This year marks the 10th anniversary of the report, which uses global survey data to analyse how people evaluate their lives in 146 countries. 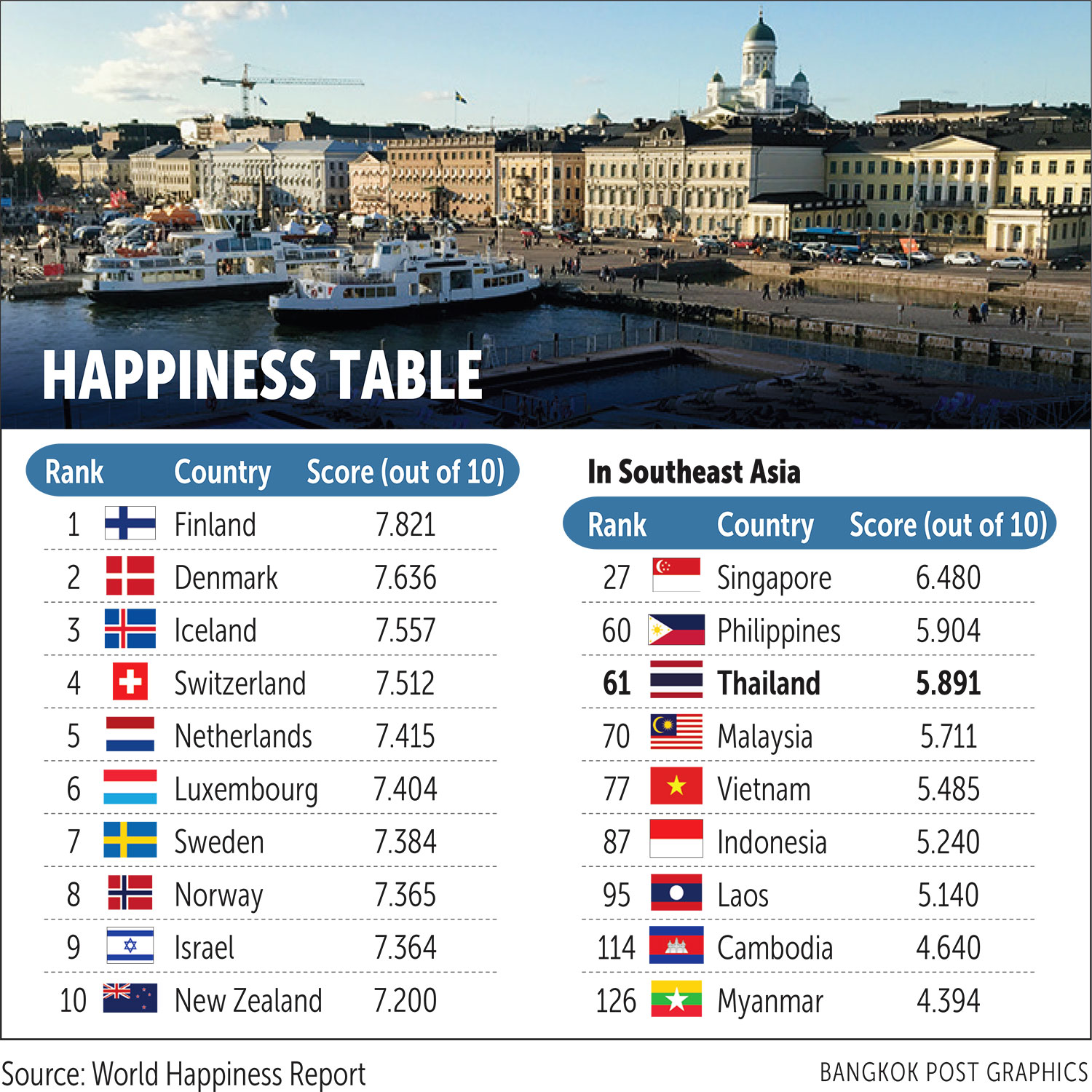 For the fifth year in a row, Finland takes the top spot as the happiest country in the world. Ranked second is Denmark, followed by Iceland, Switzerland, the Netherlands, Luxembourg, Sweden, Norway, Israel and New Zealand.

This year's report comes amid the Covid-19 pandemic, which has upended lives around the world, said John Helliwell, a Canadian economist and editor of the World Happiness Report.

"Covid-19 is the biggest health crisis we've seen in more than a century," Mr Helliwell said.

"We found during 2021 remarkable worldwide growth in all three acts of kindness monitored in the Gallup World Poll: helping strangers, volunteering, and donations were up strongly in every part of the world, reaching levels almost 25% above their pre-pandemic prevalence.

"This surge of benevolence provides powerful evidence that people help others in need, creating in the process more happiness for beneficiaries, a good example for others to follow and better lives for themselves," he said.

Jan-Emmanuel De Neve, director of the Wellbeing Research Centre at the University of Oxford, said that at the very bottom of the ranking, the research team found societies that suffer from conflict and extreme poverty.

"Data considered in the World Happiness Report offers a snapshot of how people around the world evaluate their own happiness and some of the latest insights from the science of well-being," said Assoc Prof Lara Aknin, of the Department of Psychology at Simon Fraser University.

"This information is powerful for understanding the human condition and how to help people, communities, and countries work toward happier lives."