The Bunnag clan from the inside
Life
Social & Lifestyle

The Bunnag clan from the inside

A highly personal rediscovery of a prominent Thai family

Bunnag may be the best-known surname in Thailand because of the size of the clan, its historical role, and the name's blessed two-syllable brevity. The resounding title of this book suggests a grand tale of the clan marching through history. Not so. This is an intensely personal account of one person refinding himself in the shadow of the past. 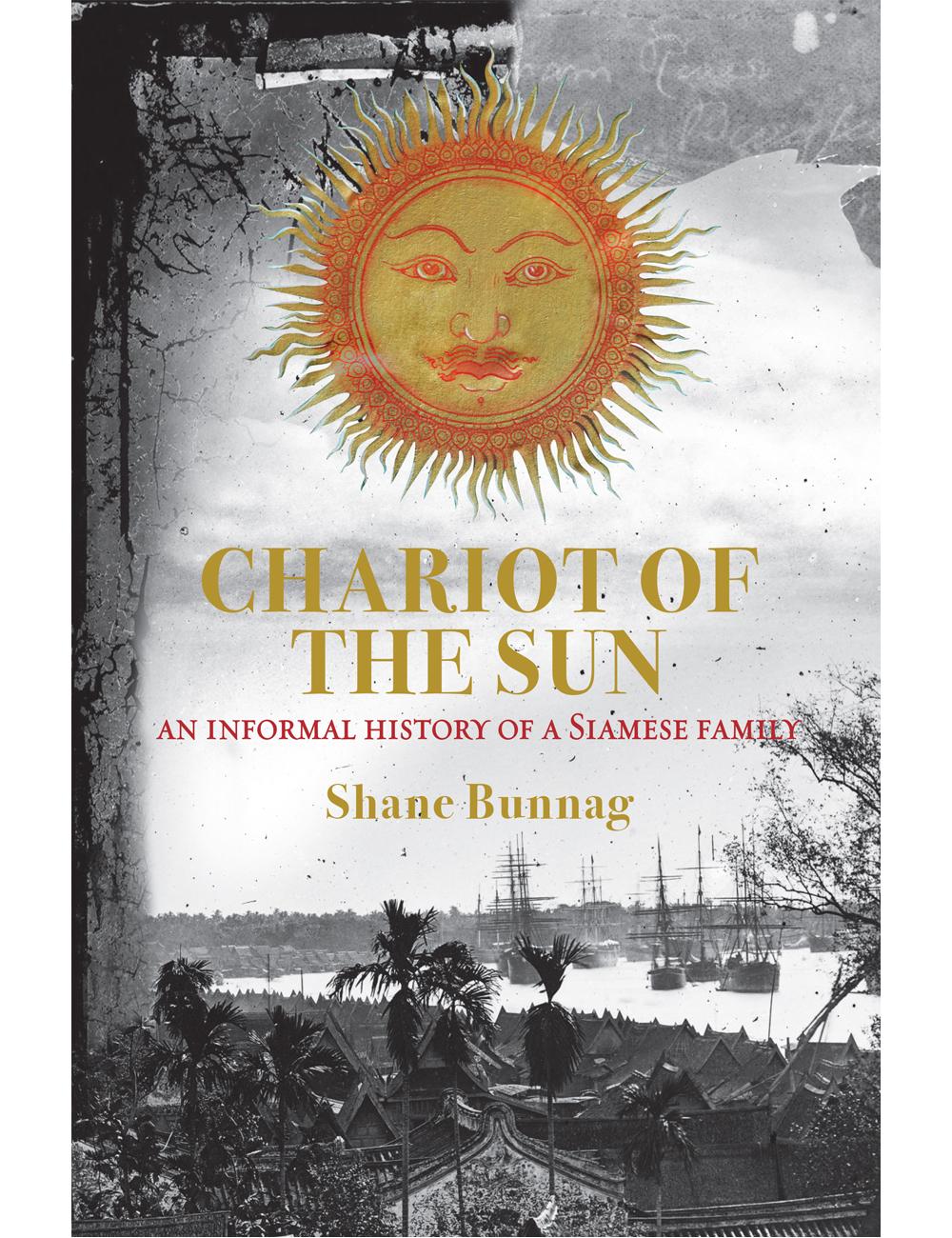 Shane Bunnag is an artist, photographer and filmmaker, or essentially a visual man. Here, he writes in prose but uses words like a painter. The blank spaces contribute to the picture as well as colours. The sequence of the story is scattered like scenes of a mural painting. The meaning of the work is conjured by alchemy in the mind of the reader and viewer, and not on the page or canvas.

Sheik Ahmed, the ancestor of the Bunnag clan, arrived in Siam from Persia around 1600. His descendants became prominent under King Narai, and even more prominent when the patron of one Bunnag became the founder of the new Bangkok kingdom in 1782. However, sources of this early history are sketchy. There are names, long official titles, and battles, but no detail to bring the story to life. Shane skips through this part at speed.

In the mid-19th century, the Bunnags become the second family of the Kingdom, dominating government and building a fiefdom in Thon Buri. The sources now have vignettes, photographs and quotes that give the story more depth and colour. Shane lingers on the figure of Chuang Bunnag and the extraordinary extent of his power with a mixture of awe and ambiguity. He does not just report the numbers of wives of the Bunnag grandees, but insists on relaying their names: "Taptim, Yai, Chua, Pard, Chaem, Chum, Kaap…."

After King Chulalongkorn transformed Siam at the end of the 19th century, the family's prominence ended rather abruptly. Descendants continue to have splendid careers in foreign service but no meaty power. The Thon Buri fiefdom fell apart but the family's wealth has allowed survivors to sample Europe, especially the UK, for education, culture, entertainment and wives. The Bunnag surname is stitched into the tapestry of a broader elite.

But this time-bound history is only one strand of this book. Much of the story is painted by the author looking back from the present towards the past. The author sketches himself with only some wispy daubs. His father was somewhat alienated from the clan. His mother is Irish. He grew up largely in Europe, especially Greece. The birth of a son, with its reminders of the continuities of time and family, seems to have triggered this essay in rediscovery.

Throughout his early life, Shane's main connection to Thailand and to his family was through his grandparents, Tula and Chancham, and their large Thai-style house in Phra Khanong, which used to be a marshy outskirt of Bangkok. This couple and this house dominate the book. Tula was the only male heir of one of the main lines of the Bunnag clan. He had the standard foreign service career of the latter Bunnags but seems to have been happier when sketching, painting and making intricate mother-of-pearl inlays. Chancham was a writer and translator, notably of Kukrit Pramoj's Four Reigns, undoubtedly the most-read Thai novel in translation, and Princess Viphavadi Rangsit's Prisna, often adapted as film and TV series.

To build this retrospective history of the clan, Shane taps the memories and memorabilia of the surviving family members, and tramps around the Klong San district of Thon Buri, nosing out the remains of the clan's 19th-century fiefdom. These two strands tell a similar story. The family and its properties are gradually overwhelmed by the country's rapid change, especially by the growth and globalisation of Bangkok. Since 1932, the clan members had only small and fleeting roles in the nation's political history. The residences, gardens and public projects of the great Bunnag figures of the mid-19th century have been buried beneath Bangkok's new infrastructure, especially highways and bridges.

In a conscious echo of the plot of Four Reigns, the decay and eventual disappearance of Tula and Chancham's Phra Khanong house brings the narrative to a close. The house not only crumbles because of age and neglect but is "engulfed by the city, its noise and dirt" -- hemmed in by surrounding developments, which render it unliveable. After dismantling, the timbers are lost in the great flood of 2011.

But this is not a sad story. The word "decline" never appears. Throughout the book, flooding is a motif not only of destruction but also of renewal, an inherent characteristic of Bangkok's delta location, and a constant of history's impermanence. The coda of the book is an even more powerful vignette of renewal involving Shane's son and the planting of a tree.

The book is dotted with photos, mostly by the author. Several are small, blurry, indistinct. They give the book the feel of a family scrapbook, but also seem to be a reminder that the past is blurry and indistinct, and that history in the end is a personal experience.

Anywhere in the world, this book would be a surprise because of its unusual blending of memoir and history, and Shane Bunnag's painterly style of prose. In Thailand, where families are private and biographies are rare, there is something intriguing and slightly shocking about this burrowing into the Bunnag past. This is an extraordinary, beautiful and rather daring book.