'So much joy': Brazil holds first carnival since Covid-19

After two long years, a flood of dancers and drummers reclaimed the iconic beach city's "Sambadrome," its dedicated carnival parade venue, which had been turned into a drive-through vaccination centre at the height of the health crisis.

The all-night parades by the city's top samba schools Friday and Saturday nights are the first since February 2020, marking a turning point for hard-hit Brazil, where Covid-19 has claimed more than 660,000 lives, second only to the United States.

"I'm just so happy. I think a lot of people are going to cry when the parades start, including me," said Ana Vieira, a 48-year-old geography teacher, who was dressed in a giant, sparkling white costume awaiting her turn to parade for the Imperatriz samba school.

"Carnival is life. You can see the happiness on people's faces after two long years staying home and missing it," Vieira, who has been parading for 20 years, told AFP. But the festivities took a tragic turn before they began, when an 11-year-old girl died after being injured in a horrific float accident during a lower-level samba school parade contest Wednesday night, a preview of the main event.

She was rushed to the hospital, but died Friday of her wounds, city officials said.

There were fears the carnival party would be axed again in 2022, after Rio authorities canceled it last year, then postponed it by two months this year from the traditional dates -- just before the Catholic season of Lent -- over fears of the omicron variant.

But with more than 75% of the South American country's 213 million people now fully vaccinated, the average weekly Covid-19 death toll has plunged from more than 3,000 a year ago to around 100 now -- allowing the show to go on. 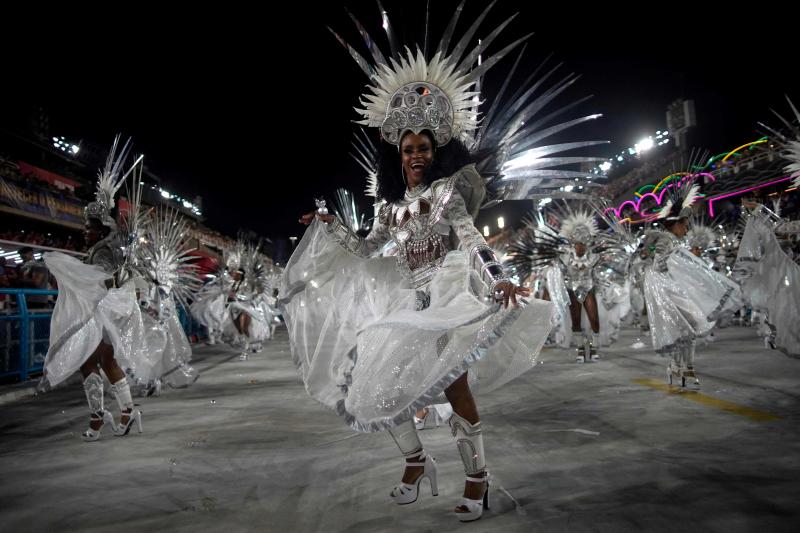 All participants and the 75,000 attendees expected each night are required to present proof of vaccination.

City officials have not authorised the massive carnival street parties known as "blocos," but several smaller ones are still being held.

The pandemic left Brazilians full of "saudades" -- Portuguese for "longing" -- for carnival, a free-for-all of dancing, singing and partying at close quarters that is essentially the opposite of social distancing.

"I couldn't sleep last night, I was so excited," said Rita Marcelino, who was dancing the samba as she prepared to parade in an elaborate African costume.

"I was waking up every two minutes," said the 62-year-old domestic worker, who lost her job and "many" friends and family members to the pandemic. 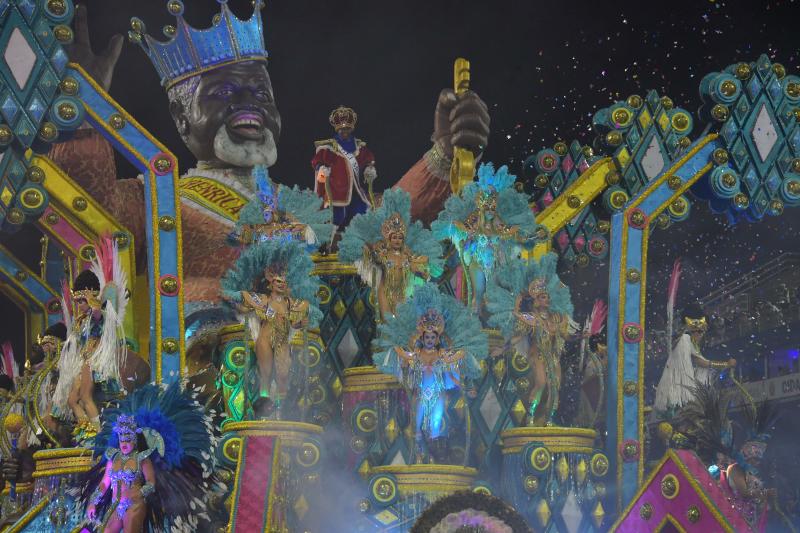 Each samba school in the competition has 60 to 70 minutes to tell a story in music and dance, to be evaluated on nine criteria by the jury.

The reigning champions, Viradouro, chose as their theme Rio's epic 1919 carnival -- the first celebrated after the devastation of another pandemic, the Spanish flu.

"No sadness can withstand so much joy," says their samba theme song. 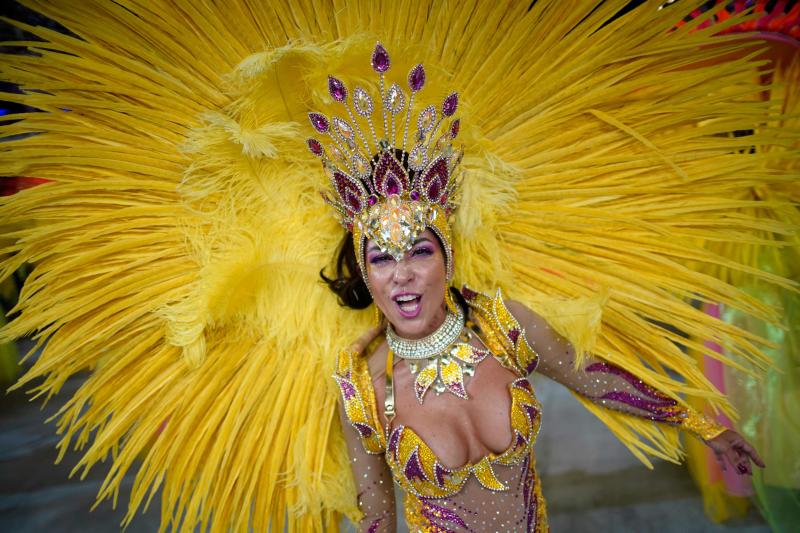 Of the 12 schools, eight chose themes dealing with racism or Afro-Brazilian history, loaded issues in a country where the current president has faced frequent accusations of racism.

Their samba songs include treatments of the Black Lives Matter protests; tributes to two "orixas," or deities, of Afro-Brazilian religion; and celebrations of black samba singers. 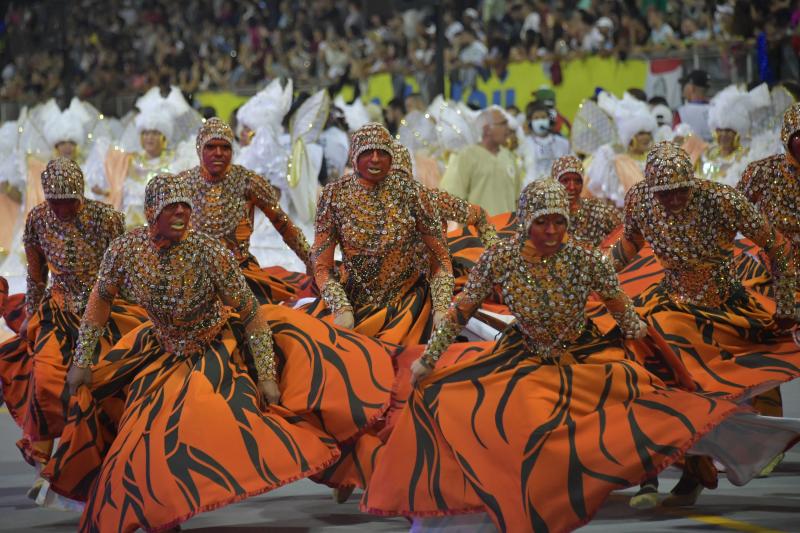 Carnival should also provide some needed relief for the pandemic-battered economy.

Beyond the swirl of floats, feathers and barely covered flesh, carnival is big business, moving some four billion reais (US$800 million) and creating at least 45,000 jobs, according to official figures.

Participants were just happy the party was back.

"We've had two years of so much darkness in the world," said Latino Suarez, 45, who travelled from Sao Paulo to parade.

"Brazil without carnival isn't Brazil. It's part of who we are." 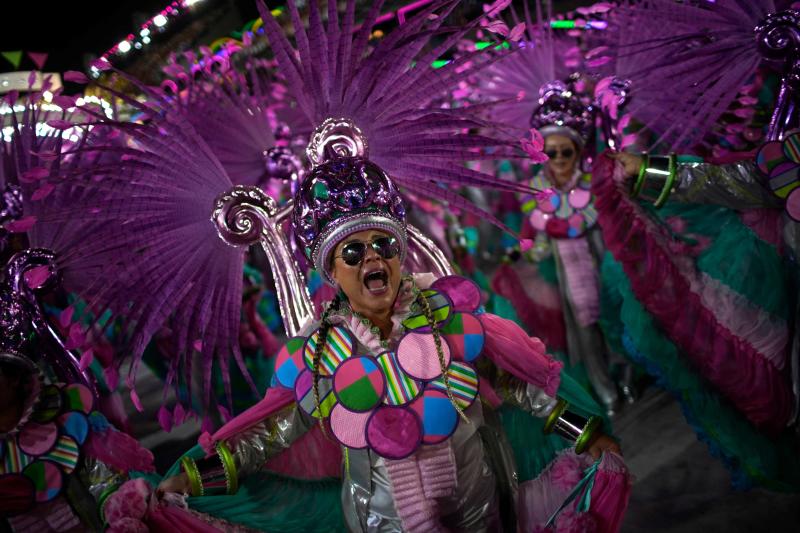 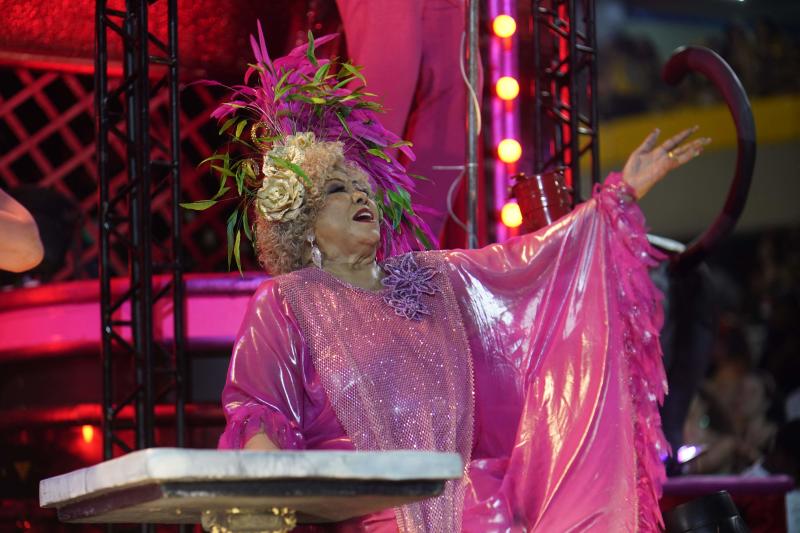 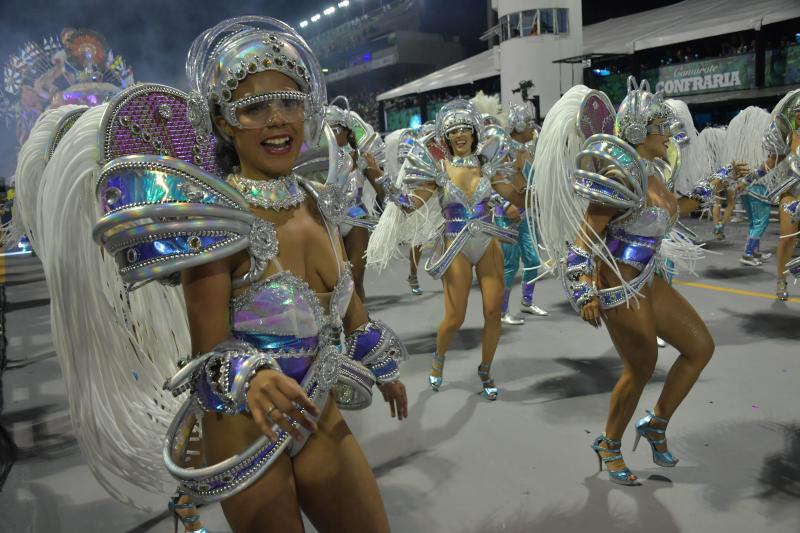 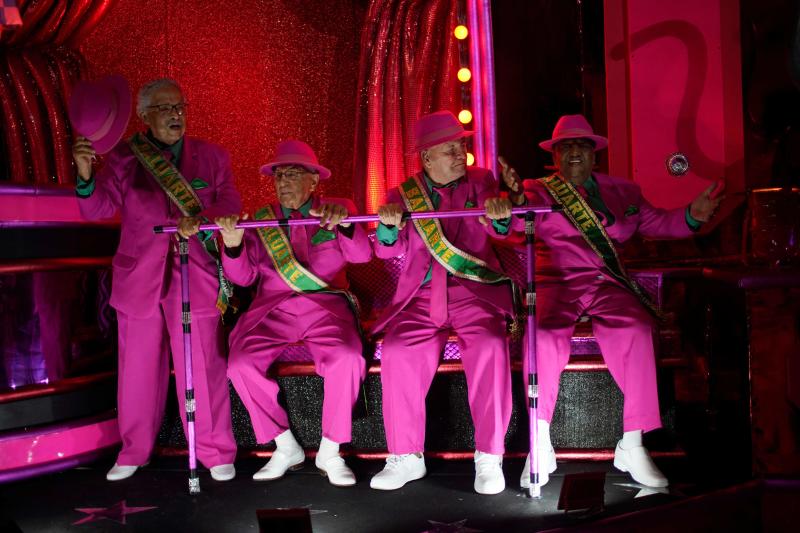 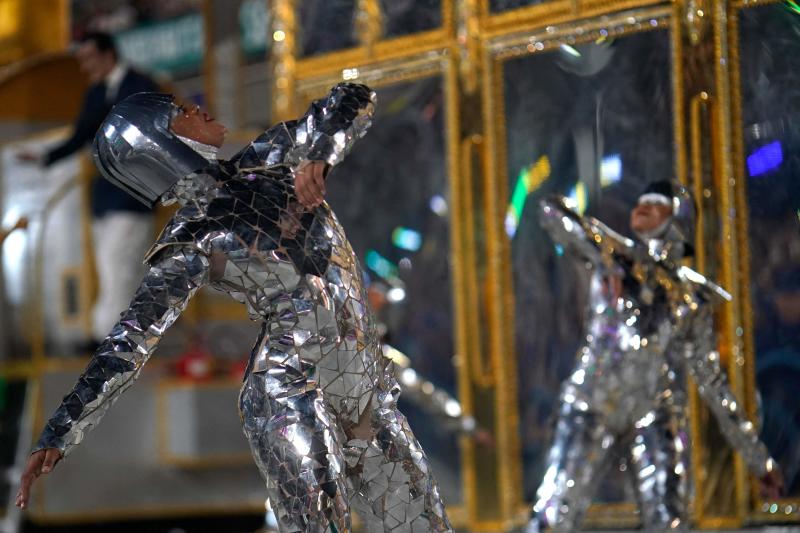 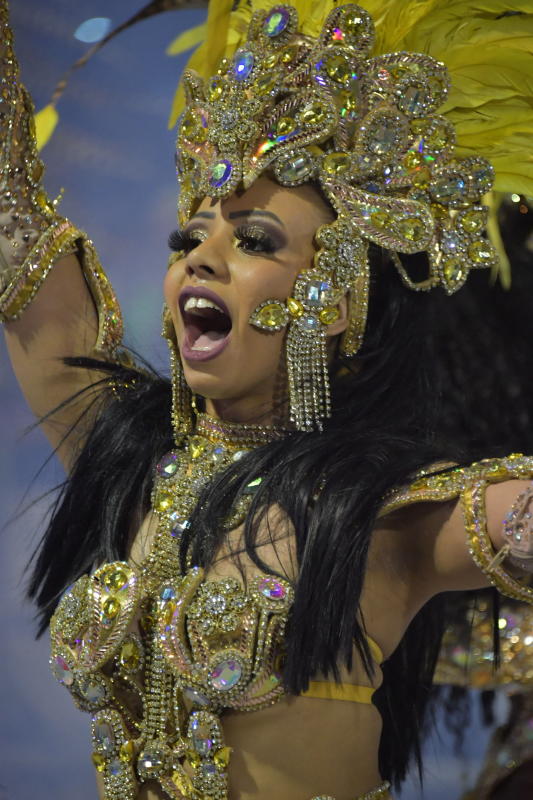 A member of Academicos do Tucuruvi samba school performs at the Marques de Sapucai Sambadrome.