A multitude of cuisines

The beauty of the cuisines of India is the fact that there are never-endings. It is possible to never have the same dish twice within the span of a couple of months.

This would explain why Jhol on Sukhumvit 18 is never done with its menu and keeps adding new dishes every few months. Covering the vast Indian coastline, the restaurant serves up a plethora of coastal cuisines from the sub-continent, from the well-known to the lesser known. From the Snacks section, do order the Beguni (B290), which are aubergine fritters served with a kasundi dip (mustard) and kaffir lime podi (spiced powder). A popular dish in the eastern regions of India, this is an excellent snack during the monsoons. At Jhol, it goes well with Draupati (B180) a cocktail made with green mango, ginger, habanero, pink salt and magic masala. Looks fancy, too! 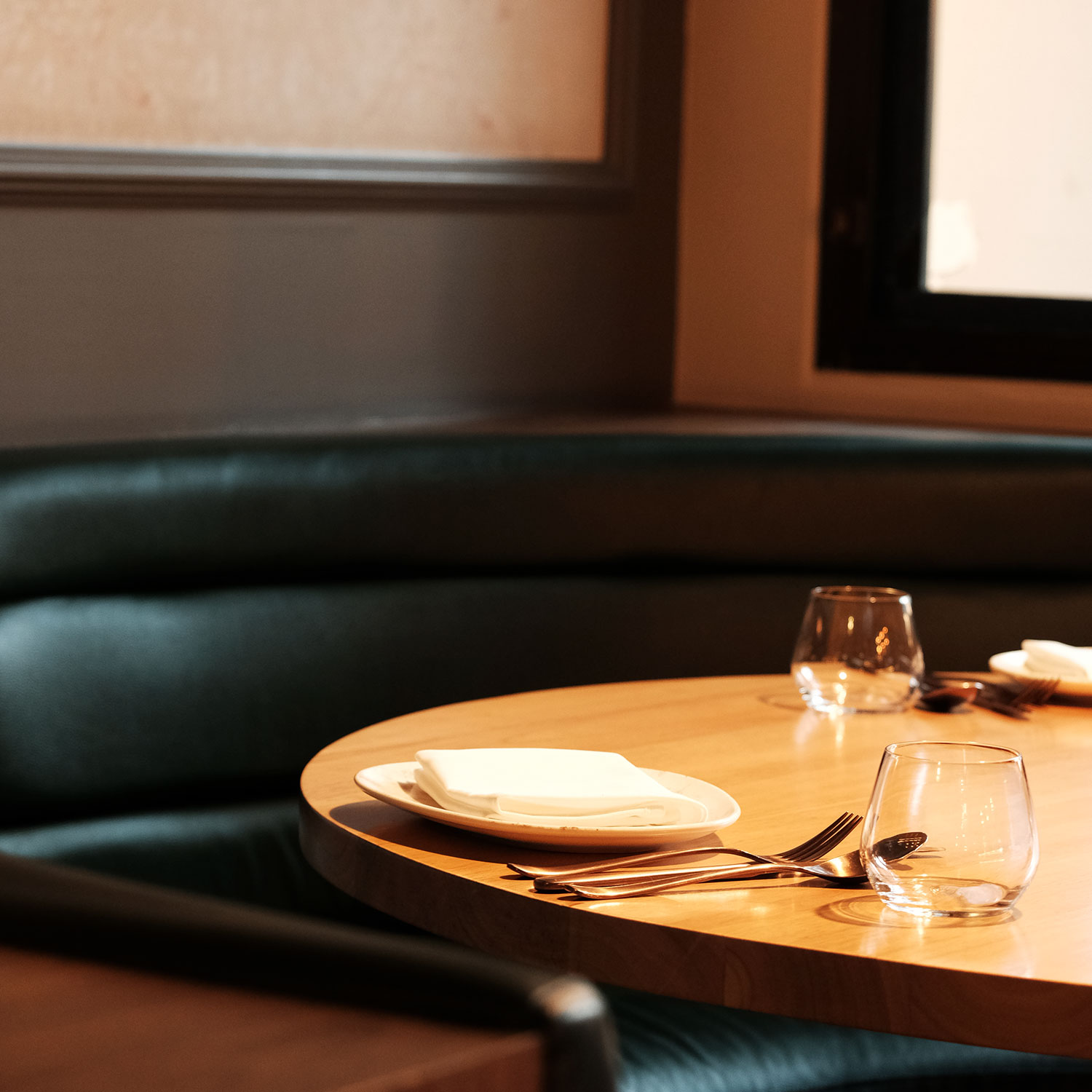 From the Small Plates in the Meat & Poultry section, the Baby back injipuli pork ribs (B490) is a good dish to ditch the cutlery for. The slathering of the ginger, tamarind and jaggery glaze makes the ribs finger-licking good! A delicacy from "God's own country" aka Kerala, the spicy tangy injipuli is a ginger pickle made, generally, during the Onam harvest festival. The Mushroom pollichatu (B420) served with edamame poriyal and lemon rice is a more of an Indian fusion dish. Pollichatu is the Malayalam (the state language of Kerala) word for grilled or roasted, and at Jhol the mushrooms are grilled in a banana leaf and topped with the edamame.

The Alleppey fish curry (B620) is also from the state of Kerala, where Alleppey is. Usually a dish cooked with fish freshly-caught while cruising the backwaters on a houseboat, the red spicy curry has mango in it for tang. Traditionally served with matta rice and tempered taro, it is served as is at Jhol. The matta rice is an indigenous rice grown in the Palakkad district of Kerala and is rather rough compared to fluffy rice varieties. 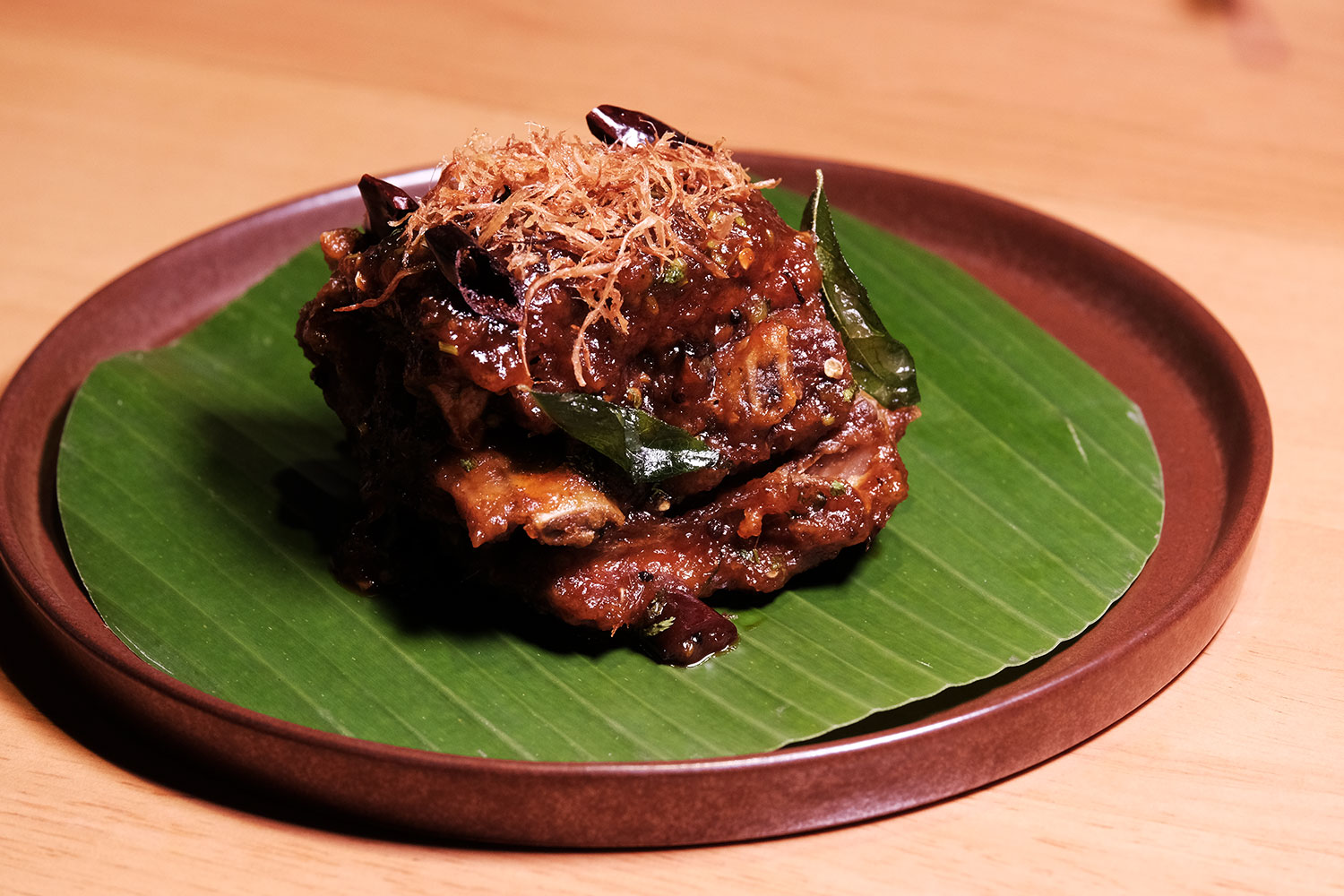 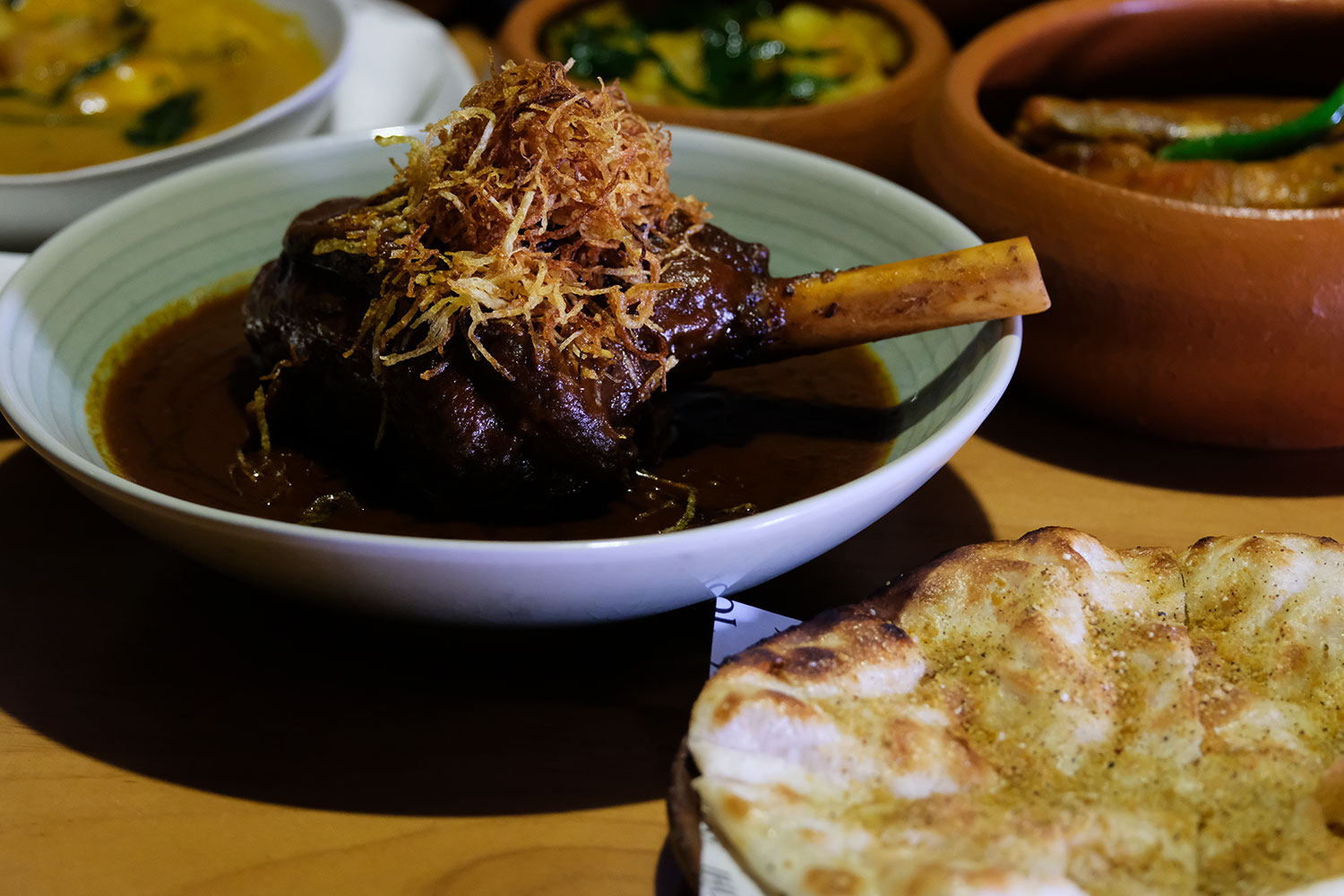 If you're into prawns, then the Chingri malaikari (B620) or Bengali-style tiger prawn curry is what you're after. The ghee rice that accompanies the dish, adds to its smooth richness. Is there anything else that goes better with a good prawn curry other than buttery rice? The Chettinad lamb shank (B890) is a feast and has black pepper, stone flower and is topped with crispy potatoes. Though visually it may look similar to a masaman, it tastes nothing like it.

The Nilgiri chicken korma (B560) served with baby aubergines and gunpowder idli is another fav. The Nilgiris is a district in the Indian southern state of Tamil Nadu, though the famous Nilgiri Hills are spread over two other states -- Kerala and Karnataka. The chicken korma dish is a classic from the region and the vibrant green colour of the masala mimics the hill range. I must warn you that "gunpowder" isn't real gun powder but the spice mix of the South that gets its name from the potent red chillies in it.

A dessert perfect for the season is the Mango kulfi (B290), which has white chocolate and kaffir lime cream. Fan favourite Baby banana (B290), with cardamom and filtered kappi (South Indian coffee) ice cream remains on the menu. I am partial to the Pink guava and spiced salt sorbet (B160).

The only downside to dining at Jhol is the wait until the season or menu changes... whichever comes sooner! Call 02-004-7174. 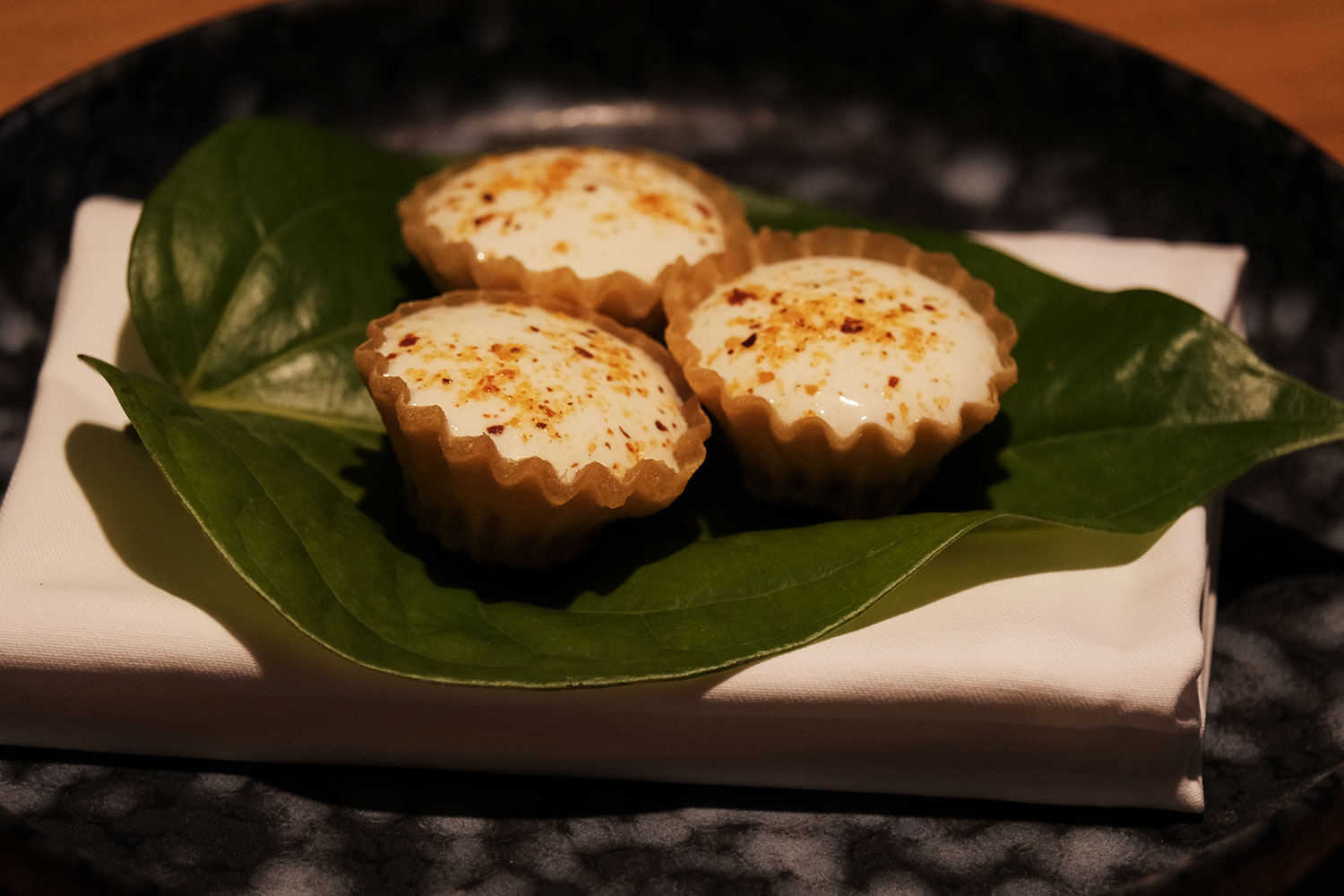 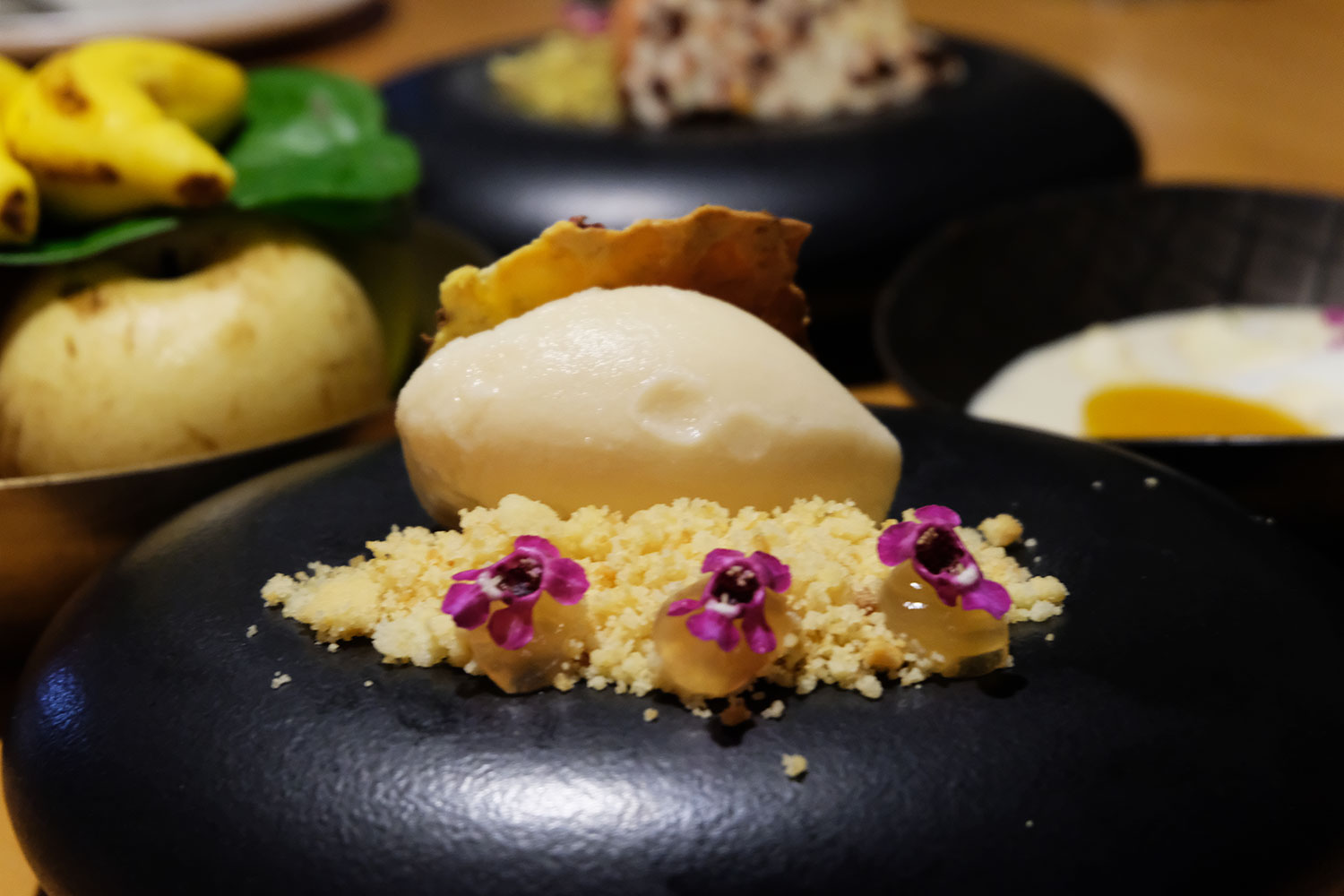 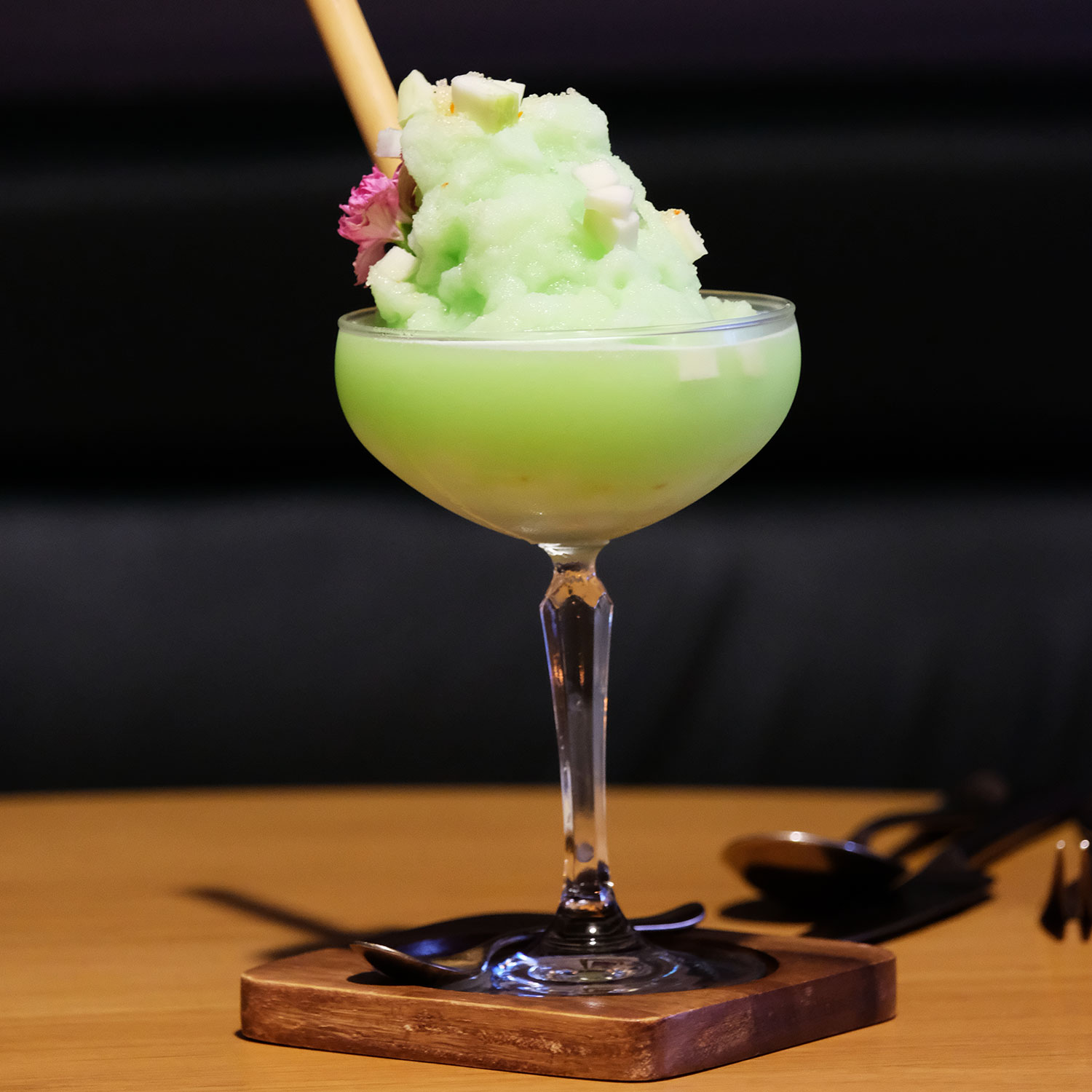 From left: The cocktails focus on local distilleries; Beguni.