A focus on the flavour
Life
Social & Lifestyle

A focus on the flavour

When Thawat Prathumpuang, the executive pastry chef at Centara Grand at CentralWorld, started his "Amazing Durian Delicacies" last year at hotel's Zing bakery and Ventisi restaurant, he expected the event to be a one-off. 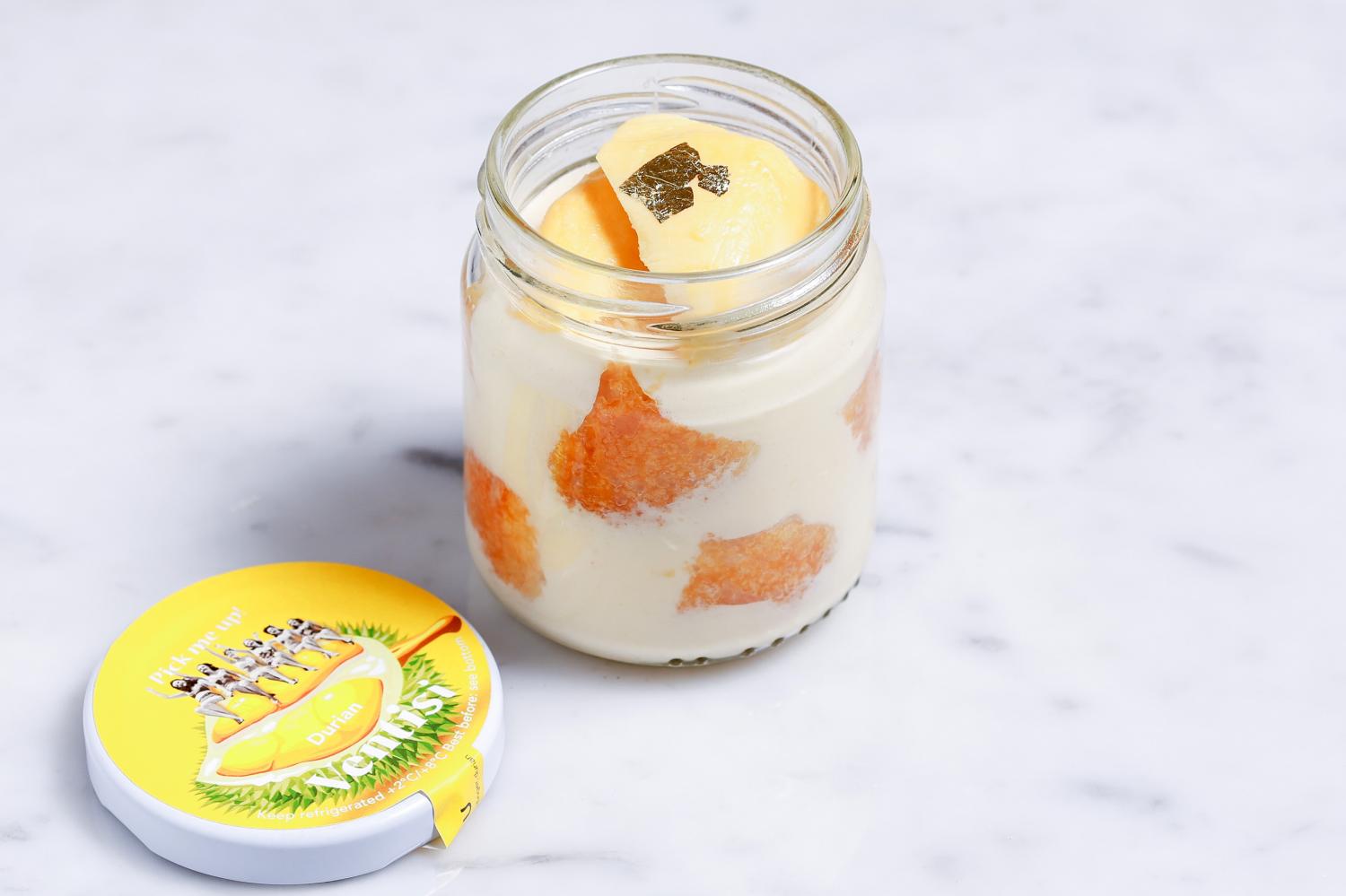 But the promotion proved so popular that he brought it back this year, even adding a few more delightful desserts to round out his menu. As the name suggests, each item is made from the famed fruit, some containing large chunks of durian flesh and others made with durian paste and flour.

The durian is a polarising fruit, known as much for its putrid smell as its sweet, custard-like taste. It's banned on most forms of mass transportation, in hotels and from the homes of immature palates.

But here, Thawat strips his creations of any offensive-to-some odour, allowing the durian's unique flavour to shine in an impressive array of desserts ranging from tiramisu to cheesecake.

While the durian is a superfood, which says nothing of its nutritional value except that it's awesome and you should eat it, its high calorie count, combined with loaded sugar and fat content of the typical creamy dessert, makes Zing the cafe of choice of the Yolo set. Also, presentations of some of the desserts are so creatively artistic (a durian-coconut mousse is fashioned into the shape of a freshly peeled durian), this promotion should be a favourite of self-styled Instagram influencers as well.

Thawat said he started the promotion, which runs until Aug 31, simply because "Thai people love durian".

"We received very good feedback from the promotion last year," he told Life. "So we thought, 'Let's continue it this year'."

The menu features 12 items, all priced at 180 baht, except for two grape-sized truffle desserts that cost 45 baht a piece.

The most popular returning item is the durian double cheesecake, topped by a cheese mousse with a baked cheese bottom and covered in a crumbled durian-flavoured sponge cake. The dessert is surprisingly light and airy, without the heaviness associated with typical New York-style cheesecake. 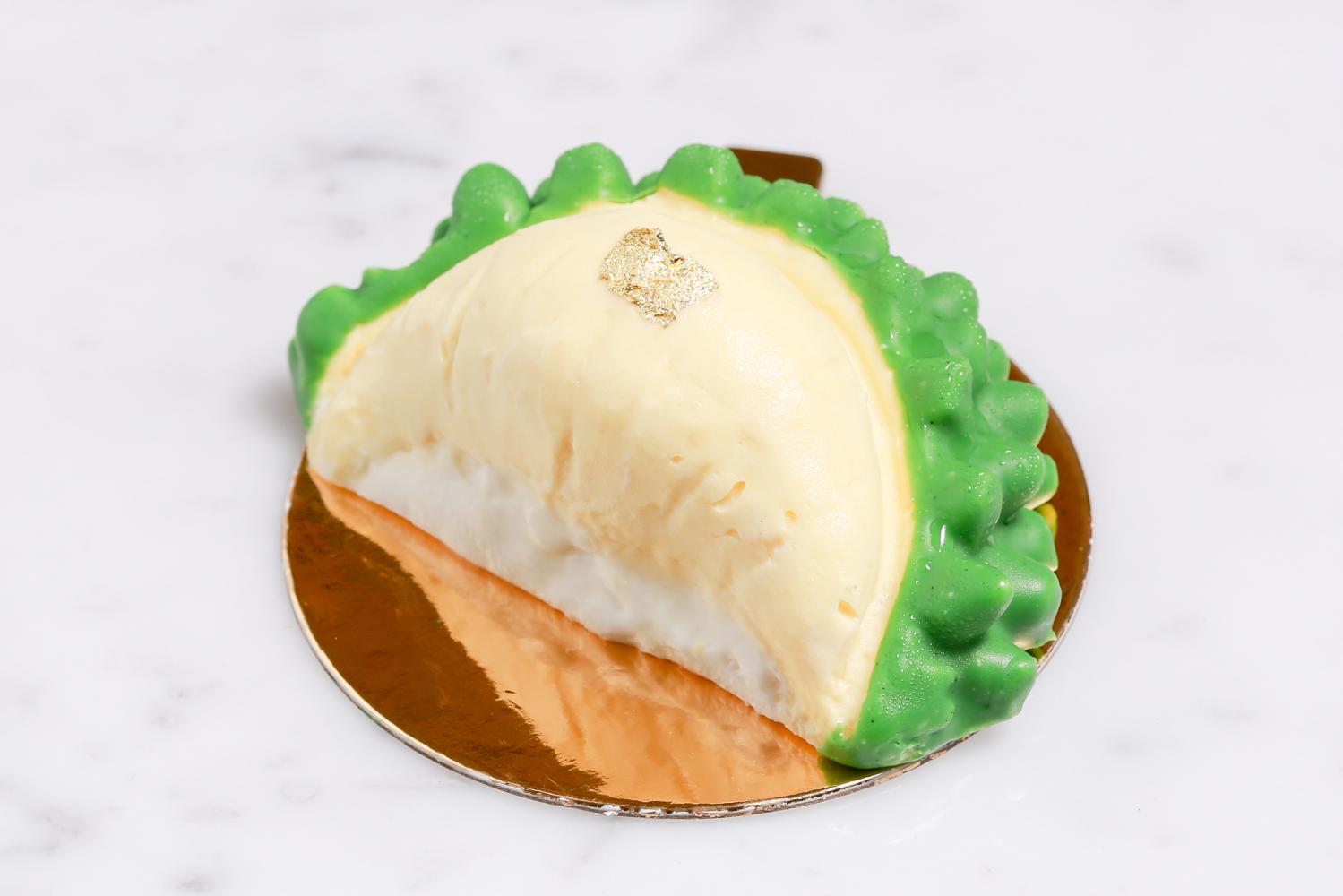 Also returning is the tiramisu, served in its own jar, which makes it an easy take-home item. It's made of a delicious blend of lady fingers, mascarpone cheese and durian mousse.

A new item this year is the chiffon coconut cream with durian in which fresh durian meat is surrounded by soft yellow cake and coconut cream. The durian taste dominates and is complimented nicely by its companions' understated sweetness.

Another new item is the durian pandan shortcake where a thin layer of durian paste is sandwiched between pandan cake and covered in a coconut mousse. No flavour overwhelms the other in this perfectly blended and satisfying dessert.

While most items are characterised by a soft and light taste and presentation, perhaps the most filling dessert is the purple sweet potato durian roll in which a layer of durian and coconut cream is wrapped in a sweet potato-flavoured cake. The roll is substantial -- it's heavy and filling -- which should make it a popular dessert to share. 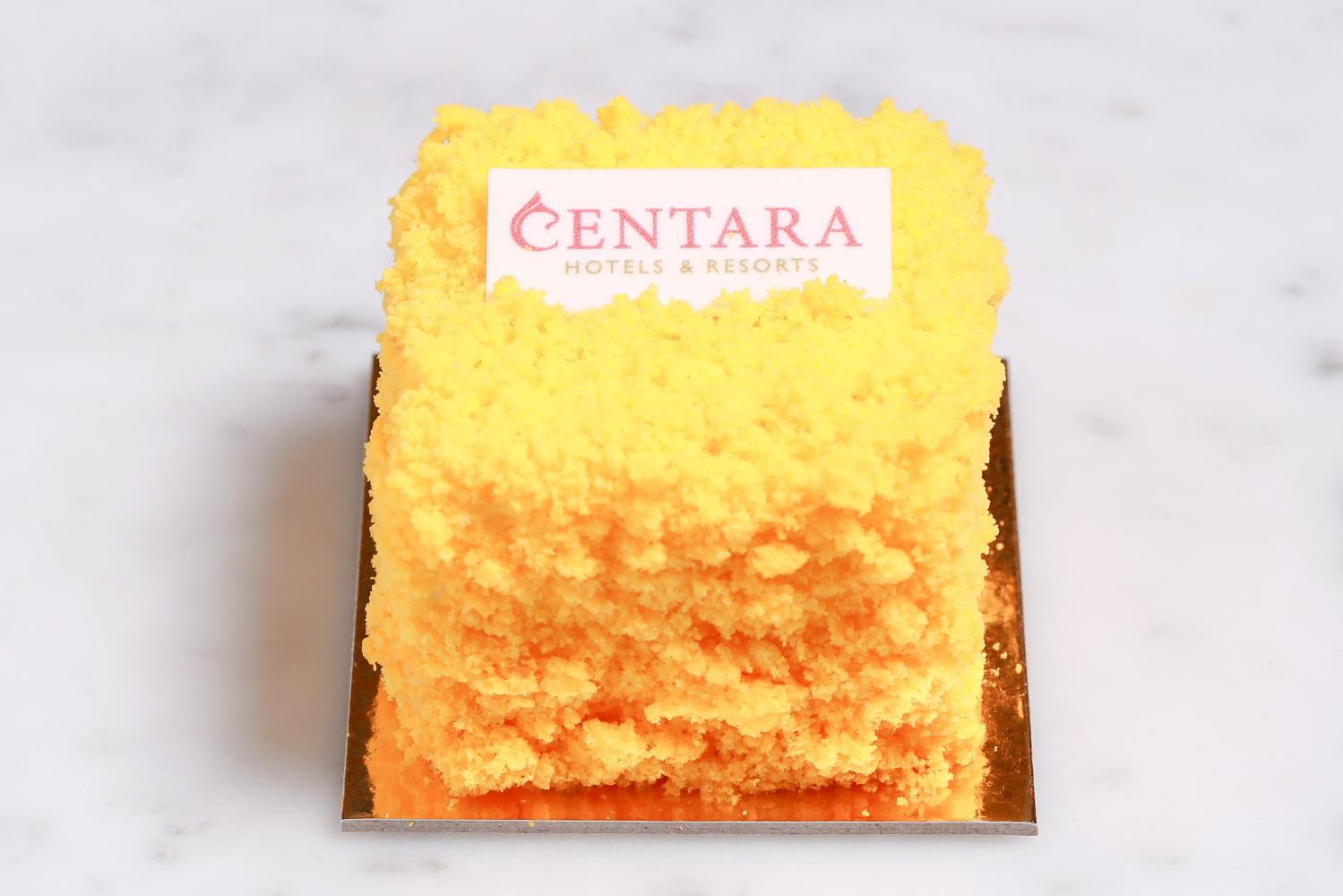 Thawat's artistic side is showcased in a truffle that's made to look like a kanyao durian, complete with a long stem made of dark chocolate and round body made from white chocolate with green durian skin.

Also new this year is the durian "pop", which looks like an ice cream but is made from a durian mousse that's so light it practically melts in your mouth.

The bakery also offers a durian afternoon tea set for two people that features bite-sized portions of the desserts, priced at 888 baht.

All items are available for dine-in or takeout at Zing, located on Centara Grand's ground floor or Ventisi, located on the hotel's 24th floor. 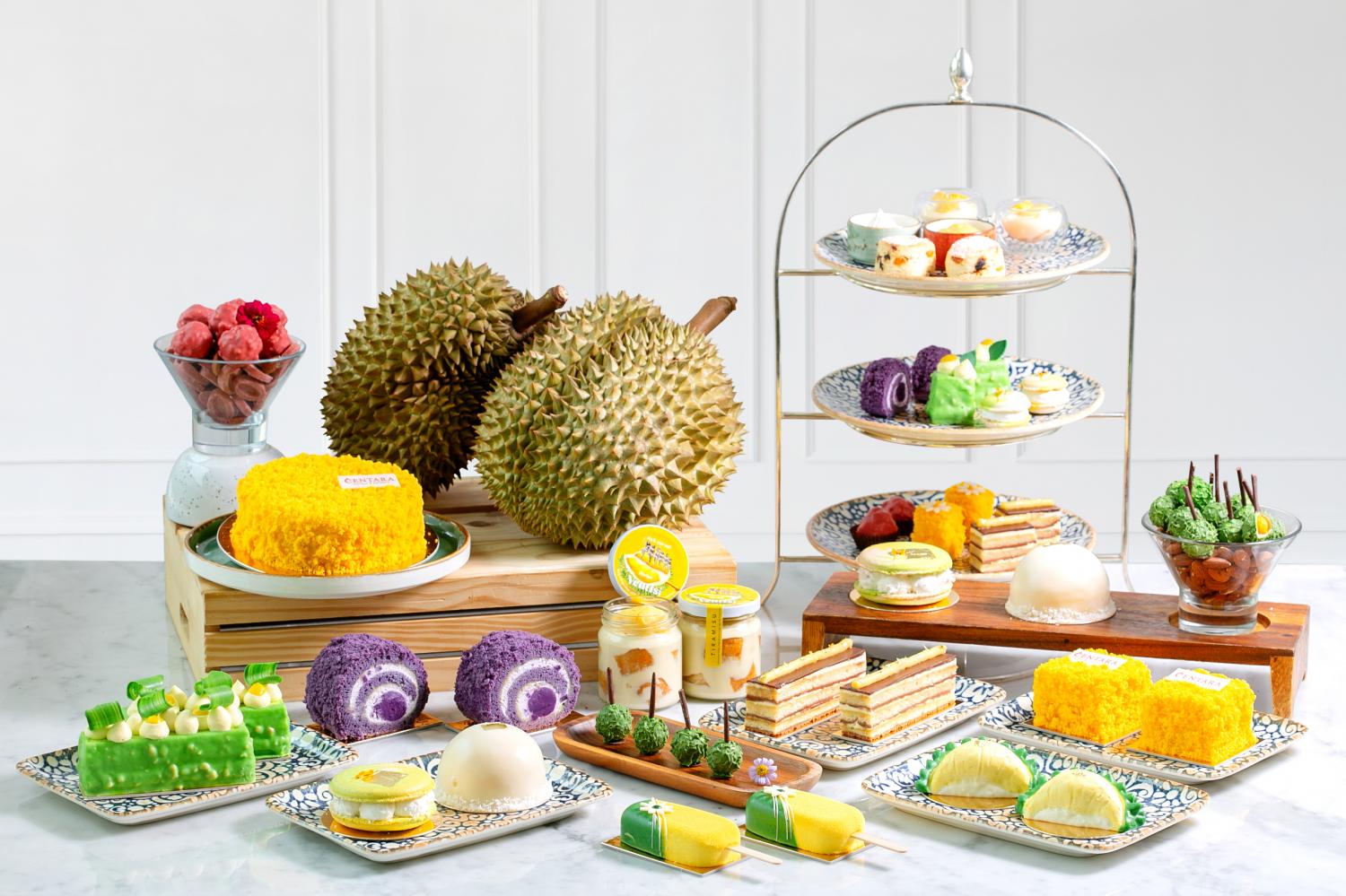 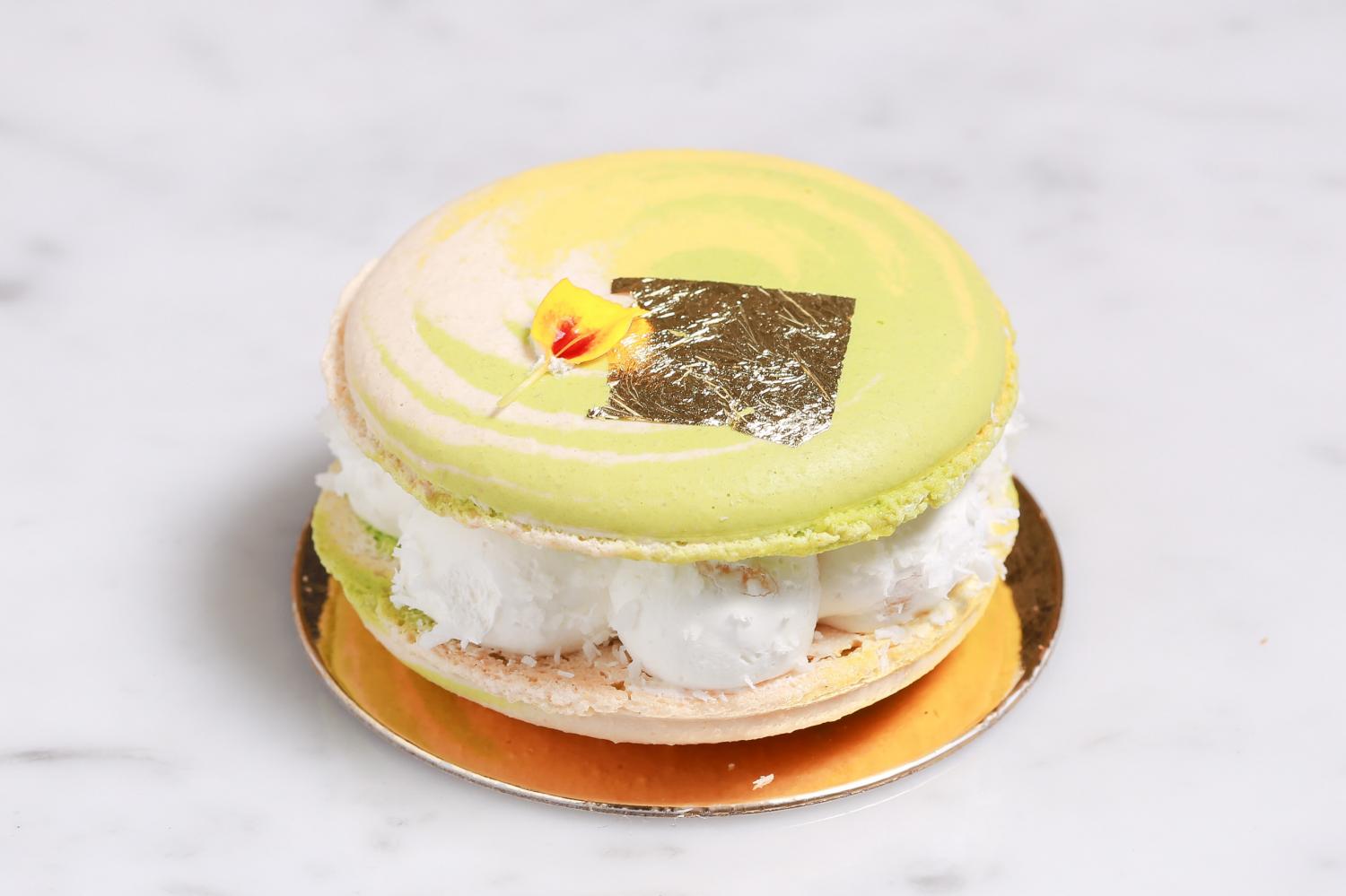 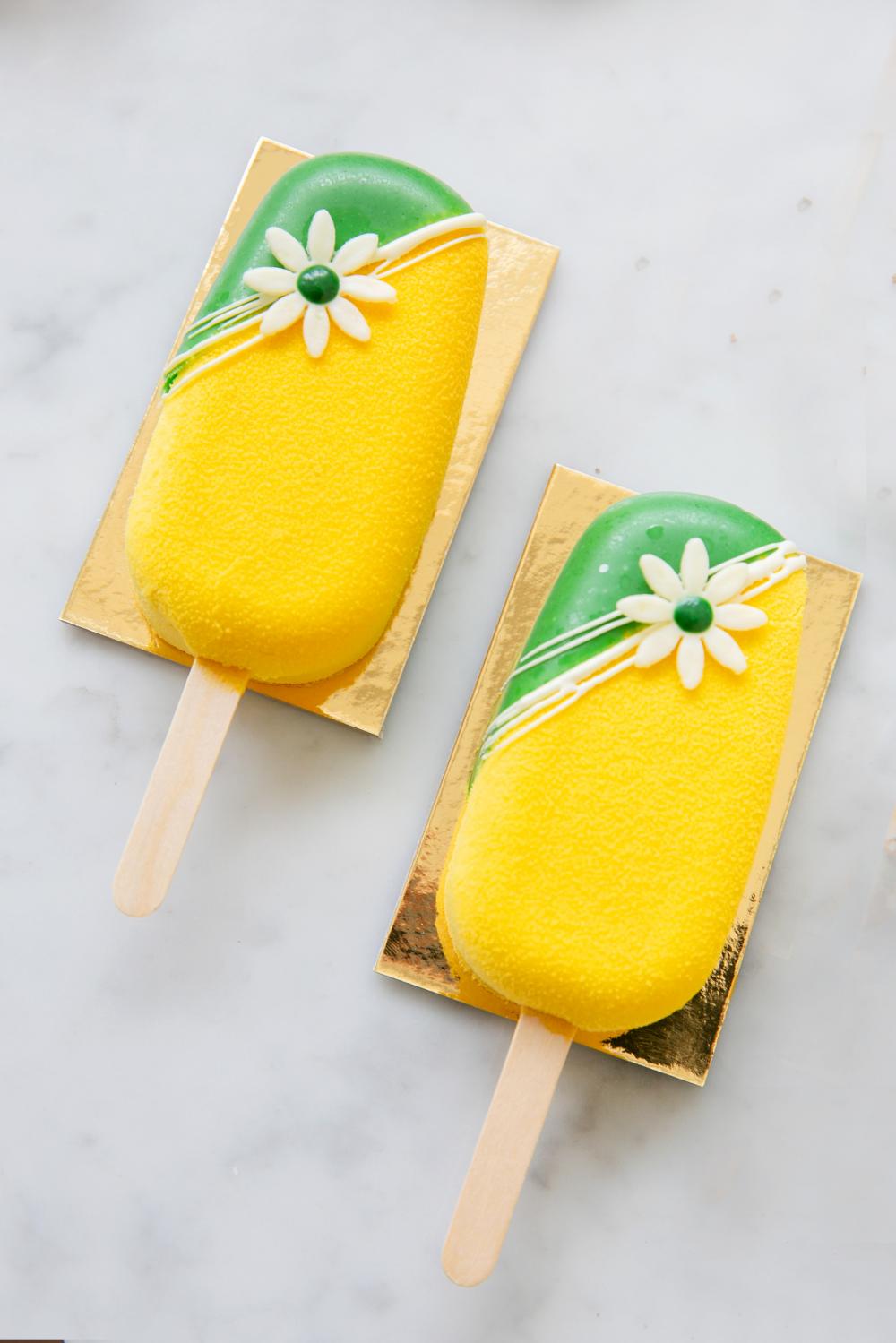 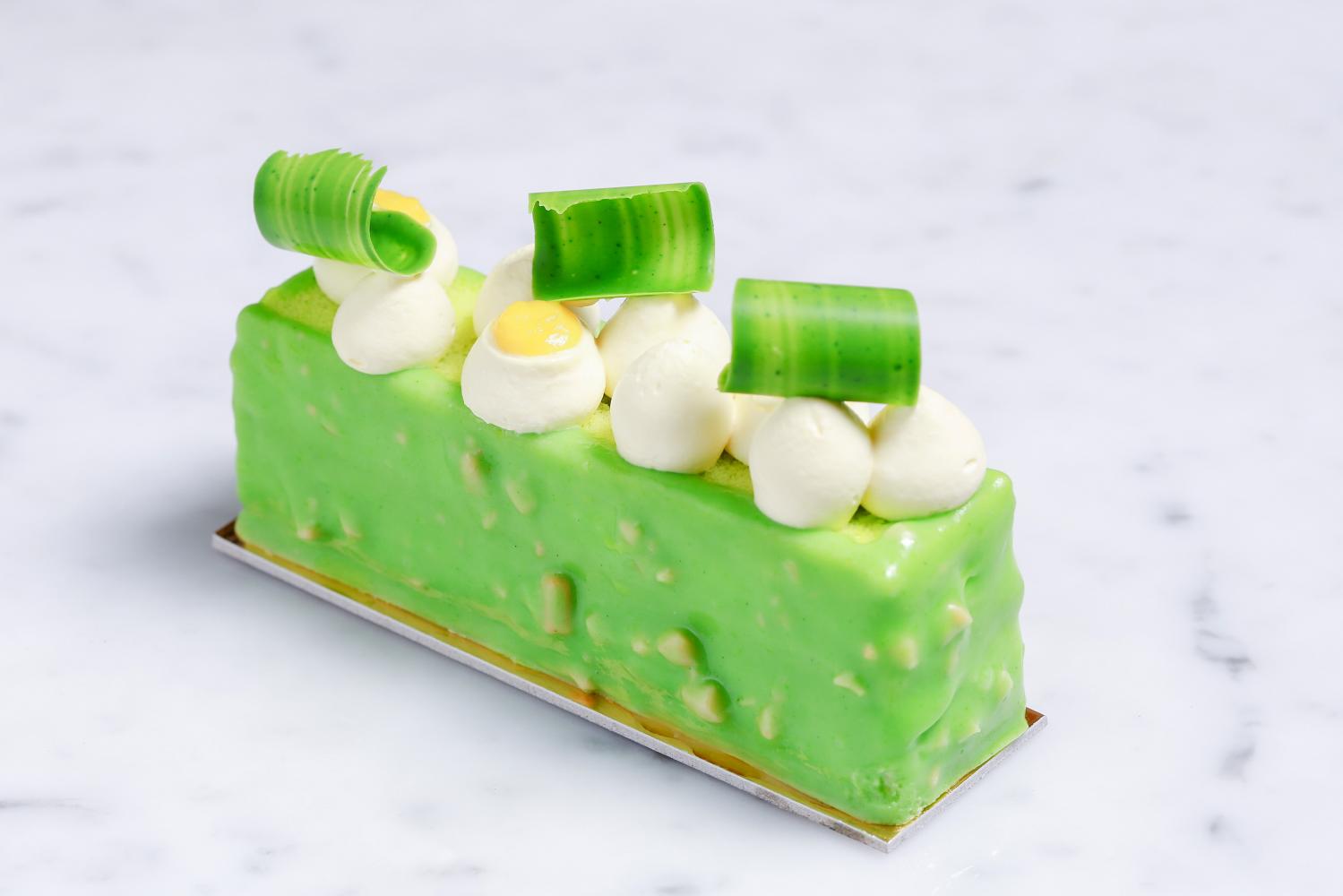 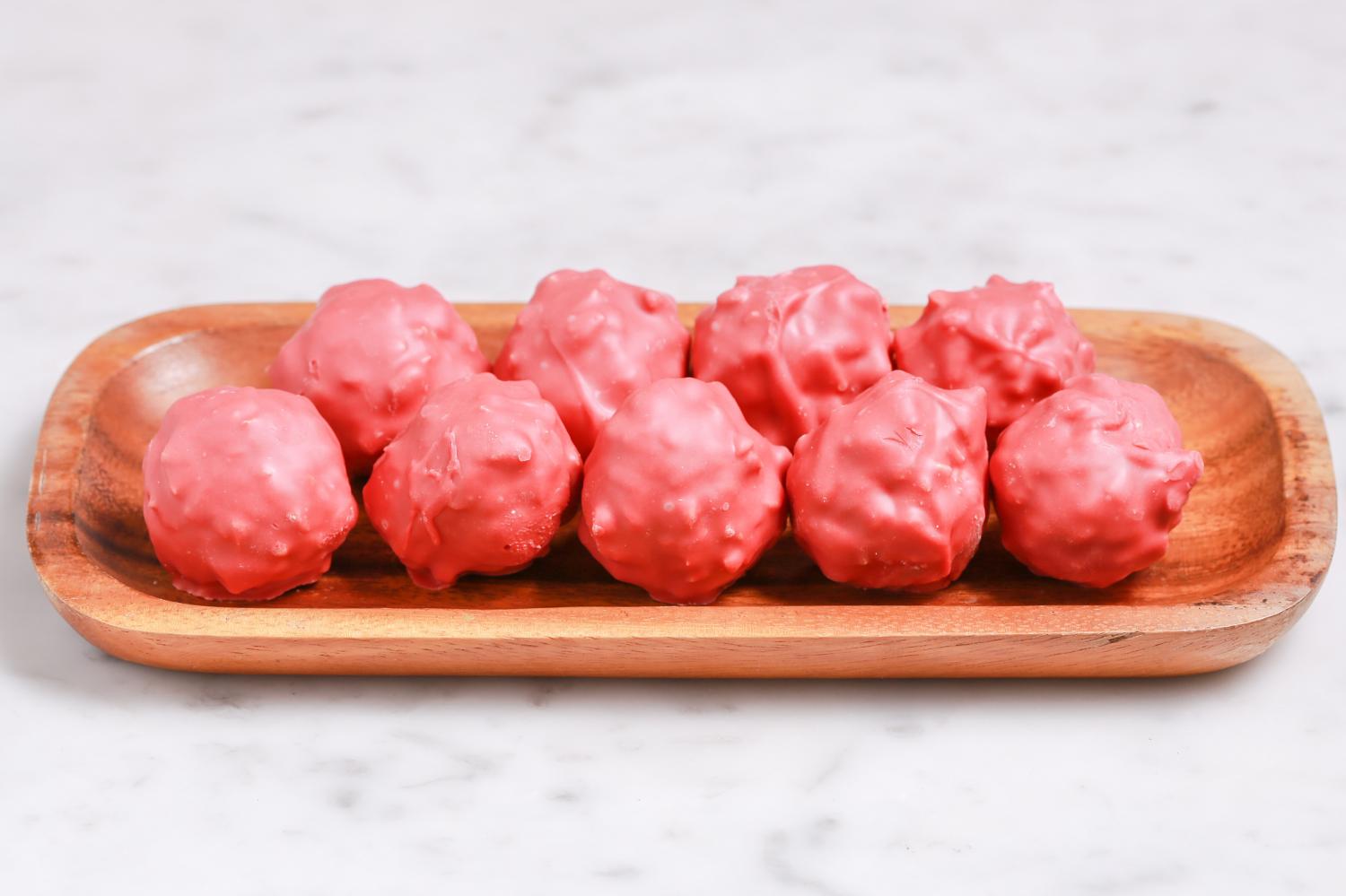