Côte by Mauro Colagreco recently earned its first Michelin star, to the delight of its founding namesake chef

For the first time since Côte by Mauro Colagreco opened at Capella Bangkok in 2020, its illustrious Italian-Argentinian founding namesake chef was finally here to meet with his guests and see in person how his culinary brainchild has flourished. 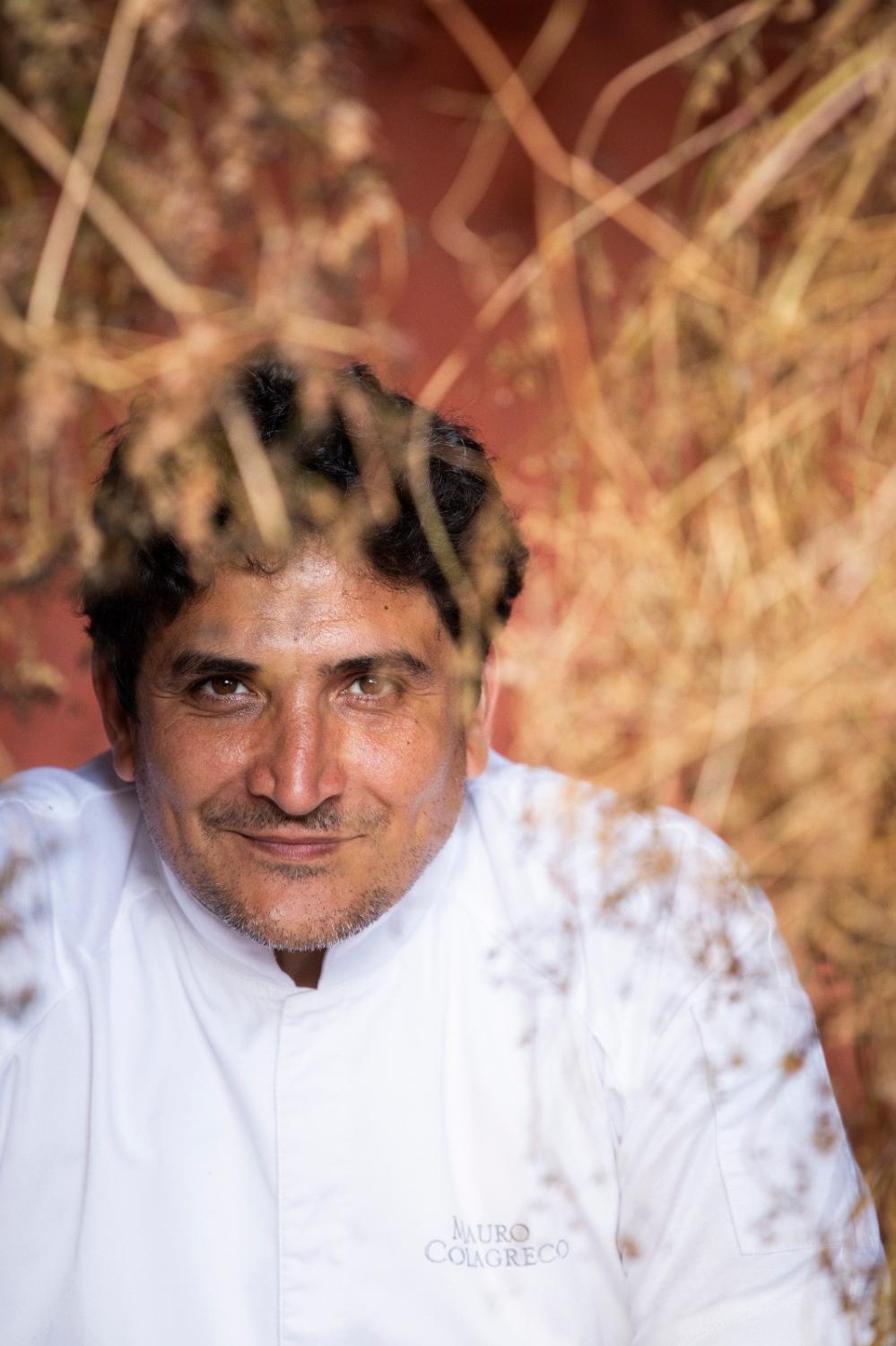 The 18-month-old restaurant, set on the banks of the majestic Chao Phraya River, has freshly earned its first star in the current edition of the Michelin Guide Thailand. And its papa is very proud.

"We made it possible because of Davide [Côte's head chef Davide Garavaglia] and our very strong team, both the kitchen and front of the house, including Thibaud [maître d' Thibaud Charlemarty] and Jay [head sommelier Jay Bottorff]. I believe we have built something very special here," said Mauro Colagreco.

A familiar face among the present day culinary crème de la crème, Colagreco is the chef patron of three Michelin-starred restaurant Mirazur in the French Riviera, and the first chef not born in France to be awarded three stars in the French edition of the Guide. 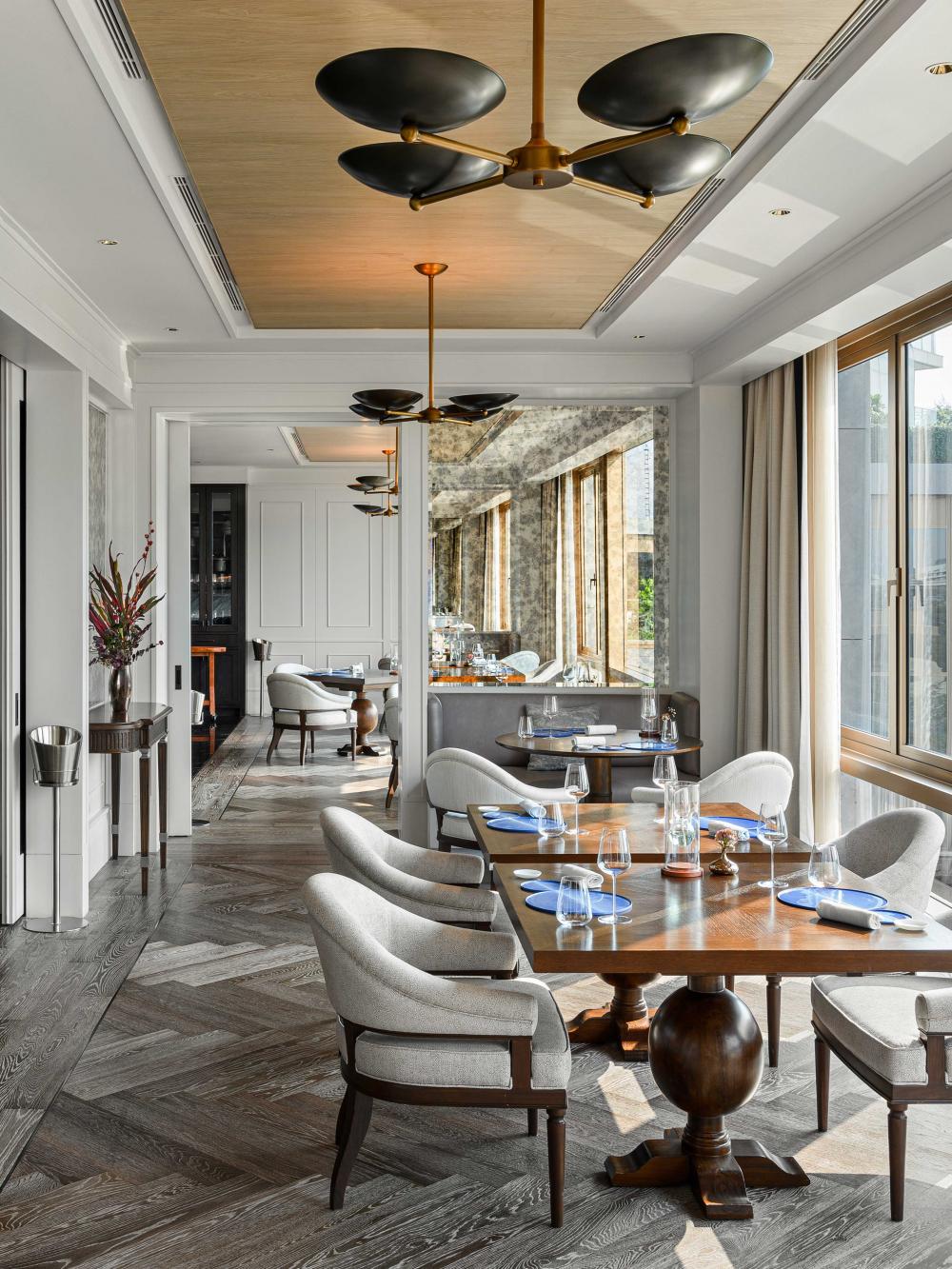 "I love Thailand. I always wished to open a restaurant here. And yes, Côte is a baby version of Mirazur. The first one in the world."

Modern Mediterranean cuisine with a very personal approach is what the multi-award winner defines his style of cookery.

"The Mediterranean is blessed with mountains, oceans, and plenty of ingredients. There are also diversities of cooking cultures and influences, from North of Africa to Middle East to Europe. But the one thing all of them have in common is the appreciation of great seasonal produces." 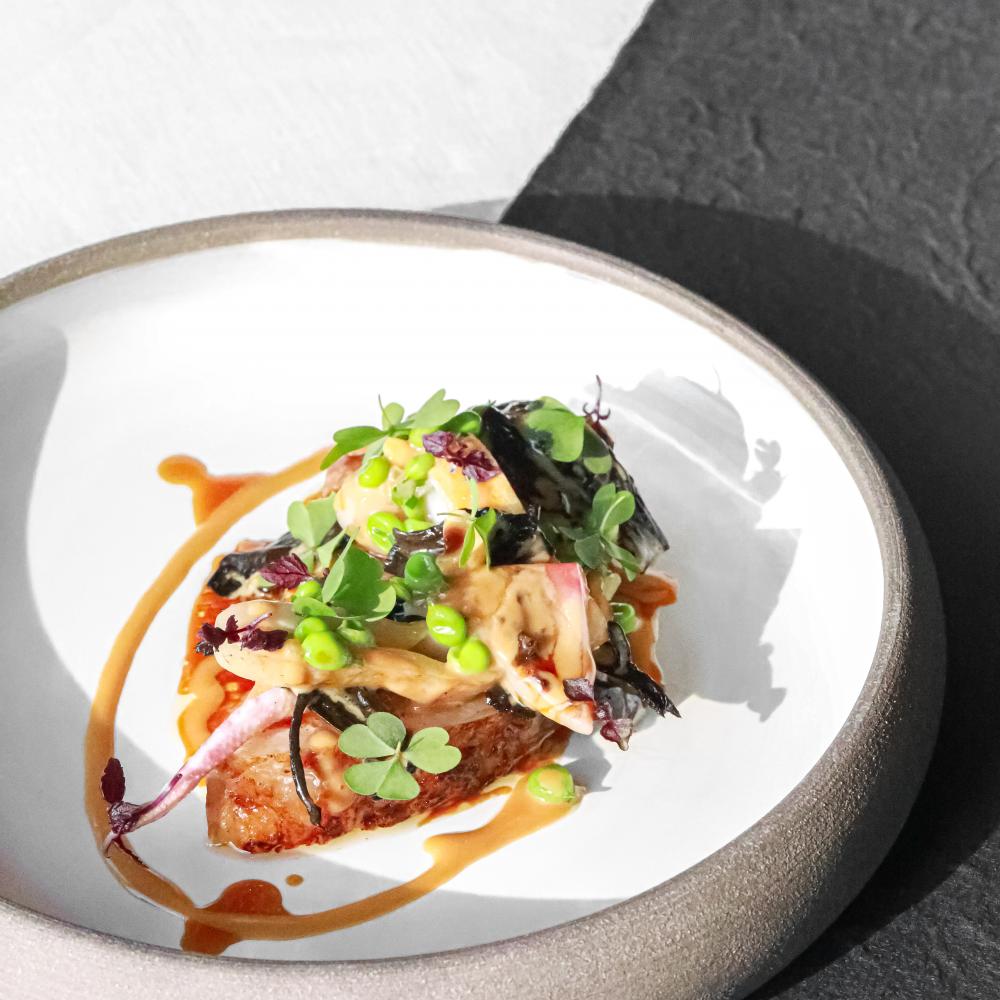 However, he clarified: "My cuisine is totally not fusion, but an understanding of territories. It's a creation with a vigilant perspective of the place."

Born in Argentina, growing up with Italian flavours (his grandfather is Italian) and moved to France in his 20s, Colagreco leads his haute cuisine kitchen with an ingredient-driven approach and utmost respect to sustainable local produce.

At Côte, his Ligurian-born protégé chef Davide Garavaglia has translated Colagreco's philosophy and passion through a range of refined dishes that celebrate flavours from the Mediterranean Coast but also embrace the colours, textures and tastes of the age-old traditions of Thai cuisine. 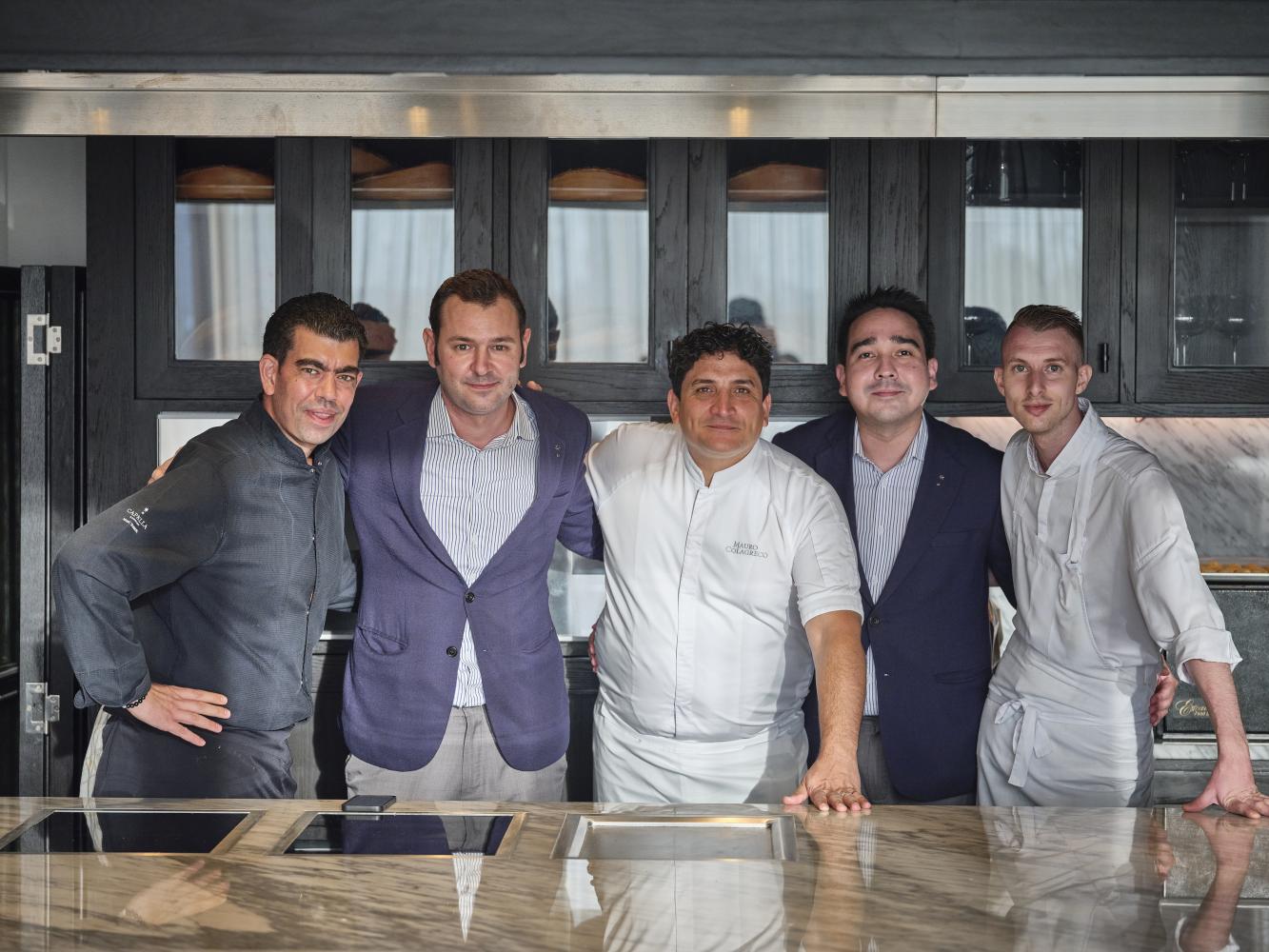 The founding chef with the award-winning dream team of Côte by Mauro Colagreco.

"The centre of a restaurant is of course the quality of food. And the food must have its own spirit. That's why I give freedom to Davide because I want Côte to have its own life and personality, not just a museum of reproductions."

Anyway, the core identity -- a tribute to its culinary origin in France's Côte d'Azur -- will still remain. "Davide had been working with me at Mirazur for seven years. He knows my vision and understands very well what I want to bring here."

The majority of Côte clientele is Thai. 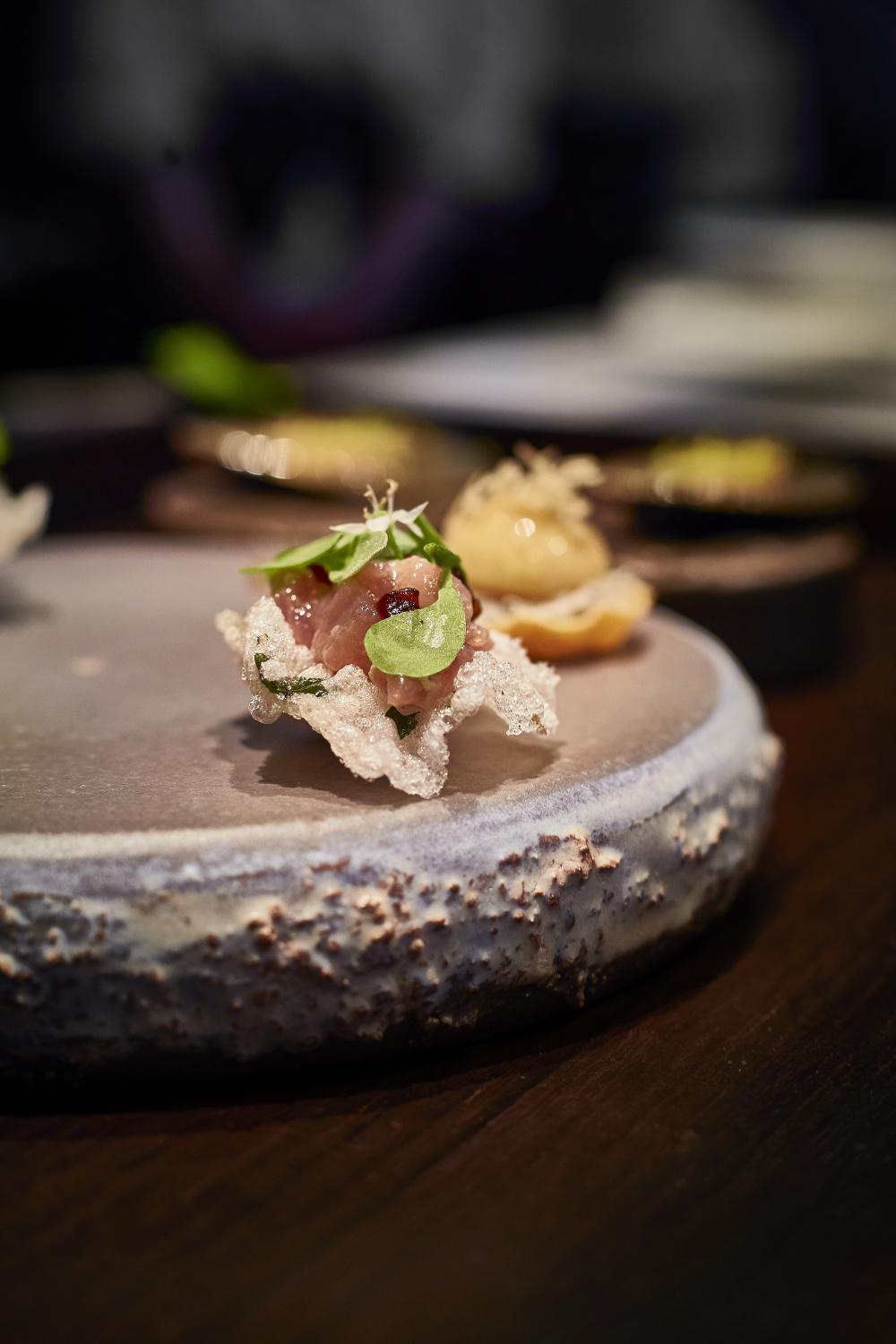 "Mirazur is already catering to European diners. So when we opened Cote in Thailand, we wanted it to be for Thai people.

"Of course, tourists are good for the business. But the most important for us is to have local guests, regular local guests."

Colagreco sees that Thailand, like other Asian countries including China and Japan, has for thousands of years been familiar with high-quality cuisine.

"Thailand is one of the countries that the people are really into food. At all levels, whether it's street food, casual or fine dining, the food often comes in high quality. It's fantastic market that's always ready for new kind of gastronomy. 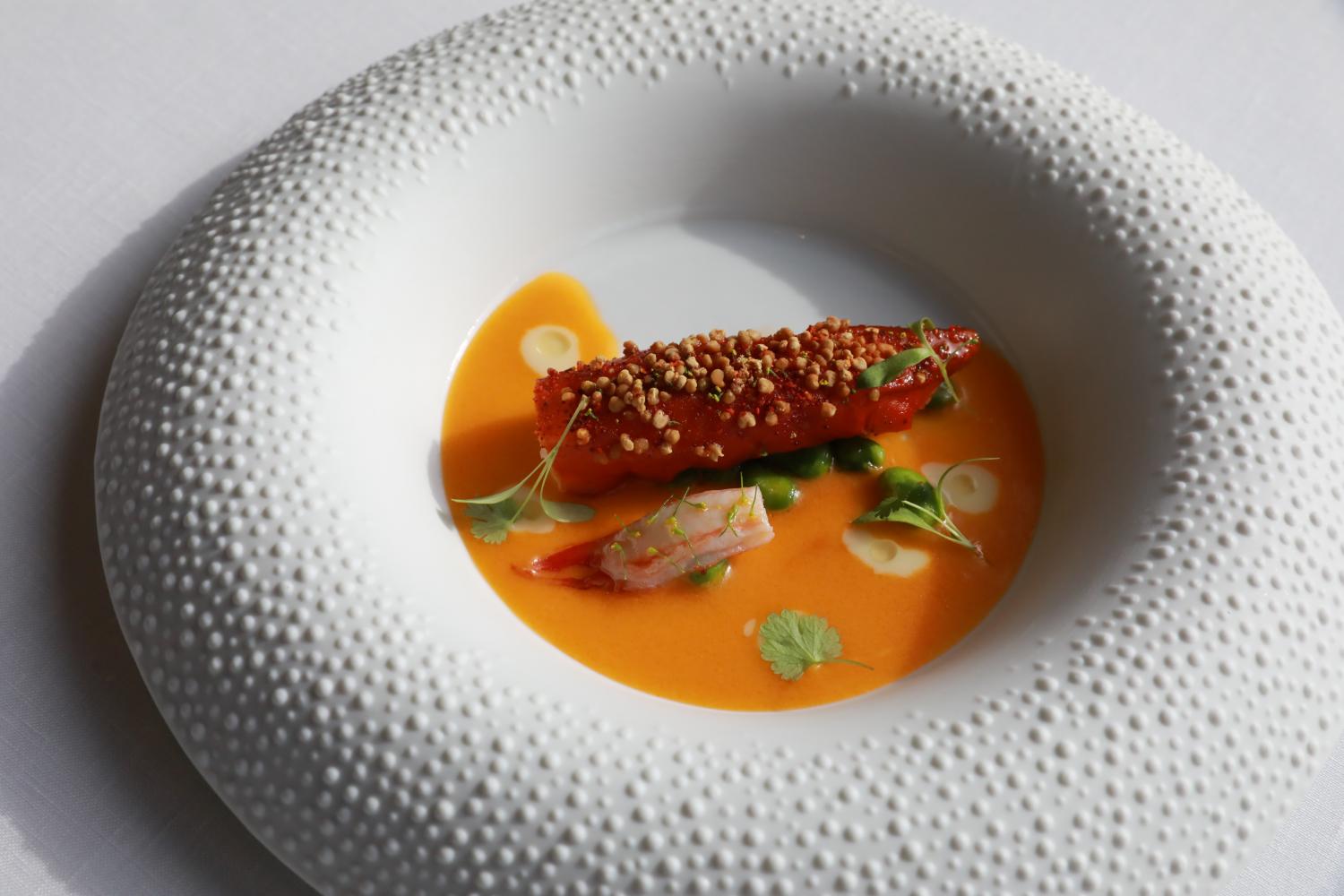 "But it's also important that the Western chefs who come to introduce new flavours to try to understand the local palate and adapt with the difference.

At Mirazur, located in Benton, a small French town in the Alpes-Maritimes close to the Italian border, the shortest wait for table is four months. Reservations open three times a year and all the tables usually get booked within 48 hours.

Even with such high-demand popularity, the restaurant was much impacted by Covid-19.

"It is even stronger in France. We had to close for three months in the first lockdown and then another eight month for the second lock down.

"But it gave us a lot of time to stop and think about how to offer something new and improve the guests dining experience.

"So we've come up with a big change, a new project with very different approach. In the past, Mirazur was a restaurant with a garden. Now we are a garden with a restaurant."

Mirazur's cascading garden spans over five hectares on a hill slope overlooking the Mediterranean. But what's more important than the stunning spectacle is how the plantation works.

In a logic of biodynamic, the sowing, planting and harvesting practices in the hyper-organic garden are done according to astrological calendar and depending on whether the crop is the root, leaf, flower or fruit. 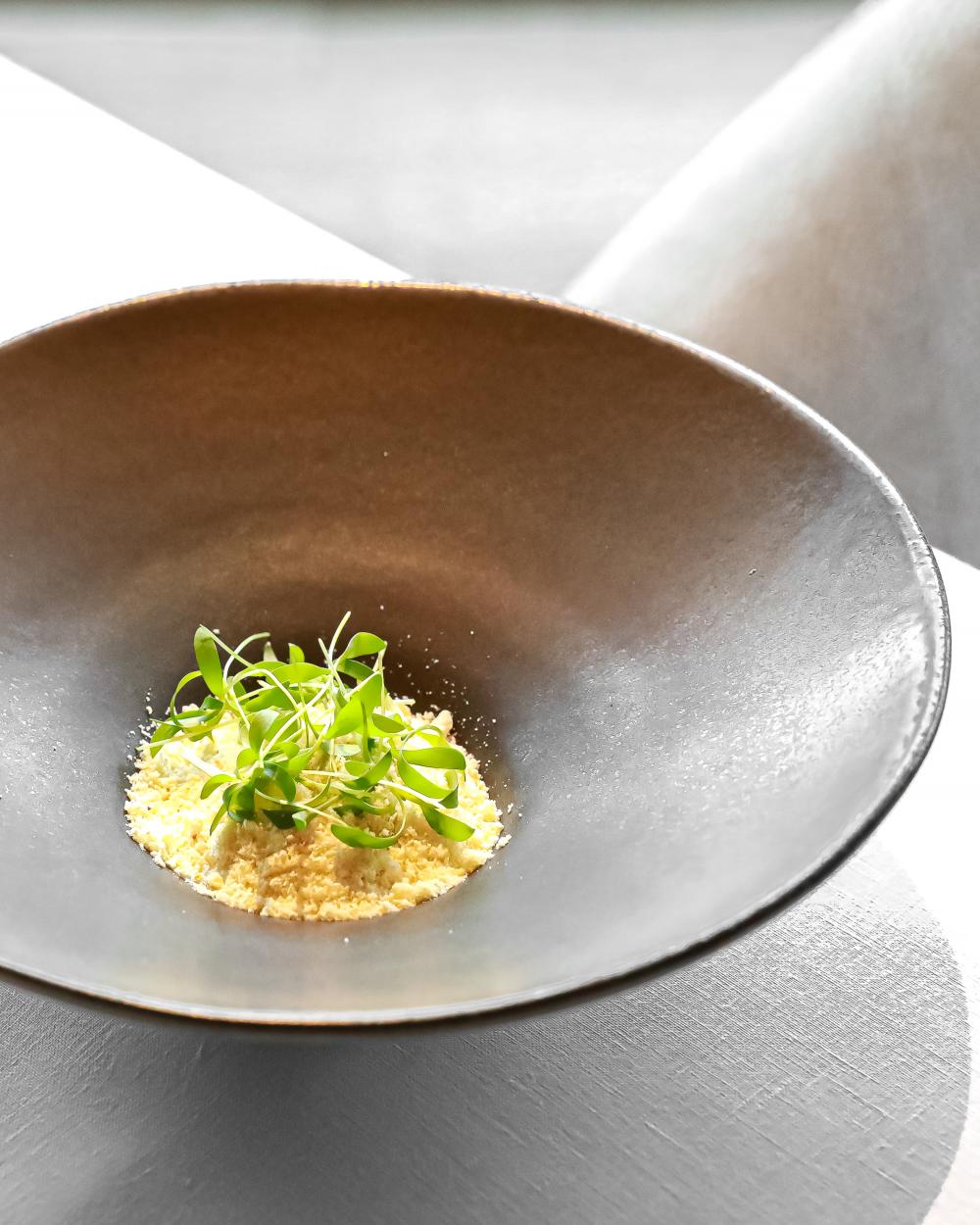 Following the influence of the Moon on the Earth, on a good day for working with roots, for examples, the menu would evolve around dishes prepared with root vegetables. Or it will encompass various fresh florets on a day for picking flowers. That is in order to make the most of the food's energy.

"Thus the gastronomic experience can change from one day to another. It's like different restaurants in one. It's lots of work.

"The pandemic has woken us up from the dream and made us realise, from all these crisis and pollutions, what we have done to Mother Nature.

"At Mirazur, we've decided to become more aware of how the world and nature work. We have no solution but we will try to provoke the change of the people's mind and plant new seed of thought. Our message is to have people try to think about that.

"In the future if we can do it here at Côte, why not. We are continuing to learn."

Côte by Mauro Colagreco is located on the 2nd floor of Capella Bangkok. It opens Wednesday to Sunday, from noon to 2pm and 6-10pm. For reservations, call 02-098-3888 or email: cote.bangkok@capellahotels.com.