Clinching a total of seven gold medals in athletics among the two, national teen stars Puripol Boonson and Thai-Australian Joshua Robert Atkinson made Thailand proud of their record-breaking feat at the 31st Southeast Asian Games in Hanoi, Vietnam, recently.

Their superb debut performances have paved the way for them to compete at the 2022 World Athletic U-20 Championships in Cali, Colombia, in August, said Supanat Ariyamongkol, head coach of Thailand's national athletics team.

Atkinson's ultimate goal is to bring Thailand a podium finish at the Asian Games and the Olympics.

"The teens have shown great promise, I am thrilled at the outcome of their hard work," said Supanat. "I am eager for them to now compete at the Youth World Championships which will help them to build their confidence and increase their competitive experience for following tournaments.

"Puripol is just 16 years old while Atkinson is 19, they have a bright future ahead of them. Interestingly enough, both teens also have their mothers to thank for helping them to realise their dream of competing for their country. It has been a wonderful experience to see them grow as national athletes."

Puripol is the product of the Amateur Athletics Association of Thailand (AAAT)'s national team recruitment programme. 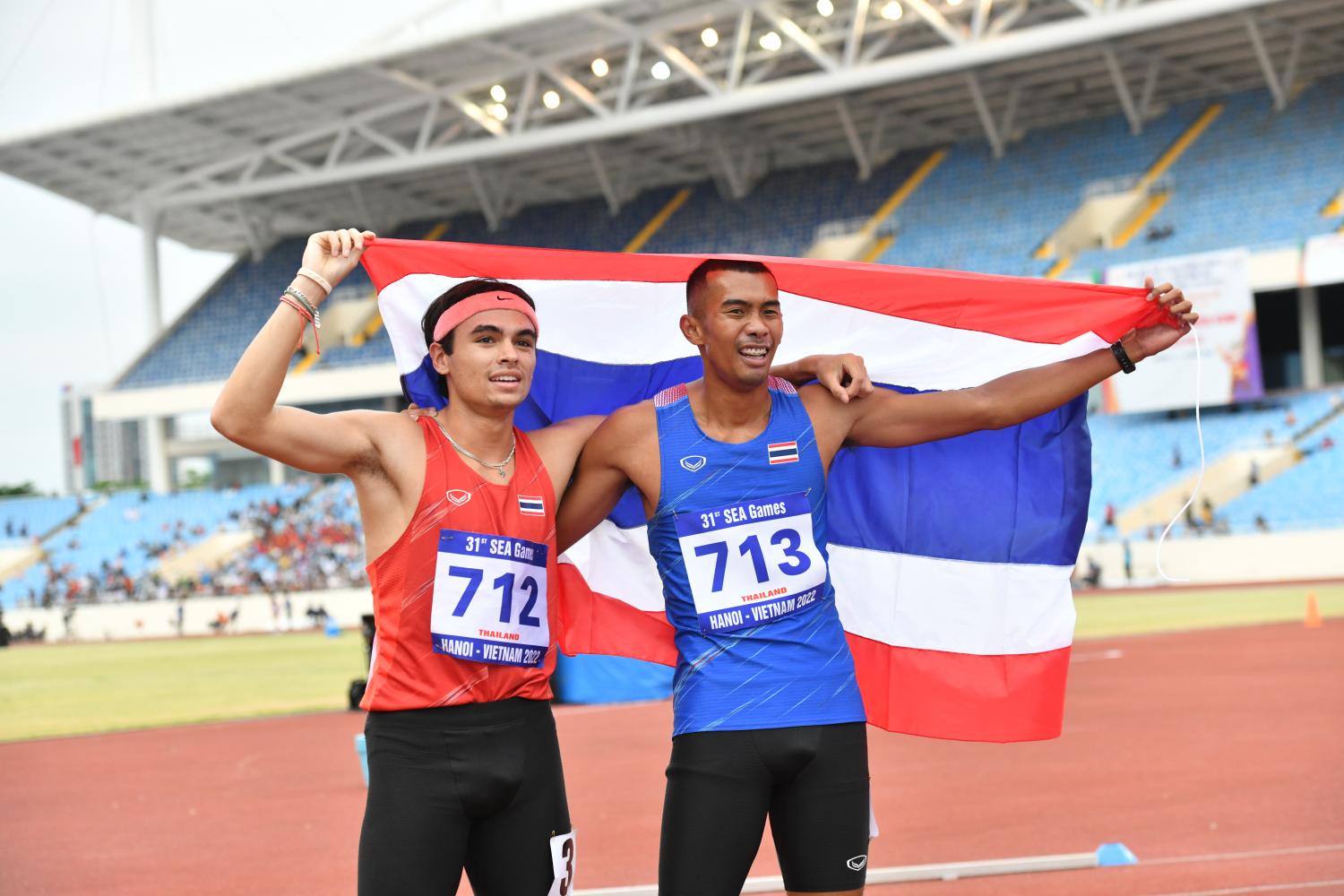 Studying at Assumption College Samut Prakan, he first caught the eye of the recruiting coaches six years ago when he won a race at the Samut Prakan athletics championships. Since then, Puripol has worked diligently under national coaches to develop his skills as a runner.

"As the head coach, I find him to have an innate talent to come back into the race despite a poor start. The boy can achieve great feats if he is trained under professional coaches."

As for Atkinson, he has had an Australian coach training him for eight years, said Supanat. The AAAT is in constant communication with both his coach and Thai mother about his progress when he is in Australia.

Overall he has the making of a champion, said the national head coach. "Our responsibility is to see him reach his potential, and this comes with competing against the best in his age group."

Thailand's athletics team picked up 12 golds, 10 silvers and 8 bronze medals at the SEA Games in Vietnam.

Supanat explains: "Almost all of the athletes were making their SEA Games debut, and are raw talent. Due to Covid, we were not able to take them abroad for competitions.

"All we could do was hold mock competitions where they competed against senior athletes. Much of the credit for our SEA games success is due to the hard work of the athletes and coaching staff. Due to Covid, there was not much for them to do but practice."