Meet Mark Tuan of Got7 in livestream event

Mark Tuan, a member of South Korean boyband Got7, will meet his Thai fans during the "Pull-Up: Mark Tuan Fan Meeting In Thailand" at Impact Arena, Muang Thong Thani, from tomorrow to Sunday at 6pm. 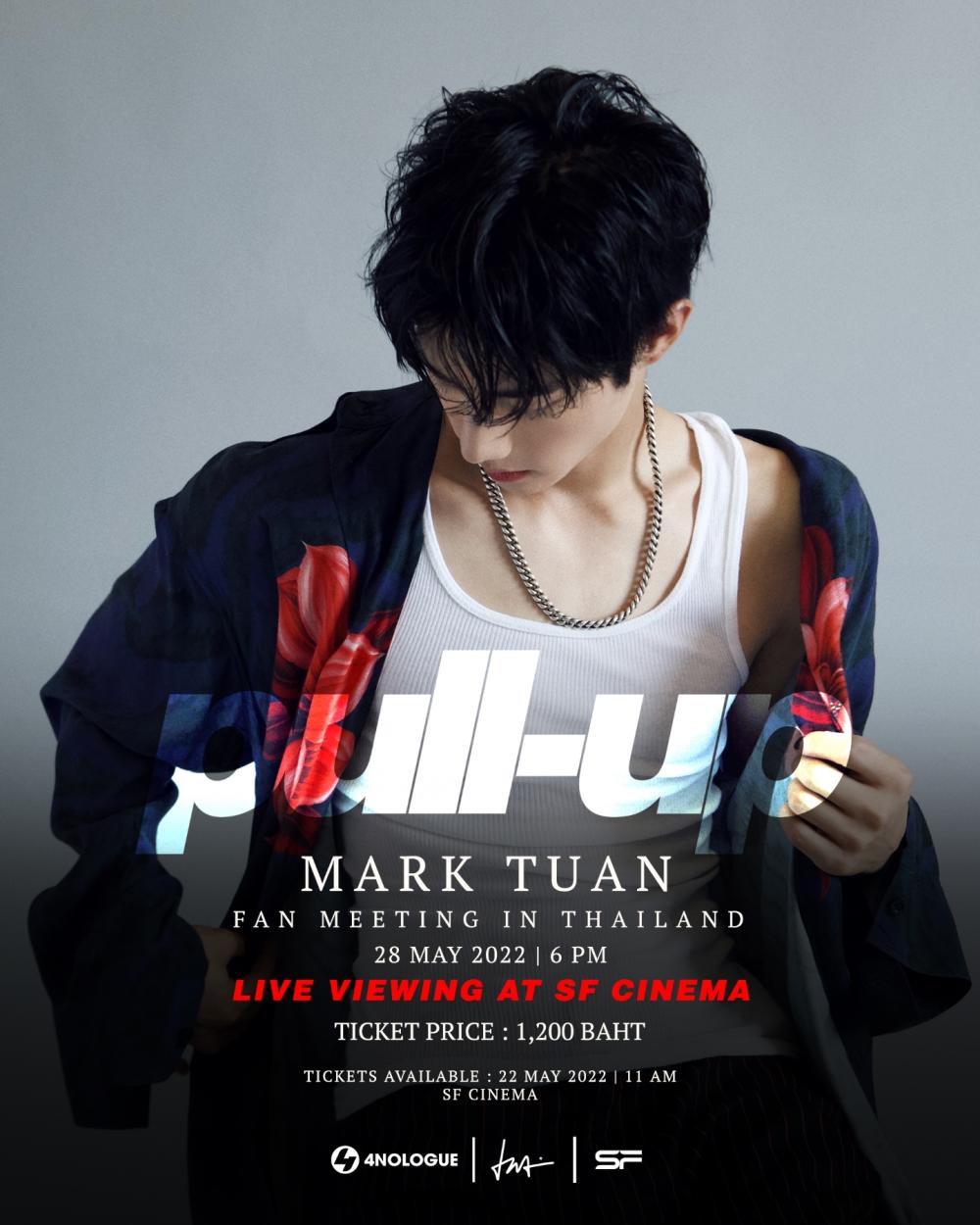 Even though tickets to all three shows are sold out, fans still have the chance to see his Saturday show, which will be live streamed in 16 select branches of SF Cinema across the country.

A collaboration with 4Nologue and DNA, this is the first fan meeting to be broadcast live in cinemas. It will be presented in 4K with a perfect sound system, allowing audiences to get up close with the Taiwanese-American rapper and singer on the big screen.

While Got7 took a hiatus last year, all members including Tuan began to pursue solo careers. He launched several English language singles including My Life, Lonely and Save Me.

Besides enjoying his solo songs at his first solo fan meeting here, Got7 fans or Ahgase will surely have even more fun as Kunpimook "BamBam" Bhuwakul, his fellow member from Thailand, will act as an MC at the event.

Tickets for the live-streamed show on Saturday cost 1,200 baht per seat and reservations can be made via SF Cinema app, sfcinema.com and right at the box office at 16 branches, including SF World Cinema at CentralWorld, SFX Cinema Central Plaza Ladprao, and SF Cinema MBK Center.