published : 27 May 2022 at 04:00
newspaper section: Life
writer: Noko
Sapphires in yellow and orange shades along with diamonds illuminate the yellow and white gold necklace. (Photos: Chopard)

The aspiration echoes in the new collection of 75 high-jewellery creations that mark the 75th Festival de Cannes, held from May 17-28.

The Swiss watch and jewellery house became the film festival's official partner in 1998, and its participation includes providing the Palme d'Or and other trophies crafted at its workshops in Meyrin, Geneva.

Last Saturday, Scheufele celebrated the 25th year of the official partnership with a grand dinner staged in a splendid film studio setting at Hôtel Martinez in Cannes. 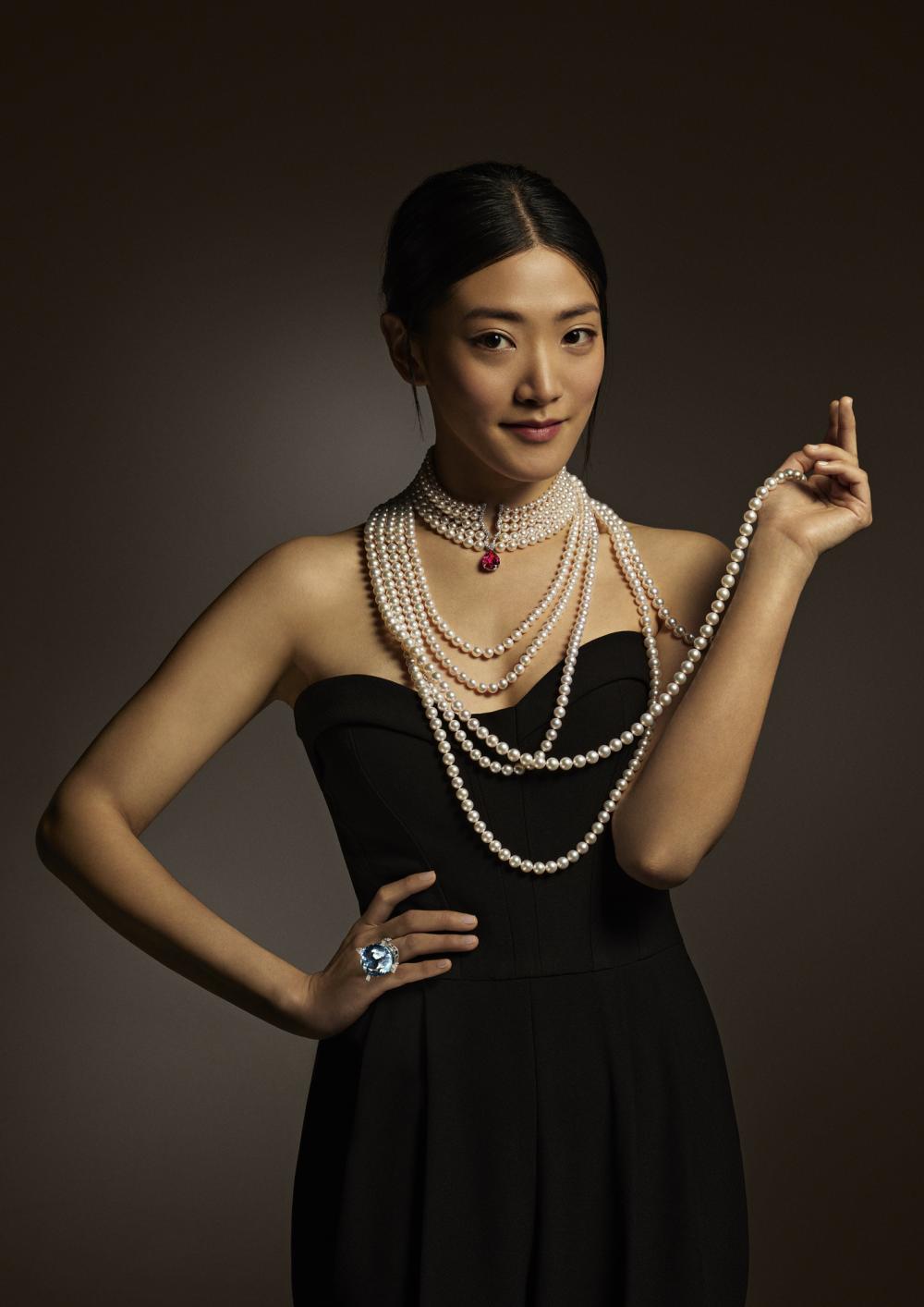 A red spinel meets Akoya pearls on the necklace while a soothing aquamarine centres the ring.

This year's Red Carpet Collection themed "Chopard Loves Cinema" was revealed during a fashion show in which the brilliance of precious stones matched the elegance of Elie Saab's gowns.

The multitude of high-jewellery compares to an epic saga, directed by Scheufele, who drew inspiration from cinema's evolution from its early black and white films to its contemporary colour productions.

Ethically-produced gold has been used by Chopard, as a part of the company's Journey To Sustainable Luxury programme to ensure responsible sourcing throughout its supply chain. 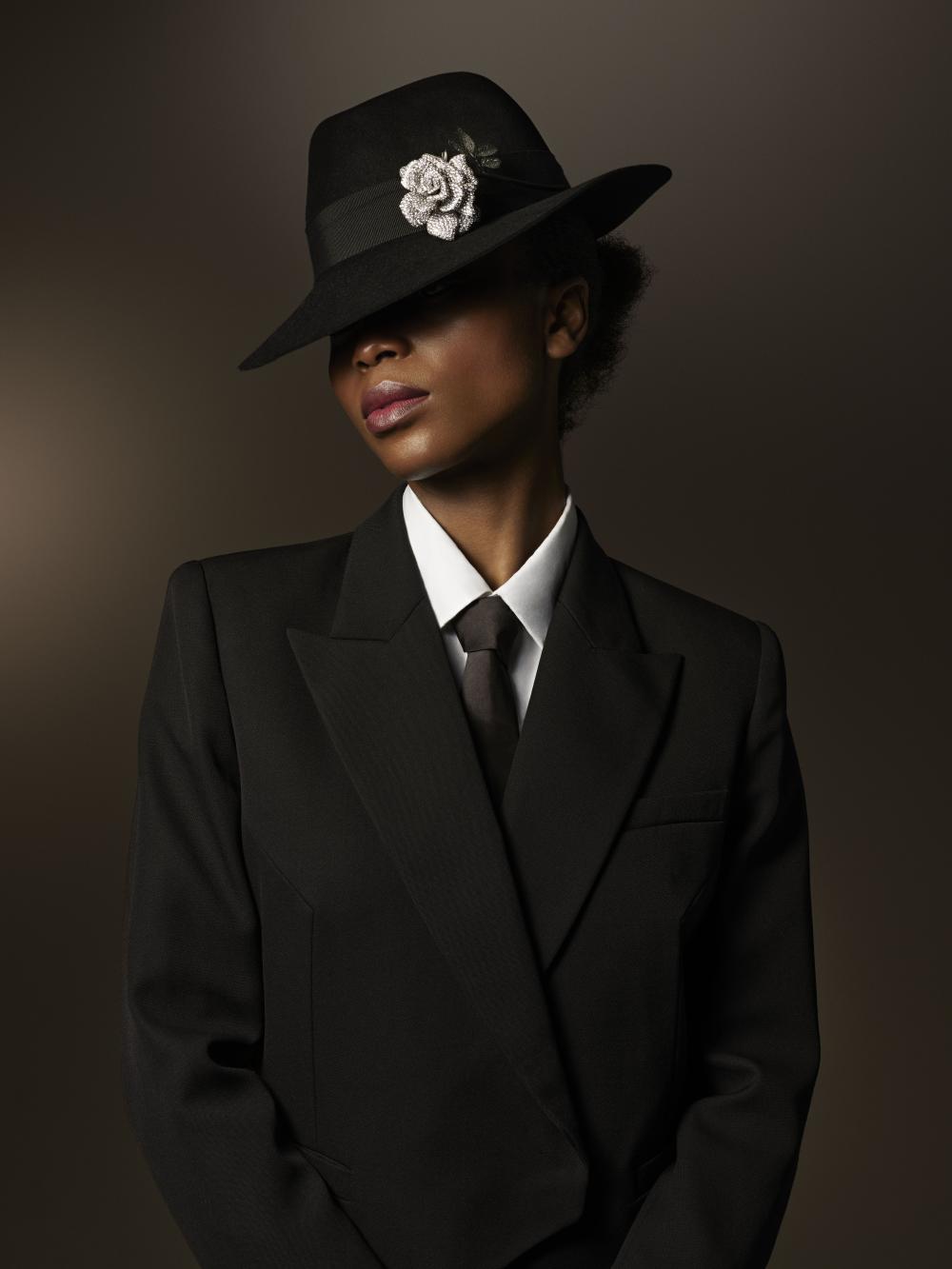 A pumpkin ring is made from Fairmined-certified ethical white and rose gold, aluminium and titanium, and set with spessartite garnets, tsavorites and diamonds. Referencing a fairy tale revisited on-screen, it opens to reveal a diamond slipper, which reunites Cinderella with her Prince Charming.

A white gold bracelet pays tribute to the classic 101 Dalmatians by featuring dogs sporting a coat of black and white diamonds -- a feat that required no less than 470 hours of work by Chopard's jewellers.

An admirer of Alfred Hitchcock's To Catch A Thief (1955), Scheufele captured the spirit of the French Riviera in a white gold necklace based on an exceptional 13.69 carat internally flawless D-grade diamond. 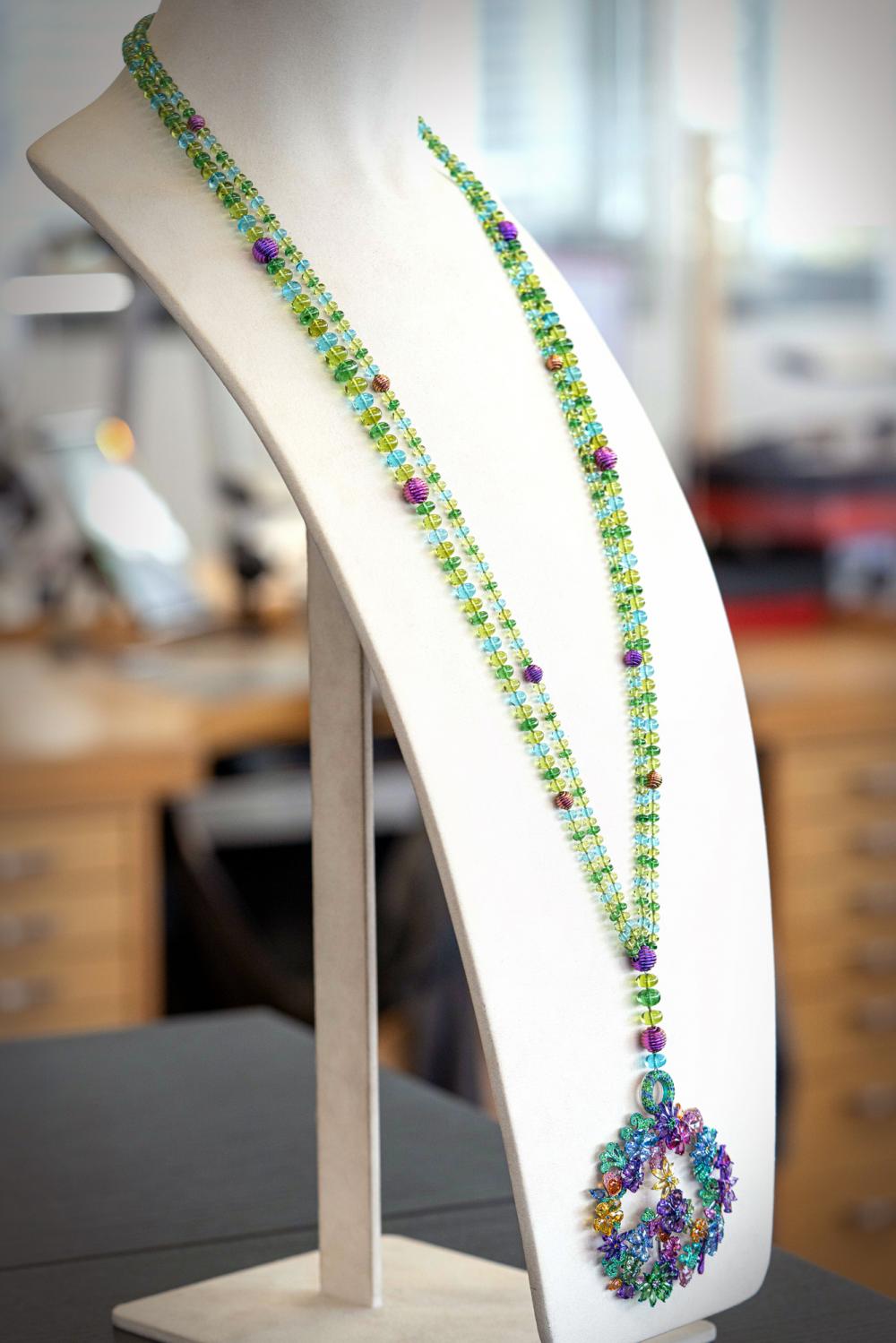 Sourcing a single sapphire of this size and in a naturally rich colour described as cornflower blue is already a rare occurrence in itself, while pairing two specimens of equal properties is even more remarkable.

Composed of 10 rows of Akoya pearls, a necklace is punctuated by a pear-shaped spinel that falls gracefully into the hollow of the neck.

Scheufele celebrates the Sun in a magnificent yellow and white gold necklace, whose coloured sapphires are arranged in a yellow and orange monochrome effect. Moreover, the central motif can be worn as a radiant brooch. 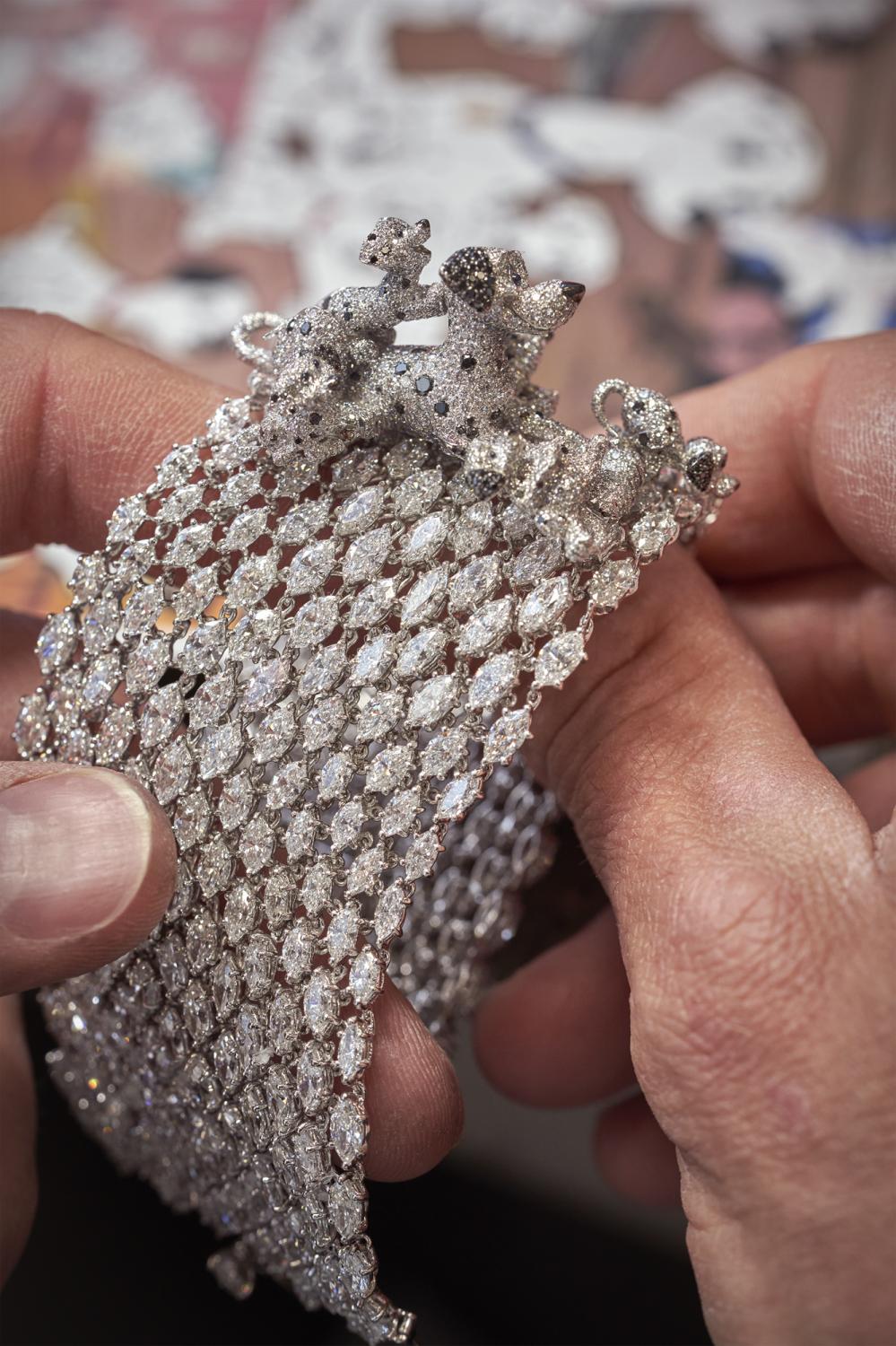 Her surprising designs include a pair of titanium fish earrings, whose gemstone scales sparkle like reflections on waves, while their tail fins reproduce the tranquil movement of the current.

Starring soothing aquamarines, a white gold and titanium ring and earrings are shaped like Venetian bridges and the prow of a gondola.

Flowers also bloom in the 2022 Red Carpet Collection, such as as a choker composed of pink sapphire beads with the detachable floral motif becoming a brooch; and a ring graced with sculpted petals covered in pink sapphires, protecting a 2 carat diamond heart. 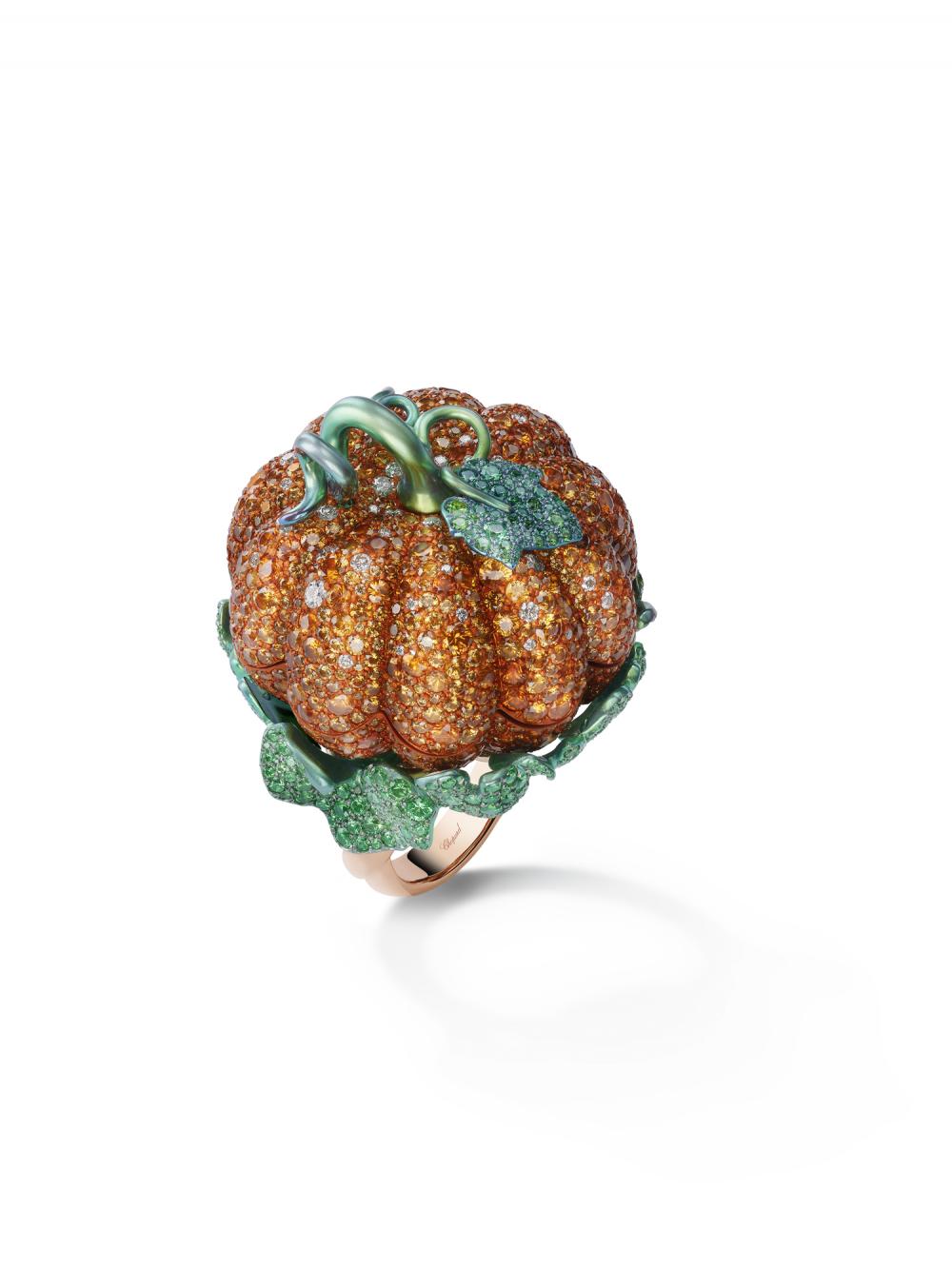 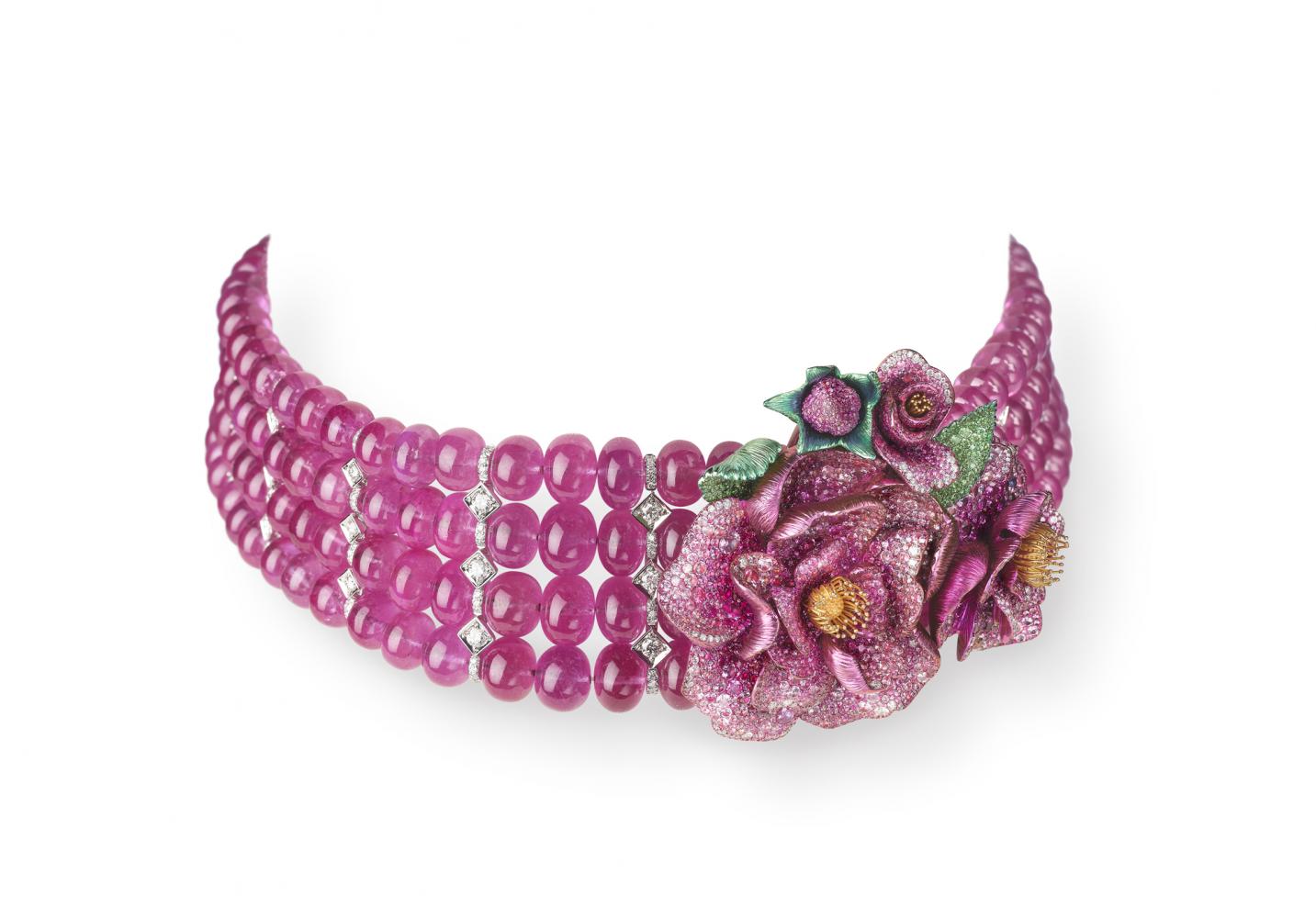 Choker made of diamonds and pink sapphire beads with a detachable floral brooch. 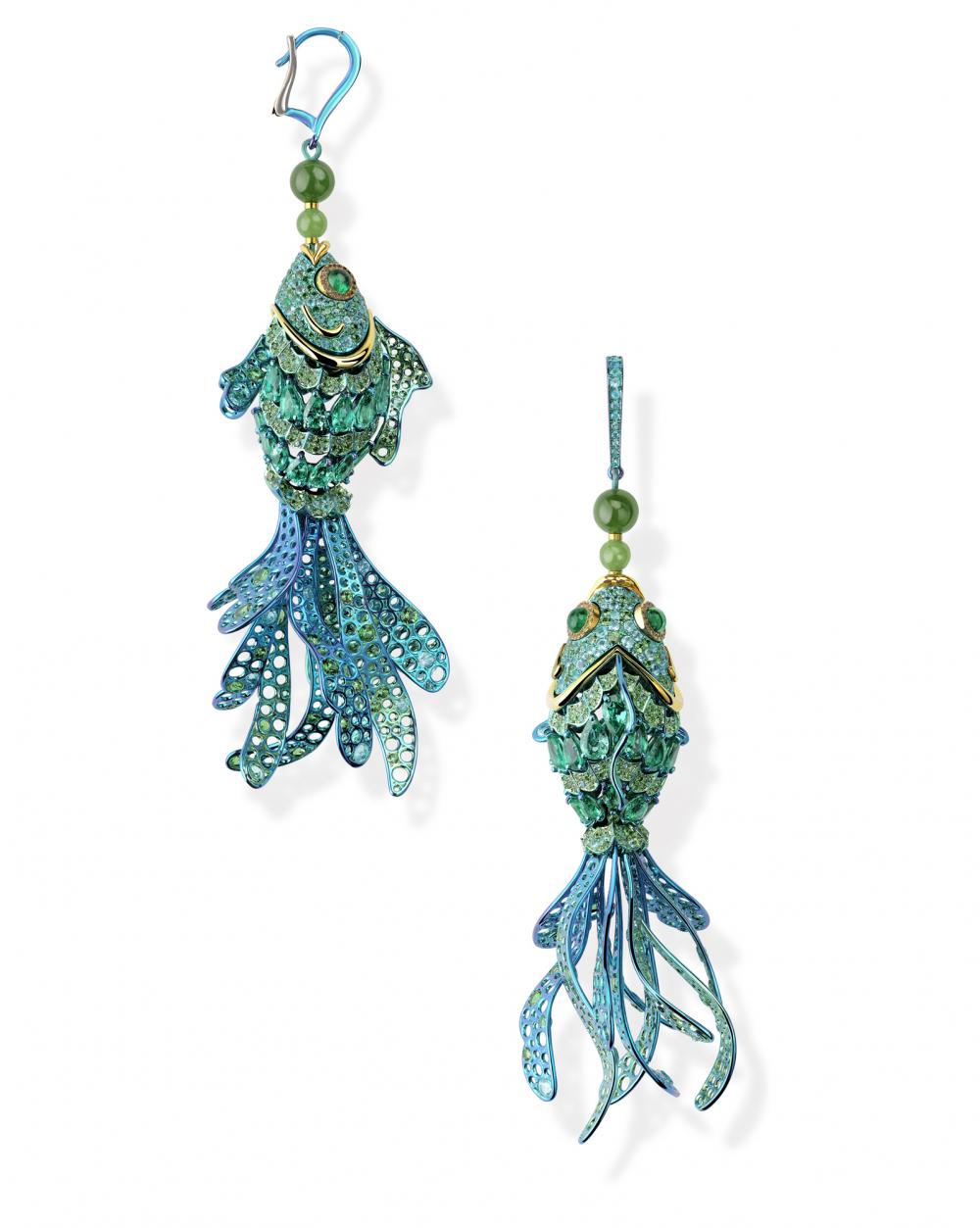 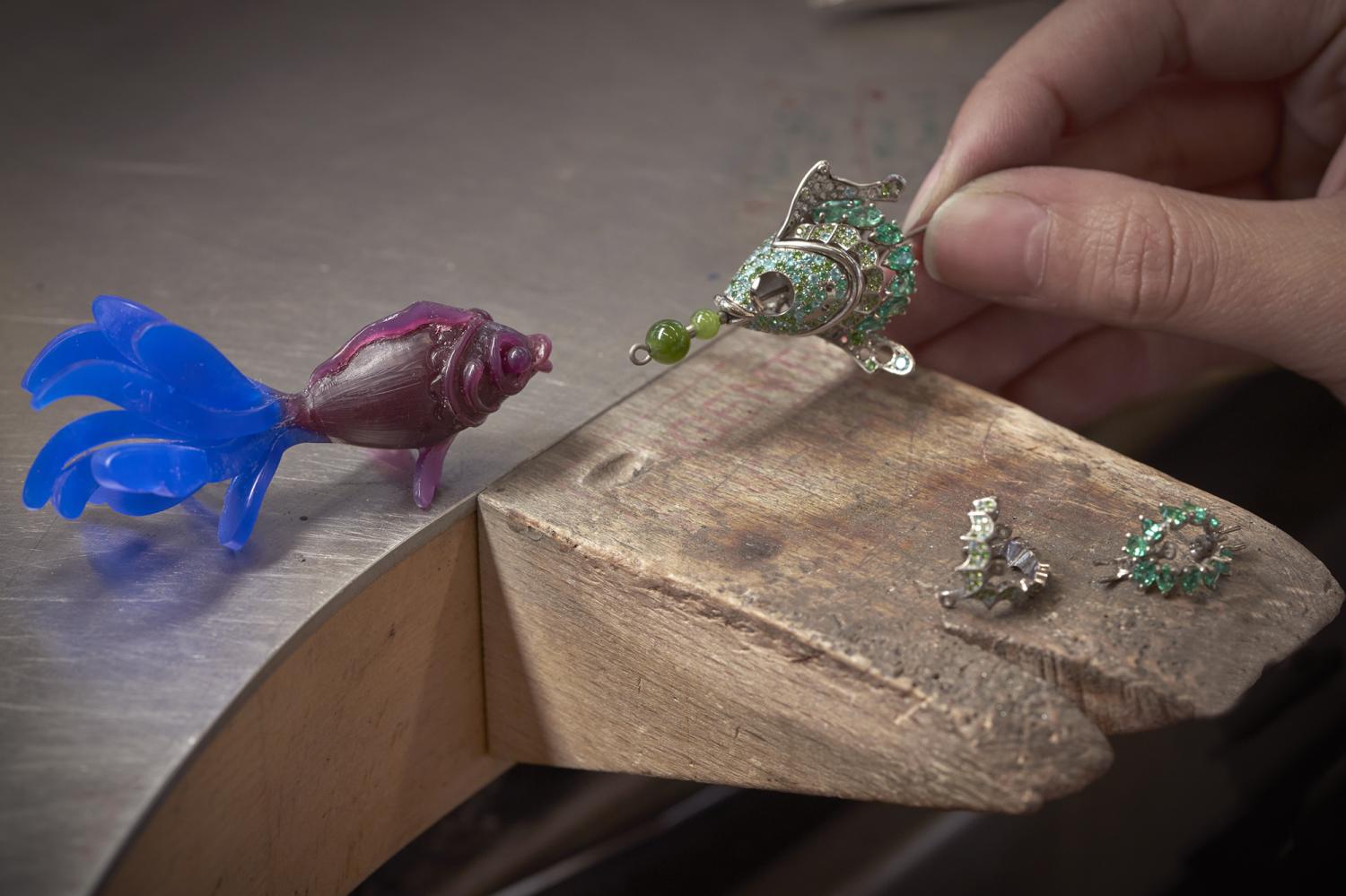