Looking to a hopeful future with Pride
Life
Social & Lifestyle

Looking to a hopeful future with Pride

What was that noise? Did we just hear a landslide victory? Residents of Bangkok (and also those of us living and working in this metropolitan area) rejoiced when Chadchart Sittipunt was elected as the new governor of the capital. Already, we're getting glimpses of hope. A promise of new, better things, including the prospect of improved livelihood for LGBTI people. 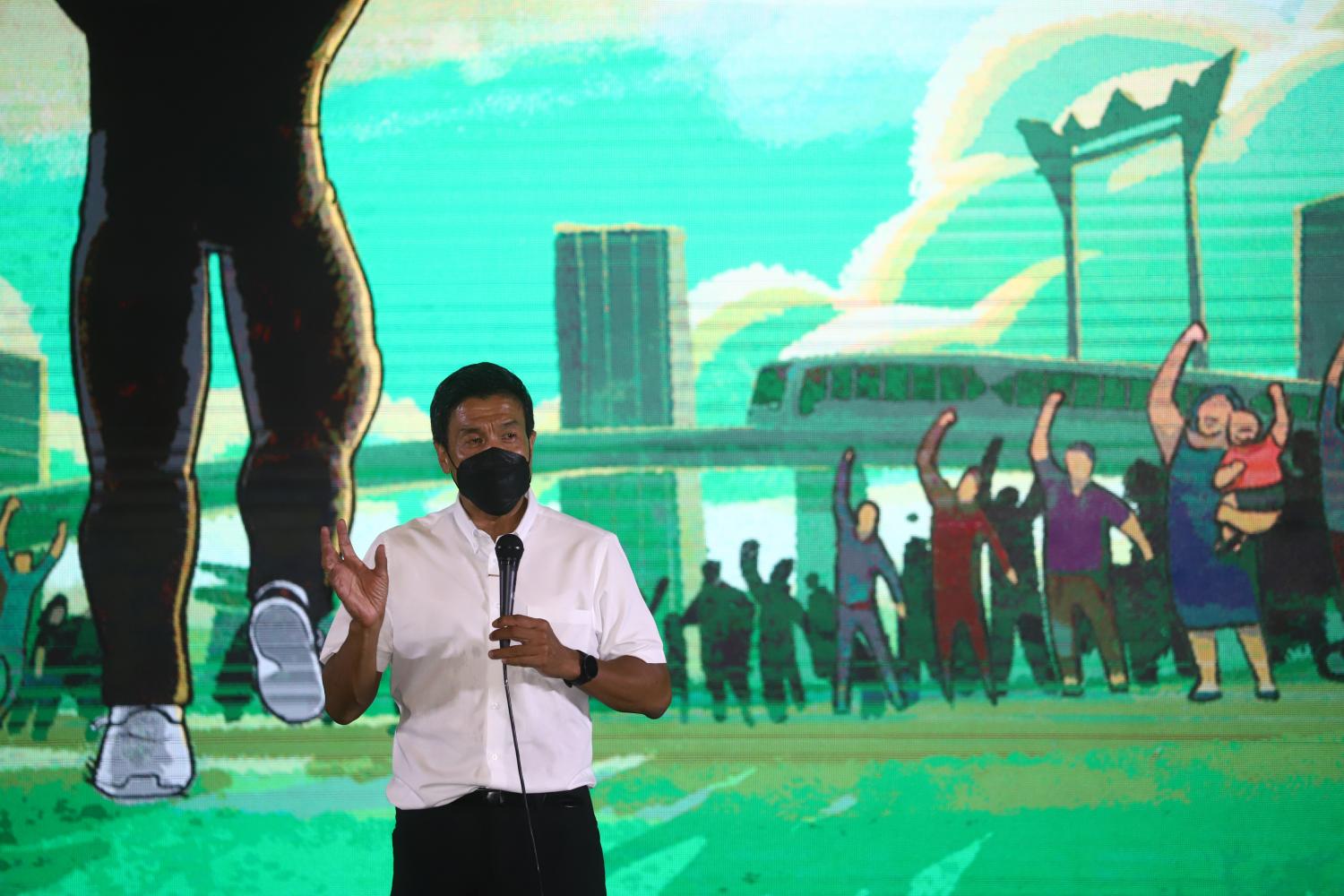 During his campaign, Chadchart unveiled 214 policies to better the lives of Bangkokians -- some of which addressed LGBTI-related issues. These policies include changing the practice of the Bangkok Metropolitan Administration (BMA) itself to embrace and promote gender equality and diversity in its treatment of officials and people, as well as not forcing officials to dress according to their sex at birth. Discrimination complaints can be registered and a mechanism to prevent sexual harassment to be enforced within BMA agencies.

The policies also address that need for more clinics that can offer specialised health and wellbeing advice to LGBTI and non-binary people. Currently, there are only a few of these "gender clinics" available at public hospitals in Bangkok.

In terms of education, the policy advocates the development of students towards becoming global citizens, saying gender equality (among other things) will be part of the updated curriculum.

His policy also acknowledges Pride Month as part of the year-round festivals that could boost local economy and tourism.

Overall, I must say Chadchart and his team's LGBTI policies -- from governance, health, education and economy -- are rather well thought out. It's definitely refreshing to see a new capable governor who is not only open and accepting of equality and diversity, but one who also has vision. If these policies can be successfully implemented, they would make Bangkok a better place for all LGBTI and non-binary people who call this city home. 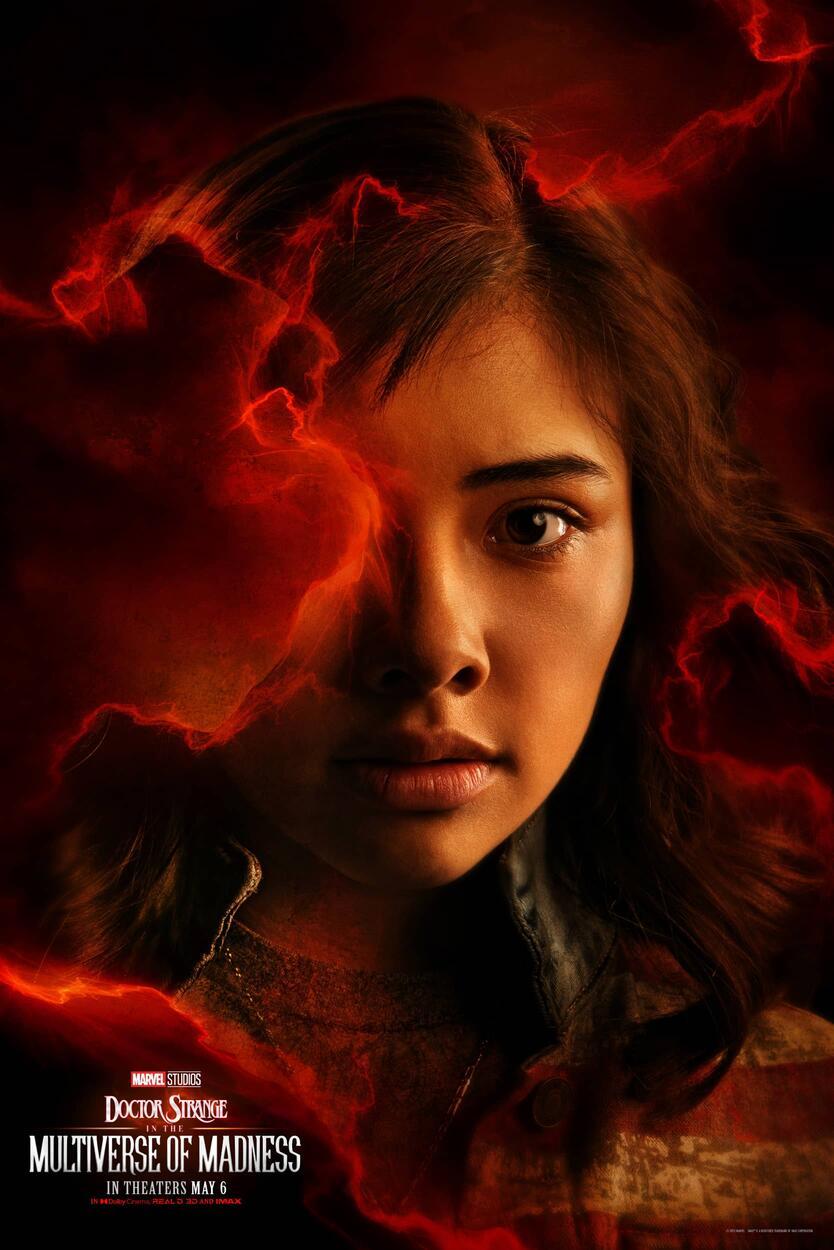 Another LGBTI scene, another movie banned. After Eternals and Fantastic Beasts: The Secrets Of Dumbledore, Doctor Strange In The Multiverse Of Madness became yet another big name to face censorship in international releases for its inclusion of LGBTI characters and storylines.

The second Doctor Strange film features new character America Chavez (played by Xochitl Gomez), a teenager with superpowers and whose mothers are lesbians. In the comics, in addition to having two mothers, Chavez herself is a lesbian. This wasn't explored or even acknowledged in the movie, however. Still, that didn't stop Doctor Strange 2 from getting banned in Saudi Arabia, Qatar and other places. Like with Eternals, Disney refused to cut scenes with LGBTI references -- which are 12 seconds long in this case -- to secure releases in more conservative regions.

In comparison, Warner Bros recently removed Dumbledore's gay references in Fantastic Beasts so the film could get into Chinese theatres. Erase the queerness in order to go places? What a horrible message to still send out in this time and age.

Needless to say, MCU fans in the Middle East were pissed, as they should be. It's just very unfortunate their anger was directed towards Gomez and her character instead of their country's censorship. The young actress was reportedly harassed online by several fans who viewed that the inclusion of her character ruined their chance of seeing the much-anticipated film. It's simply absurd they try to blame the actress for this, and not the problematic rules and regulations.

Have you watched Heartstopper, and if not then what have you been doing this past month? The Netflix queer teen romance dropped in late April and was recently renewed for two more seasons after a successful debut. The show was adapted from a graphic novel by Alice Oseman. It centres around a budding romance between the openly gay Charlie and the school's rugby star Nick, as well as their circle of friends that include a lesbian couple and a trans woman.

Heartstopper is the kind of comfort show that every queer teen should have growing up. The kind of show older LGBTI persons wished they had in their youth. It ticks a lot of boxes. It's about a boy learning to love himself and see his worth. It's about another boy taking the leap and embracing who he is. It's a safe space. It's where four letters of the LGBT acronym are represented. It cast a trans actress to play a trans character. And what else? We have Oscars winner Olivia Colman playing the most loving and understanding mother every LGBTI persons deserve to have. Now, that's a cherry on top of an already fulfilling cake.

It's time for Pride! Pride Month is descending upon us real quick and it's looking like it will be taking over Bangkok in full swing in the coming weeks with many events and happenings lining up.

■ Bangkok Naruemit Pride 2022 will take place on June 5, starting from 4pm. Organised by a working group made up of LGBTI activists and allies, Naruemit's highlight will be the Pride parade from Maha Uma Devi Temple (Wat Khaek) down along Silom Road, promising a splash of rainbow right in the heart of Bangkok. Dress up in your best colours and join in the celebration with music and performances along the way. At 9pm, the party will move to Mischa Cheap in Khaosan Road. Proceeds from the party's tickets will go towards organising future LGBTI events and advocacy. Visit facebook.com/bangkokpride.

■ Spectrum — an online media focusing on gender and sexuality — and its partners will be hosting Bangkok Pride 2022: Rainbowtopia on June 17-19 at BACC. The three-day event will feature an exhibition that showcases works from over 40 artists, plus health consultations, panel discussions, film screenings, market, concert and workshops. For more information and updates, visit facebook.com/bkkpride.

■ After a hiatus during the pandemic, Miss International Queen transgender beauty pageant is back with a string of events throughout June that will lead to the coronation night on June 25 at Tiffany's Show Pattaya. For more information, tickets and other MIQ events, visit facebook.com/MissInternationalQueen.

■ Need rainbow-filled photos for your Instagram posts? Drop by Samyan Mitrtown, which will be decorated in the Pride theme starting this week and will continue throughout June.

Will we get to see the new governor taking part in any of the Pride Month activities? We'll find out soon.