A sneak peek of Villa Frantzén, which opens its doors tomorrow

Though Bangkok is not short of new restaurant openings, nothing has excited me as much as Villa Frantzén. Part of the Frantzén empire, Villa Frantzén opens its doors on June 4.

A modern Nordic restaurant and bar with Asian influences, Villa Frantzén is housed in a 600m² villa on Yen Akat 3. Though the huge villa, with its sprawling gardens and fountains may not look it, it is casual. "It is the 'cousin' of Frantzén and Zen [Frantzén's three Michelin-starred restaurant in Singapore], which are 'siblings'," explains general manager Sarah Karlsson. While each of the Frantzén Group restaurants are unique in their own ways, the styles are similar and there is no mistaking it for being a Frantzén establishment. 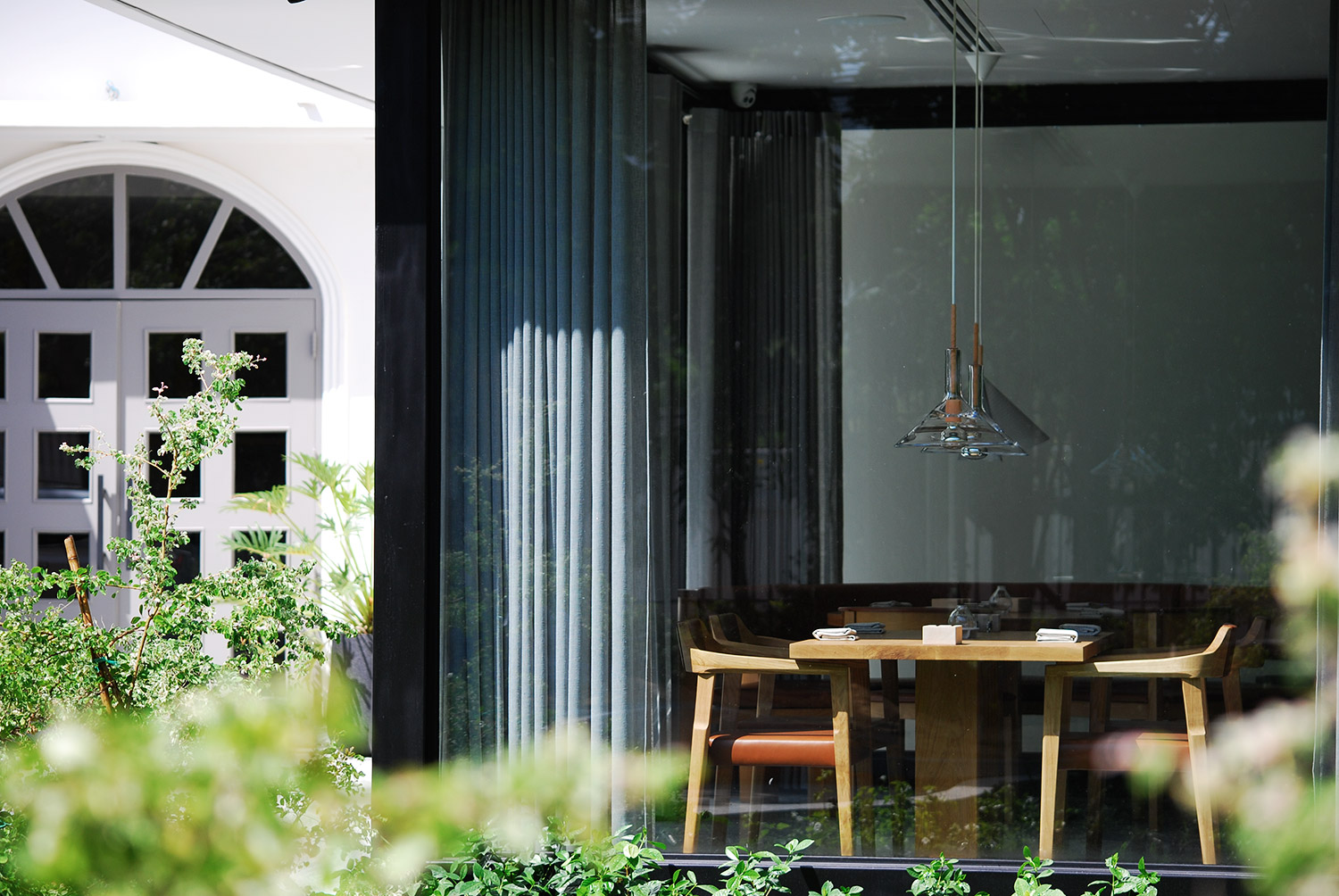 Villa Frantzén is helmed by executive chef Martin Enström and executive sous chef Nilas Corneliussen, who serve up a set menu offering a selection of dishes from a big open kitchen. Designed by Joyn Studio, a casual dining area looks over this kitchen, though if you want to be one with nature, you can opt to sit in the Glasshouse. The ground floor seats 60 diners, with a wood staircase leading to three "PDRs" or private dining rooms upstairs, one with its own private little terrace. Each PDR offers the comfort of private washrooms, much welcome in these times. At Villa Frantzén, a diner's experience is based on the space that is chosen, be it the Glasshouse, the bustling open kitchen dining area, the intimate PDRs or the cocktail bar.

The restaurant serves a five-course menu (B3,500++, with snacks and petit fours) with options per serving. There are a minimum of three choices per course so one is ever tired of eating the same thing, should this become a regular spot. "The menu at Villa Frantzén is modern Nordic with Asian influences using French techniques. It is a casual restaurant and the five-course menu is served a la carte style, with choices for each flight," says chef Enström.

"You can put your own menu together," explains Karlsson. Cold starters choices include Veal tartare with smoked parsley or Cured Norwegian salmon and beer poached king crab. The menu progresses into dishes like Cauliflower chawanmushi with morels, Jerusalem artichokes with vendace roe and Baked turbot and green asparagus. Course five, which is also the dessert course, offers a choice of not just three, but four! Sweeten the mouth with the likes of Spicy orange with warm cloudberry compote, Smoked ice cream with toasted pecans or Frozen and dried herbs with pine shoot oil. There's even my all-time favourite Swedish dark rye bread on offer, kavring. 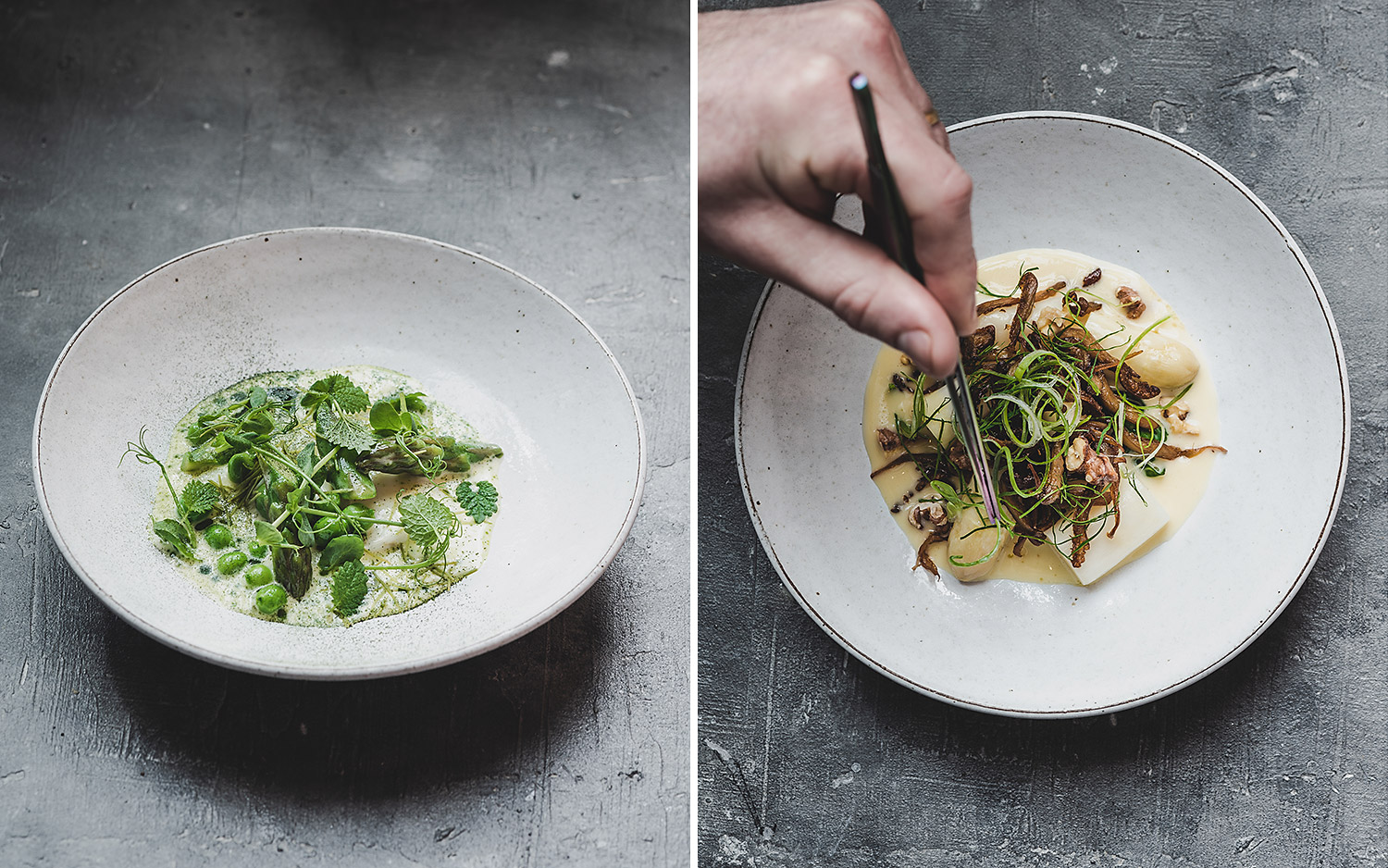 A wine pairing is offered with sake, but what excites me more is the juice pairing as the Nordics are known for their juice pairings. Expect a lot of fermented fruit juices. "We ferment a lot of the juices with scoby to reduce the sugar content and increase the acidity, so it becomes more of an adult beverage," explains chef Enström. "There is also a lot of Swedish produce like rhubarb, strawberries, blueberries, etc," adds Karlsson, who is also head sommelier. "There are also infusions with teas and chestnuts. The base is Nordic and the infusions are more Asian," says chef Enström. Think Nordic fruit meets Asian infusions.

"The Nordic identity is all about the ingredients and how they are treated, and this is very important for us. Cooking methods, in some cases like the cured salmon [gravlax], are very Swedish. The Frantzén style of cooking is minimalistic so every dish, though it may have been cooked with French techniques, it is very restrained in its form, much like Japanese," says chef Enström. Villa Frantzén has teamed up with Farm Suk to grow bespoke ingredients like herbs and roses. "The menu is seasonally-driven using produce at their peak, both in Sweden and Asia," adds chef Enström.

Villa Frantzén opens with chef and founder's Bjõrn Frantzén's style of cooking. "Bjõrn will bring the Nordic aspect of the menu and later, Nilas and I will bring the Thai influence into it," says chef Enström, who lived in Krabi until the pandemic hit. Chef Corneliussen spent six years in Thailand, studying economics. "I have a friend who owned a few restaurants and I started hanging out in the kitchens. I fell in love with the culture and Thai food, and one thing led to another," he says. 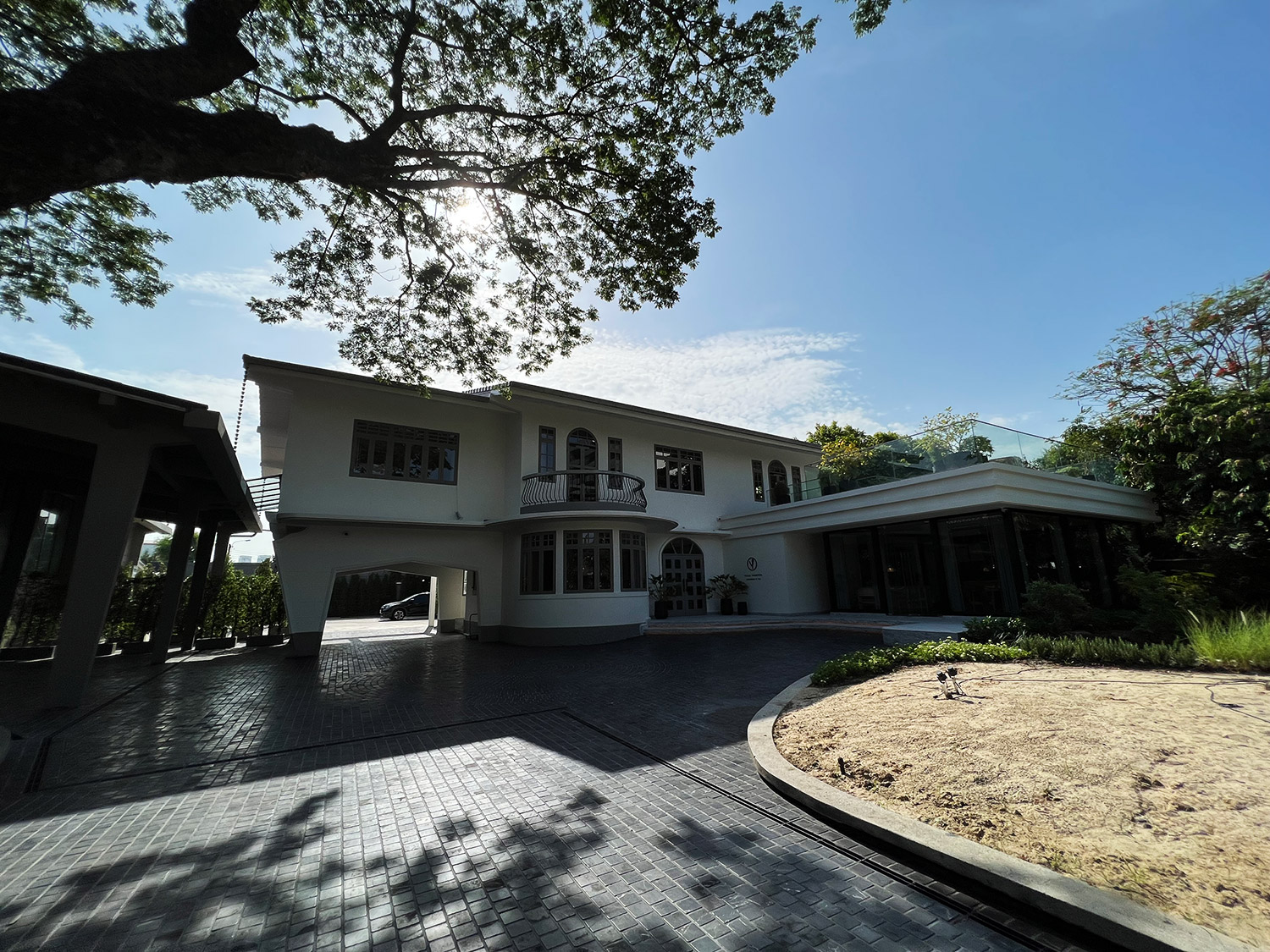 "In a restaurant like Villa Frantzén, talent is very important as is local knowledge of the culture and language, since many of the people we work with don't speak English, like farmers and suppliers. The fact that we both have that experience makes us a super good team," emphasises chef Enström.

The villa also has its Nordic cocktail bar, with craft cocktails, managed by Gabriel Valdes. The bar seats 26, has a snacks menu and also houses a wine cellar. Cocktails are inspired by Nordic flavours, nature, mythology and culture, and will use ingredients like cloudberries, pine shoots with Swedish gin and vodka. Not forgetting the most quintessential Swedish drink -- Aquavit. The bar also has outdoor seating, with indoor counter seating and couches. A very "AW" (afterwork) spot, which is the Swedish term for drinks that you casually have with colleagues or friends to unwind and relax.

"At Villa Frantzén, Nordic hospitality, which is at the forefront, is more easy-going compared to fine dining restaurants. It is a more relaxed atmosphere, more playful and this is the culture we want to bring to guests," adds Karlsson.

Villa Frantzén at No.7 on Yen Akat 3 opens tomorrow (June 4) from 5.30pm and the bar opens at 5pm. Visit villafrantzen.com.