Shortly after an adorable male idol enchanted all eyes in an advertisement, fans not only made it viral but also left no stone unturned in their search for cosmetic products he endorses. "It is out of stock," tweeted one fan, with a photo of an empty shelf. "I have got the last one!," said the other, triumphantly.

Fans used and reviewed the products on social media at their own expense. Some joined promotional activities while others curated products their idol endorses. "My adorable presenter," tweeted his mommy (a term for fans who treat idols as their babies) proudly, followed by multiple hashtags.

If you are part of the online community, you will come across this phenomenon. While fan support contributes to the success of their idols, two factors -- social media and yaoi culture (a gay-themed genre of literature popularised in Japan) -- deepen their attachment, giving rise to the fan economy. It is a business model in which profits are generated through interaction with idols.

Experts, however, point out that it is a reciprocal relationship because fans enjoy benefits -- whether status or the meaning of life -- from fandom. In addition, they can contribute to society, to some degree, challenging a preconception that fandom is just nonsense or personal pursuit.

A fan in her 20s, who declined to give a full name, said she has been following Billkin and PP Krit for four years. Besides their talent and friendliness, she takes joy in their relationship. They are not her first idols, though. She has followed others, but they all "graduated" (left the current position or quit the entertainment industry).

"In the past, our society was not open to Y Series. When they started out, some people might have had preconceptions about their sexual identity. But the public attitude has now improved and their series has become very successful, making them more comfortable being themselves," she told Life.

Billkin and PP Krit starred together in My Ambulance (2019) before rising to fame in I Told Sunset About You (2020), a coming-of-age series that portrays the complexity of teenage love and sexuality. It won local and international awards, including those from China and South Korea. It is being screened at the third edition of the Queer East Film Festival in London.

She said fans cheer up idols, family members, and colleagues. They buy products that their idols endorse, produce, or use. They watch content and promote it through hashtags on social media. They join all kinds of activities, including concerts, signing events, and graduation ceremonies.

"We support them because we love them. We want to make them happy. They don't want us to waste money. They said just giving them greeting cards is enough but when it comes to endorsing products, brands take into account their personality and fan base. If we can give them support, they will be popular," she said.

She said, however, that her purchase decisions are influenced by a very practical reason. If she uses a product herself, she is willing to pay handsomely, but if not, she will buy only a few and spend money on other products because her idols are working for many brands. Most fans have some purchasing power because they are of working age.

"What do you get in return?," I asked. "Well, they heal me after work and inspire me in many ways. Billkin is very passionate about what he is doing and makes time for those around him. Meanwhile, PP Krit has grown into a self-confident and talkative person. Their personal development sets an example for me," she said.

Getting close through social media

"It is all about feeling. Everybody is a fan of something," said Asst Prof Pan Chatchaiyan, lecturer at Ramkhamhaeng University's Faculty of Mass Communication, who conducts research on fan culture. "A media audience is now active. It is a participatory culture. Fans are setting trends for their idols."

Pan explains that the advent of the Internet and social media has enabled fans to form communities and communicate with their idols. A key feature of fan culture is patronage, which can manifest in various forms, including giving moral support, boosting publicity on social media, and buying products that their idols endorse.

"Fans compensate brands for supporting their idols, who enjoy greater fame from endorsing products. Meanwhile, brands choose idols who have a strong fan base for financial return. It is a reciprocal act. Fans are willing to buy products as long as brands support their idols. Patronage becomes a marketing tool for brands," she said.

Pan said fans develop an intense attachment to their idols because they follow them in the media closely, which gives rise to parasocial interaction. It is a one-sided relationship experienced by fans in their mediated encounter with celebrities. They feel that they know everything about their idols like family members.

"It goes beyond an online community. It is a fan economy because fans are willing to support their idols, which does brands and media businesses an economic favour. It is a new, but well-established channel because fans devise their own [promotional] strategies," she said.

Pan said how long their attachment will last depends on many factors, but fan support is a key characteristic of fan identity. In fact, fans enjoy benefits from fandom. They develop not only relationships with other fans but also a sense of purpose. While some escape boredom, others do volunteer activities together on behalf of their idols. 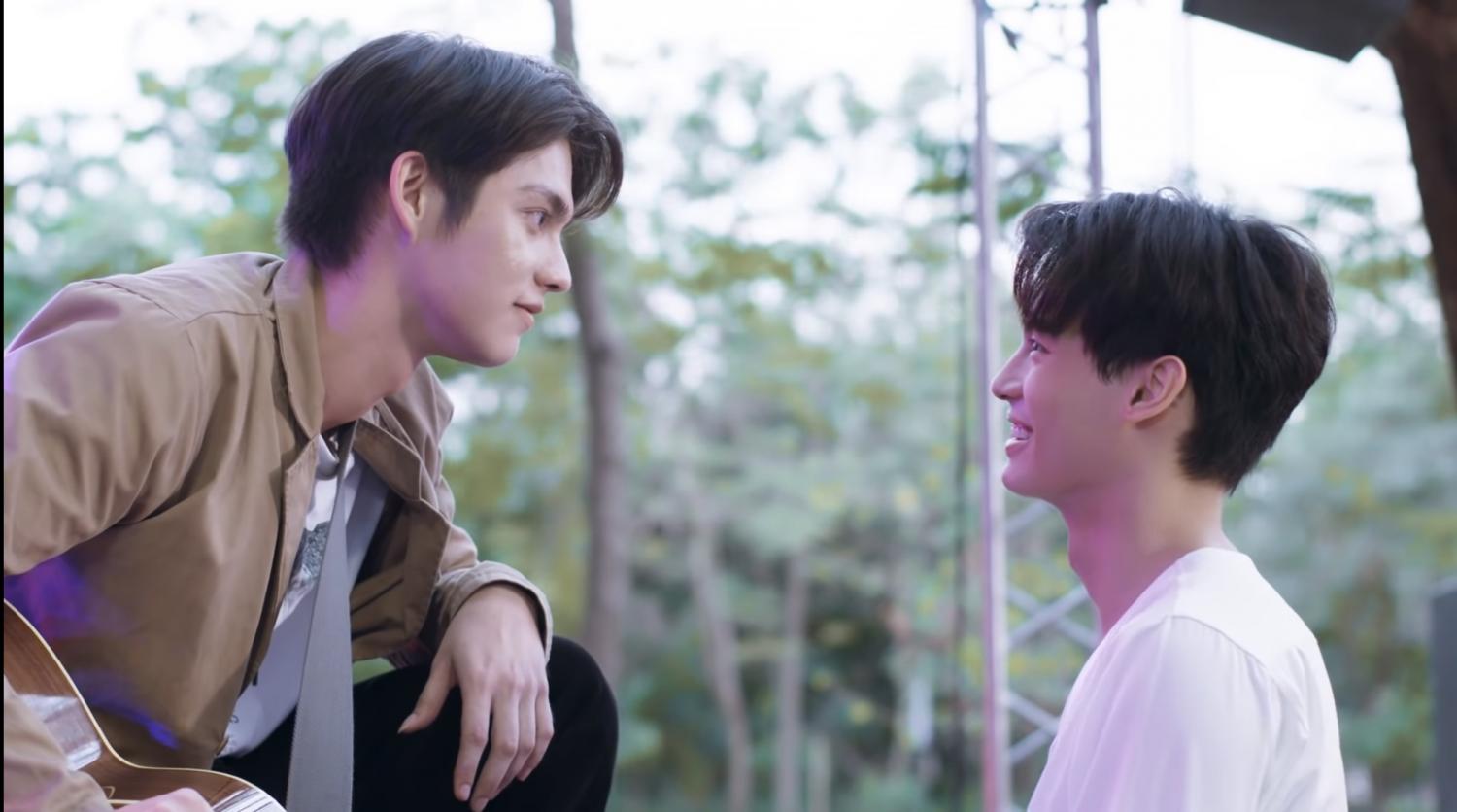 "Unlike mass-media performers in soap operas, Y series idols are performers who act to directly appeal to fans for their support," said Poowin Bunyavejchewin, senior researcher at Thammasat University's Institute of East Asian Studies. Intimate interaction is the keyword for the success of idols and their production companies. The Thai Y series entertainment industry is a sort of the business of selling intimacy, affection, and attachment, he said.

"On one hand, Y series need to depict scenes featuring shirtless, romantic, if not homoerotic, acts between two 'cute' young men, whose face and body are corresponding with a pan East-Asian soft masculinity in order to satisfy and fulfil audiences' sexual desires and daydream of ideal love and a good-looking partner, and thereby establishes a fandom of those idols.

"The other, 'intimacy', is a revenue generator, and a variety of activities promoting a sense of affection and attachment, such as fan meetings, are indispensable for making money both directly and indirectly. Academically speaking, this type of business model is called affective economics," he said.

Poowin said using Y series idols as brand presenters makes the brand image more attractive to non-heterosexual people. Still, he thinks the main objective in doing so is to convince fans of those idols to buy their products since their favourite Y series idol's survival depends mainly on fan support.

"Does it reflect the acceptance of gays and other sexual minorities in Thai society? I would say, 'no'. Despite that, it has significantly extended a degree of openness towards them," he said.