Life out in the open
Life
Social & Lifestyle

Life out in the open

Championing gender rights and embracing diversity by putting it into practice has become the hallmark of Sansiri. Over the past six years, the country's leading real estate company has been committed to promoting equality and inclusiveness at the workplace.

During the ongoing Pride Month, it celebrates the LGBTI community by actively encouraging partnerships to help support diversity in organisations and Thai society.

For Sansiri, this year holds special significance as it partners with Unilever, True Corp and Dtac, together with the UNDP which has backed them for the third year running.

The trio recently announced their joint stand to champion equality and diversity in Thailand, laying down a three-year mission roadmap to help cultivate equality in a pilot campaign.

Together with eight leading bank partners, they will jointly work towards realising a vision to create equality and acceptance in both the workplace and society and advance the "Live Equally … We Are Equal, I Am Equal To You" campaign that is in its second year.

"Gender equality and acceptance of diversity should not be practiced just during Pride Month but rather the year around. We firmly believe in and are committed to seeing this to fruition. We take this commitment seriously and are constantly looking to make inroads," said Srettha Thavisin, chief executive officer and president of Sansiri. 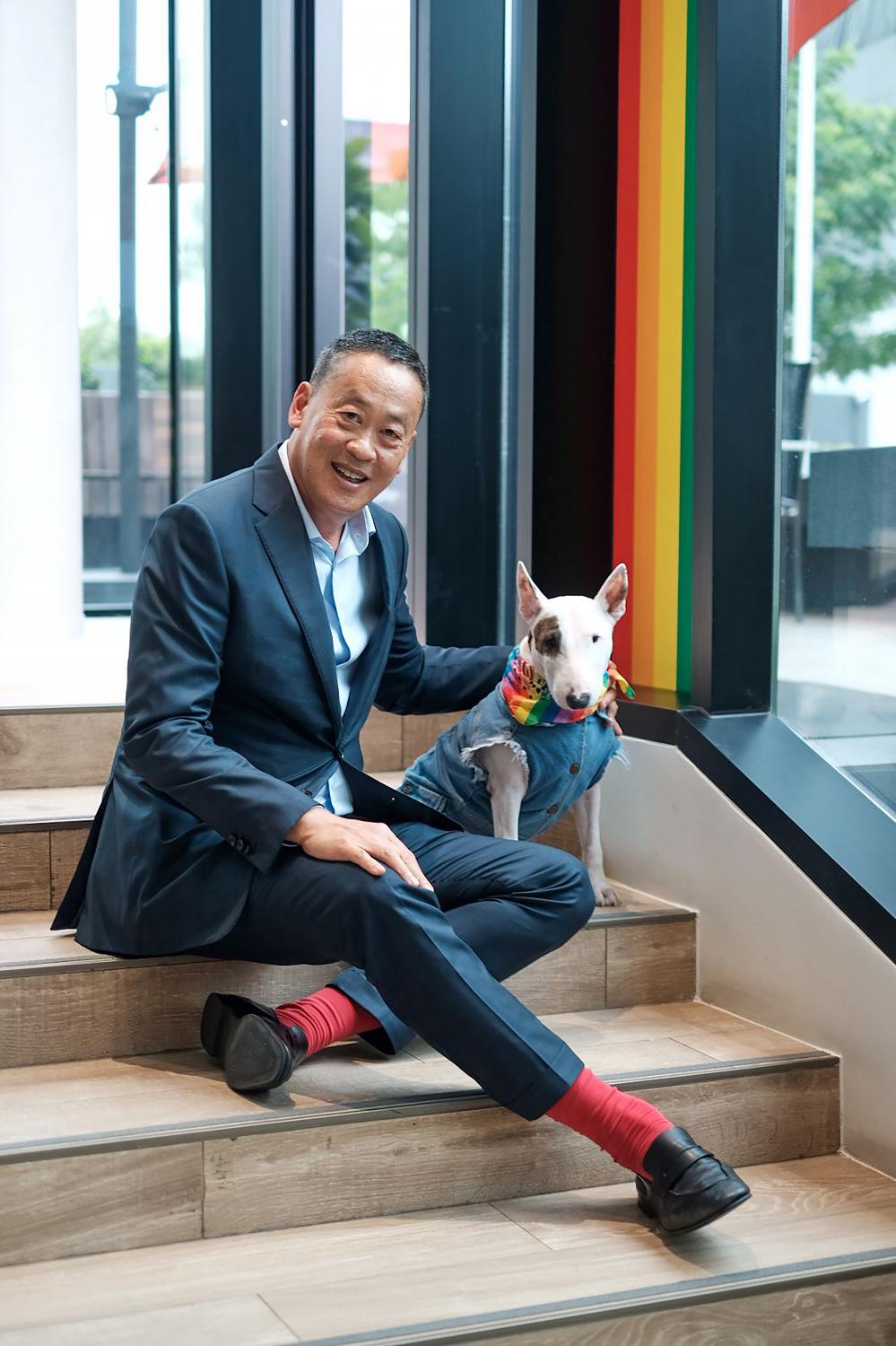 Having prominent companies such as Dtac and Unilever on board is a step in the right direction, he said, not just because of their global reach but also their stand on advancing the gender equality and acceptance cause and their desire to see equality ultimately become a social norm.

Actions speak louder than words, said the Sansiri executive, commenting: "Unilever's toiletries manufacturer Dove's recent advertisement on forced haircuts in schools… struck a nerve for many viewers because it highlights the often forgotten fact that these forced haircuts are a violation of a young girl's rights, not to mention making them lose confidence and self-esteem.

"It is commendable that despite its global presence it finds the need to address local issues. I don't see anything wrong with taking to heart local concerns and linking them to sell their hair products, because, for one, it raises awareness for change. Dtac's work ethic is also founded on equality. They are recognised for their unbiased stand on giving equal rights and opportunities to their staff regardless of their gender and family background."

According to Nattinee Netraumpai, head of corporate affairs of Unilever Thailand, equality is the idea that individuals are equal, while equity is the means to achieve fairness.

"As a company, Unilever has a choice to be equitable. This is why we prioritise identifying structural barriers under-represented groups face and provide them with sustainable mitigations through our policies, practices and measures," she said. 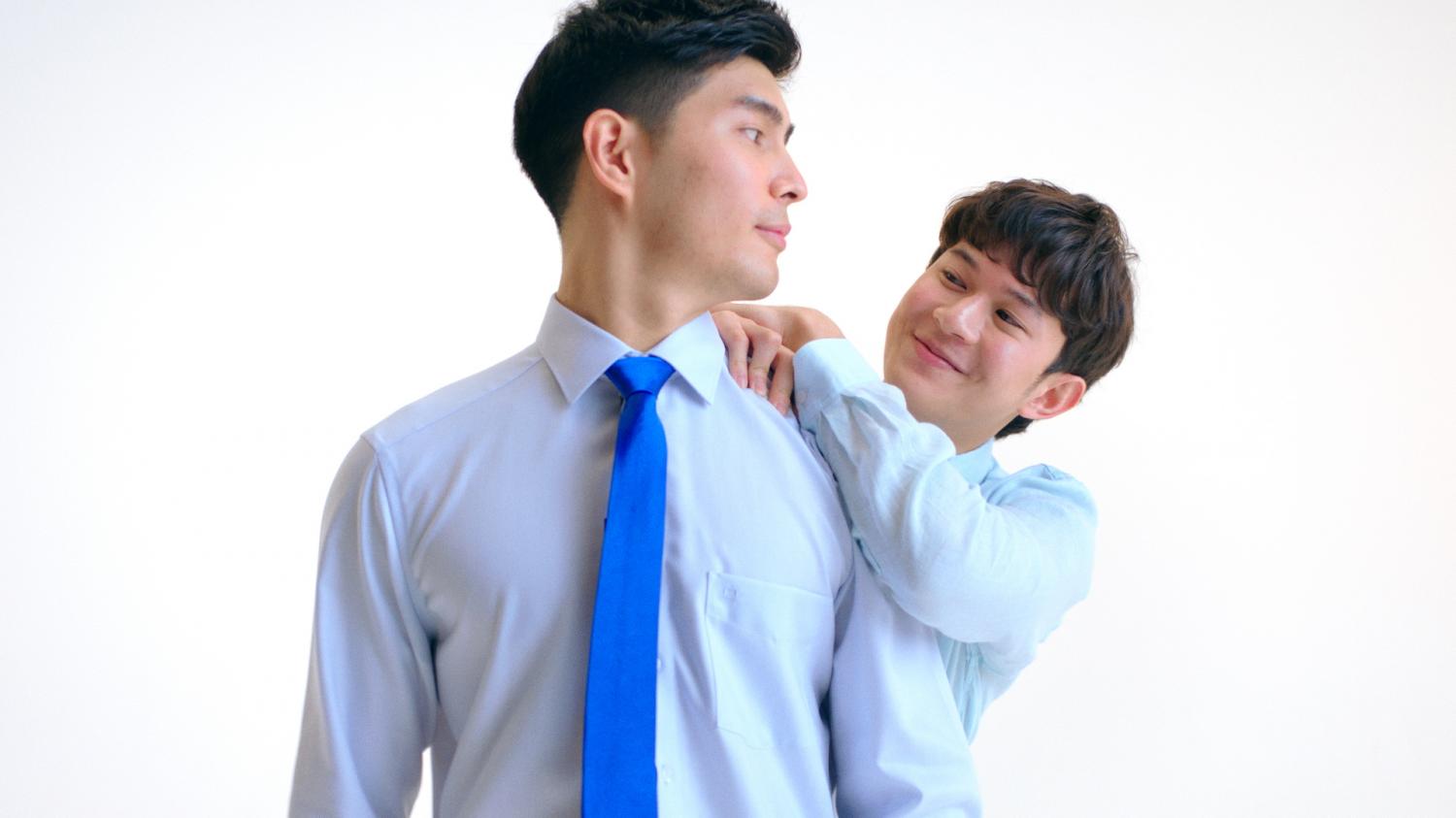 "Unilever has changed practices in advertising, talent recruitment, the assessment of performance and potential, career progression decisions, remuneration decisions and more that adversely impact certain groups over others. We are working to design equitable workplaces that support, empower and recognise the fundamental dignity and worth of people from all identities, backgrounds and walks of life."

Nattinee said Unilever Thailand has approximately 66% female mid-level managers and has worked with 131 varying SMEs which are 51% or more owned, managed and controlled by individuals from diverse groups, included here are women, LGBTI, people with disabilities or ethnic minorities.

"We equip them with skills, funding sources and business networks through SME development projects to increase the capacity of SMEs to one day be chosen to become business partners with Unilever."

Sharad Mehrotra, chief executive officer of Dtac, said the company upholds the highest standards for human rights, which include fostering diversity and inclusion for its employees and the communities the company serves with mobile connectivity.

"We have long been committed to inclusive policies such as a six-month maternity leave that we launched in 2016 and equal employee benefits for same-sex couples, which we launched in 2021. By partnering with Sansiri and Unilever, and with the support of the UNDP, Dtac's ambition is now to inspire more organisations in Thailand to embrace diversity and inclusion as core business principles," said Mehrotra.

"This is reflected in Dtac's operations in three dimensions. First, the #Inclusivedtac initiative promotes equality and diversity to enable all our employees to be their best selves. Second, the Good For All, Good Together's business plan ensures people with disabilities can better access connected digital services. Third, the Safe Internet programme empowers our youth to make full use of the cyber world, while protecting themselves from online threats. The programme is both a camp for children and a 'Concerted Actions to Stop Cyber-bullying' curriculum for teachers to use as a handbook to stop cyber-bullying in schools."

Next on the to-do-list, said Srettha, was to encourage more companies to publicly announce their stand on gender equality, raising awareness of the concerns within the LGBTI community, by not just raising the rainbow flag but actively participating in making tangible changes for the future.

He encouraged businesses that are interested to campaign for this cause to get endorsed by the UNDP so the message holds greater weight.

"If your desire as a company is to support the LGBTI cause, do it for the right intentions so it becomes sustainable. I do not put up a rainbow flag in front of the office as a marketing gimmick, and would not desire for others to do so as well. I do it because I am genuinely concerned about these issues. So do it because you think it is the right thing to do," he added.

"While I don't desire to impose my belief system on anyone, I feel that by supporting such a cause you are making this world a better place."

Sansiri practices what it preaches. It was one of the first to open wide recruitment to LGBTI employees and promote equal work opportunities.

On this, the benefits plan also covers alternative vaccines and health insurance among other benefits for employees' life partners.

For Sansiri, Srettha said becoming a role model for others to follow comes naturally because it comes through empathy.

"It is simple, we have to put ourselves in other people's shoes. You will find that by doing so gender equality and embracing diversity issues become important to you. We continue to push for equality practices at the workplace in the hope that it becomes a new norm in Thai society. We are making inroads through our work with partners from various leading businesses, SMEs and global businesses that share our vision of the equal acceptance of LGBTI people in the workplace and advocating tangible policies in organisations towards equality for everyone."