'Mind your hair': Passengers say riding the skytrain is a slap in the face
Life
Social & Lifestyle

'Mind your hair': Passengers say riding the skytrain is a slap in the face

The skytrain authority's advice to passengers to beware their long hair has drawn support and sparked a litany of other complaints about the perils of ridership during rush hour.

The BTS posted a Facebook message on Monday asking riders with long hair to make sure their follicles don't blow into the faces or eyes of nearby passengers.

The skytrain operator said it was responding to numerous complaints left in the inbox of its Facebook account.

"You should firmly hold the end of your long hair when you turn your face, walk past other passengers and enter or leave the train," the BTS instructed on its Facebook page.

"Comments on this issue may look funny but it's real," one person wrote.

Some people entered the carriage with wet hair, while others combed their coiffures on board, according to other posts. 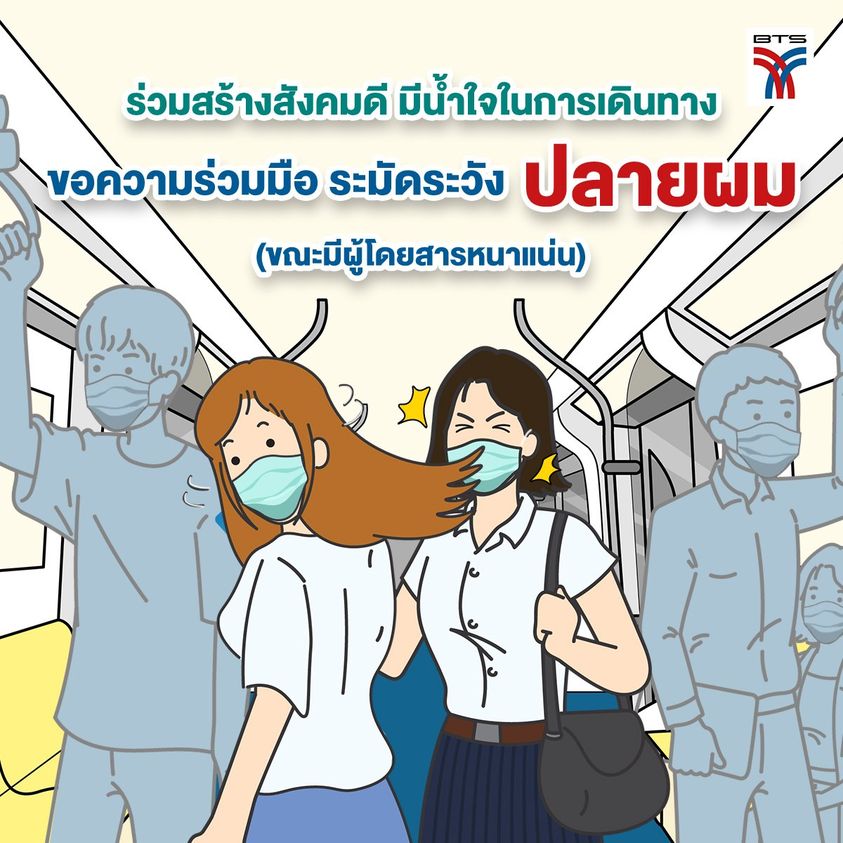 An illustration of the problem is posted on the BTS Facebook page.

Another passenger chastised the skytrain over its own decisions, saying "I want to get back the seats you have removed from the cars."  Others said staff should make sure that food was not allowed on board.

The skytrain and the MRT have removed seats from some carriages to create more standing space during rush hours.

The BTS transported 1.04 million passengers in May, an average of about 335,500 a day, according to the latest figures posted on its website.

The data was collected from the two main routes, from Mo Chit to On Nut and National Stadium to Taksin Bridge.