A former inmate trying to get himself started in the drugs trade was left in debt to a friend after failing to find a buyer for a huge consignment of speed.

He was peddling a huge consignment of drugs, much like a hawker sells his wares, but had failed to find any interested customers despite cutting the price drastically, he said.

Police posing as undercover buyers made contact at the carpark. He offered them 238,000 speed pills for 3 million baht -- a bargain, he said, as sold individually they would be worth an impressive 250 million baht.

When his "buyers" asked where he had hidden the pills, he told them obligingly that he stashed them inside a pavilion at Santisuk cemetery in Mae Rim district. Officers nabbed him on the spot.

Speaking later at the station, Oh, who is only recently out of jail, bemoaned the state of the economy which had thwarted his plans to make a new start.

He said the drugs belonged to a friend he met in jail. His mate gave him the drugs as seeding capital for his fledgling career as a dealer.

He was forced to travel around in his pickup hawking the drugs so he could raise some money to pay back his debt.

Police, who charged Oh with supplying the drug, are expanding their probe.

A 10 baht coin was all it took for an Udon Thani man to be stabbed in the chest. 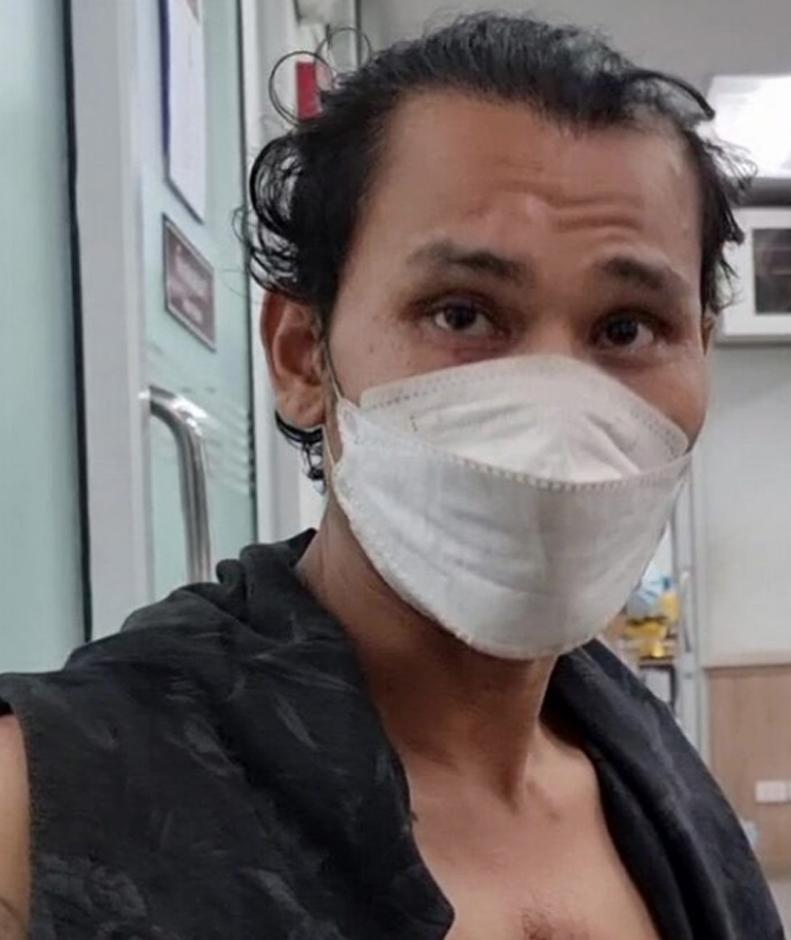 Sakda Suklab, 42, turned up bloodied and without a shirt at Muang police station on Aug 1 to lay a complaint about a friend, identified only as Potter, whom he said had stabbed him with a pocketknife.

Police contacted rescue workers to have Mr Sakda sent to hospital first. Later, after he had been patched up, Mr Sakda told them his mate Potter had attacked him out of the blue.

"I was sitting in front of my place having a meal when Potter turned up and asked if he could borrow some money.

"I said I had none but Potter saw a 10 baht coin I had lodged in my ear and accused me of lying," Mr Sakda told police.

He kicked him in the chest, sending Mr Sakda toppling to the floor, and calmly walked away.

"A few minutes later Potter re-appeared looking grim, and stabbed me with a pocketknife in the left side of my chest.

"I wasn't able to defend myself as I was still getting over the first attack. I am lucky my ribs deflected the blade or I might be dead.

"When he first stabbed me I thought I was dead for sure, but luckily I survived. Potter ran away," he said.

Police are looking for him.

A Chaiyaphum woman admitted killing her husband in a row over drugs after she felt guilty about dumping his body in a forest. 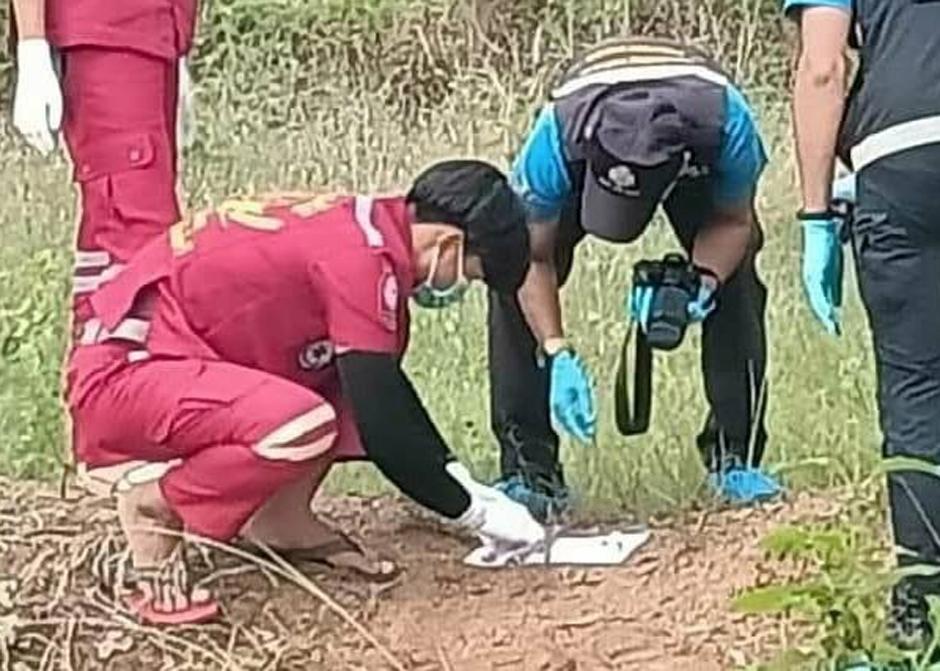 Nong Bua Daeng police nabbed Pier Charoenphon, 34, after she came forward to say she had shot her husband, Yutthapong Saengchan, 35, in the chest with a Thai-modified "cap" gun.

They were dividing up a stash of speed pills but couldn't agree on who should get how many. The couple started to argue and Ms Pier shot him.

Ms Pier said she dragged his body to the edge of a forest at the foot of the Ban Wang Thong mountain in Tham Wua Daeng district in the hope of covering up what she had done. However, her killer's resolve wasn't to last.

"I went to bed that night, and carried on with life until about midday when I started to feel guilty," she said.

Ms Pier told a village elder and they arranged her surrender. The couple have a five-year-old daughter who looked distressed when she saw her dad's body lying in the grass where her mother had dumped it.

Police found seven ya ba pills in the victim's pocket, which Ms Pier evidently failed to retrieve, despite the argument. They charged Ms Pier with murder.

Hubby fails to do 'homework'

A Nonthaburi man was forced to seek shelter at a police station after his wife kicked him out for failing to do his duty in bed. 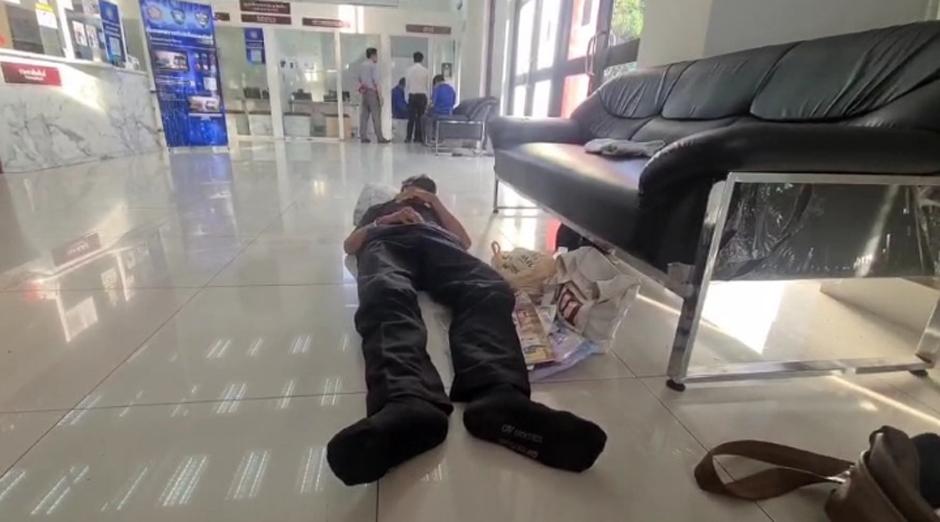 Siwa, whose wife threw him out for failing to satisfy her in bed.

Visitors to Rattanathibet station on July 30 were surprised to find Siwa (surname withheld), 46, a security guard, asleep on the ground floor.

A reporter asked him why he was there and Mr Siwa said his wife, Samran, 47, had thrown him out.

Mr Siwa is a security guard at a housing village in Bang Bua Thong. He said board is provided as part of the job and owing to the nature of the work he was able to get home to see his wife just once a month.

"My wife is unhappy with me as she says all I do is work, even though my hard work helped buy her a car so she can get about the place in some comfort," he said sadly.

Fed up with his apparent lack of interest, including his failure to satisfy her in the sack (or failure to do his "homework", as the Thai put it), Ms Samran tossed him out.

When he turned up at the station he had already been to the local temple begging for food, and had just 13 baht to his name.

"I wasn't sure where to sleep so I came here. I had to ask the temple for food as I couldn't afford any," he said.

"I would like to warn other men in my position not to work so hard that they forget their duties at home," he added.

The reporter, who felt sorry for him, gave Mr Siwa 100 baht so he could look after himself in the meantime. Mr Siwa said he would ask police to help him patch up the rift so he could go back to the loving arms of his wife.