A show of strength

Shining a spotlight on Thai superheroes

Over the past few years, American superheroes have dominated the movies in cinemas and series on various streaming services. That is likely to continue since Phase Five of the Marvel Cinematic Universe consists of planned releases in 2023 and 2024, while DC Extended Universe also has at least five films to be released next year. Last month, a reboot of the Red Eagle, perhaps Thailand's best-known superhero, was also announced for a planned release in 2024. Guru thinks home-grown heroes need long overdue love from us, so here are some of the memorable ones for your reading pleasure. 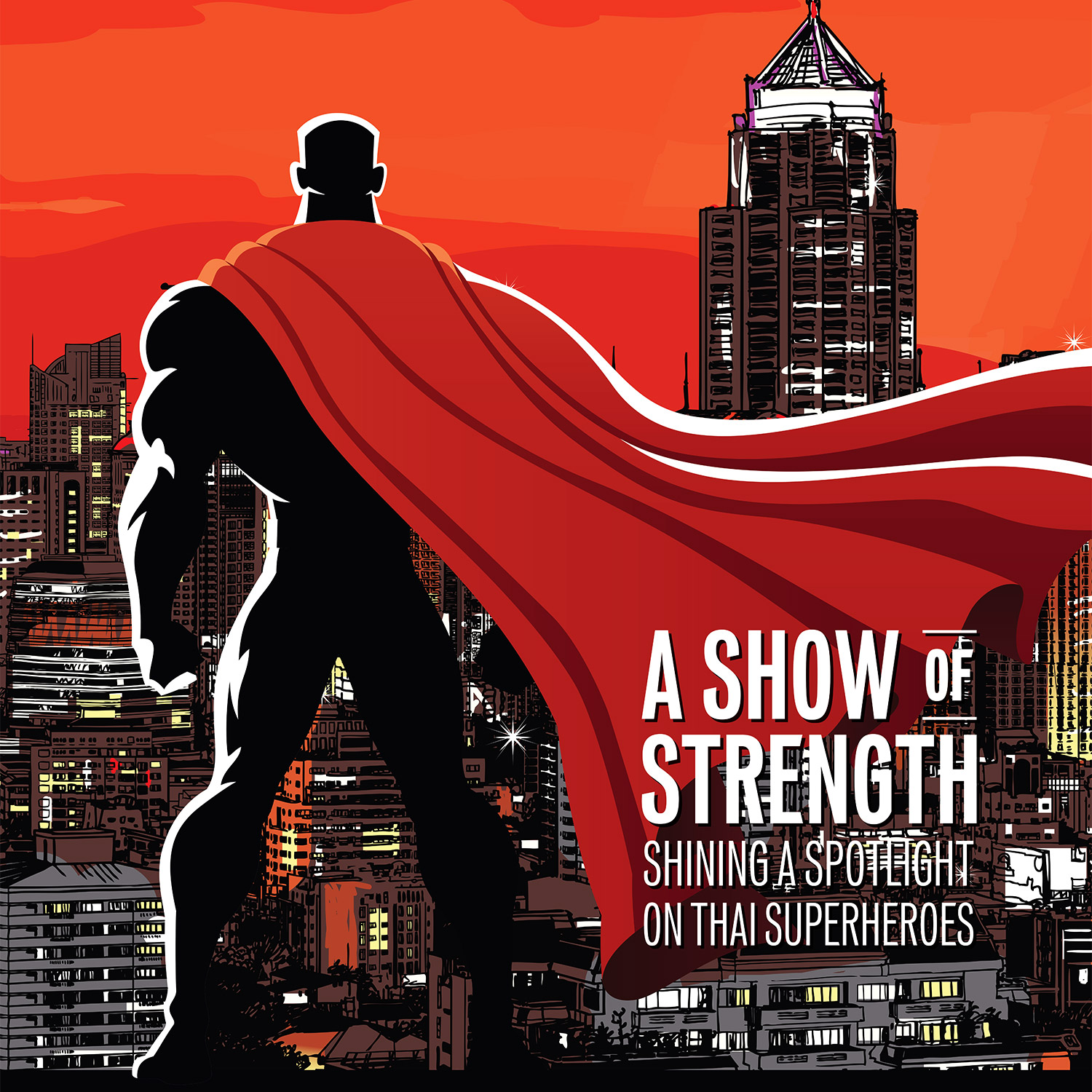 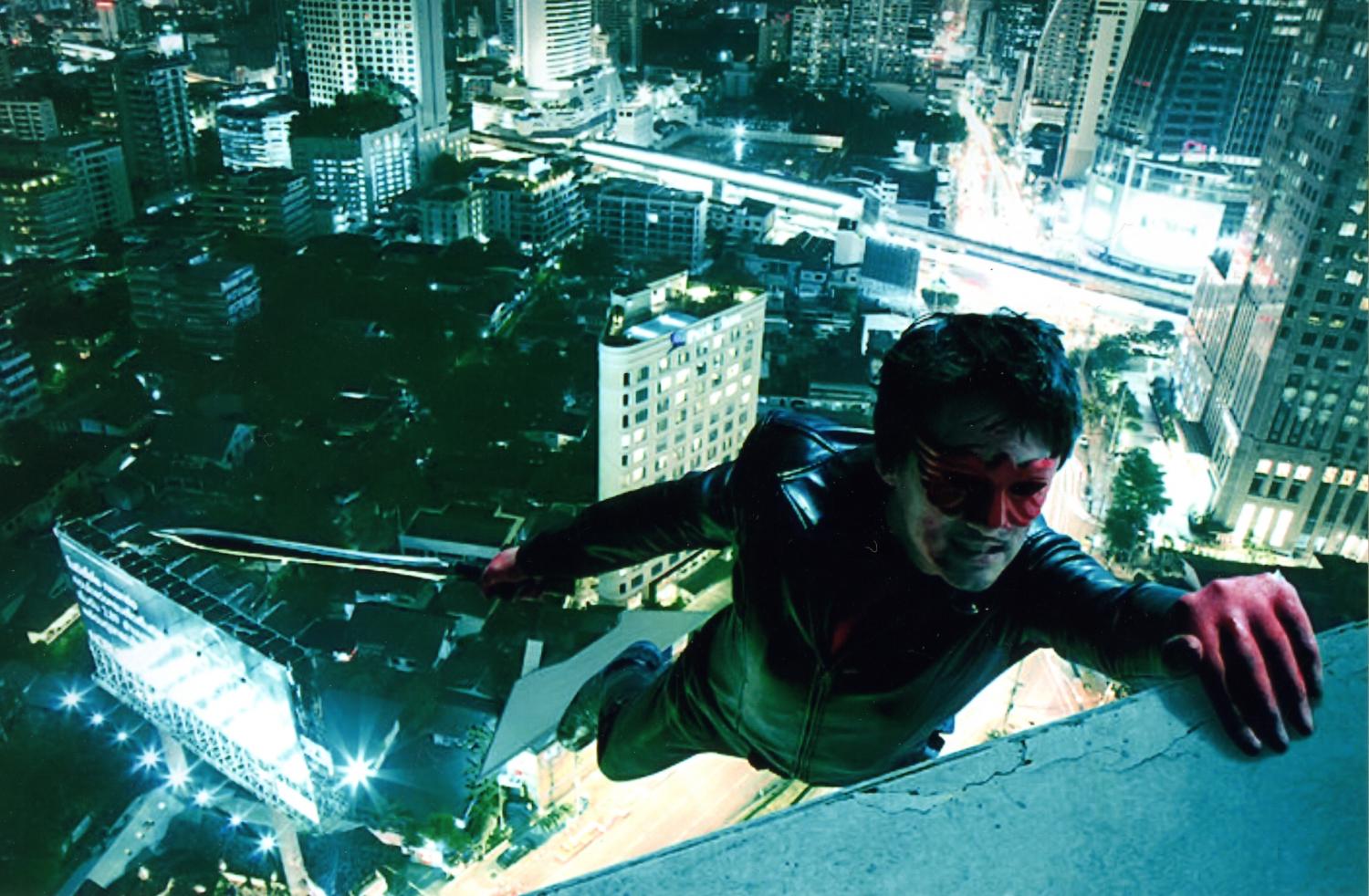 Backstory: Author Sek Dusit gave birth to the red-masked superhero in 1955 after being inspired by Captain Lightfoot. Why eagle and not a penguin, you ask? Sek said the eagle is a symbol of power and can fly really high. Since his inception, The Red Eagle fights baddies involved in illegal logging, corruption and powerful villains that seem untouchable by the law. The Red Eagle lived in the pages from 1955 to 1970 before spreading his wings to become an on-screen hero portrayed by leading male actors.

In Sek's original vision, Rome is a dapper businessman by day who becomes a vigilante by night. Perhaps, that explains how he could afford to fight crime in style by disguising his face with a red eagle mask and an eagle-shaped belt bucket.

In Media: Legendary Mitr Chaibancha played the Red Eagle in five movies but, ­sadly, fell from a helicopter ladder while finishing his last movie Golden Eagle (1970). At the age of 36, he starred in 266 films. Jarunee Suksawat played the daughter of the Red Eagle and she put on his mask after his death to continue her father's crime-fighting legacy in Insee Phayong (1988), a direct sequel to Golden Eagle.

Two TV series based on the hero were released in 1997 and 2019, starring James Ruangsak and Akapan Namatra, respectively.

While Mitr is the mental image of the Red Eagle, the second most memorable portrayal of the superhero is by Ananda Everingham in the 2010 film Red Eagle. The vigilante deals with corrupt politicians who are involved in a plan to build a nuclear plant.

Power: Red Eagle can melee fight and shoot guns like nobody's business. Not the most flashy power to have but the fact that he fights powerful but corrupted people and their henchmen in fictional Thai society makes us want to cheer him on the most.

Nicknames: First of all, there's no "S" after ranger for some reason. Sport Ranger is a group of Thai-style Super Sentai, a TV series genre of Japanese superhero teams. Such groups are colloquially called five-colour teams. Ace (red), Up (yellow), New (green), Yu (blue) and May (Pink) made up the original line-up of Sport Ranger and each member specialises in a specific sport, which I guess helps them fight monsters somehow. In the second season, Ice replaces Ace as red, Ball replaces Up as yellow and Ten replaces New as green because the three guys sacrificed themselves (à la being snapped by Thanos) to defeat the big boss in the first season's finale. Grittier than you think, right? 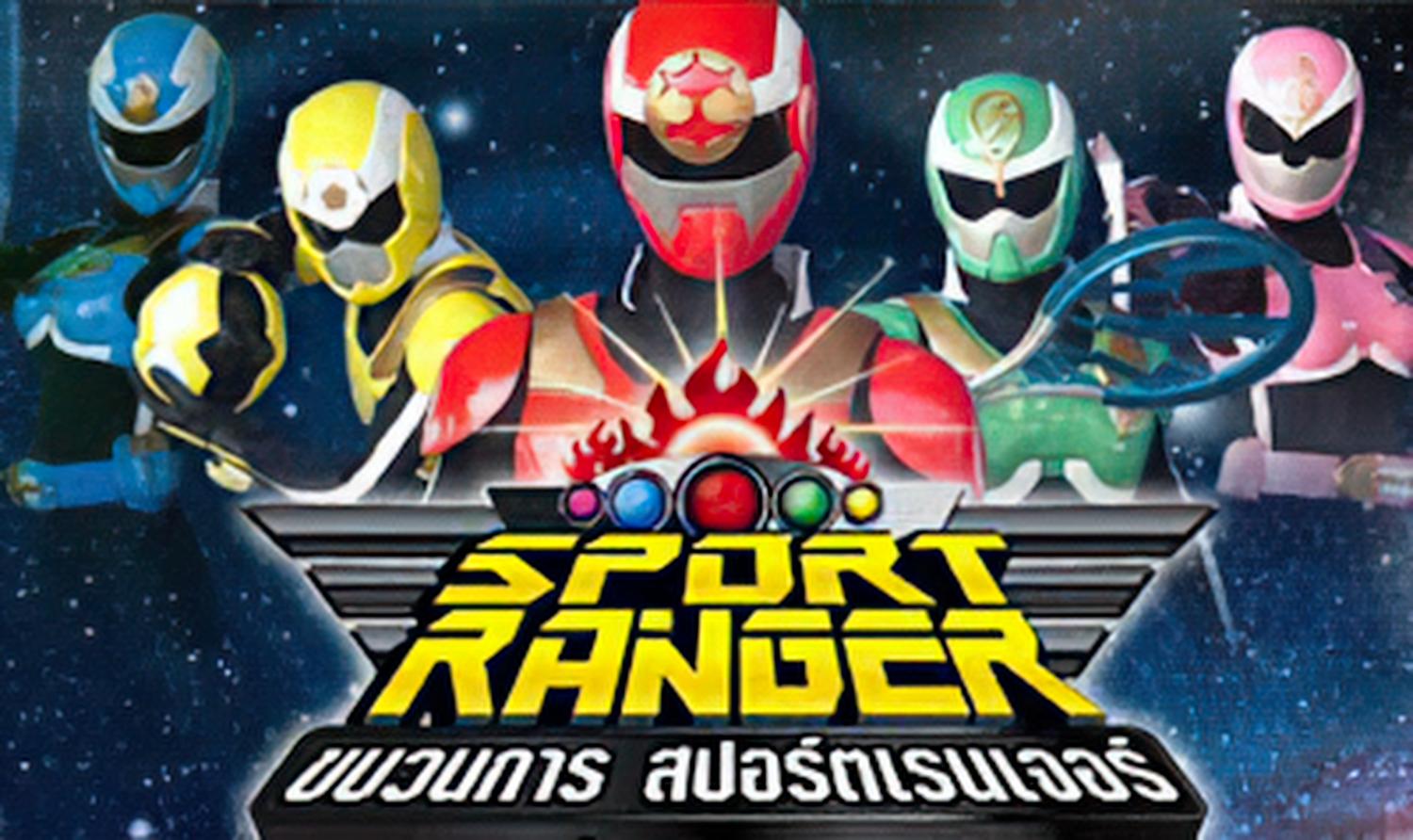 Backstory: Like a good Super Sentai, there's a bit of mythology to start with. Starhunter is a spacefaring alien race that steals all life energy on other planets, thus the name, gathering the energy in the sixth dimension using "King Medal". Soon they created "Knight Medal" when "King Medal" was not able to absorb all the energy. Believing Earth would not offer much resistance, they brought along both medals. Fortunately, the vessel carrying both medals got caught in the crossfire in the war on Earth. The medals were lost as the ship exploded in Siberia. Starhunter was forced to retreat and create new medals.

One of the medals was broken into five pieces. The broken medal was taken by Dr Earth while the intact medal was taken by Dr Heart. One day, Heart's research lab exploded and the medal went missing. It turned out that the monsters that had begun to appear were humans that had absorbed the energy from and been transformed by the missing medal. To counteract, Earth created "SportDetector" and special suits to utilise each broken piece's unique power. He gave five Thai youngsters the suits to beat these monsters. Meanwhile, Starhunter is preparing their new invasion of Earth. 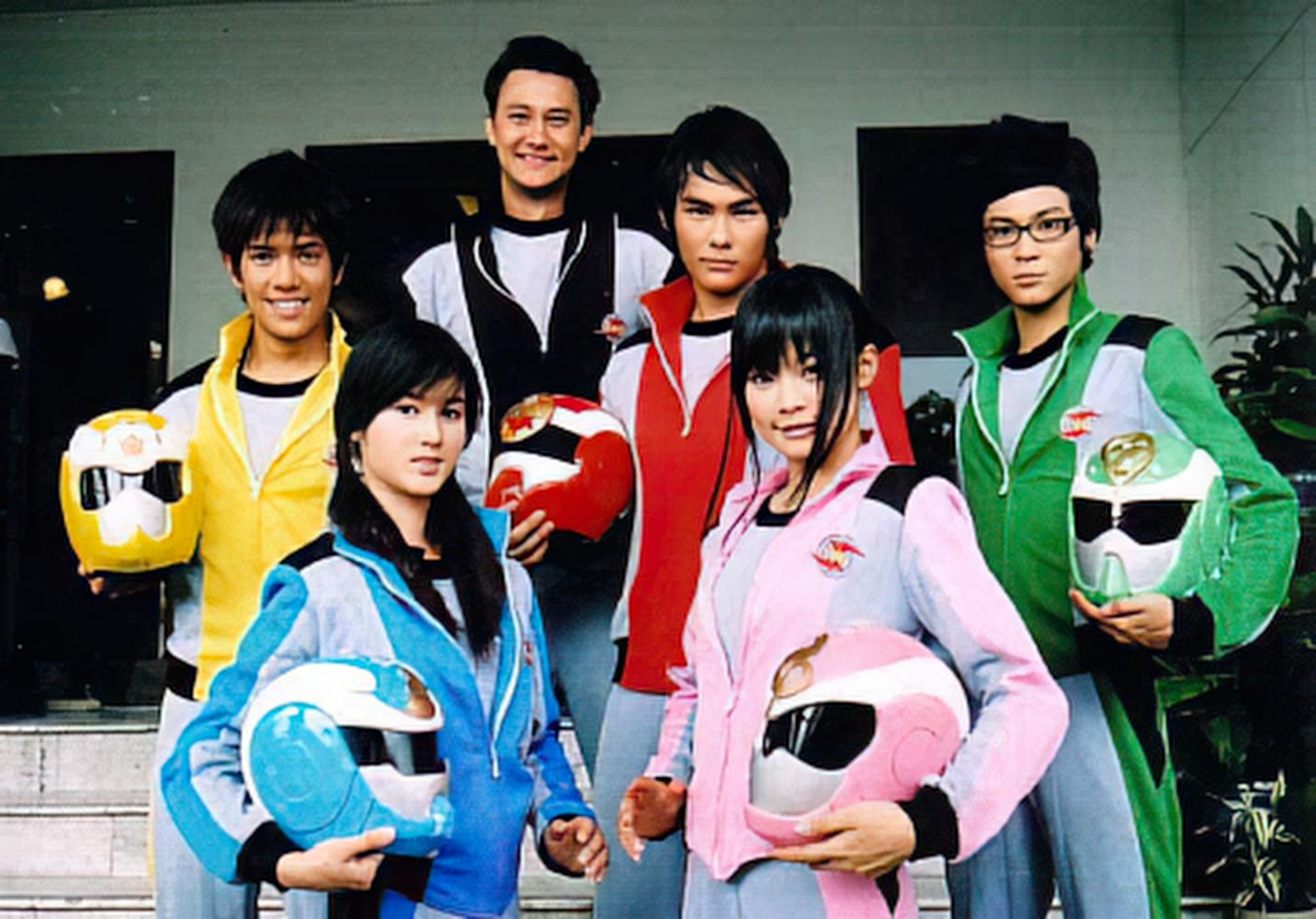 In Media: Produced by Broadcast Thai Television and aired on Channel 3, Sport Ranger has two seasons, which were released in 2006 and 2012 with a total of 55 episodes.

Power: Sport Ranger has all the tropes you would come to expect from a Super Sentai series from body-fitting suits, cool transformation scenes, individual weapons, cool gadgets, killing moves, a combined deadly beam called "Star Gate Judgementation", and, most importantly, individual vehicles, which can transform and combine into one huge robot to defeat a Kaiju monster at the end of each episode.

Name: Created by Netmarble Games for Marvel Future Fight in 2015 as part of a Southeast Asian hero quartet in the Marvel Universe named Warriors of the Sky, War Tiger is unlikely to be his real name but a moniker. Let's call him Lung Suea (Uncle Tiger). 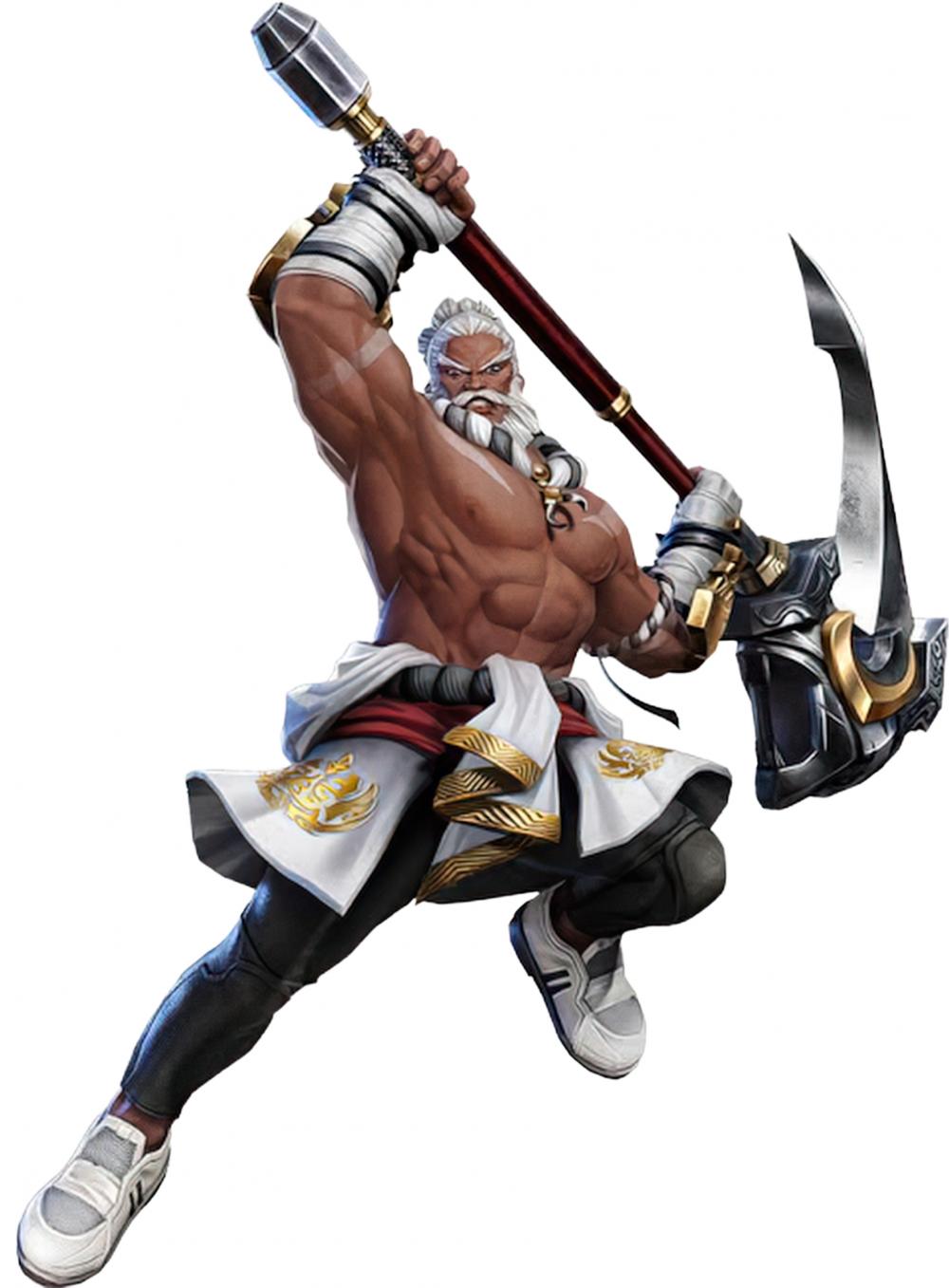 Backstory: According to his fictional bio, War Tiger was once a young and brilliant army general from the 1400s (so that puts him in the Ayutthaya era), who pursued a mythical giant white tiger due to his hubris (and a bit of ancient toxic masculinity, I'm sure). After his battalion lay defeated and his body scarred by the tiger, he was stripped of his rank and banished from his homeland. In order to recover his honour, he set out to hunt the creature while mysterious white stripes grew over the tiger-infected wounds on his muscly torso with each passing year. War Tiger's quest continues for decades, long after his natural lifespan, before he finally learns that violence for selfish reasons is pointless and realises one must fight to protect those under one's care. After the profound realisation, the legendary tiger appeared before him and offered him his gleaming fang, turning the former cocky general into a true hero, who wields a scythe topped with the tiger's fang to fight evil. 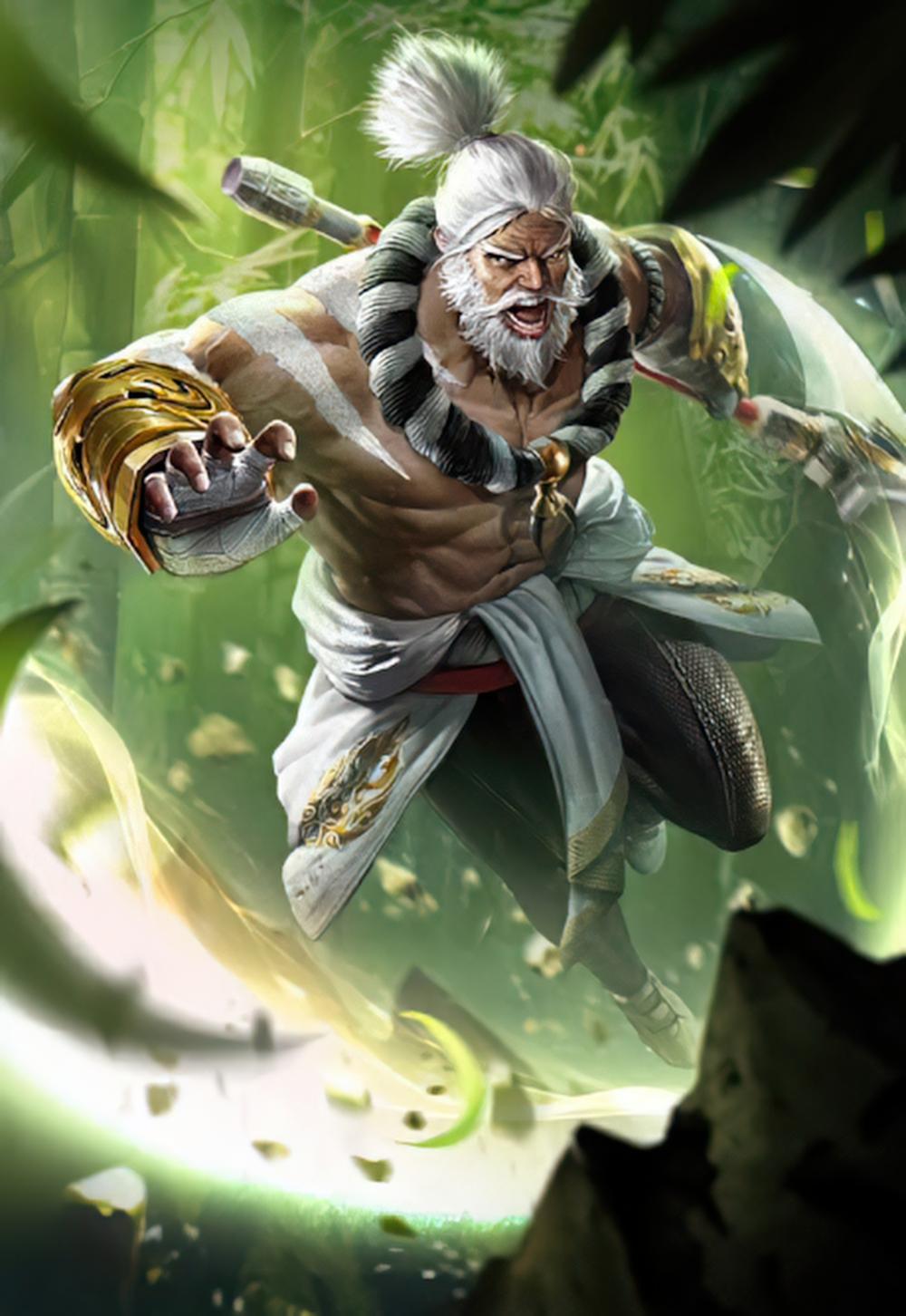 Power: He is 2.03m in height and weighs 167.83kg (which is X-Men-level unusual for Thais in any era) so I guess being scarred by the legendary creature gave him a super physique and extra longevity like how Peter Parker got his powers from a radioactive spider bite. The problem is that if he ever gets a film adaptation, how on Earth does one find an Asian of such stature to portray him?

Name: Hot-headed firefighter Sharn is gifted (and cursed) with superpowers when a magical metal charm, called Lek Lai, accidentally pierced his body and turns him into Mercury Man. In real life, Lek Lai is believed to grant its owner invincibility. 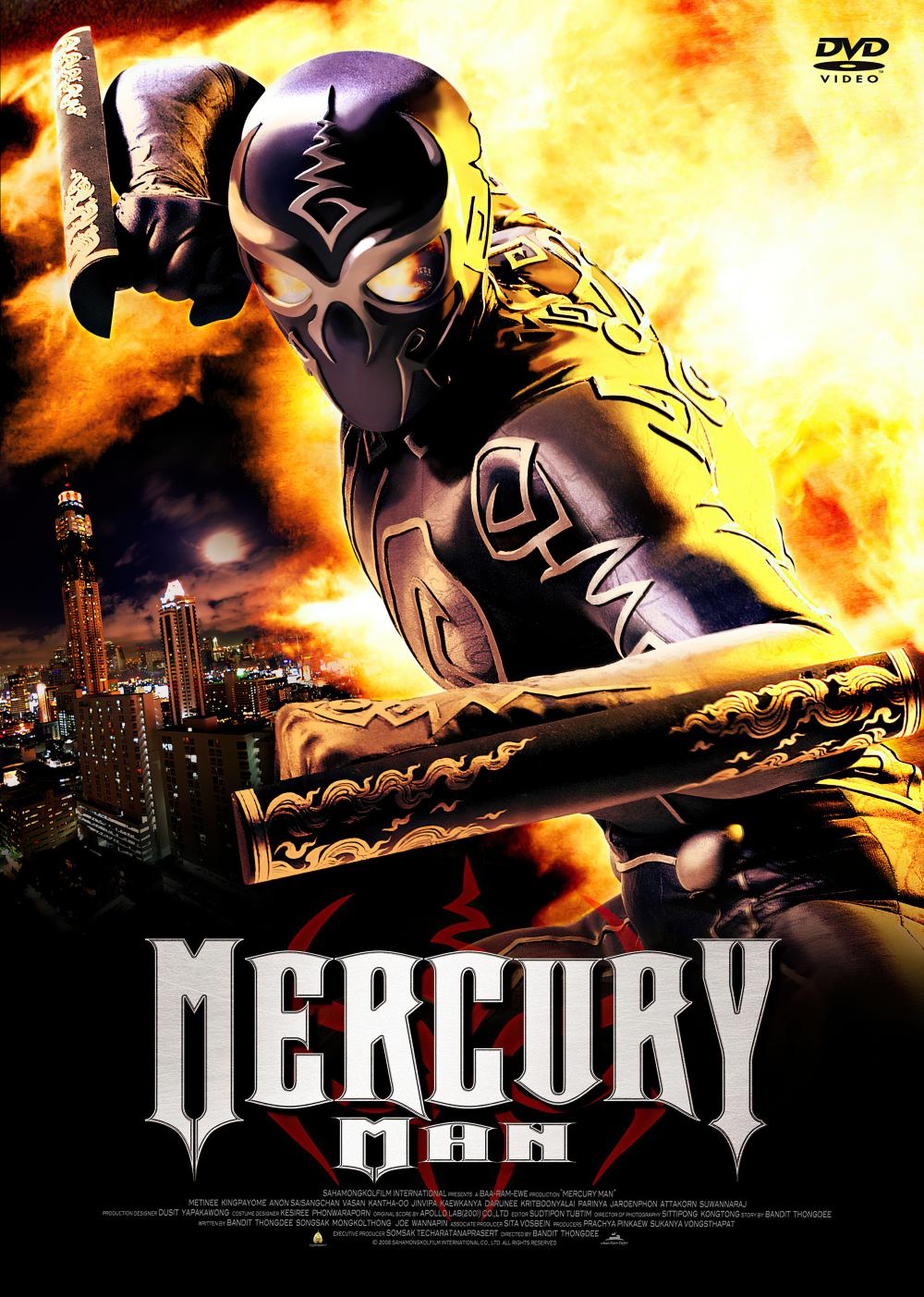 Backstory: In Mercury Man's universe, when Moon Metal Charm and Sun Metal Charm combine, they will bring limitless power that no weapons can stand in its way. An international terrorist assigns his right hand and villainess Areena to retrieve both charms. During an attempt to steal the terrorist from a Thai prison, Sharn is accidentally stabbed in the heart with the Sun Metal Charm. He senses the surging power of the charm in his body and the only way to control the power from consuming his body is to control his own emotions. Mercury Man is an example of a superhero sprinkled with Thainess in terms of his power's origin and costume design.

In Media: Mercury Man has only one film adaptation named after him, which was released in 2006. Nong Toom Parinya plays Grace, an MTF transgender fashion designer close friend of Sharn (how woke) who used to be a Muay Thai boxer. She turns Sharn's fire-proof suit into Mercury Man's black signature suit with lines of sacred script in gold. Also, Metinee Kingpayom plays Areena in such a badass manner. 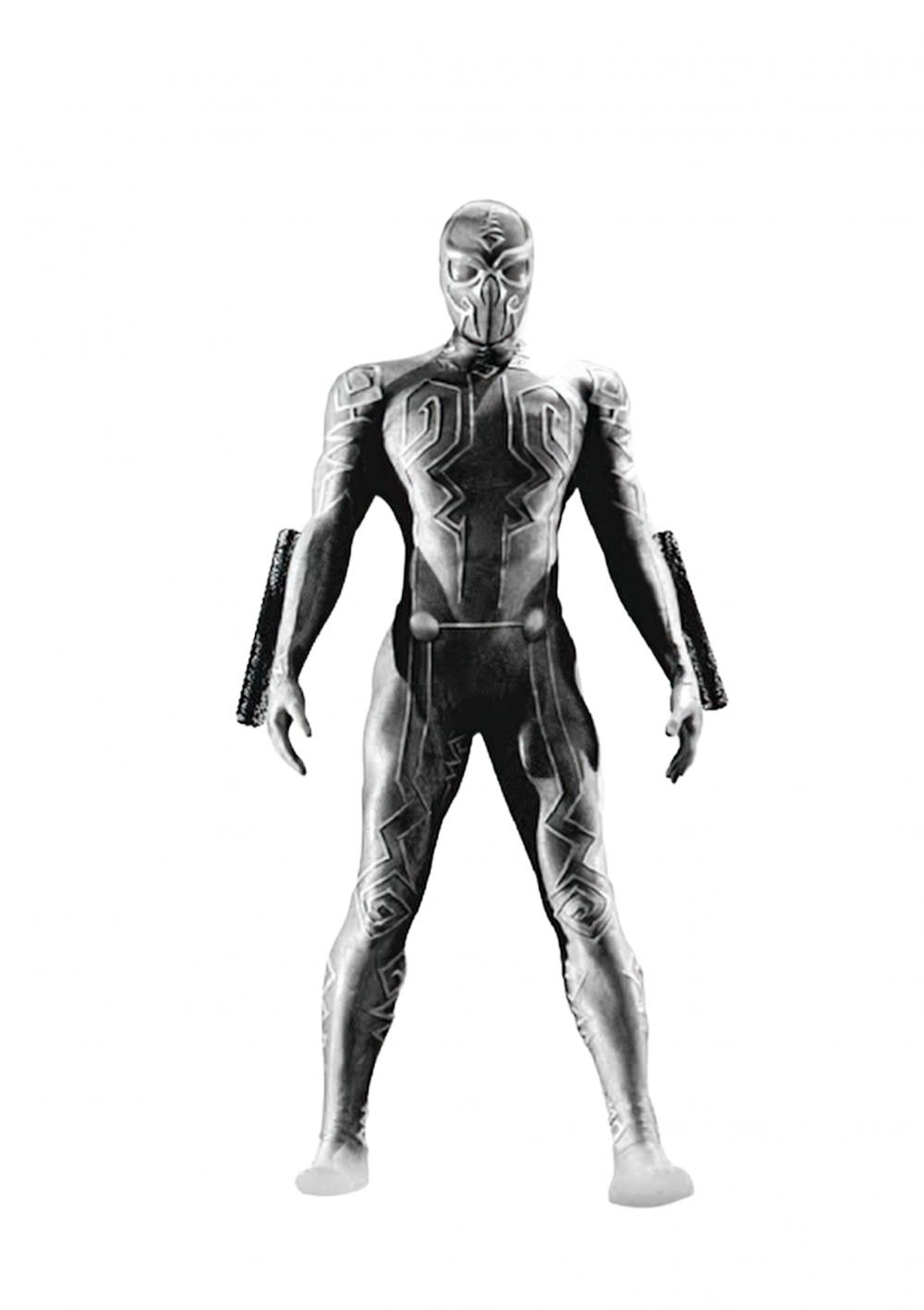 Power: His elbow batons can be used to deflect projectiles like a shield. His muscle is fused with the metal charm so it becomes super strong. He can also generate and manipulate magnetic fields with his palms (sound familiar?). With an enhanced body, his Muay Thai moves become deadlier than usual.

Name: Princess Natcha is a daughter of a god, who decides to descend down to Earth against his mother's objection in the pursuit of another god who threatens the stability of the four realms; Heaven, Earth, Ocean and Hell. Oh, you bet there are a lot of fantastical characters in this fantasy/action series. 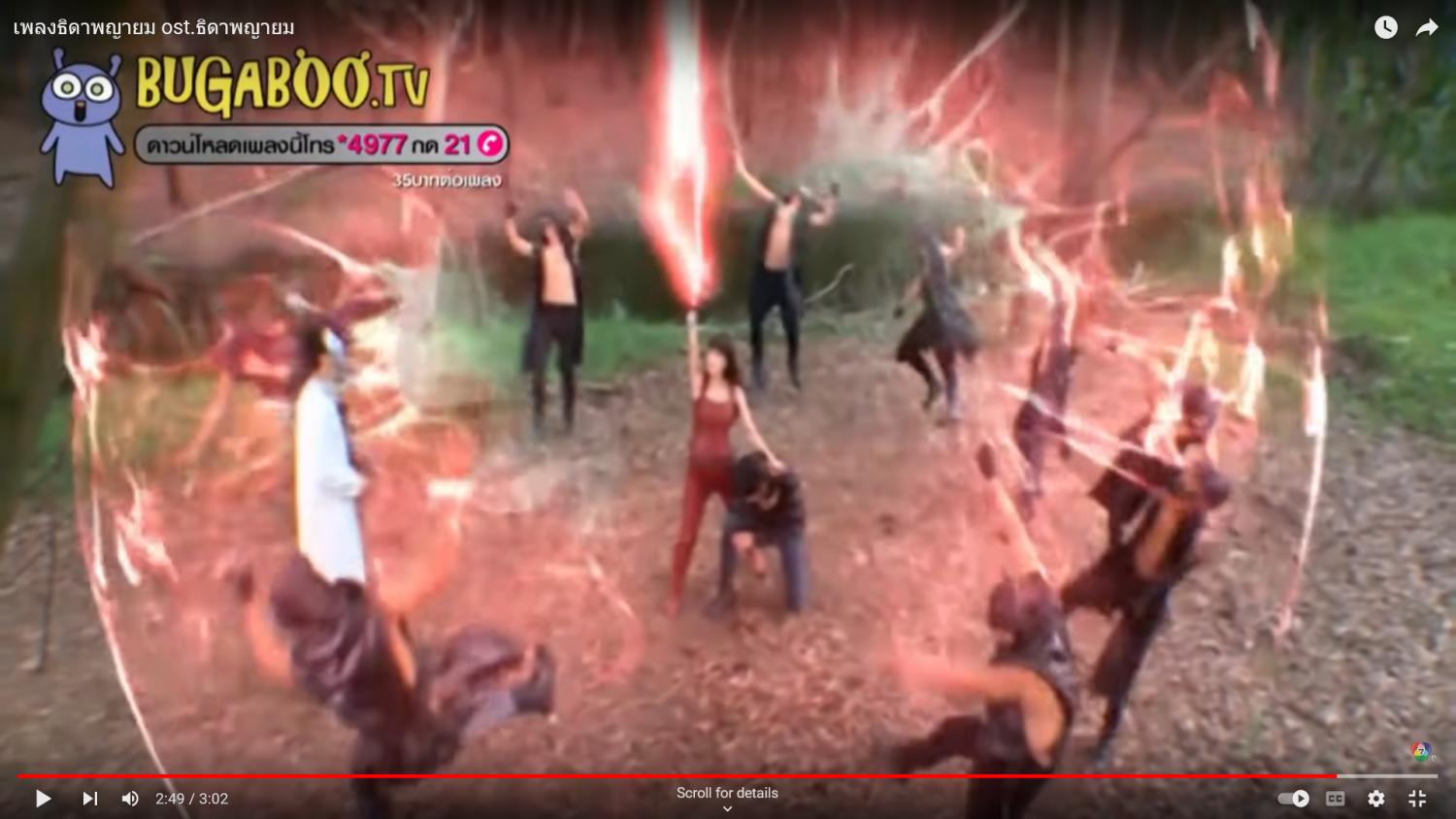 Backstory: If you love world-building and mythology, you may find Thida Phaya Yom interesting. Akin, whose father is a god incarcerated for creating chaos in the four realms, goes down to Earth in order to find four keys to release his father from prison. Natcha's dad was blamed for not incarcerating Akin along with his father in the first place. Natcha, who's obviously heaven's papa girl of eternity, offered to capture Akin and return him to heaven to restore her father's honour. Akin disguises himself as a mafia boss on Earth and plans to take over the four realms while Natcha befriends a policeman named Aekkapop who joins her and her allies in the pursuit to bring down Akin and save the four realms. Of course, there's a bit of chemistry between Natcha and the mere mortal policeman.

Power: She's technically a heavenly creature so any powers you could imagine she probably possesses it. Flight is an obvious one and she literally flies down from heaven in the opening credit. She can summon a shotgun in her hands and deftly wield a red laser sword à la Star Wars. She can release fireballs from her bare hands and is adept at hand-to-hand melee, too. If she gets a crossover with any other Thai superheroes, she'll have to be nerfed though. Also, Thida Phaya Yom vs Scarlet Witch would be so cool. 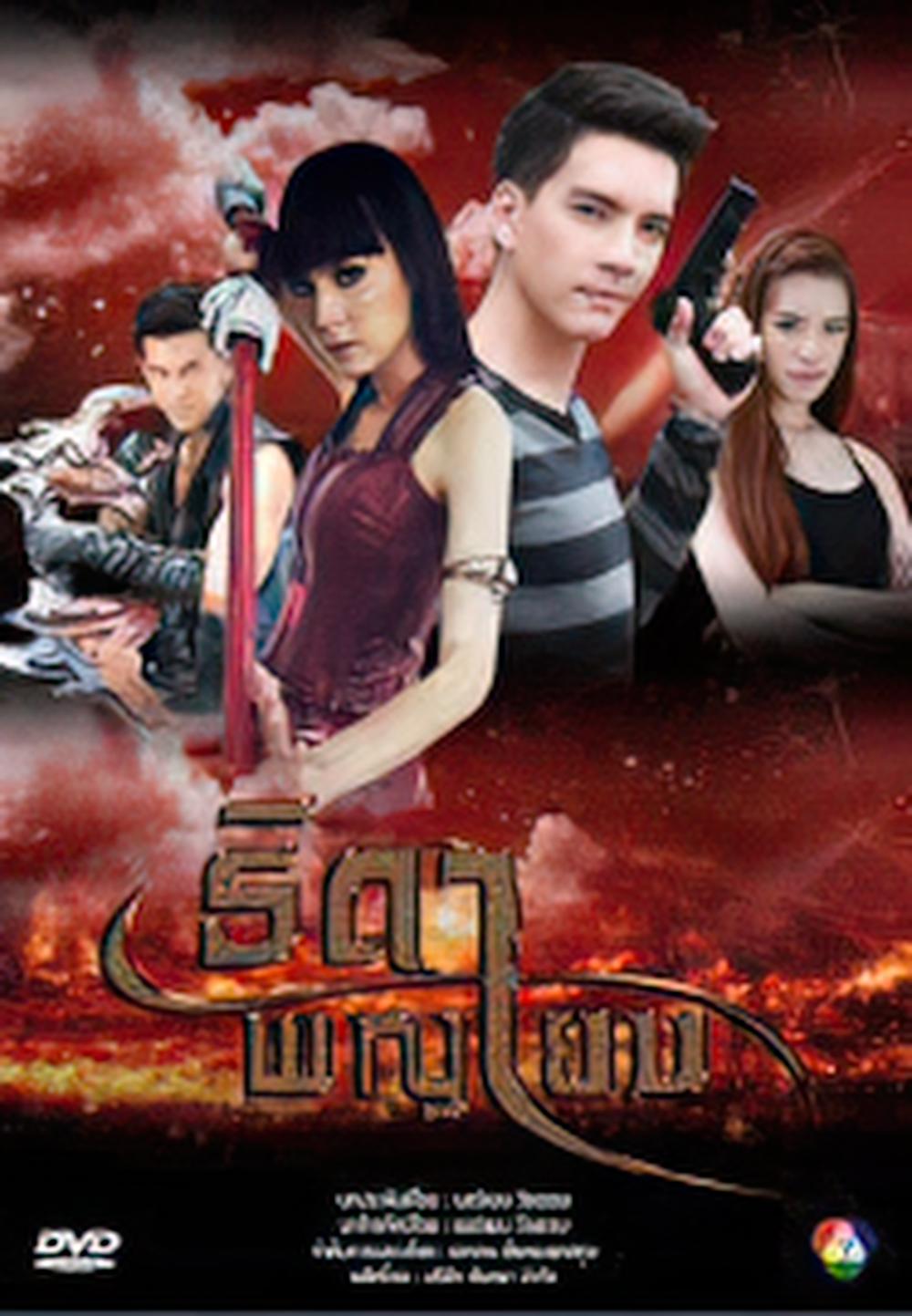