Sir Jackie Stewart, an F1 legend, stared intently at the screen. He pointed when a driver came close to overtaking his rival. He also raised his hands to show distance between the two cars. Although he's been retired from high-octane motorsport for five decades, he still offered an insightful commentary, showing how life and racing are closely intertwined. 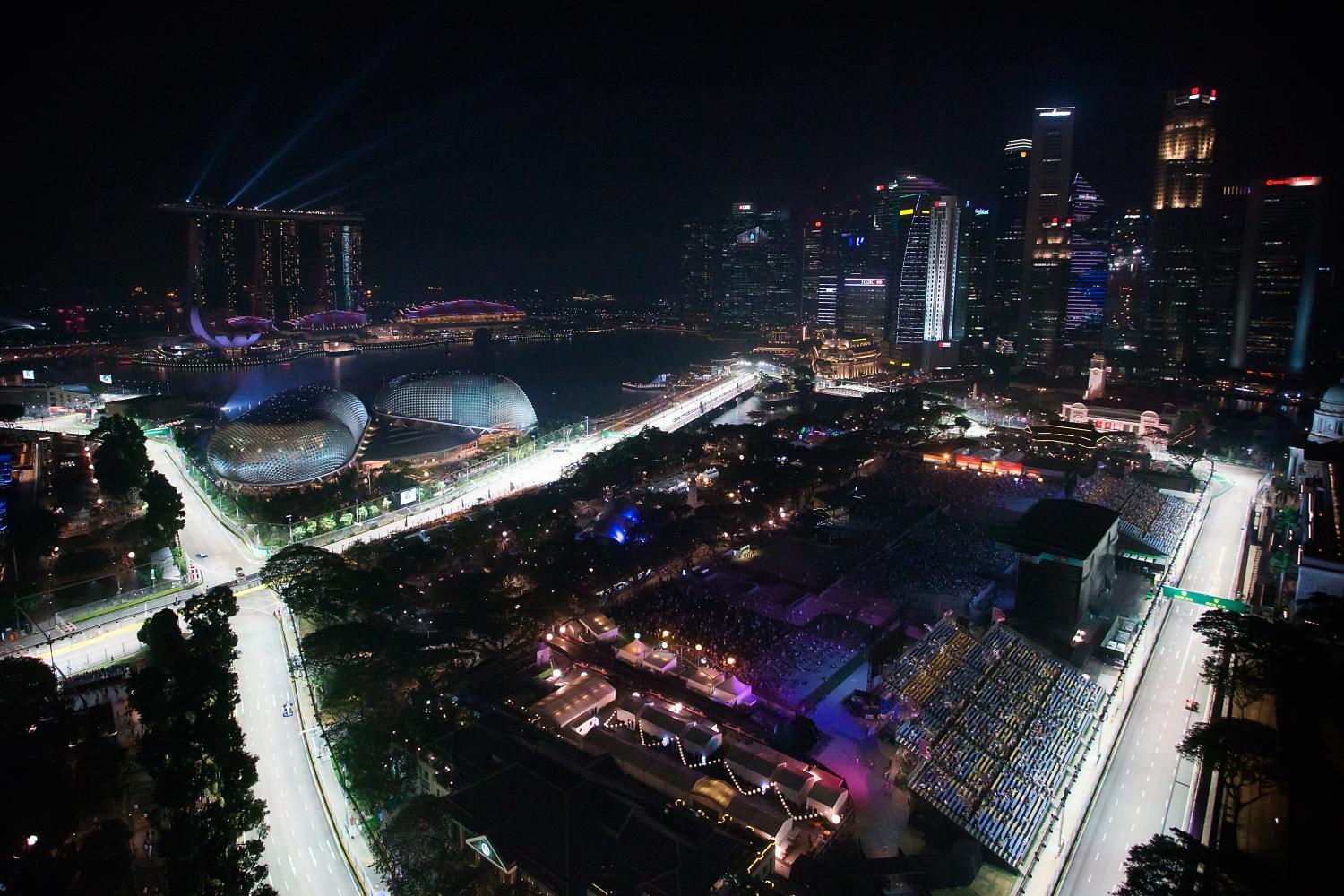 "If you overdrive, you will make a mistake, particularly in a place like this. It is a tough race track. A lot of tight corners and concrete," he said.

After a two-year hiatus due to the pandemic, the Singapore Grand Prix -- part of the Formula One World Championship -- wrapped up on a high note last weekend. Since its inception in 2008, the original night race in the city-state has been a highly-anticipated event. Despite heavy rain, over 300,000 spectators packed grandstands for three consecutive days, breaking the record for its 13-year history.

In an interview, Stewart, 83, spoked softly, but brought back his racing days in a crisp manner. His F1 career began in 1965. After winning three world championships, he left the track at the end of 1973, aged 34, but his crusade for driver safety went further. He noticed that F1 has changed in many ways, especially the number of races per year.

"It is now a global sport, bigger than it was in my career," he said.

Born in Scotland, he struggled and left school at 14 before he was diagnosed with severe dyslexia. Because his grandfather was a gamekeeper, he took up trap shooting and went on to become an award-winning competitor. After he got married at 24, Stewart worked in a garage where he got an opportunity to race and win.

"Then it was like a rocketship. I just went straight up," he said.

When it comes to success, besides perseverance, natural talent comes into play. But most importantly, what catapulted him to championship levels was emotion management, which he credited to trap shooting. During a qualifying session, he advised that drivers stay calm.

"If you are nervous, you will miss. I learned that from shooting. When I started a race, I had zero emotion. In those days, there were more deaths and injuries. Everybody was uptight, but I wasn't. Shooting did that for me, where for most racing drivers it takes longer to get to that and some never get to it," he said. "[Whether] in business, relationships or sport, don't get upset."

But win or lose, it is more than an apparently cut-throat race. Stewart said drivers in his days cultivated stronger camaraderie because of the lack of private facilities, which allowed them to spend time together. He recalled a trip in which he, Jim Clark, Jochen Rindt and Piers Courage went to the Bahamas. Their wives had the Dog House Club where they would meet, drink and do lap charting. 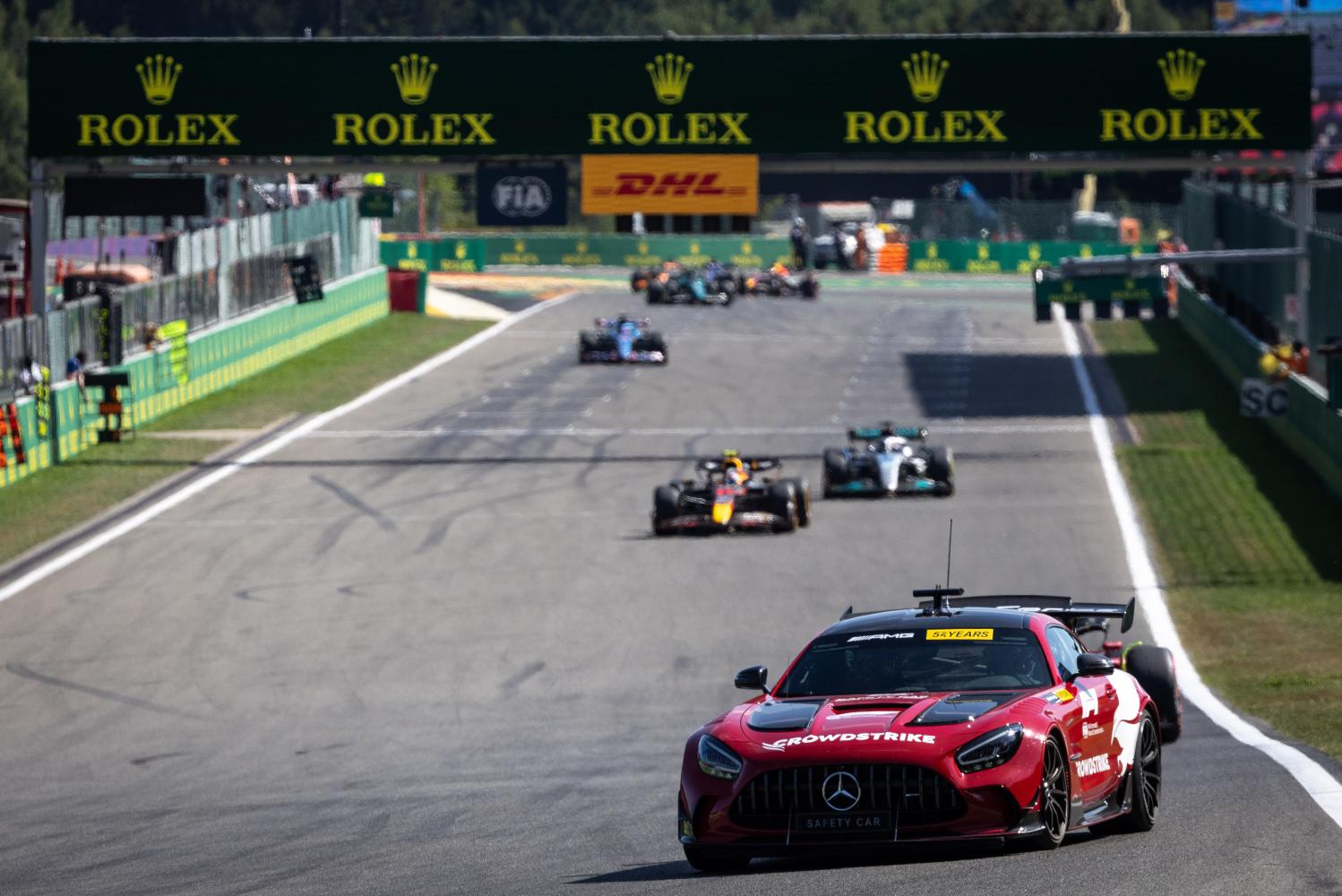 Rolex is the official timepiece of F1.

When racing friends died in an accident, it caused him grief and pain. "In our day, sadly, more people died. Fifty-seven of my many good friends died during my time," he said.

Stewart once had an accident at the Spa circuit during the Belgian Grand Prix in 1966. When downpour sent others spinning off the track, Stewart's car flipped and began laking fuel. He then began to campaign for safety improvements, including full-face helmets, seatbelts, medical facilities, barriers and run-off areas at treacherous corners.

"Today, this is the safest sport. It is safer than rugby and equestrian sports. Fewer people die in motor sports because it has gone from Formula 1 to the lesser formulas for safety. Formula 3 and Formula 2 are getting safer," he said.

It is not surprising that Stewart has made the mark on younger racers, including Mark Webber, now 46. After success in his native Australia, Webber left for the UK to pursue his F1 dream. He first met Stewart while he was still racing in Formula 3. Webber said Stewart has been "a father figure" who provides advice on and off the circuit.

Webber started his F1 career in 2002. He took his first win of nine victories at the Nurburgring in 2009, when he became the first Australian driver to win a Formula One race since 1981. Then he switched to endurance racing. He took part in the FIA World Endurance Championship, claiming victory in 2015, and finally left the track in 2016. 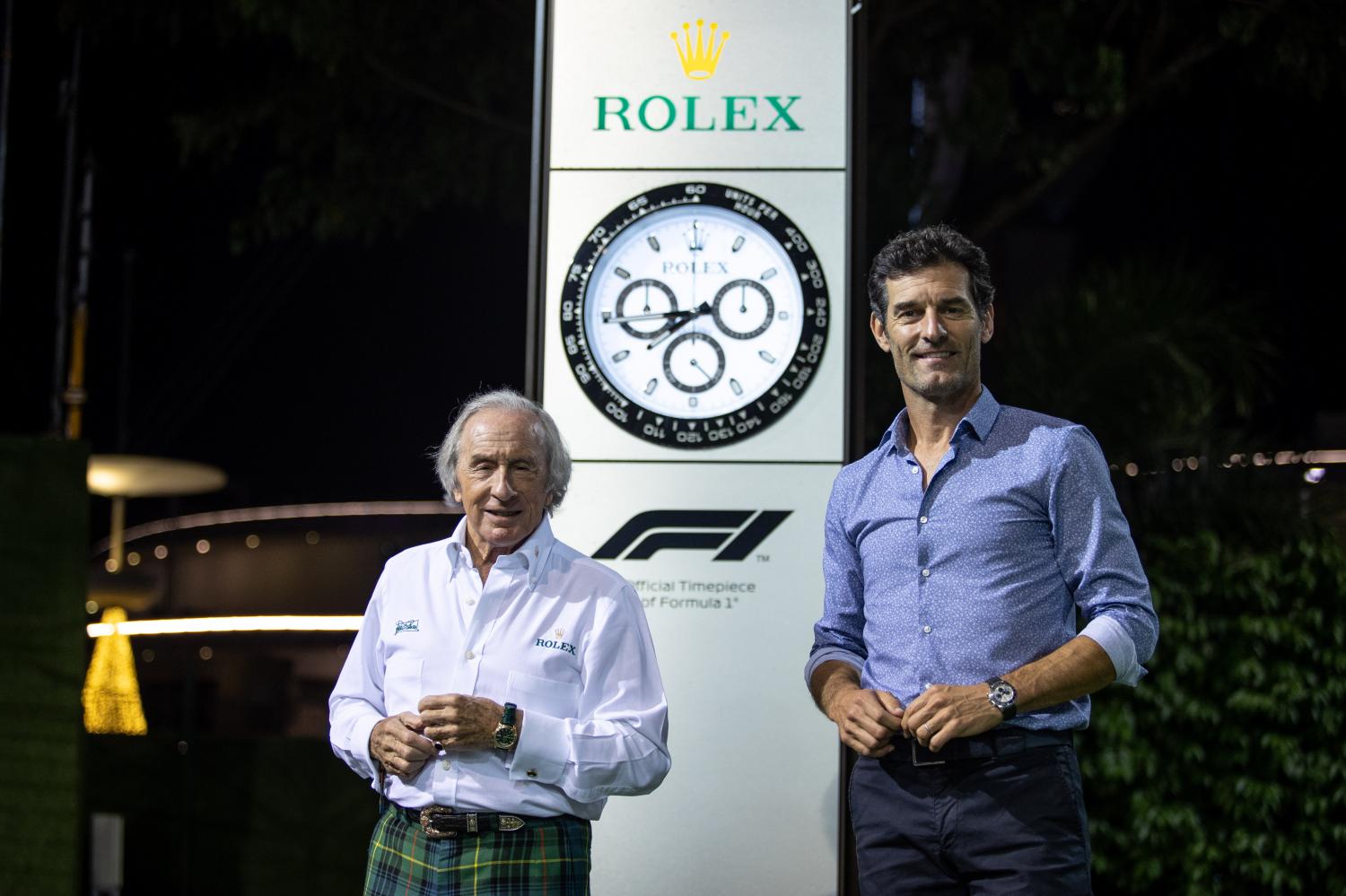 "If you have a lot of baggage in your life, it will get more complicated. In sport, you need to be very present," he said.

Webber grew up on a rural farm. His father, a motorbike dealer, became a huge influence when he started out. When he looked back, he realised that he was lucky to have some space for motorbiking. It gave him an early sense of purpose in life. Then he took up karting in which his father continued to provide support.

"My dad had a beautiful temperament. He never pressured me. Of course, we want to be competitive. We want to win. We want to do the best we can," he said.

The visionary spirit of Formula One reflects that of Rolex and its pursuit of excellence and precision timing. This year marks Rolex's 10th season as a global partner and official timepiece of F1. The iconic Rolex Pit Lane Clock graces the world's renowned circuits, including Singapore. The Swiss watchmaker also supports motorsport legends, including Stewart and Webber.

Stewart has nurtured an enduring relationship with Rolex since 1968. After racing in the Indianapolis 500 in 1966, the owner of his team bought him his first Rolex Oyster Perpetual Day-Date. Soon after, he formed a close affiliation with Rolex along with golf legend Arnold Palmer and ski legend Jean-Claude Killy.

"I have been with them for 54 years," he said. "[It is] the other thing you have for the rest of your life. I have got eight grandchildren. They get Rolexes because I know they are going to have that for the rest of their lives. They never want to change it."

Meanwhile, Webber bought himself his first Rolex, an Oyster Perpetual GMT-Master II, when his first victory came in 2009. It is more than a wristwatch, but "a very personal item" that not only comes close to his racing heart but also becomes something reliable. He purchased a Rolex for his father when he turned 70.

"It is an extension of my relationship with Jackie, what my father did for me as a young lad, the success I had, and the emotion on the day. It all comes into something that you look back on and say it is very unique to have," he said.