Not only during October's Breast Cancer Awareness Month, but all year round the devoted Vikas Tandon pins a pink ribbon on the lapel of his business suit.

People who ask about it will learn of The Estée Lauder Companies Breast Cancer Campaign.

"As a representative of the company, I would like to raise as much awareness as I can of our largest corporate social impact programme," said Tandon, who joined the US cosmetics giant in 2007, first working for its Japanese subsidiary.

In July 2019, he was appointed general manager of The Estée Lauder Companies Thailand, which has been running the local campaign for 19 years.

Symbolised by the pink ribbon, the original campaign was initiated by the late Evelyn H. Lauder in 1992. One year later, she also founded the Breast Cancer Research Foundation. 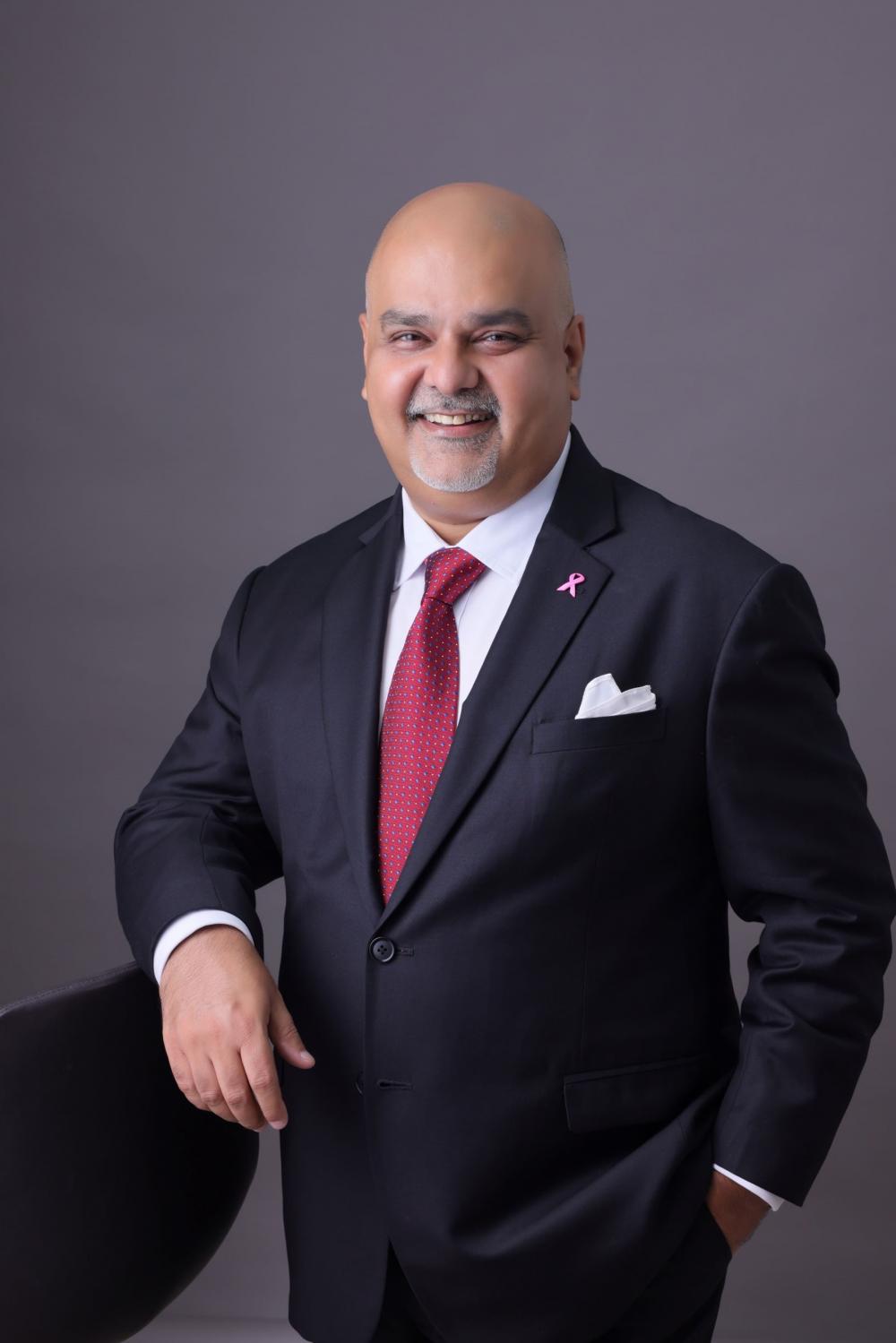 Besides increasing awareness of the disease, the campaign raises funds to support education and research, provide access to proper treatment, and improve the quality of life for breast cancer patients.

"The Estée Lauder Companies has been driving this campaign across the world for 30 years. We have been very committed to this campaign and continue to do so because breast cancer is a big issue in terms of incidences globally," he said. "The multifaceted campaign supports patients through donations to multiple NGOs and research funding to find an effective cure. It is also about education, incorporated into the communications such as brochures. Communications have of course shifted to digital platforms for a wider reach and exposure."

Over the years, the campaign and The Estée Lauder Companies Charitable Foundation have raised more than US$108 million (4.1 billion baht) of which $86 million has gone to the foundation.

Last year contract research organisation Novotech updated the regional situation in the report Breast Cancer Landscape In Asia-Pacific. In Thailand, the number of cases has increased over the past 20 years and currently has the highest incidence among all female cancers nationally with an age-standardised rate of 29 cases per 100,000 persons per year. 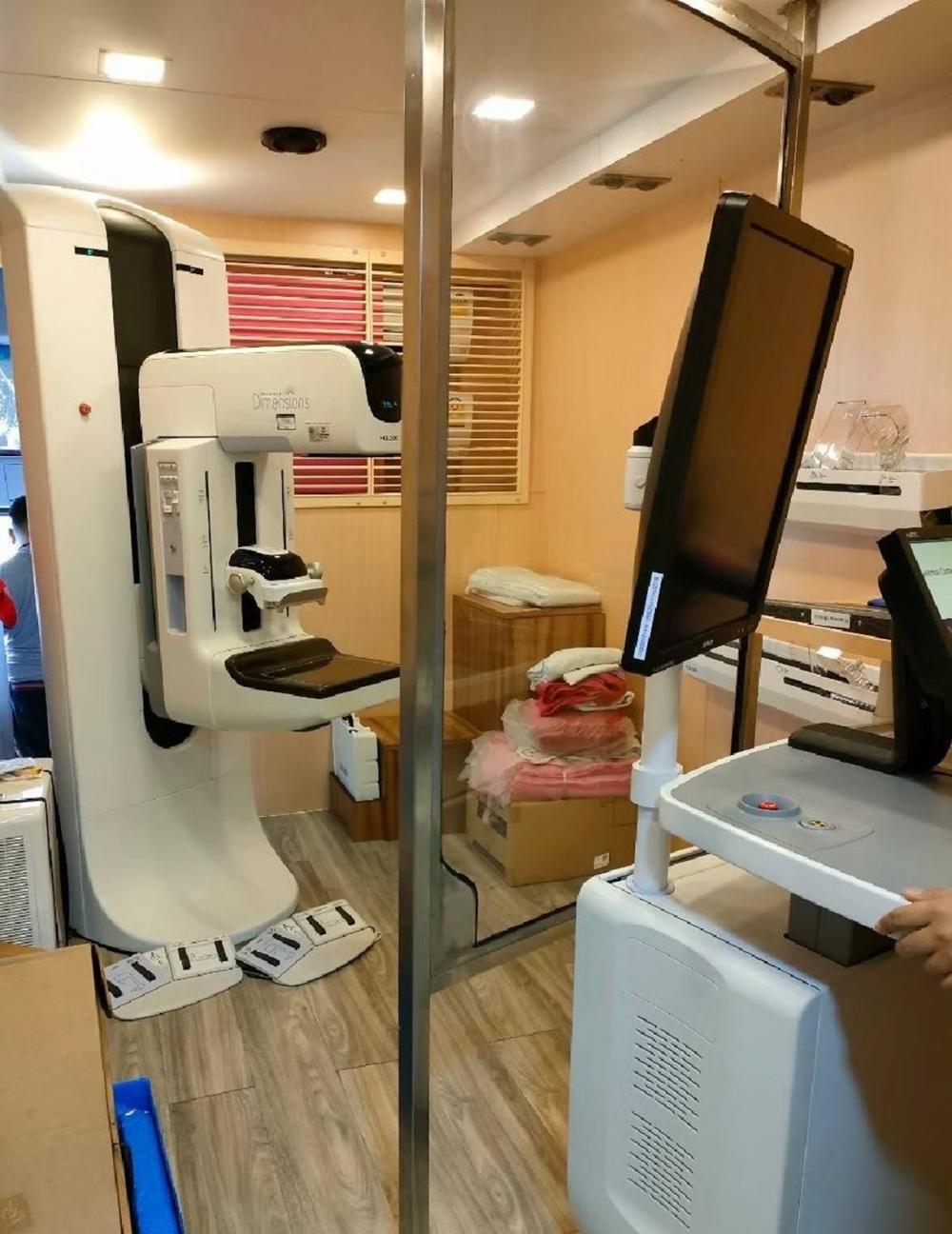 The mobile digital mammography for breast cancer screening is at Asiatique the Riverfront today and tomorrow.

This number is estimated to reach 37 in the next decade. Additionally, incidence rates in Thailand vary geographically, illustrating diverse lifestyle, behaviours, and risk profiles of the northern, northeastern, central and southern regions of Thailand.

"From this data, we definitely need to work more on raising awareness and early detection, which is key. If breast cancer is found early, there are more treatment options and a better chance of survival," said Tandon. "This October, The Estée Lauder Companies Thailand is doing something more tangible in partnership with the National Cancer Institute [NCI] and the Bangkok Metropolitan Administration by launching a mobile digital mammography unit to provide breast cancer screening services and medical consultation."

Today and tomorrow, the breast cancer screening vehicle will park at Asiatique the Riverfront in Bang Kho Laem, and on Oct 29-30, it will be at Nopparat Rajathanee Hospital in Khan Na Yao.

The breast cancer screening services will also be available to other communities in Bangkok as well as other provinces in the near future. 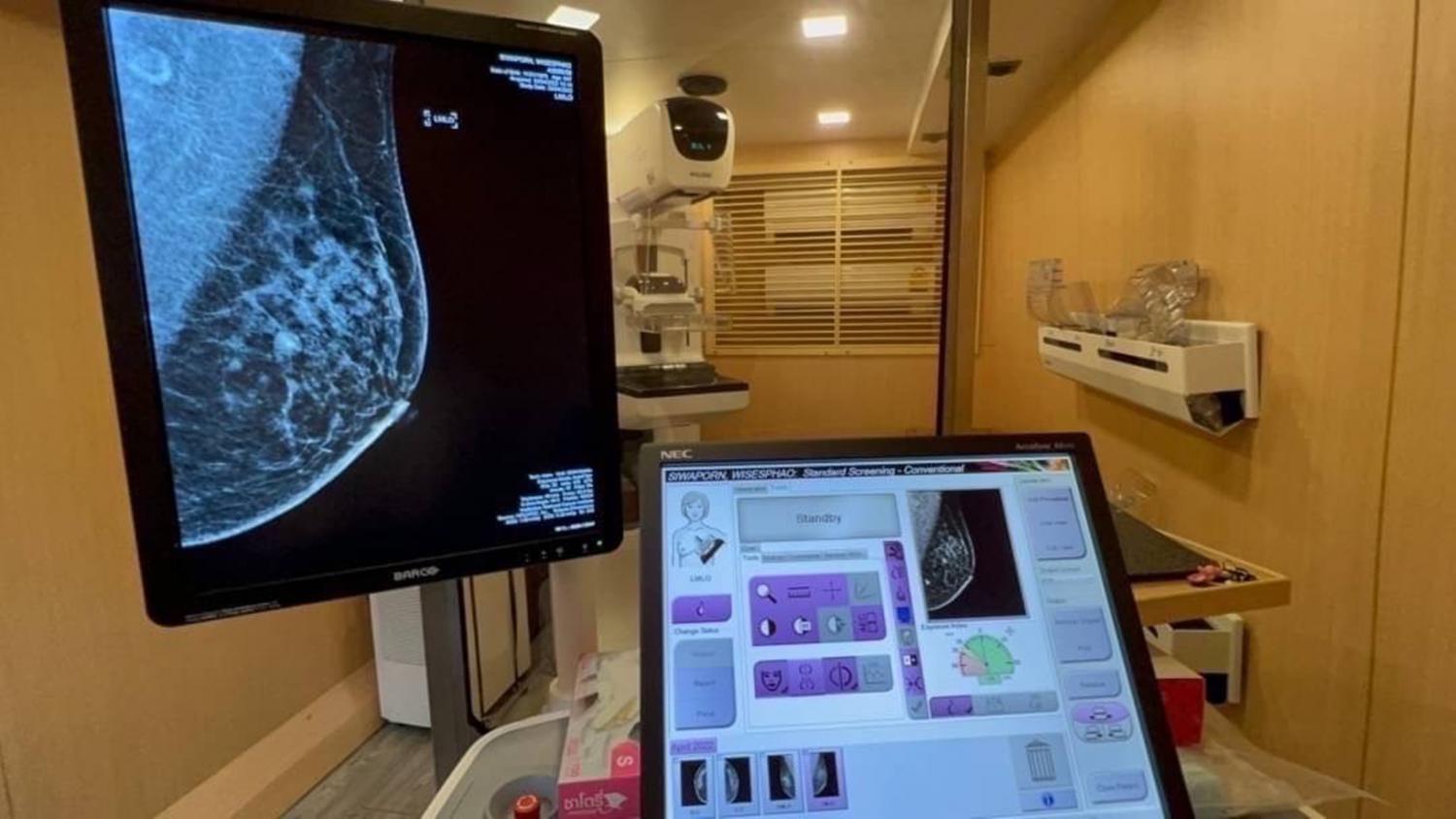 The mobile digital mammography for breast cancer screening is at Asiatique the Riverfront today and tomorrow.

"Breast cancer relates to every family, who can encourage female members to have the screening. Doing the self-check will help in early detection which can save lives," he said.

Latest research has also shown cases in men. A 2019 study by Vanderbilt University found that men with breast cancer were more likely to die than women at a rate of 19% because people thought it was a female-only disease. In addition, the diagnosis in men is not as advanced as in women.

Synonymous with the campaign in Thailand, the pink ribbon products support the mission to create a breast cancer-free world and raise funds for the NCI.

Customers can contribute to the campaign by posting content on social media when receiving gifts, products, samples or souvenirs from the Breast Cancer Campaign with #TimeToEndBreastCancer. 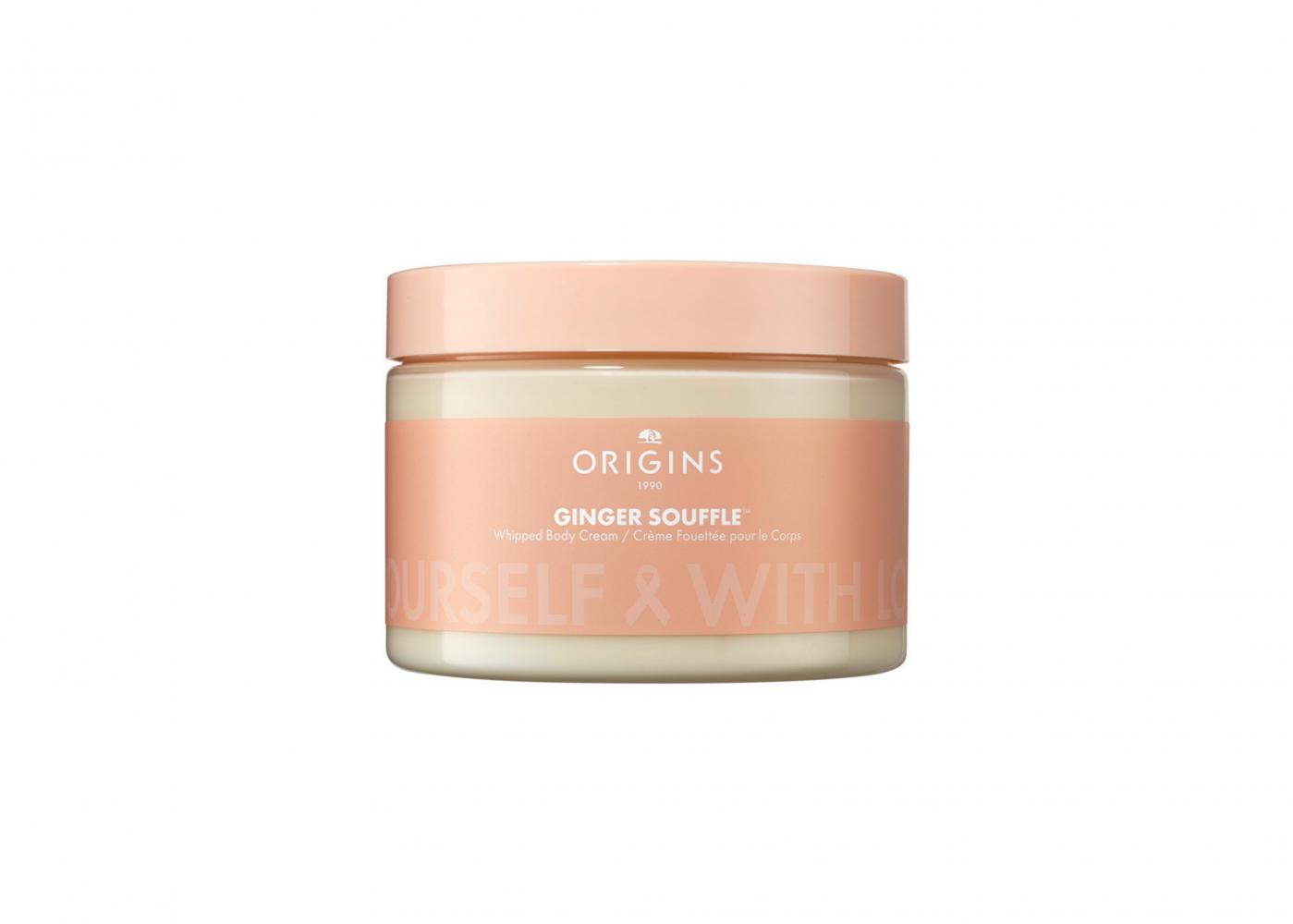 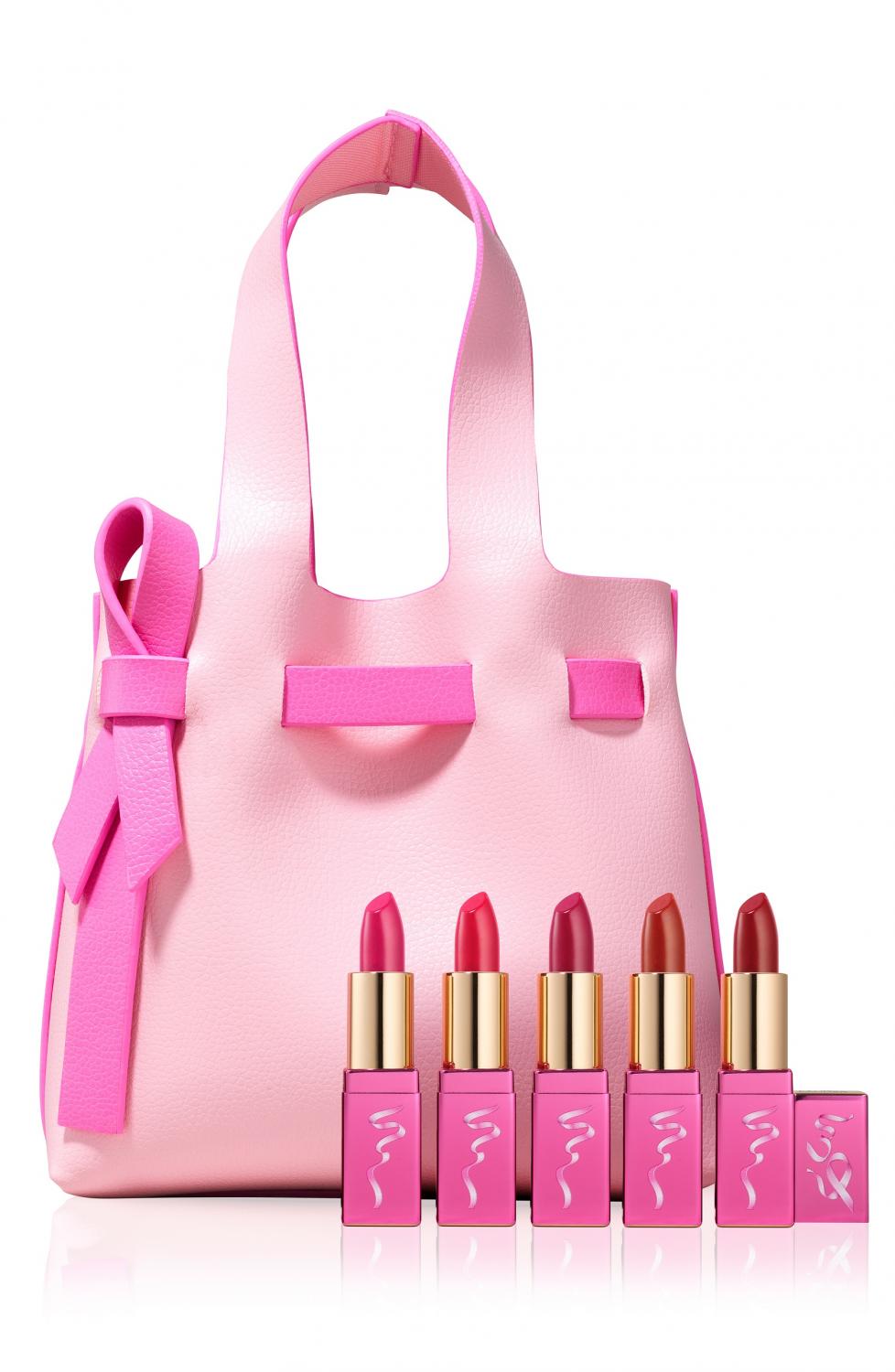 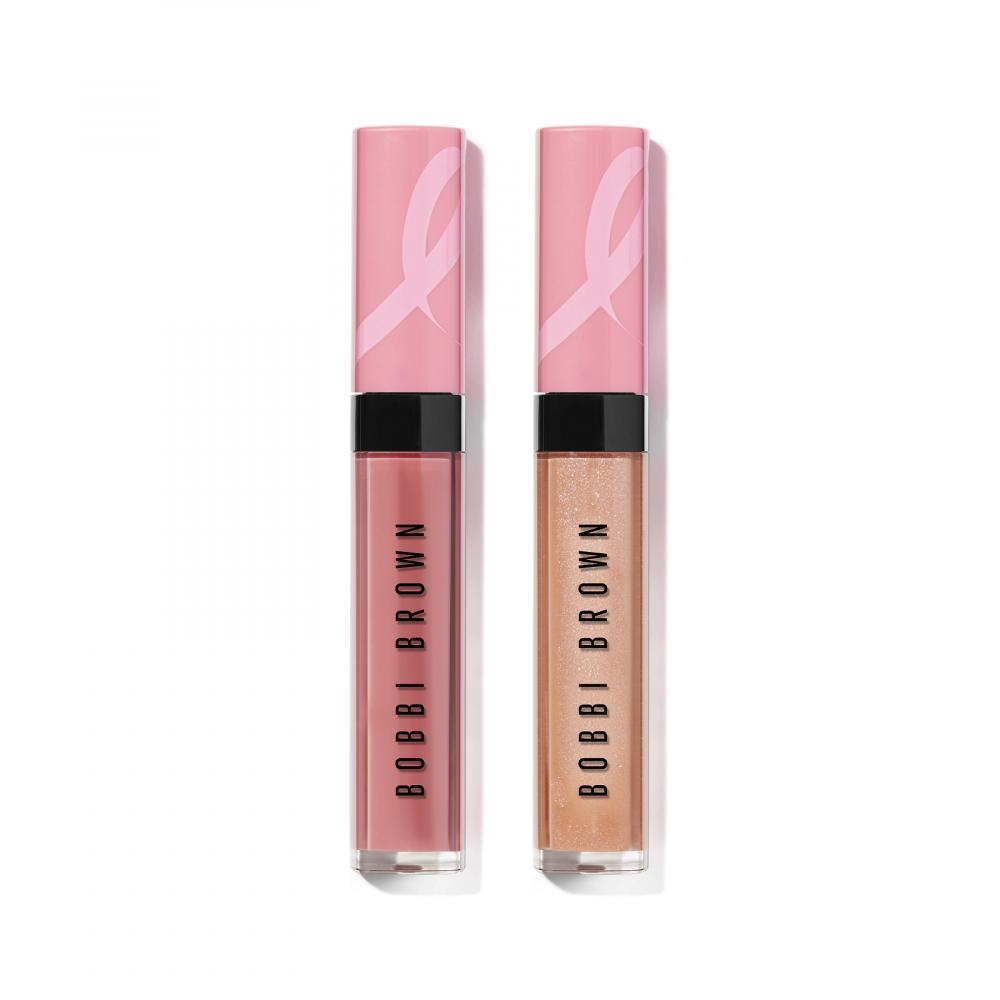 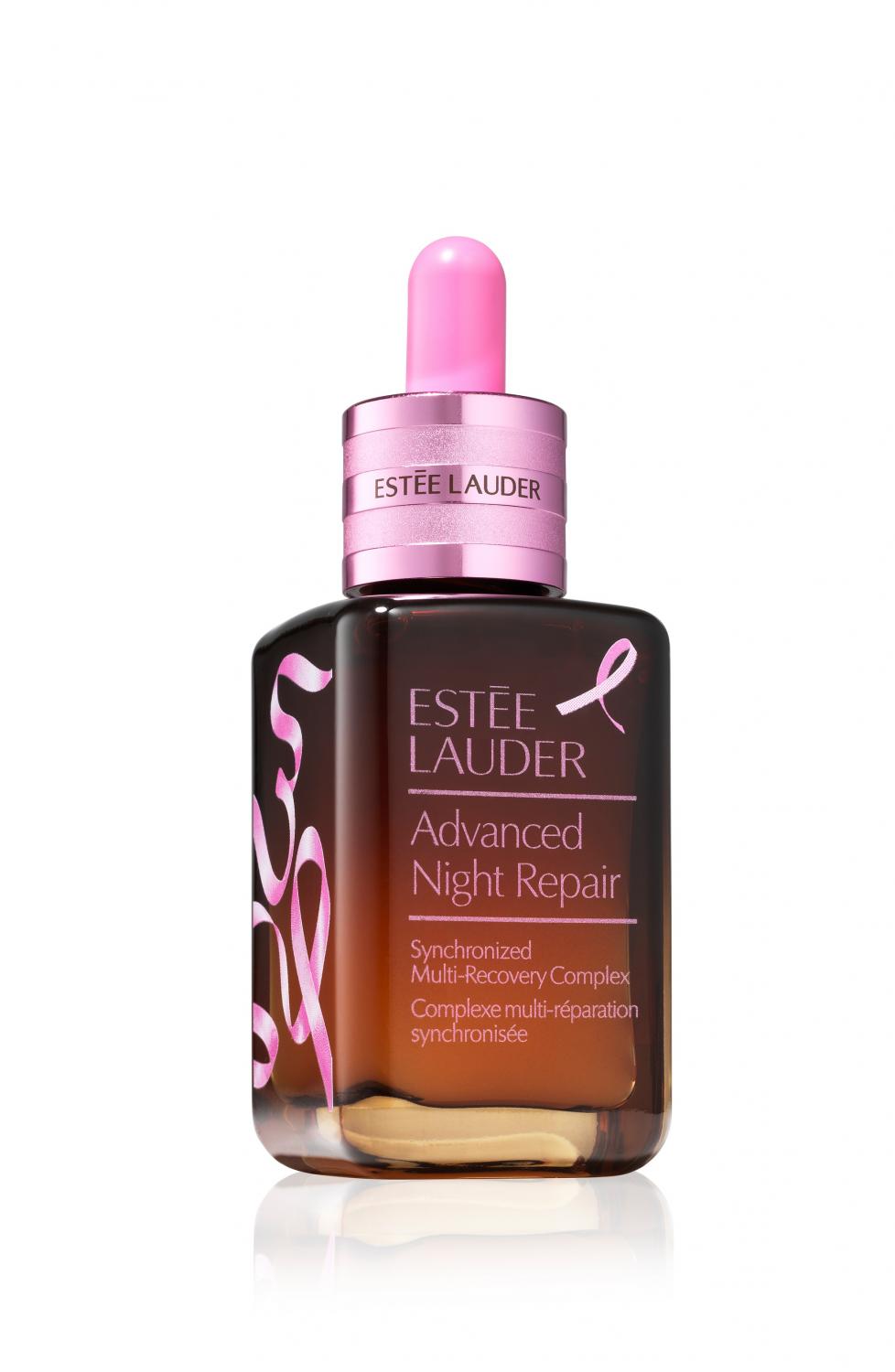 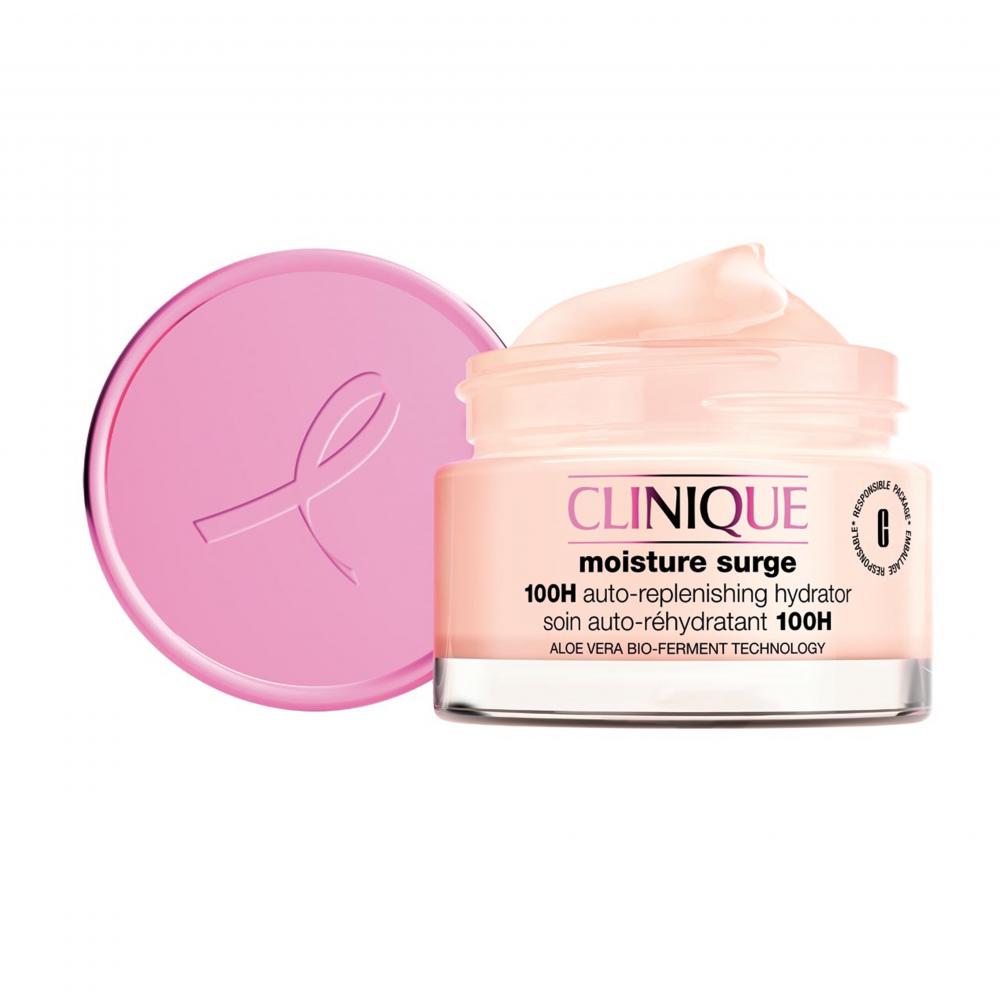 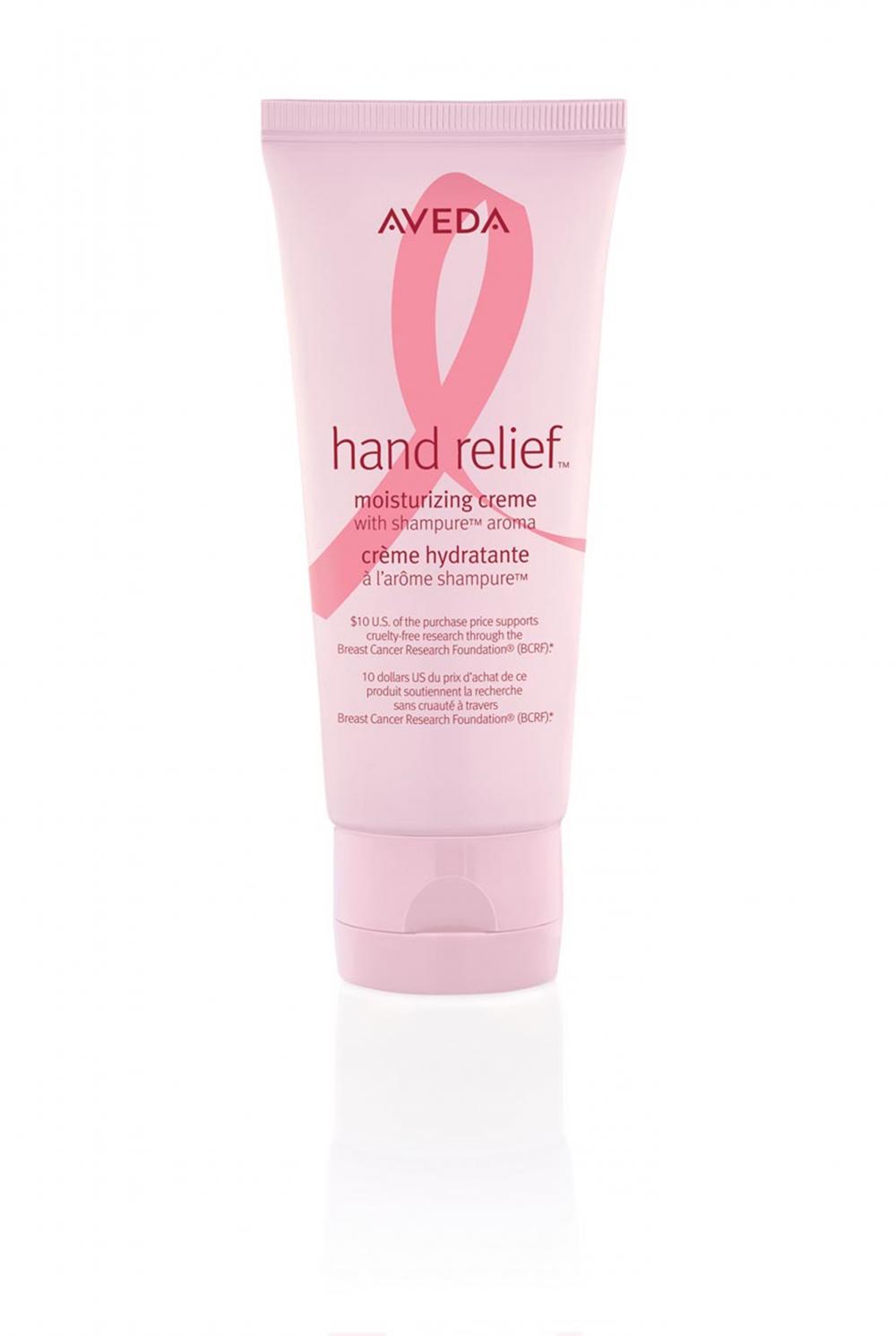