Conducting maestro Vanich Potavanich and the Royal Bangkok Symphony Orchestra demonstrated most emphatically just how to fill every single seat of the Thailand Cultural Centre earlier this month.

Dedicate the entire first half of a concert to the incredible orchestral scores by John Williams from the Harry Potter movies, and after the intermission bring onto the boards four of Thailand's most popular vocalists to perform a mouthwateringly long list of greatest hits from some half-a-dozen Disney animations and other favourite children's musicals. Well-known stage personalities Saovanit Navapan, Kittinant Chinsamran, Areeya Rotjanadit and Nootpravee Khongrod in turn took the hugely appreciative audience on a comprehensive, historical magical tour which ranged from 1939's The Wizard Of Oz to 2013's Frozen.

Titled "A Night Of Magic", this concert was eminently suitable for children of all ages of course, with such generous programming that entire families had clearly come out to make this a uniquely special evening in their calendar. Indeed, many patrons had made the effort to dress up in Harry Potter-themed outfits in particular. When the RBSO itself walked onto the stage those same patrons were delighted to observe that most of the orchestral musicians themselves had done the very same. Clearly, a lot of fancy-dress costume shops have been doing a lot of great business lately! 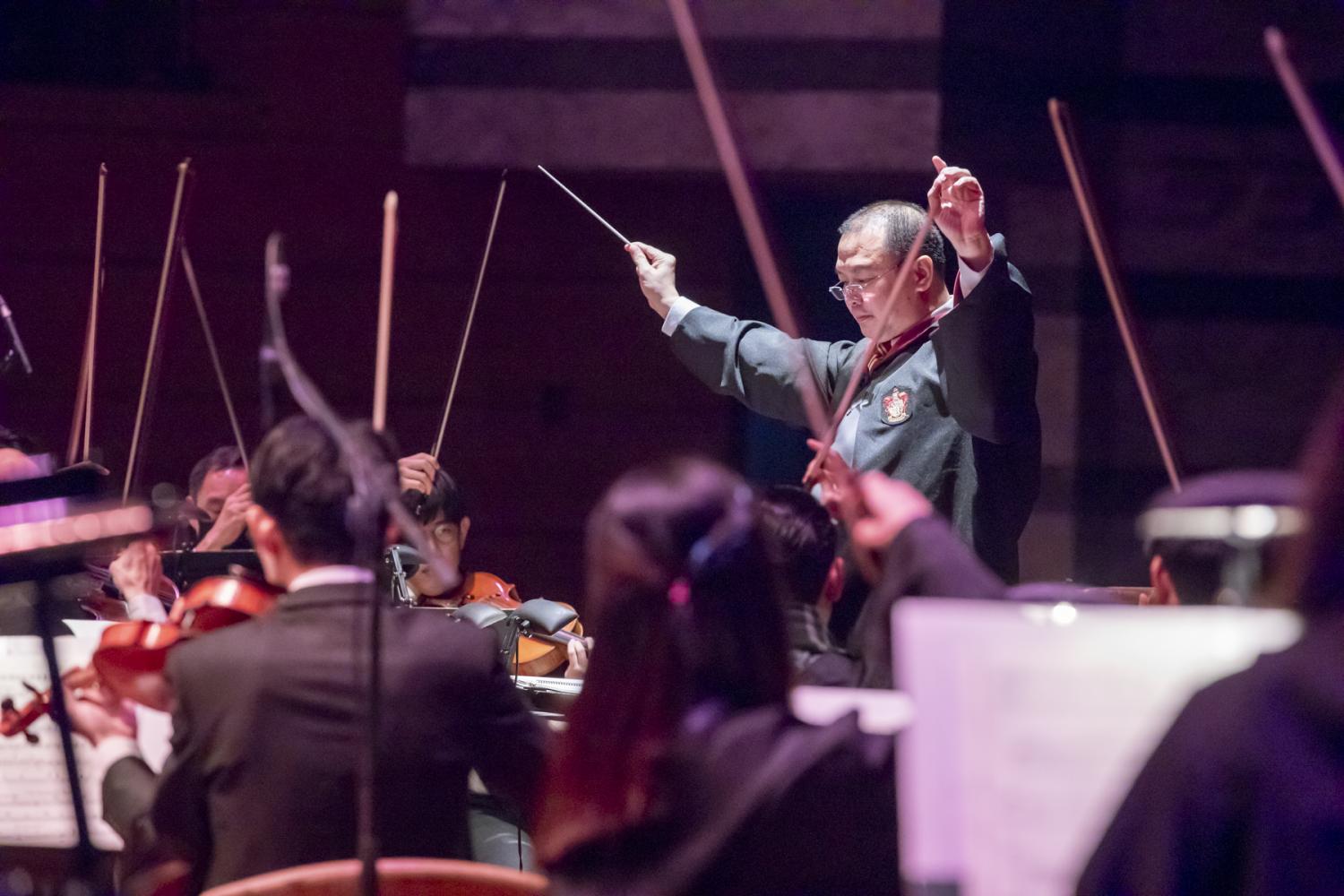 A fully elaborate lightshow also featured throughout the whole evening, with the orchestra using theatre-style music stands with dimmed lighting, and an impressively balanced microphone/sound amplification production brought out all details of the music with an extremely fine, crisp sounding fidelity.

And so, as the RBSO musicians sported a dazzling array of Hogwarts school scarves and ties, robes and wizard hats, proceedings began with the universally known and loved Hedwig's Theme. John Williams obviously had an immense amount of fun in challenging orchestral musicians with some fiendishly difficult writing for his Harry Potter project, and keyboardist Sasipa Rasmidatta immediately made a good impression as she got things under way with her clean solo celesta playing. The similarly intricate violin/viola effect music also came across well, immediately casting an atmosphere of enchantment in the darkened auditorium.

Of the eight Harry Potter movies, composer John Williams wrote the music for the first three, and they were all performed in sequence to create the effect almost of a complete, multi-movement symphony. Harry Potter And The Sorcerer's Stone is the debut film, and after Hedwig's Theme itself came some beautifully lush string playing in Harry's Wondrous World. The suite to Harry Potter And The Prisoner Of Azkaban was played next, although that is in fact the third film in the series. Witches, Wands And Wizards was a virtuosic tour-de-force for all sections, while Aunt Marge's Waltz reminded that Williams takes much inspiration from modern classical composers such as Prokofiev. A highlight of the evening then came in the gorgeous A Bridge To The Past, as principal flautist Teerat Ketmee delivered a spellbinding solo on recorder. Reverb was added at the sound-desk so as to fill every inch of the TCC with his simply stunning tone and breath control. 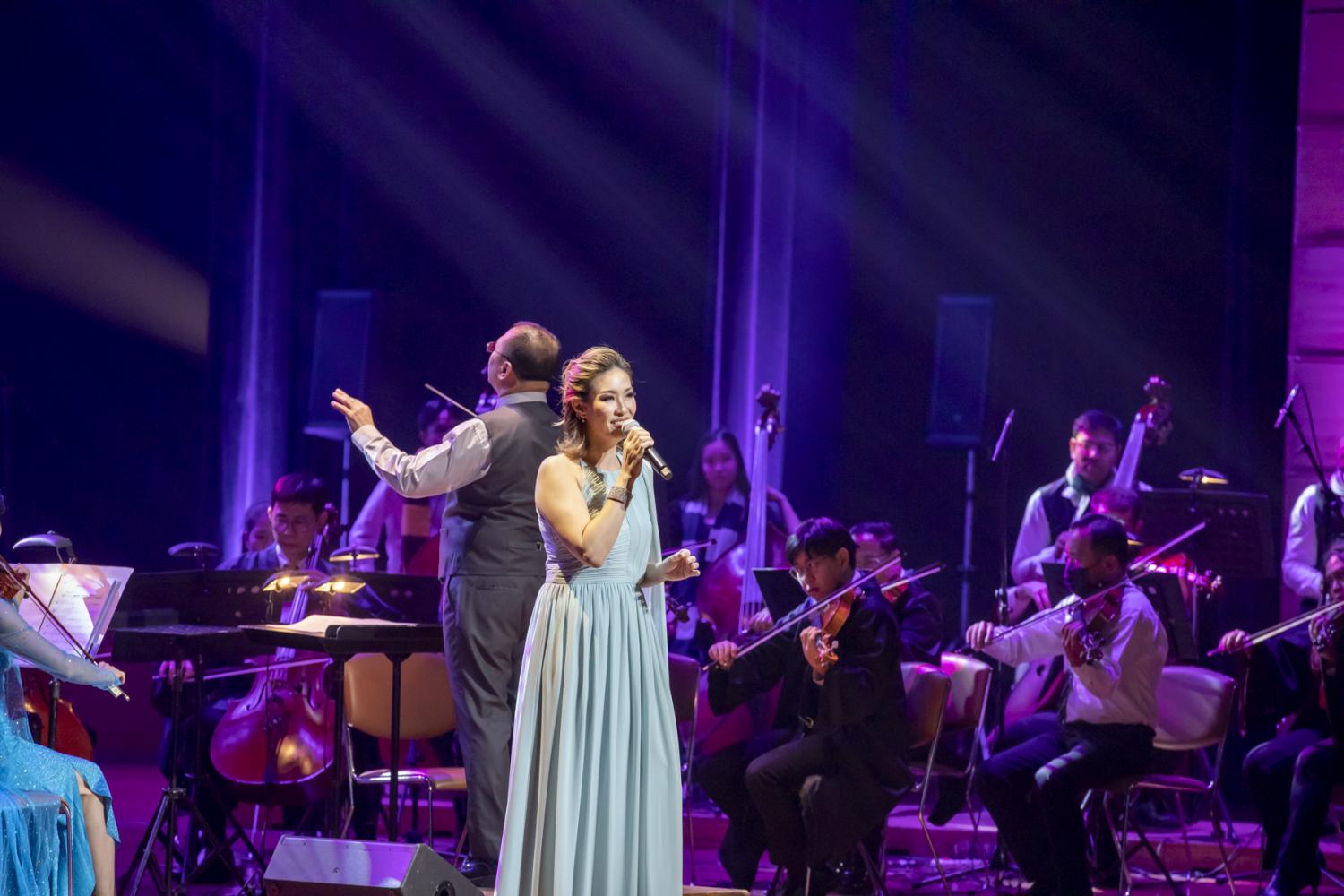 Harry Potter And The Chamber Of Secrets is the second film in the series, but was placed last here as the material achieves a stronger sense of completeness with Fawkes the Phoenix, Dobby the House Elf, the Chamber of Secrets and Gilderoy Lockhart. Overall it was an absolute treat to feast on the endless musical inventiveness of John Williams, and when Vanich Potavanich was handed a black wand during the applause, he duly used it as a "magic" baton to reward the audience with an encore of… yes, Hedwig's Theme!

Thai singing star Saovanit Navapan opened the second half with Somewhere Over The Rainbow, reappearing later for When You Wish Upon A Star from Pinocchio and How Does A Moment Last Forever from Beauty And The Beast. Nootpravee Khongrod then truly brought the house down with Defying Gravity from Wicked, continuing with another modern classic, Speechless from Aladdin. Vanich spiced up this Arabian theme in hilarious fashion by donning an Aladdin costume and face mask, also carrying a magic lamp on stage. Rising star Areeya Rotjanadit then joined the fun with A Whole New World. 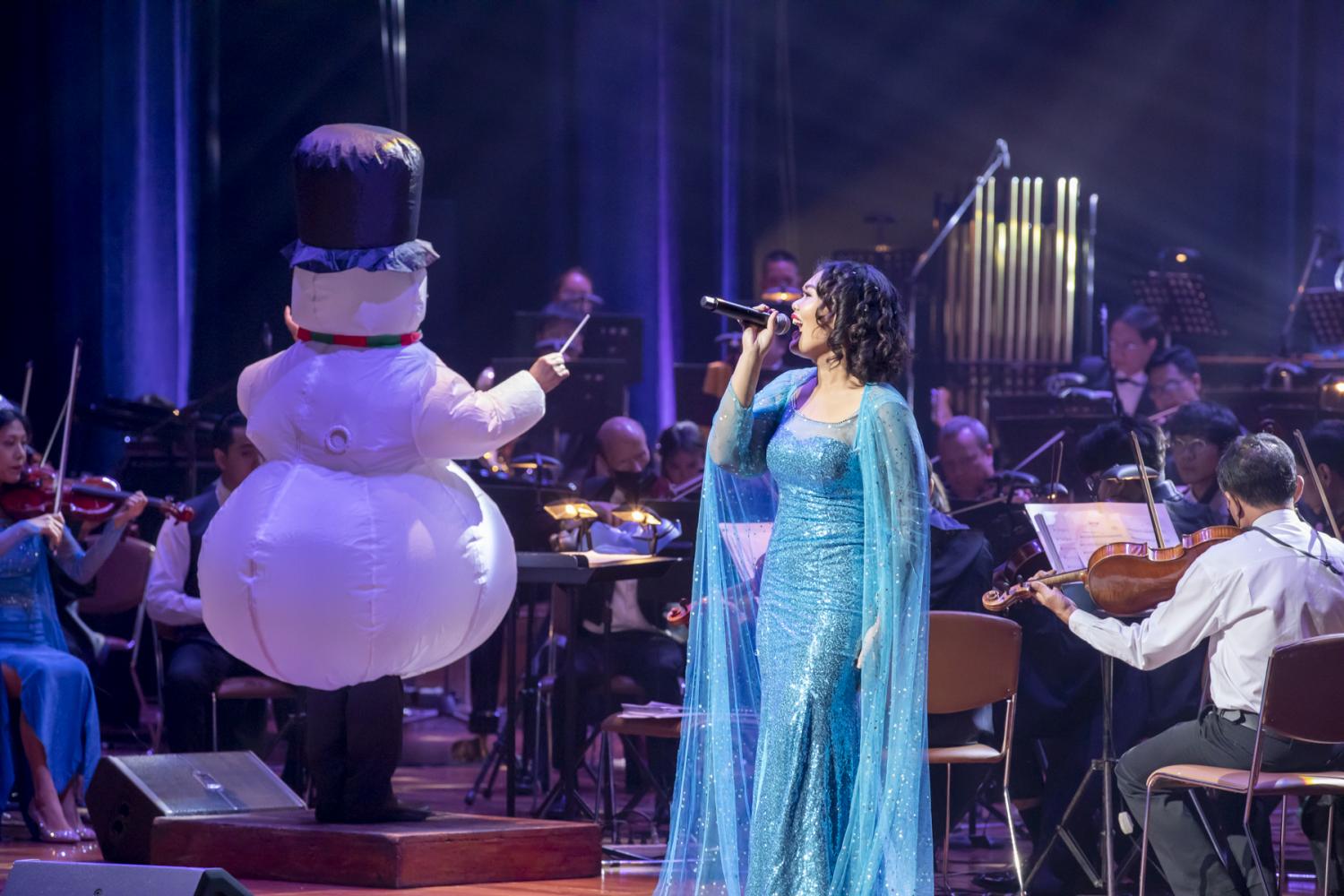 Legendary singer Kittinant Chinsamran himself found his customary fine and powerful voice for Evermore and If I Can't Love Her from Beauty And The Beast, leading to a thrilling (chilling, even!) conclusion to this marvellous show, in the form of Let It Go and Into The Unknown from the Frozen films -- the role of Elsa sung brilliantly here by Areeya Rotjanadit. Concertmaster Bing Han and Areeya both wore light-blue "snow-queen" Elsa dresses especially for this, only to be outdone by Vanich Potavanich himself as he appeared for one final incarnation, this time dressed as a gargantuan, somewhat rotund snowman. 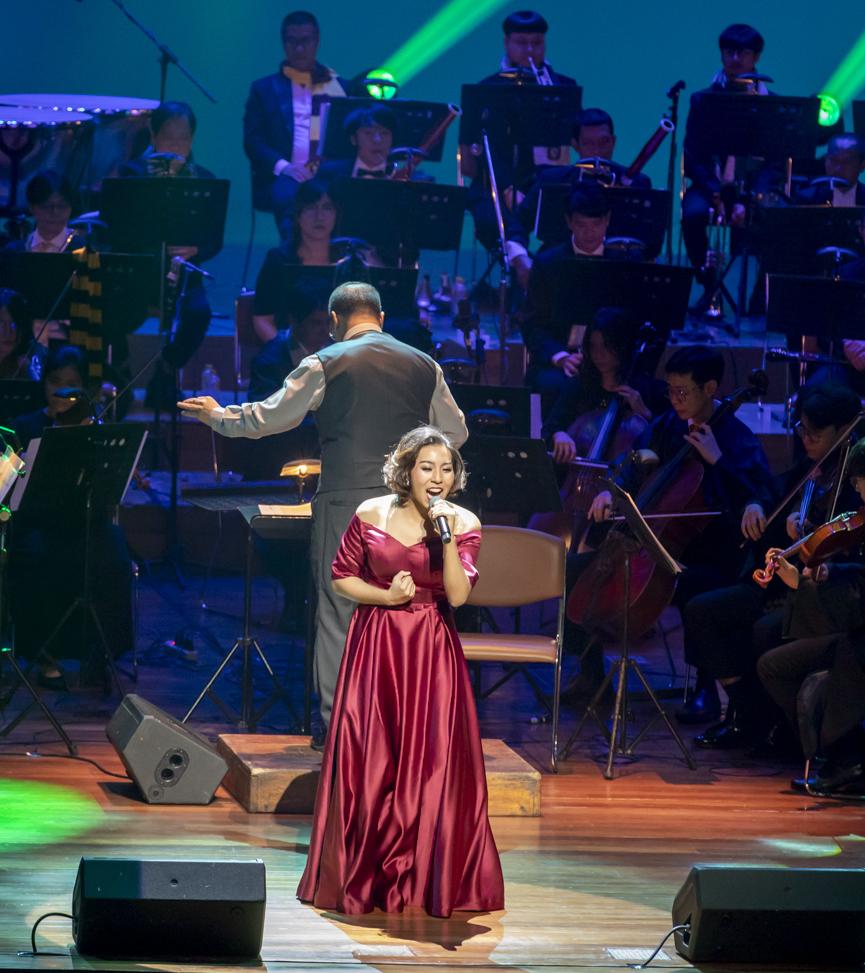