Despite its name meaning small, petit h is on a big mission.

In 2010, Hermès established the petit h workshop to initiate a playful dialogue around sustainability and reinvention, object creation and the reuse of materials.

From its point of anchor at the Hermès store on rue de Sèvres in Paris, the nomadic petit h travels to other locations around the world.

The Hermès store at Iconsiam has been transformed into a lively temple fair to showcase the petit h creations from Nov 18 until Dec 11.

Thai artist Suntur reinterprets the traditional Thai festival with his minimalist style, resulting in an immersive scenography that makes it more fun to explore the duplex store and the delightful objects. 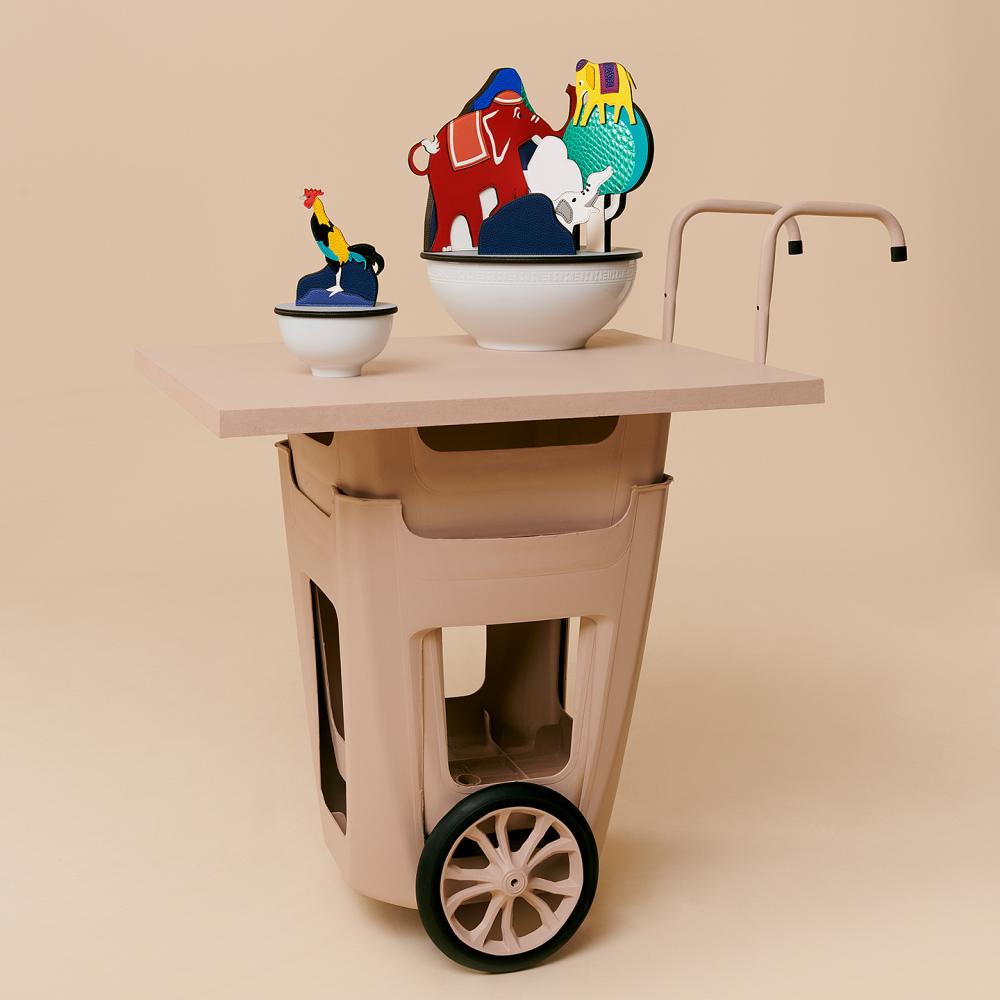 On a floor of white sand, he stages stalls on wheels and carts on coloured bricks made from recycled materials and topped with silk scarf parasols, as a joyful display with a nomadic theme. Cheerful fairy lights and bunting connect the spaces of this display that echoes the very essence of petit h.

Since 1837, Hermès has remained faithful to its artisan model and humanist values. Today the independent, family owned company encompasses 16 métiers, and petit h differs from the others with its "A Creation In Reverse'' concept.

The petit h is a promise of free and playful creations that embody Hermès spirit of ingenuity. Now under the creative direction of Godefroy de Virieu, it works unconventionally and does not begin with a preconceived idea or grand design.

The starting point is based on materials, such as leather, silk, crystal and porcelain, handed down by the other métiers, which have no further use of them.

Its designers, artists and artisans improvise by combining, assembling and altering the materials in creating the hybrid objects, without compromising on aesthetics and function. 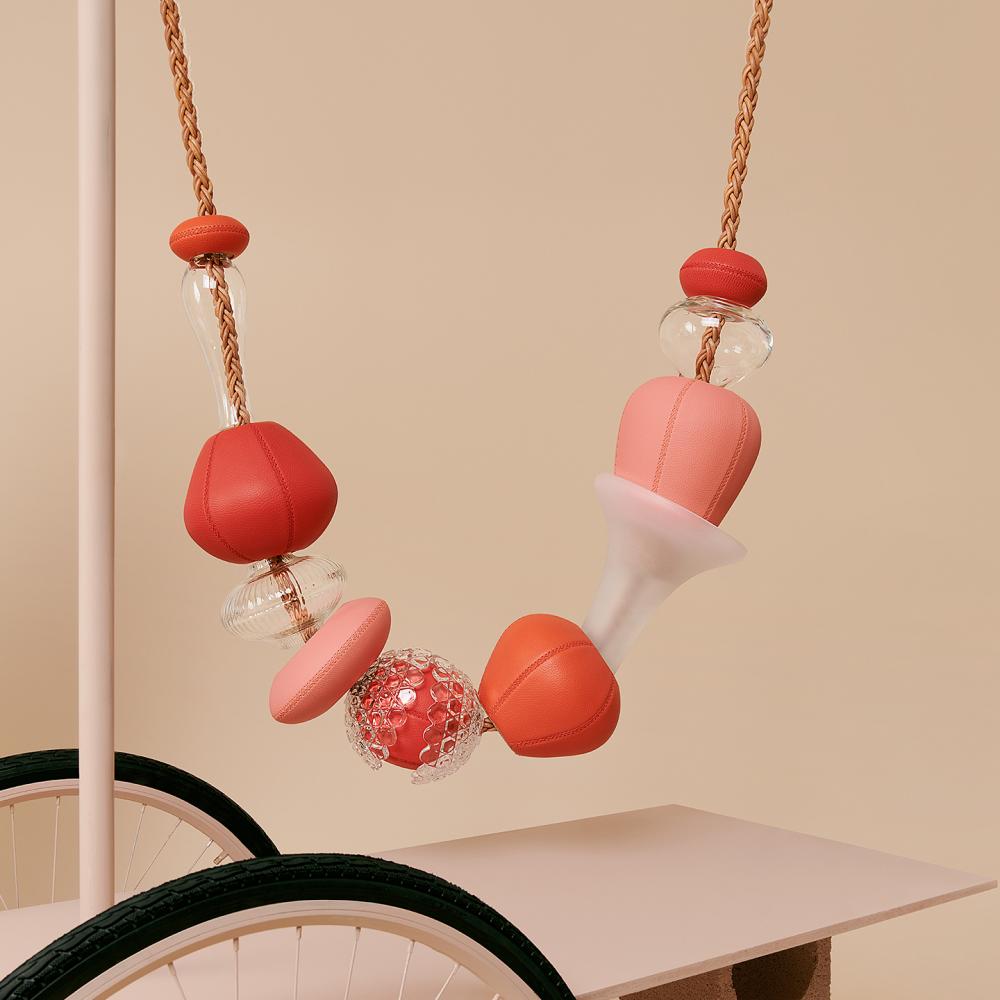 This reverse approach makes use of the know-how of Hermès craftsmen, who work with the diverse materials, in often unusual combinations, and incorporate shapes, textures and colours that normally don't go together for surprising objects, made in small quantities or unique pieces.

Exceptional pieces for Bangkok include the Elephant Bookcase designed by Julien Safirstein. The structure is entirely sheathed in multi-coloured leather, and a special technique was developed by the craftsman to hide the junctions. Six skins of white leather are used to case the outside, and the leathers were split and edges folded underneath to give fine lines to the pachyderm.

Scarves have been transformed into a colourful hammock designed by Stefania Di Petrillo. All together, 292m of silk were needed and every knot has been handmade by the workshop's seamstress.

Marion Vidal reinterpreted crystal pieces from Saint-Louis chandelier into pearls on a decorative suspension or wall necklace, with cork preventing shocks between the crystal elements.

When hearing about the petit h coming to Thailand, Shinsuke Kawahara was immediately inspired by the emblematic elephant and the rooster, which grace his designs of the porcelain and leather landscape boxes. 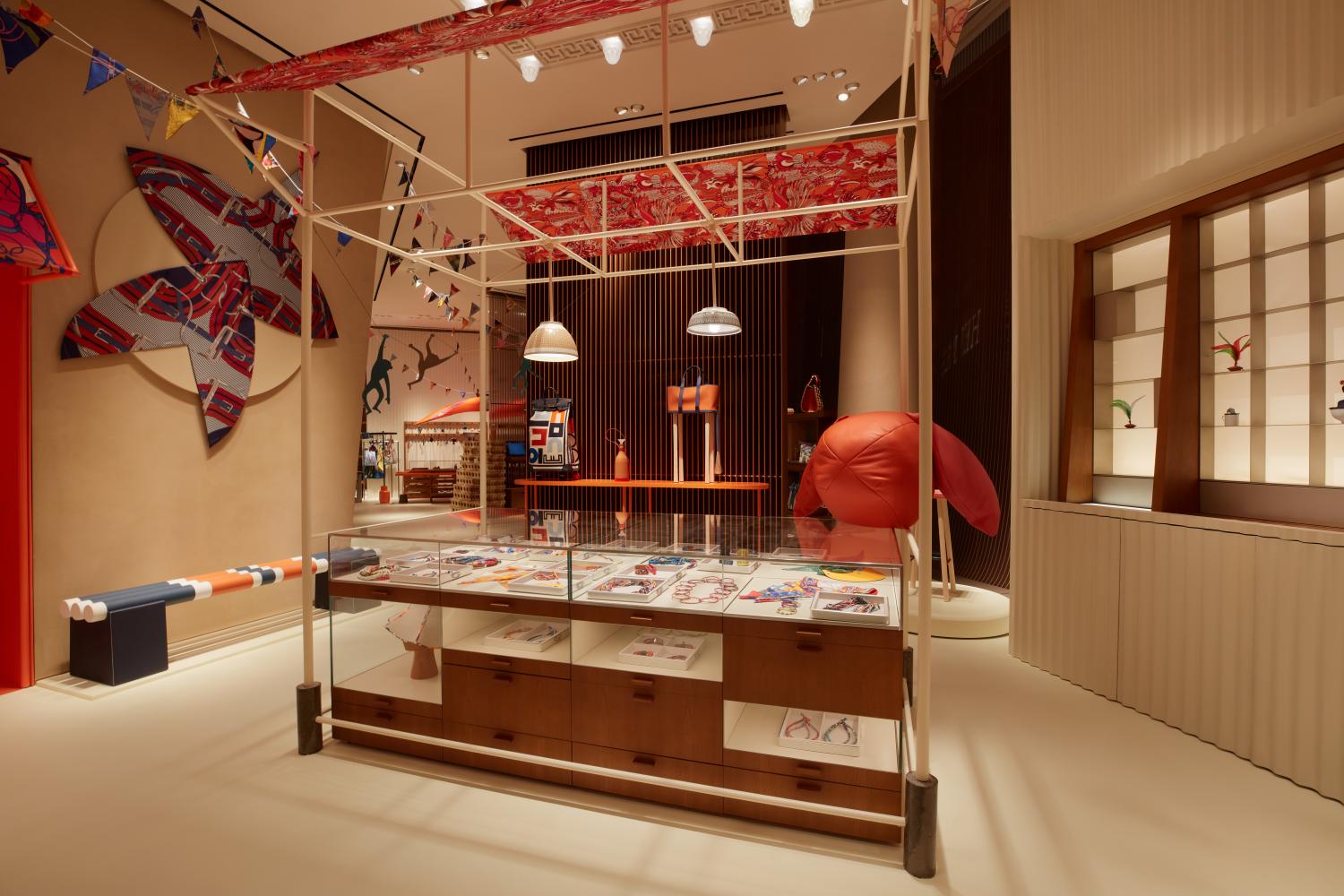 Suntur's reinterpretation of a temple fair at the duplex Hermès store in Iconsiam. 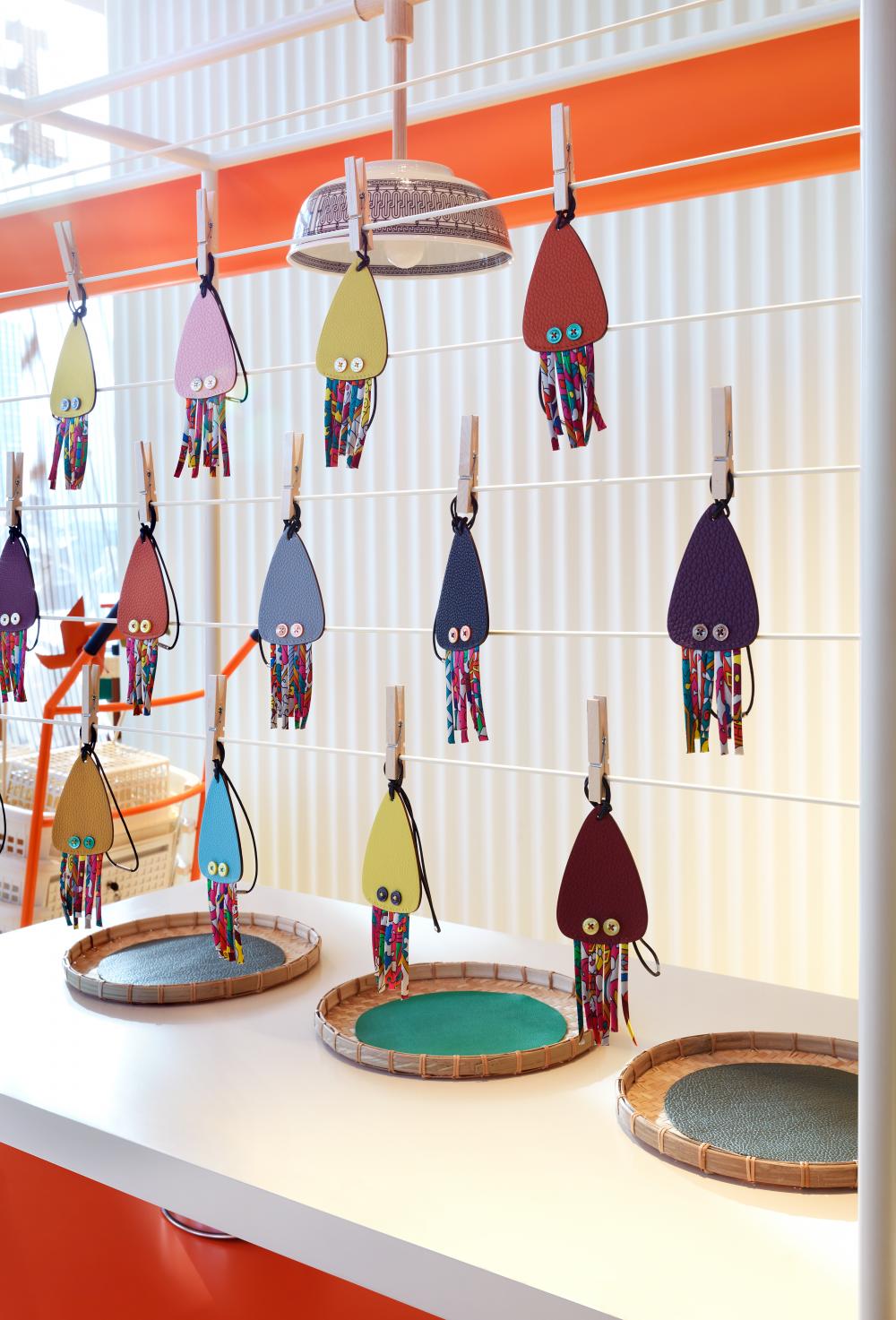 The squid cart inspired by street food in Bangkok. 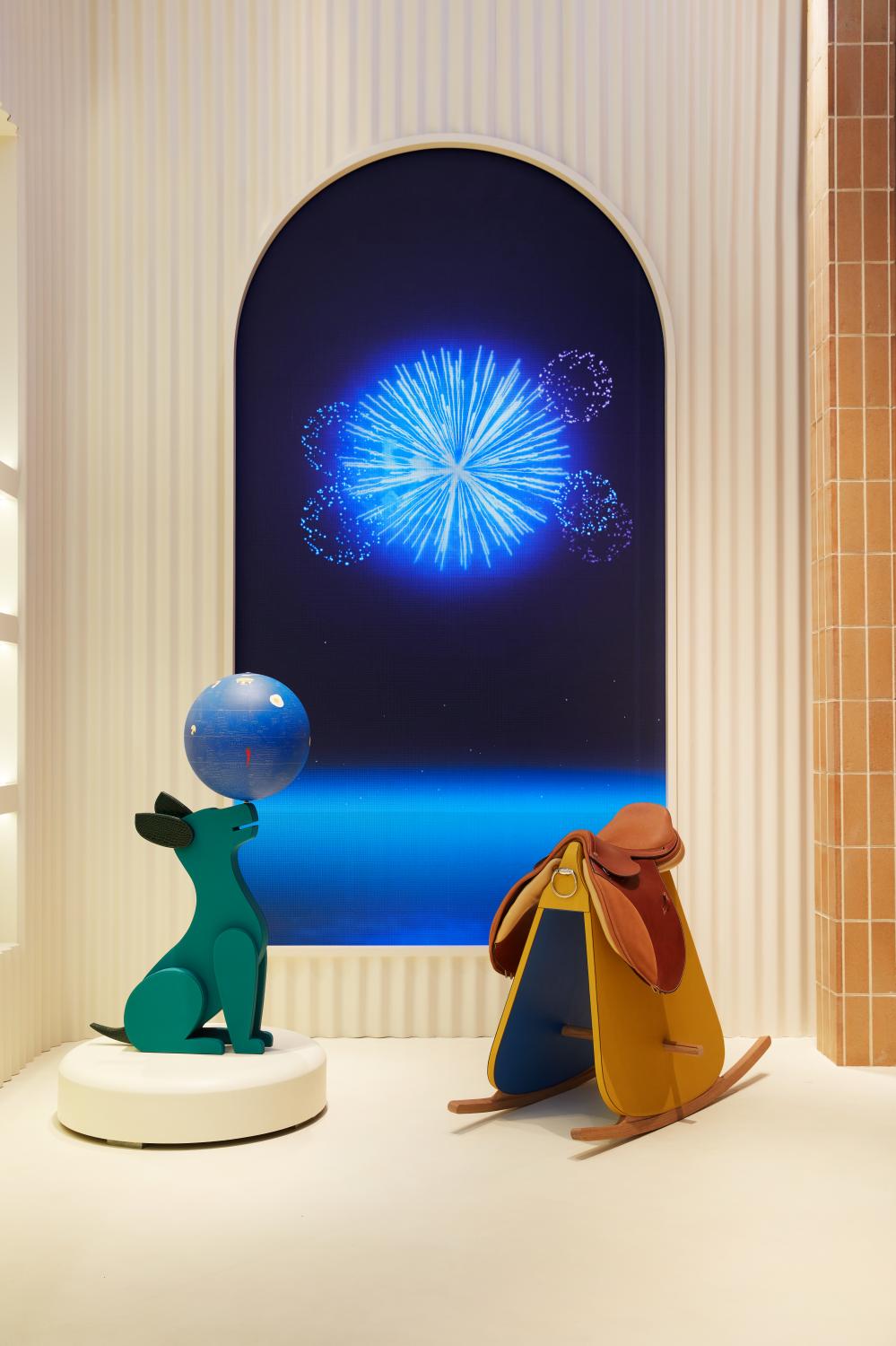 Firework animation by Suntur to celebrate the temple fair. 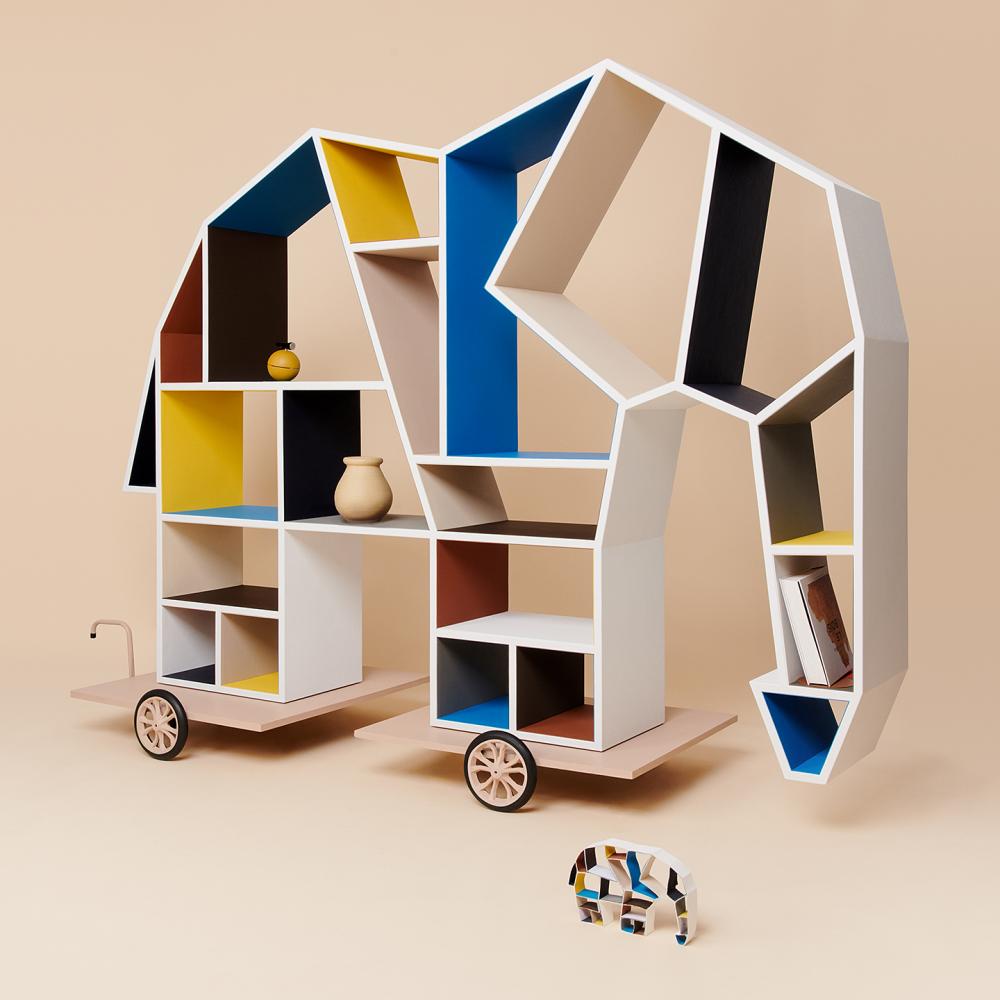