Touting itself as "the best festival destination of all time", Central Retail launched its CNY extravaganza on Jan 11 with "Central: The Great Chinese New Year 2023" campaign.

Under the campaign, a series of art installations are on display at all Central department stores in Bangkok. The pop-up installations have been created in partnership with Jidapa "Nan" Chansirisarthaporn, popularly known as "JCCHR”, who debuts hand drawings and digital illustrations under the theme of "Eight Auspicious Rabbits". "The main concept of the design comes from a folktale about a rabbit, who sacrificed himself as a gift to the gods. With that courage, the rabbit was blessed and moved to live on the moon,” she explains. 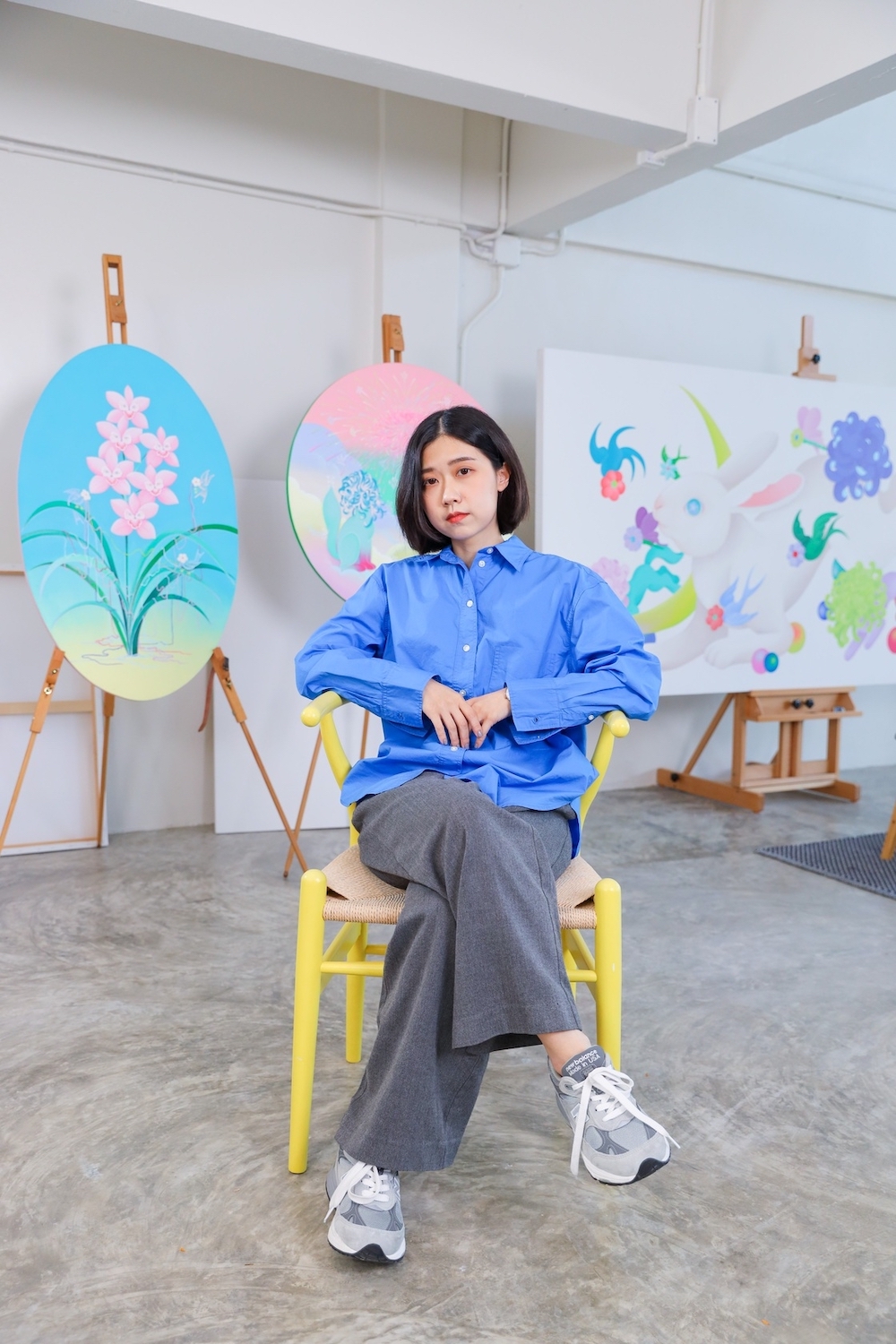 Based on this idea, JCCHR wants this year to be the year when the rabbit returns to Earth to pass on auspicious blessings to everyone. Designed as a parade of eight rabbits, each with a different character, colour and personal auspicious item. All rabbits are designed with eight numbers because eight is a lucky number. They also include homophones with positive meanings to convey prosperity and endless happiness. A lucky peach, a Chinese fan, gold, an orange and a peony blossom are some of the items the rabbits hold. 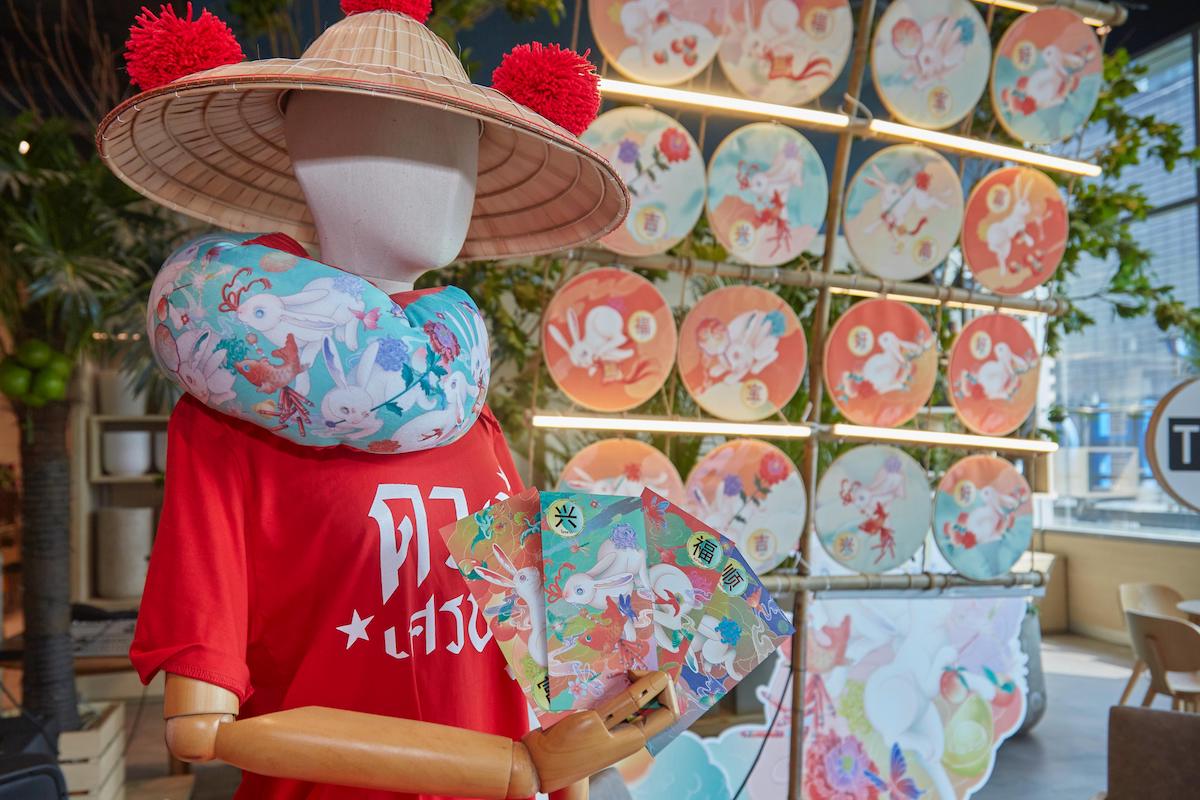 Until Feb 19, catch the Lunar New Year buzz with your eyes and cameras at different locations in Bangkok. An array of handmade giant Chinese lanterns crafted by Nakhon Pathom Community Enterprise is displayed in the main hall of Central Chidlom. An impressive replica of a nine-storey Chinese pavilion hangs from the ceiling in the Central Court of Centralworld. Central Ladprao takes you back in time with a parade of Chinese vintage bicycles that have been prettied up, while auspicious bunnies take over an embroidery hoop wall at Central Bangna. 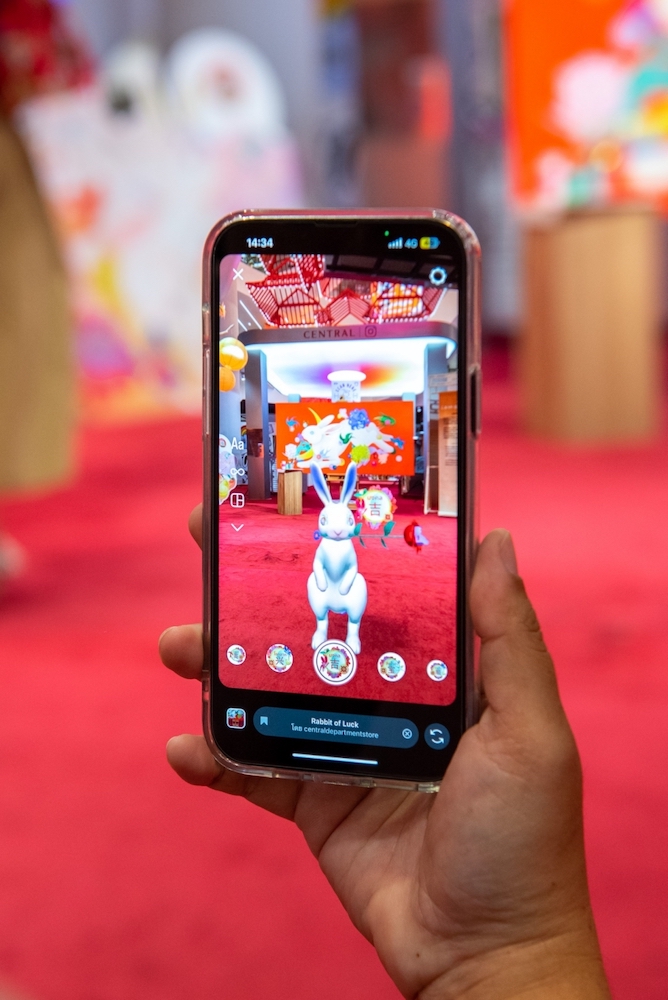 During the celebrations on Jan 21-22, visitors can create their own bespoke version of the rabbit using augmented reality, allowing them to paint the bunny and let it run free in a digital realm. Central The1 Credit Card holders can redeem an exclusively designed calendar at every Central shopping outlet until Dec 22. Visit fb.com/CentralDepartmentStore.