With natural coral reefs under threat, artificially-made 'innovareefs' are helping save marine habitat

Coral reefs provide a habitat for marine life. Unfortunately, they are being damaged by climate change and pollution, and their numbers are declining. Many organisations attempt to restore corals by using artificial reefs such as used car tyres, PVC pipes and cement blocks. However, the appearance of these artificial reefs does not blend with the marine environment and causes visual pollution.

To make artificial reefs that resemble and function like natural corals, Prof Nantarika Chansue, senior adviser and adjunct professor of the Veterinary Medical Aquatic Animal Research Center of Excellence (VMARCE), Chulalongkorn University, came up with the idea of "innovareefs".

Varuth Srisuwan, who earned his PhD in technopreneurship and innovation management from Chulalongkorn, presented Prof Nantarika's design of the innovareef to Siam Cement Group to help them create a cement prototype.

"I understand that in the past people did not realise that artificial reefs would increase underwater pollution. Car tyres spread toxic chemicals when they degrade. When PVC pipes break, they become microplastics underwater. Cement blocks on sand can obstruct the pathway of aquatic life living on the ocean floor. Some artificial reefs cannot withstand strong waves or currents and may drift out of their original location to inappropriate areas. Instead of preserving marine life, these artificial reefs can cause negative effects," Prof Nantarika, who is also the president of Earth Agenda Foundation, explained.

Innovareef was created based on the study of natural corals. Compared to other artificial reefs, innovareef looks beautiful with graceful branches. Its main material is cement because it is made of natural materials such as limestone, clay and sand. 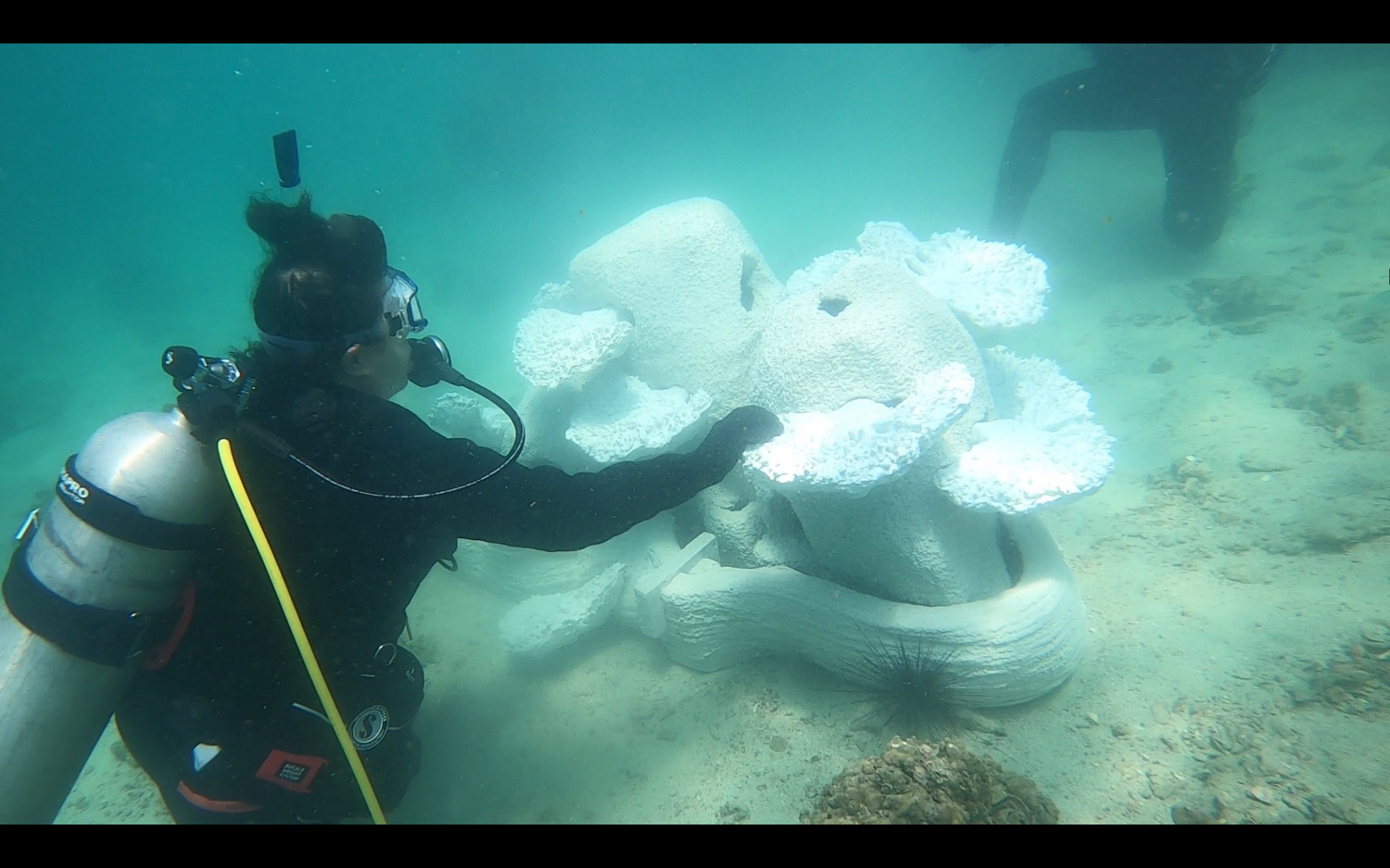 With the Lego design concept, each part of innovareef can be separated and easily transported to the sea. Photo courtesy of Veterinary Medical Aquatic Animal Research Center of Excellence

"Natural reef structures promote settlement of planula, or coral larva, so innovareef was designed to have many layers as well as allow microcurrents to go through it. The microcurrents help planula attach to innovareef, which is designed with holes and cavities to provide habitat to aquatic life," said Prof Nantarika.

Innovareef is a collaboration between Chulalongkorn University, Siam Cement Group and the Department of Marine and Coastal Resources. It has many functions that other artificial reefs do not. Innovareef is coated with calcium and phosphate nutrients which help corals grow. Prof Nantarika said that with these nutrients, corals on innovareef grow faster than corals on natural reefs. Innovareef also includes hydrodynamics technology designed to resist tidal forces. The technology can prevent innovareef from flowing away or being buried underneath the sand due to the strong current.

Another positive side of innovareef is its 3D cement printing with the Lego design concept enabling each part to be separated and easily transported.

"Since many artificial reefs are large and heavy, they require cranes for transportation which is costly. We designed each component of innovareef to be easily created and constructed. Each piece can be transported separately and connected underwater. Innovareef is made of thick cement, but since it is hollow, it is not heavy. It does not sink into the sand and aquatic animals living under the sand can go through the innovareef," she said. 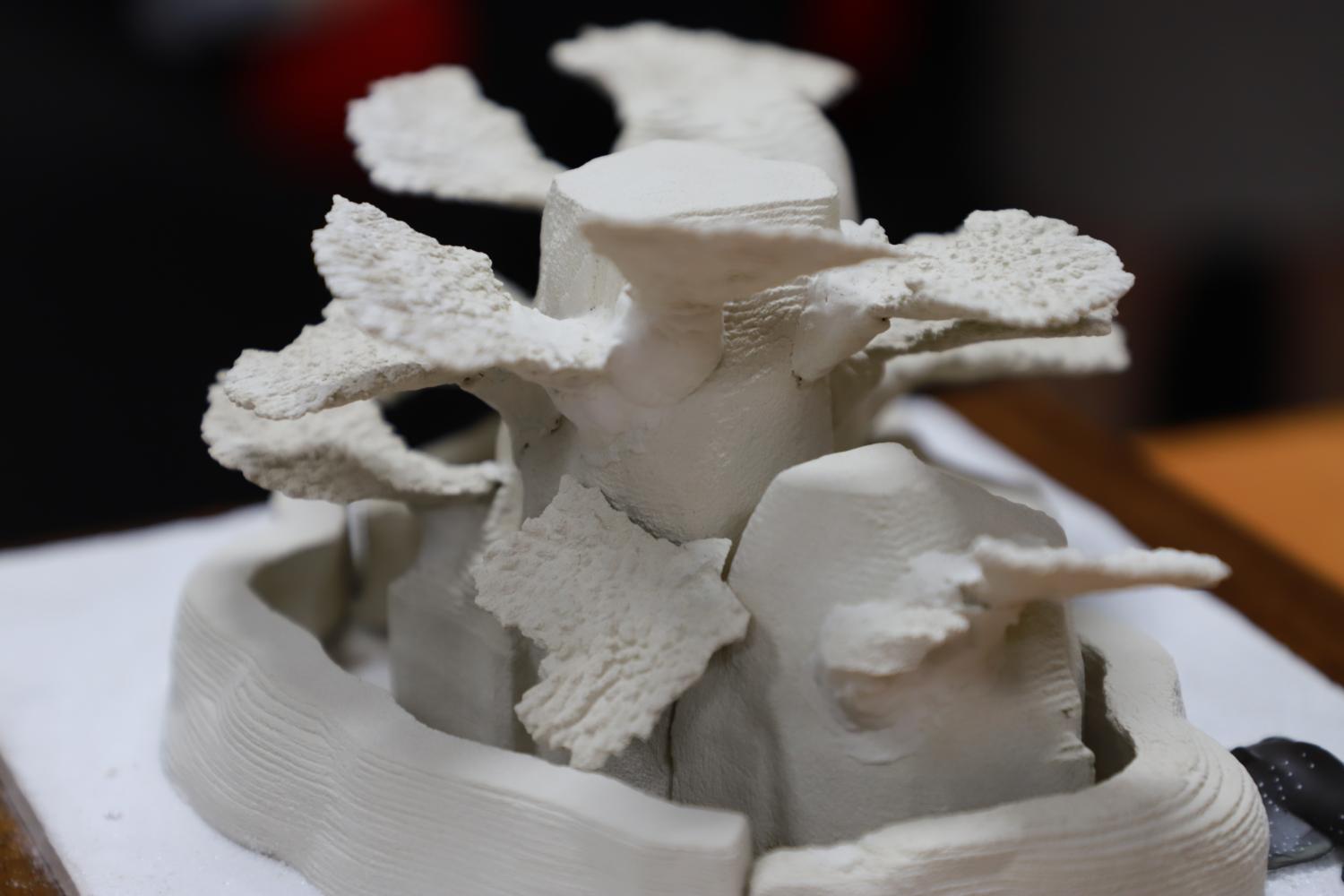 "I was thrilled and surprised. It was unexpected. We began the project because we did not want to see artificial reefs that cause visual pollution in the oceans. We did not have much expectation. When we won awards, it dawned on us that there are more people concerned about the environment than we had thought. These people are willing to support us and any projects that can improve the environment," said Prof Nantarika.

Since 2021, innovareefs have been installed in many locations in Chon Buri such as Koh Sichang, Koh Larn and Koh Samae San.

"The Department of Marine and Coastal Resources is in charge of those areas. The areas are not far from Bangkok. Coral reefs in Koh Sichang and Koh Larn are severely damaged because they are close to factories which release water pollution. After the installation was complete, fish immediately showed interest in innovareef," said Prof Nantarika.

After installing innovareefs underwater, the team installed a smart station which features equipment to monitor the environment, including water temperature and ocean current force.

"At first, we returned to the location to monitor the innovareefs every month, but after seeing the quick growth of the corals, we reduced the monitoring to every three months. Information and data from the smart station helps us know the environmental situation around innovareefs. Attaching equipment on natural reefs can cause damage because natural reefs are not strong like cement reefs, so attaching equipment to the innovareef is a better option," said Prof Nantarika.

In the future, the research team intends to develop a substance to protect corals from coral bleaching.

"We plan to team up with a university in Germany and we are currently in the process of requesting research funding. We will develop a substance to coat innovareefs which can protect corals when there is coral bleaching. If the project succeeds and corals on innovareefs survive, we can restore the reefs even if bleaching occurs," said Prof Nantarika.

"Organisations in Sri Lanka and Cambodia contacted us because they are interested in innovareefs. We are also collaborating with SCG to establish the website lovethesea.net which allows people to purchase innovareefs or make a donation so that we can install more innovareefs in the ocean." 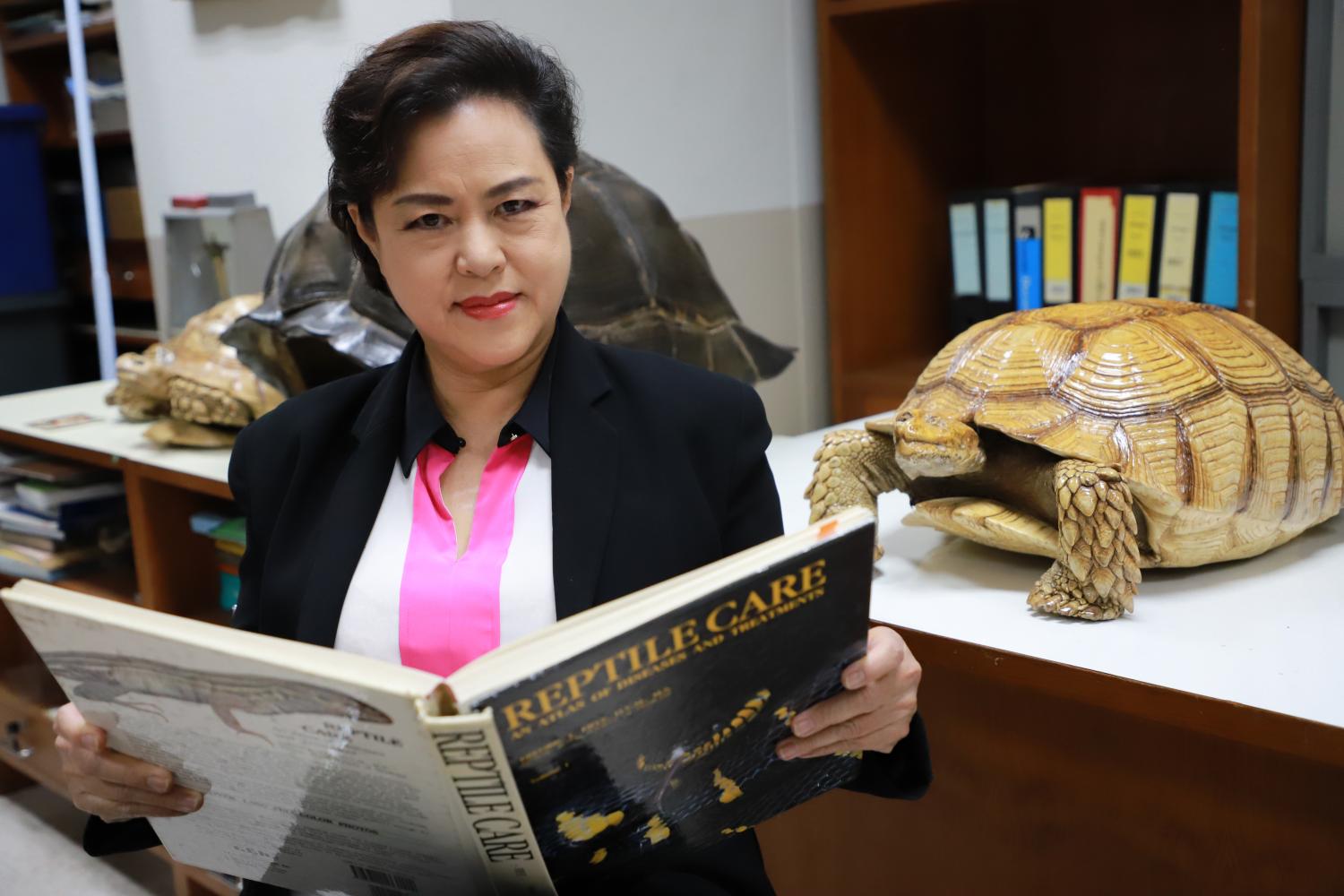 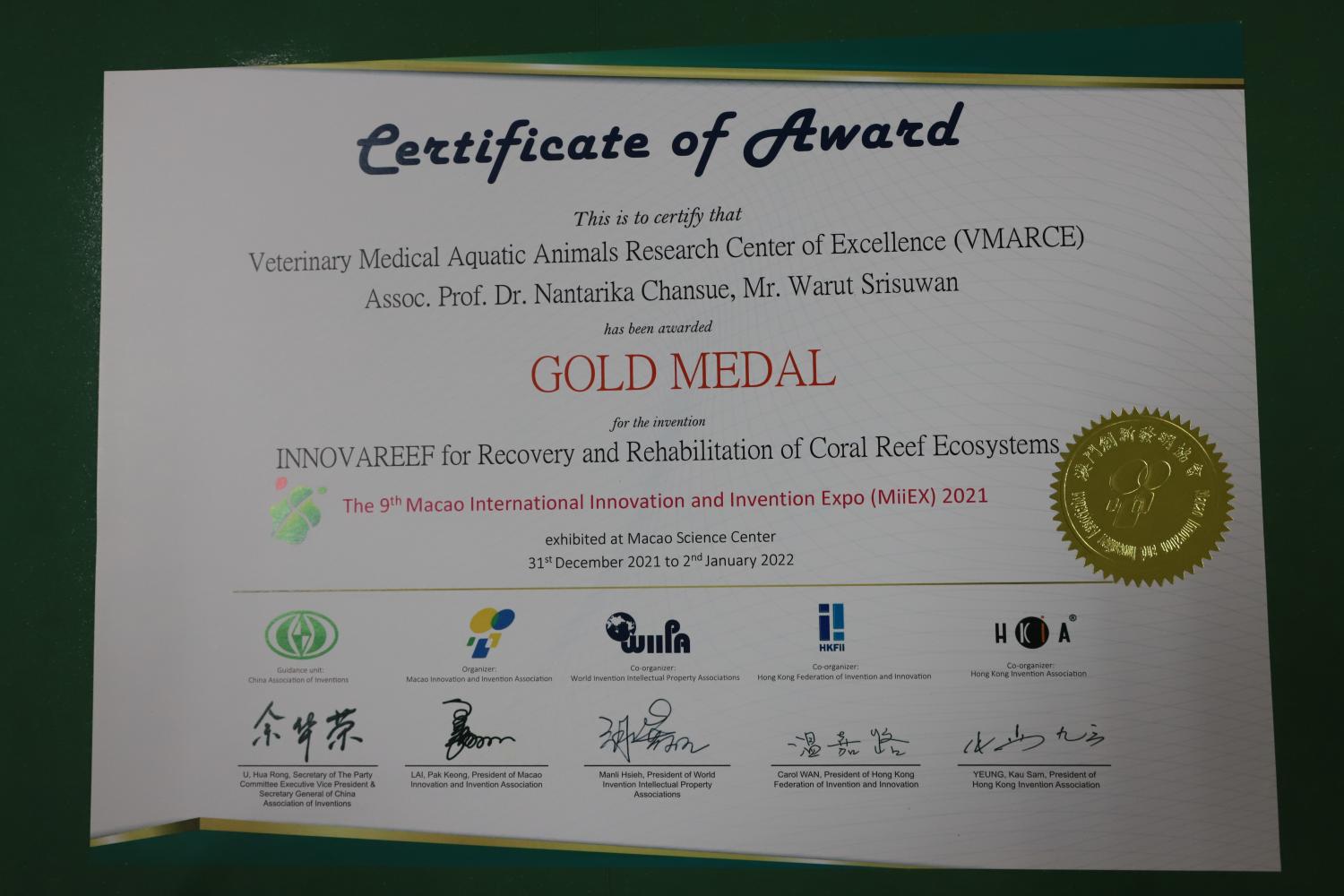