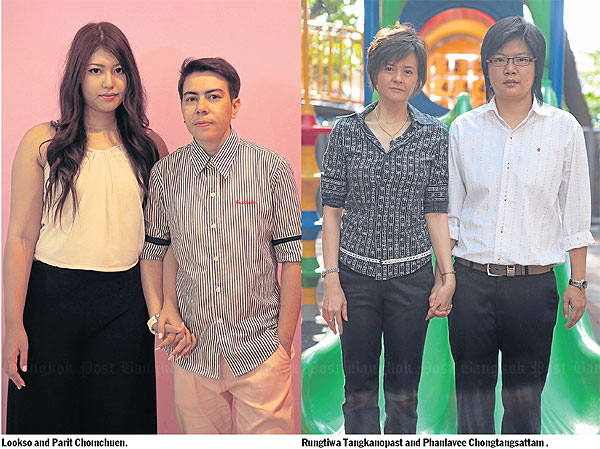 These are among the key fears that same-sex couples in Thailand are facing today.

Thailand has long been perceived as a country with a tolerant attitude towards gender diversity. The kingdom is sometimes dubbed the "gay capital" of Southeast Asia, but that refers to the social aspect of the issue rather than the legal side: when it comes to anti-discrimination legislation, gay rights in Thailand are barely protected or recognised.

Amid the worldwide movement _ from the US to France to Taiwan (see side story) _ calling for the legalisation of same-sex marriages, the Thai government last year formed a committee which has since drafted a civil-partnership law for same-sex couples.

Last month, the Rights and Liberties Protection Department and the parliamentary committee on Legal Affairs, Justice and Human Rights held the first public hearing of the bill in Bangkok. The committee held five rounds of public hearings in Chiang Mai, Songkhla and Khon Kaen and the last one is due in the capital on April 19. According to the Sexual Diversity Network (SDN), around 150 to 250 people showed up to voice ideas and offer feedback during each hearing.

The core of the bill is for the government to legalise civil partnerships for same-sex couples, certified by the Ministry of the Interior. In terms of legal rights, the law will protect same-sex couples as "civil partners", which gives the couples basic rights such as the sharing their assets and property; the right to represent their partners in criminal cases; tax benefits; and healthcare and insurance benefits. Simply put, this groundbreaking move calls for equal rights for LGBT people and recognition of their unions by society.

After the final public hearing next month, the bill will be proposed to parliament for debate. Civil partnerships for same-sex couples remain legally unrecognised throughout Asia. If the bill is passed, Thailand will be the first country in the region to take a step forward in the issue.

Here we talk to four couples about their expectations regarding the proposed same-sex marriage law.

Parit Chomchuen, 40, is a trans-man (female to male) activist at Anjaree, Bangkok's lesbian feminist group. His girlfriend, Lookso, 20, first saw him on his Facebook page. The relationship soon grew outside the cyber world. They have been together for a year and run a clothes shop together.

"Although I consider our relationship as an 'opposite-sex' couple, I don't mind if you call us a same-sex couple. After all, we now live in a democratic country; I believe it is a basic right for people of all sexual orientations to be protected by the law, especially their partnership," says Parit.

"Our relationship is still at the beginning, we love each other very much and plan to spend our lives together. Without the bill, our lives are difficult. Right now, legally we are not family. We can never buy a house together. If I buy insurance, I cannot put my girlfriend's name in my will.

"Legal rights aside, this bill will offer people like us a sense of family. Once the law recognises us, society at large will learn more about us and this will lead to a better understanding of gender diversity in the future," he says. 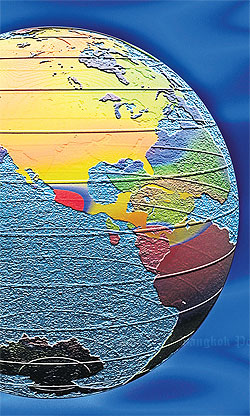 Last Valentine's Day, Phanlavee Chongtangsattam, 33, and Rungtiwa Tangkanopast, 47, made headlines when they dressed up as groom and bride and went to Bang Rak City Hall to register a civil partnership, but their request was rejected since they are both women. Their attempt was to raise awareness about same-sex civil partnerships. Phanvalee and Rungtiwa have lived together for 10 years.

''I really want this bill. It will give us equal rights and benefits, like other citizens, other taxpayers,'' says Rungtiwa.

''There was a time when my mother got really sick and my girlfriend took her to the hospital. I was away upcountry that night. The doctor said my mother needed an urgent operation, but my girlfriend couldn't sign the papers because, legally, we are not family. But in reality, she is my family. What if something really terrible happened, what if my mum couldn't make it because of that signature?

''We have owned a business together for a long time, but if one of us passes away, half of the money will go to the other's cousins. I have nothing against them, but we built this family together. If I pass away, I want everything I've earned to be hers, not go to her relatives. We are not asking anything that would shatter the country. It is supposed to be a basic right that belongs to us, like heterosexual couples.

''One day I saw on the news that there was a buffalo wedding in Suphan Buri. They even had local officials to witness it. I have nothing against buffalos, they are lovely creatures, but I felt like I'd been slapped in the face. It's sad that we humans don't have the same rights as animals.''

Lee Ronald Battiata, 54, met the love of his life, Thai transgender woman Ariya Milintanapa, 30, on a dating website. After a year of online conversation, he flew to Thailand to meet Ariya. Battiata and Ariya have now been together for 10 years, and they both work at the same company. The couple dream of having a house near the beach in Thailand.

''Years ago, Lee and I wanted to buy a house, so we planned to get a loan from the bank,'' says Ariya. ''If we combined our salaries, it would be possible to do so. However, we're not married, so the bank did not approve our loan. That's when I first thought that we really need same-sex marriages to be legalised here in Thailand.

''After living together for a while, we wanted to adopt a child. We wanted to offer love and a future for an orphan. When we contacted the orphanage and told them about our wish, they told us that we need to provide them with proof that we are a married couple.

''We're not asking for anything that causes trouble for others. Most importantly, since my boyfriend is a foreigner, if we could get married here, it would help him to have a different kind of visa that would make it easier for us as a couple to live here. He loves Thailand and he wants to make this country his home.''

Pattanachat Monkhatha, 37, remembers exactly the day he first met his boyfriend, Vitaya Saeng-aroon, 43: it was Aug 19, 2009. Pattanachat followed his friend that night to a bar when Vitaya came to say hi, and love has blossomed since then. Vitaya is a former journalist and LGBT activist. They now run a business together.

''This bill will make us, as a couple, feel more secure socially. More importantly, if the bill is passed, it will mean that society is more understanding and accepting of gay people,'' says Pattanachat.

''We are now building our family. We run a business together. The bill will fulfill our dreams and secure our future. Love is beautiful, no matter what your sexual orientation is. I believe that society should accept people the way they truly are, because LGBT members in this society are among the forces that drive this country forward. Above all, the right to marry the one we love is an equal right, like heterosexual couples.''

SAME-SEX MARRIAGE AROUND THE WORLD

In 2006, South Africa became the first country in the African continent, and the second outside Europe, to legalise same-sex marriage.

US and South America

USA, Mexico and Brazil are countries that allow same-sex marriage in a few states. In the US, there are 9 states and the District of Columbia where the marriage is legal.

In the US today, a lesbian couple Kris Perry and Sandy Stier are going to the U.S. Supreme Court to persuade the justices to strike down California's voter-approved ban on same-sex marriages. If the couple wins, their victory could redefine marriage in the 40 states that don't allow such couples to wed.

In 2009, the government of Uganda passed the Anti-Homosexuality Bill. Like many countries in Africa, same-sex relationships are illegal in Uganda, the penalty of which is incarceration for upto 14 years.

More than 100 parents of gay children in China have written an open letter to the National People's Congress asking the government to legalise gay marriage. The letter implies that there is a widespread problem of fake marriages in China. Last month, a lesbian couple tried to register their marriage in Beijing, to draw attention to the issue.

Last week, a leading Taiwanese gay rights activist was turned away by a government agency as he and his partner tried to register their marriage. Chief Day Way, 55, known as ''the gay rights godfather'', said he would appeal to the courts as part of efforts to legalise gay marriage on the island.

Last month, the French National Assembly endorsed a bill to legalise same-sex marriage and adoption. The bill will go into the Senate in April and the groundbreaking reform is likely to become law in the summer.

Earlier this year, hundreds of thousands people showed up in Paris in support of the bill. But two days ago, tens of thousands opposed to French legislation allowing gay marriage staged a protest near the Champs Elysees after police banned them marching on the famed Paris avenue. 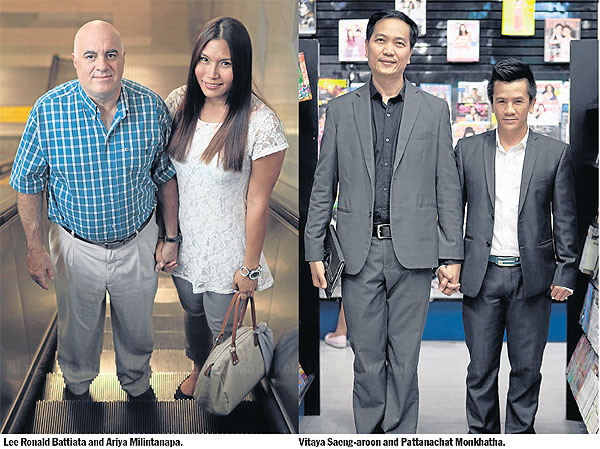