We uncover alternative uses for everyday objects in the Kingdom

Some ordinary objects that have a straightforward use elsewhere in the world seem to have more application or deeper meaning through Thai eyes. This week we search for ordinary objects with extraordinary uses in Thailand.

What you know it as:  Duh, it's a beverage. You drink it, dummy.

How Thais use it:  Besides getting consumed, bottles of red Fanta, aka nam daeng in Thai, can be found at spirit shrines or offered to luck-bringing supernatural entities such as kuman thong (statue of young boy) or nang kwak (beckoning lady). Why this particular drink, you ask? You may think it’s because kuman thong are basically child ghosts and every child likes sweet and colourful stuff. Or maybe the drink is sweet enough to have the energy to make your wishes come true. However, there are several unconfirmed theories of how red Fanta became the Thai people's choice of offering. One in particular is that it resembles blood. Devotees probably didn't want to cut themselves every day to please these entities so they began offering bottles of the red drink instead (and tricking them in the process?).

What you know it as: For people born in the 90s, CD stands for compact disc. They are used to store data in various forms. They are also used to show people that you've never heard of an iPod.

How Thais use it: Since many people don't listen to music via CDs anymore, Thai mahouts got creative with the shiny discs. They began tying CDs to an elephant's tail in order to alert motorists to the slow pachyderm. Sellers at open-air markets also hang them above their wares to repel flies. You may question the ability of unwanted CDs in repelling unwanted animals but, in 2009, Kui Buri National Park in Prachuap Khiri Khan strung up CDs to create a fence to prevent elephants from going into farming areas in search of food. These discs reflected light and scared them off. 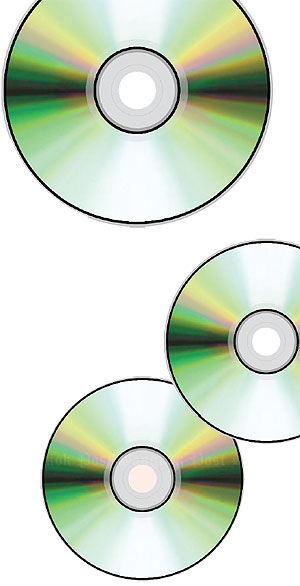 What you know it as: Makrood, or kaffir lime, is used a lot in Southeast Asian cuisines. The fruit looks like a lime but has bumpy skin. It is very useful and versatile. Its leaves can be found in tom yum goong and tom kha kai (chicken galangal soup). Its juice can be used as shampoo.

How Thais use it: Slices of kaffir lime can be found in urinals at men's toilets. They aren't there to give the gents some target practice, though. The fruit gives off a strong smell to counter the stink of #1. 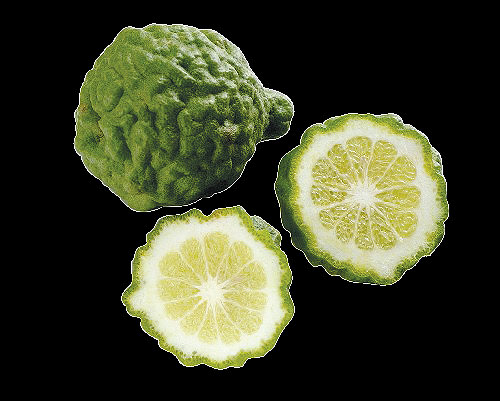 In Thailand, men can say that they water fruit in the restroom

What you know it as: If we have to explain this one, then we really don't know what to say. Except that we assume you have tons of skid-marks on your underwear.

How Thais use it: Besides wiping one's bum with it, Thai people use toilet paper to clean everything from their mouth to face to utensils. Some Thais also blow their nose or dab some oil off kai jiew with it. See how easy-going we are? 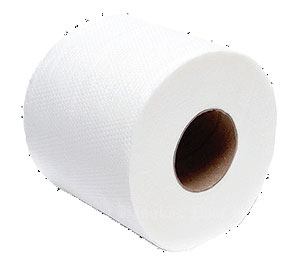 What you know it as: This is a no-brainer. You can carry various types of liquids or solids in a bucket.

How Thais use it: In Thailand, plastic buckets of compact size in different colours can be seen at beach parties or roadside drinking stalls. They contain mysterious potions which friends can share through multiple straws, or one person can drink through multiple straws if he/she wants to cut to the chase. Also, offerings for Buddhist monks (sangkhatan) are preselected and put in orange or yellow buckets of medium size. They can be seen at Buddhist shops and this kind of offering set comes in other type of containers. You don't necessarily have to buy these buckets from shops, though. You can just buy basic things you think would benefit the monks and put them in a container and present it to monks. This way you'll know that everything you offer hasn't passed their expiry dates. To be on the safe side, we suggest against drinking from any orange or yellow buckets in to avoid incurring extra bad karma. 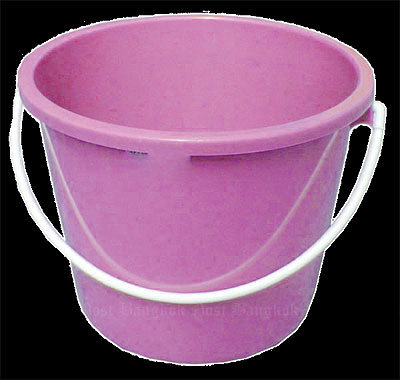 Drinking from the same bucket is a great bonding experience

What you know it as: A dashboard is a panel in front of the driver and features controls for operation. However, given how horribly people drive, it's possible they never even look at the dashboard.

How Thais use it: Given how crazy Bangkok traffic can be, we totally understand why some drivers turn their dashboards into a mobile shrine. The space on top of and around the dashboard serves as a creative canvas for many Thais, especially taxi drivers. They put Buddha images and other things they respect there to protect them as they brave the hectic roads. Dashboards can also be used for the enjoyment of laymen and some drivers also use them as exhibition spaces for doll collections and other random items. 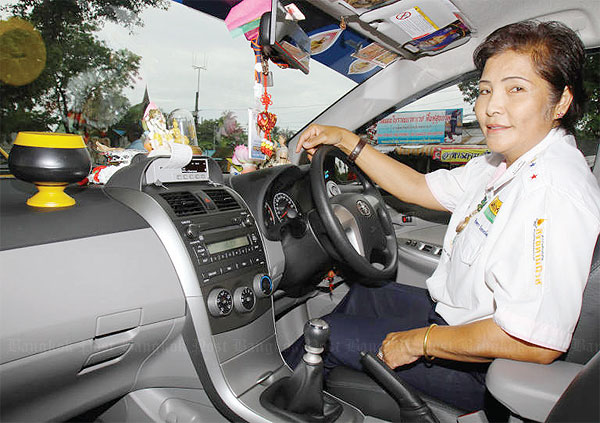 She must feel so safe while on the road

What you know it as: This noise-making device features three layers of plastic in the shape of a hand. Shake it to make a clapping sound instead of putting your actual hands together. It's a toy or a cheering tool. You can also use it at your office to, you know, annoy people around you.

How Thais use it: The innocent device ain't no kiddy affair in Thailand and it holds profound meaning and power hidden within. It became one of the symbols of a political movement by the now-defunct People's Alliance for Democracy, or PAD, and their supporters. The coalition was originally formed against former PM Thaksin Shinawatra but the hand clappers started to surface again around 2008. The Yellow Shirts rattled these clappers to express agreement to speeches given at their rallies. You might say that it's a toy that could rattle an entire government. Moreover, foot-shaped clappers became The United Front for Democracy Against Dictatorship (UDD) 's answer to PAD's hand clappers. We're confused by how feet are used to express approval since they are considered low and dirty in Thai culture (and no Thai would ever sing to toes like Robin Thicke does at 3:26 in his “Blurred Lines” music video). 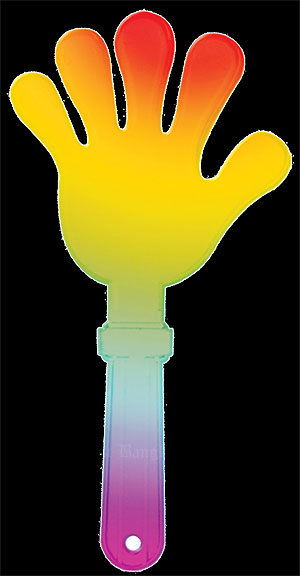 We’re for reconciliation so here’s a rainbow clapper

What you know it as: A statue made in the likeness of a zebra. A nice garden decoration or a toy, perhaps?

How Thais use it: A zebra statue, like the one pictured here, is a popular offering meant for a roadside spirit shrine. People who believe their wishes have been granted by the power of a shrine will repay it with a zebra statue. We assumed this was probably because Thai deities like exotic animals but, according to archaeologist Assoc Prof Srisak Vanliphodom, a zebra represents safety as the animal is linked to pedestrian crossings and is therefore auspicious. This is not a toy

What you know it as: A mushroom of unusual size, colour or shape usually makes you think either "I have to take a picture with it to show people how strange it looks" or "Is it edible?". However, it means more than that for some Thais.

How Thais use it: Thai animists seem to have a knack for making up rules regarding things that can bring them luck and lottery numbers ahead of time. It can involve anything from termites to cat carcasses in sausage to banana trees. When they find a magical mushroom, they will designate a holy area around it with a white thread, wrap colourful clothes around it and worship it with joss sticks. 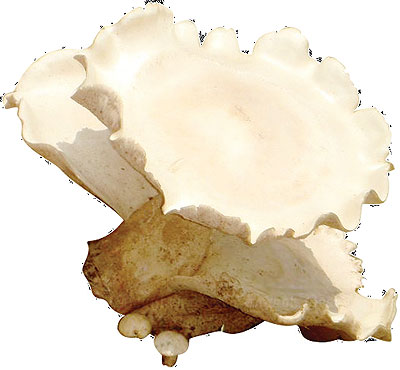 To eat or not to eat?

What you know it as: Most people usually take instant noodles out of the pack, put it in a bowl, empty sachets of seasoning and oil into the bowl, pour boiling water in, put a lid on it, wait for three minutes, then eat - you know the drill.

How Thais use it: Thai people do know how to cook instant noodles but why would you want to water down all the goodies and MSG? Why not appreciate them at their fullest flavour and without having to wash your bowl later? Here's how to eat instant noodles uncooked. First, you take the seasonings and oil sachets out but keep the noodles inside the pack. Then squeeze and crumble the noodles with all your might until they become pieces of your preferred size. Third, empty sachets of seasonings and oil into the pack. Mix them up by shaking the bag like you do to a Koala's March box (but you don't have to do it 5,000 times). Dig in with a spoon or pour it into your mouth. We can't be held responsible for any side effects it may cause. Another alternative use of instant noodles