Thanks, but no tanks
Life
Social & Lifestyle

Thanks, but no tanks

The iconic image of a Tiananmen Square protester fuelled his career, but has also 'overshadowed' his other work, says photographer Jeff Widener

On June 5, 1989, photographer Jeff Widener captured an image of a lone man standing in front of a column of tanks in Tiananmen Square in Beijing, China. It was the photograph that would define his career, an iconic symbol of Chinese communist oppression. 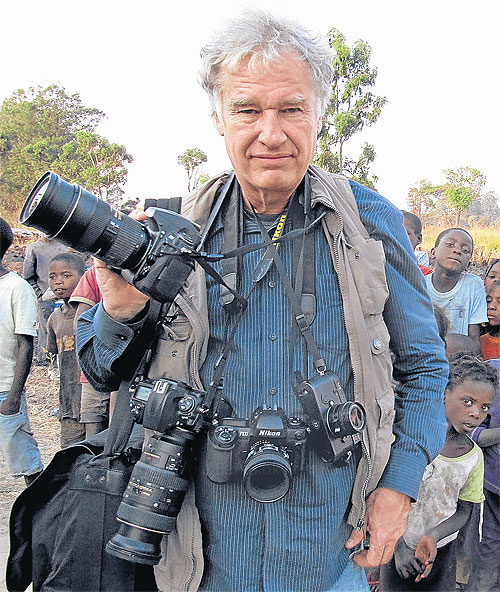 A professed “lucky shot”, the image - commonly referred to as “Tank Man”- has become one of the most controversial and significant photographs in modern history.

But despite the widespread attention and fame he has received from the image, Widener now feels that Tank Man is somewhat problematic to his career, as it has overshadowed a large portion of his other work. He has since attempted to distance himself from the photograph.

“Though I am known for the Tank Man image, in a way I am starting over as an artist ... and my work has to be discovered by collectors and investors,” he says.

Although he still takes on some new assignments through an agency, Widener’s professional career is moving in the direction of fine art, away from photojournalism. He has “always been an artist”, he says.

Widener was largely influenced by Czech photographer Josef Koudelka’s ability “to translate the soul of his subjects better than any other photographer”. He also admires photographers such as Elliott Erwitt, W. Eugene Smith, Robert Frank and Garry Winogrand, and has a deep appreciation for the aesthetics of the craft.

To him, newspapers are platforms that allowed him to showcase his work to a mass audience. But recently, Widener’s work, which primarily relies on traditional black and white film, has been featured in major auction houses and magazines, including the British Journal Of Photography.

The main reason for the career move is a dramatic drop in day rates for newspaper photographers, as well as a rise in news videography, which is a more profitable avenue in mainstream media.

There are two roads photographers can take, Widener says — hone the craft of videography in addition to their photography skills, or set their work in another category of photography.

In addition to exploring these options, he says, photographers should create and maintain a website on which they can showcase their work. “I cannot stress enough the importance of a good website,” says Widener.

While managing career choices may be pragmatic, Widener believes that photojournalists should not become consumed by practicality. Passion, he says, is one of the most important elements a photojournalist can have in their profession.

“I have always followed my passion. This is what makes life worth living. Follow your heart and things always seem to fall into place.”

From his first camera, a Kodak Fun Flash he received from his parents for Christmas as a 10-year-old, to travelling around the world as a photojournalist, photography has certainly played a large role in Widener’s life.

But after spending time with digital cameras, Widener has since returned to Leica cameras and Tri-X film, for which he has an affinity, and predominantly used early in his career.

Widener has also pursued other interests. Although not a licensed pilot, he has been fond of aviation for some time.

He has cherished memories of flying. One that stands out is when he had the opportunity to take control of an F-16 Fighting Falcon, pulling seven Gs for over an hour at southern California’s Edwards Air Force Base for a 1987 story for the Las Vegas Sun.

Although Widener has busied himself with other diversions, for the time being photography is no doubt his greatest preoccupation.

Currently based in Hamburg, Germany, Widener has many promising and upcoming projects, including an upcoming book that will showcase his work as the Southeast Asia photo editor for the Associated Press, and another that will capture the hidden side of Hawaii, photographed entirely with black and white film.

Widener is also working with a curator in Italy on a possible major retrospective exhibition. “I believe my best work is yet to come,” says Widener. “I don’t think any [photographer] really feels they have reached their full potential, but I can’t complain too much, either.”