Leave it to the electronic tongue and nose to distinguish how deliriously delicious or insanely crappy a certain tom yum tastes. If Thai food is to have a distinctive uniform recognised by the whole world, well, a standard's got to start somewhere right? 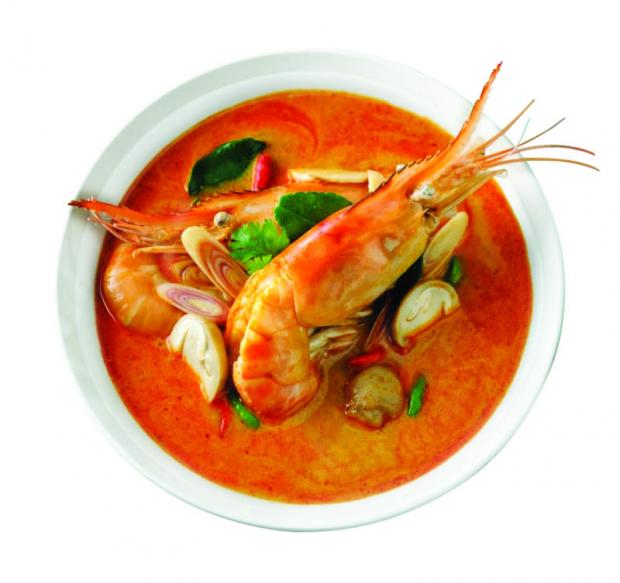 This is perhaps the main reason as to why anyone would enlist robots to do a job typically reserved for distinguished gourmands and culinary experts. Review a dish to put a star on it.

A major part of the Thai Delicious project, spurred by the government's National Innovation Agency (NIA), is to assist in the goal of bringing Thai kitchens to the world, making sure that Thai dishes continue to be authentic and standardised, no matter where it is cooked.

The two tasting bots, E-delicious and ESenS, are basking in all of the media hype, yet, what is not being discussed is the Thai Delicious scheme to manage raw ingredients from the top of the stream and mass-produce ready-made sauces so that they can be sent abroad and used to duplicate government-approved flavours. It's easy to understand any nation's goal of wanting to preserve and proclaim their culinary heritage, but are the initiatives set by Thai Delicious going to turn sai oua into a commercialised downer, devoid of the artistry of cooking?

The NIA's battle against bad Thai food apparently begins by putting science in the picture to create benchmarks and indicators. Working with both the private and public sectors, as well as universities and food authorities, 11 recipes of well-known dishes have already been set in stone, down to its viscosity properties and pH levels. To achieve this final "standard", experts from different regions around Thailand have contributed research over various versions of the dish, before finally settling on the most popular taste widely accepted by a public group held for a sensory test.

Some of the recipes include regional stars such as phad thai, khao soi, khaeng khieo wan and nam phrik noom, with southern fares like kaeng luang being created based upon research conducted at Prince of Songkla University. More recipes are definitely in the works.

Surely, questions such as how sweet is sweet enough or how salty is too salty are subjective to each and our own. But that's when the E-delicious and ESenS comes in handy. The two printer-sized contraptions can easily sniff out (or taste) what flavour a dish is missing. With its gas and electronic sensors that mimic the human nose and tongue, along with its artificial intelligence, it can compare just how similar any dish is to the standard by measuring variables such as sweetness, spiciness, sourness, saltiness and umami — all the chemical building blocks that make up how a food tastes. Any score lower than 85% deems it has deviated too far much from what it should taste like.

"Deliciousness is subjective, but without a standard in science, there wouldn't be anything to work with. The machine can be used to evaluate creams and perfumes as well — it can detect what the human tongue may not," explains Nakah Thawichawatt, ambassador of ESenS. However, revered Thai food gurus like Acharn Srisamorn Kongpan, are sceptical of robots filling in for people.

"Does it know what flavour has to lead and what has to follow? Curry isn't sweet you know, it's led by spiciness first, before the sweet and salty notes that follow. Also, spiciness from different kinds of chillies already yield different results. Will it pick that up?" she demands.

David Thompson, of Nahm restaurant fame, also thinks it's preposterous that food is getting standardised and that a machine is to be a gauge that determines its acceptability.

"You can have a constituent, but taste is not just a chemical constituent," he says fervently over the phone. "You might have a lot of chemical recipes that are similar, but in fact, they can be fantastically different. A machine can never, ever, ever take in the complexity of taste, of recipes, of variations, of ingredients, of technique, of all the things that make cooking difficult.

Cooking is spontaneous and contains the frisson of good taste — a machine can't measure that. I think it's all rather a gimmick really. To standardise it is to completely not take into account any of the sophisticated complexities of Thai food. It strikes me as a very bureaucratic enterprise that doesn't really understand the repertoire of the cuisine."

Thai food's anarchic nature has led to different versions of recipes and understandings of the cuisine, which can be a cause for much heated debate against one standardised recipe. In the near future, however, as the ESenS gathers more data that it can store endlessly into its Cloud memory, the database is bound to expand to acknowledge preferences from every group: how the southerners, Isan, Japanese or Americans like their tom yum to taste. As there is also a smartphone application, Nakah hopes to extend it to one that can help you find restaurants that serve food like other places you love, provided that his creation gains more usage. Even if restaurants don't want to buy into this 500,000 baht innovation, evaluating services can also be hired, thanks to its portability and weight (15kg).

Interestingly, it looks like it's the chain restaurants that can most benefit from ESenS or E-delicious. Eating one's way through 50 branches already induces tired sighs when one can simply change their food into a soluble form and stick it into the machine. As data can be compared, chefs can easily check whether their skill and produce are consistent or not, in a matter of minutes, when a lab procedure would take hours.

Dr Krit Chongsrid, managing director of the company that created E-delicious, has experience creating machines that quantify spiciness for producers such as Mae Ploy, Ajinomoto and CPF and so knows the strengths of a machine.

"Quantifying taste means you have units that are internationally understood around the world," he explains. "People are subjective and their mental and physical capabilities are not the same every day. With spiciness, after three samples, you wouldn't even be able to judge the fourth accurately anymore because your tongue is numb from the hotness. There aren't many people who are truly experts who are qualified to taste and smell accurately. Sensory taste takes a long time to build. What happens when that expert is absent? You can't just get any other person to fill in."

After all, these machines are all about "bringing chef Chumpol [Chumpol Jangprai from Iron Chef Thailand fame and a member of the Thai Delicious Committee] to the world", according to NIA assistant director Supachai Lohlohakarn.

"We cannot invite 3,200 chef Chumpols to be everywhere to make his food, but with this project, you can now make these foods too and you don't have to be chef Chumpol."

While ESenS and E-delicious hope to be making rounds abroad to assess whether restaurants are deemed worthy of the Thai Delicious seal of approval (which, it is hoped, will become the Thai version of a Michelin star) or not, ready-made sauces and mixes of the 11 recipes are already good-to-go thanks to the achievements of science — all the while minimising steps and delivering exact tastes that the recipes dictate.

Chef Chumpol comments: "Keep in mind that nations all over Australia, America and Europe all make cooking sauces, but none can do it as well as us because we have the best raw materials. Chefs used to have big egos, but today, costs need to be controlled and I think this provides more convenience."

A taste of Thai Delicious will be available in November, in the form of a Thai bistro called Kati on Sukhumvit 49. It has drawn all recipes and ingredients from the project and also serves as a pilot franchise that will be opening in South Korea, Japan and Sweden in the future. Owner Marut Chalotorn believes the notion of ready-made sauces and mixes is not as terrible as it sounds. In the case of the green curry mix, for example, all that needs to be added is chicken and some aubergines.

"Look at Japan and how their quality curry packets can make the world happy. We needed to do something like that too. Yes, there have been people who make ready-made sauces and mixes before, but they cater to the taste of foreigners and only stick to sellable menus. They haven't tried to really incorporate regional menus and don't stay true to how it should taste," says Marut.

The vegetable plan side of things, although there, is not as concrete and much is still to be seen, like how the agricultural industry will be supported in Thai Delicious's scheme.

It is this aspect of the project that chef Thompson thinks is the most important thing. "What would be fantastic is to develop some control over the quality of the ingredients and to encourage people to use the better ones. Where is the best lemon grass from? Who grows the best chillies? What's the best type of fish to go into a green curry? Policing how it should be made is like culinary fascism, when encouraging farmers to cultivate quality and grow organically is much more practical and worthwhile."

On a final note, the chef says: "You don't want to industrialise and mechanise cooking. It's a very human action which we do creatively and for satisfaction and pleasure. To remove that individual nature is just ridiculous. Food, like language, is not frozen in time and to try to standardise it is a very dangerous thing." 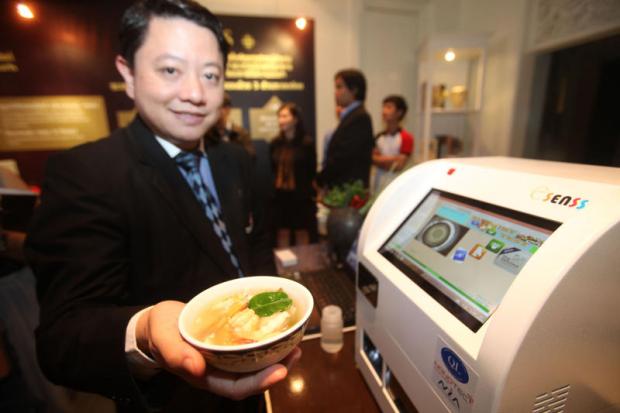 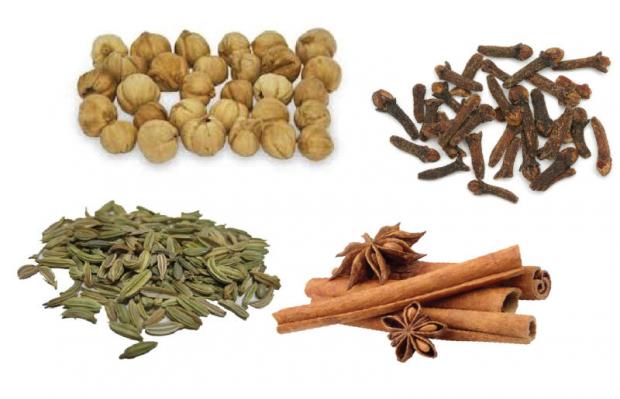 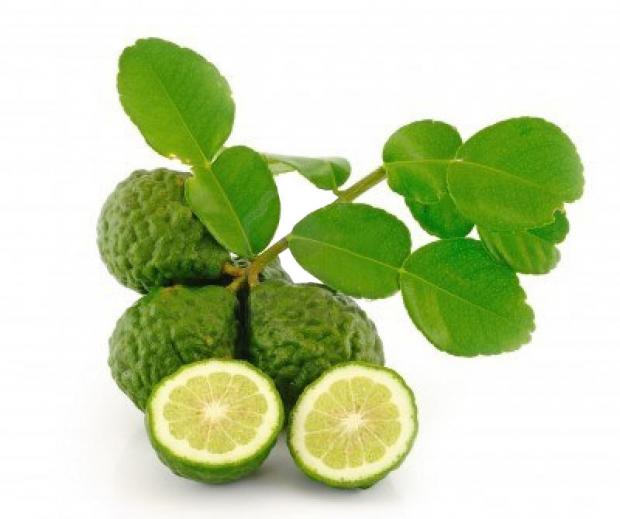 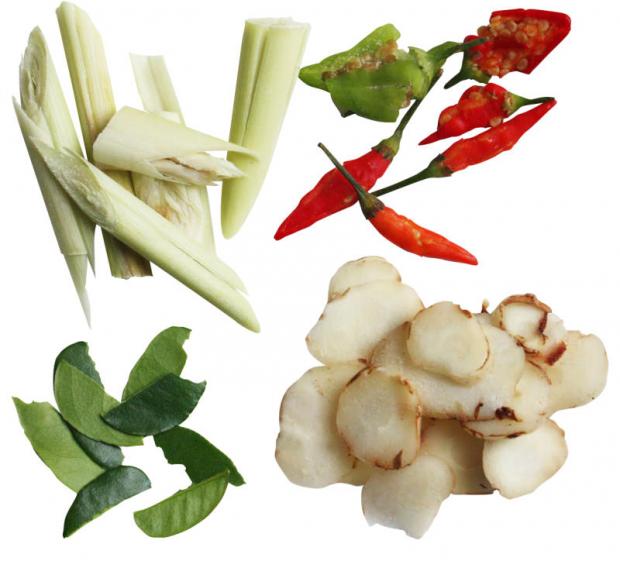 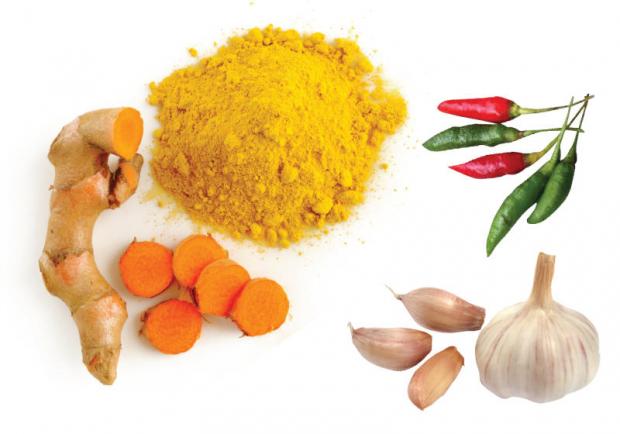