No smoke without fire

The Tobacco Products Control Act — Thailand's primary law on tobacco merchandise imposing a ban on most forms of tobacco advertising and promotion — has been enforced since 1992. The implementation, unfortunately, does not seem to be able to stop some tobacco goods being popularised and sold — both online and underground — especially electronic tobacco smoking devices. 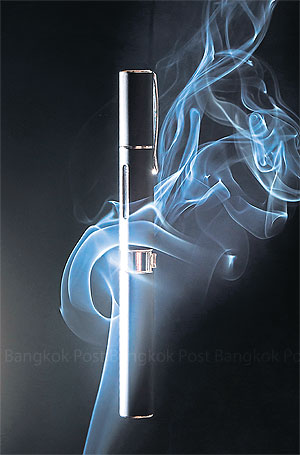 As a result and also due to the known adverse health impacts of tobacco smoking, the cabinet last month approved a draft announcement by the Ministry of Commerce banning the import of electronic cigarettes and baraku (shisha), defining them as prohibited items.

The devices are banned with immediate effect and those who break the law are subject to a maximum of 10-years imprisonment or a fine equivalent to five times the price of imported or exported goods seized by the authority.

Electronic nicotine delivery systems (Ends), of which electronic cigarettes — or in short e-cigarettes — are the most common form, have become a subject of concern not just in Thailand but also around the globe. Even the World Health Organization (WHO) considered the report on Ends as the agenda of discussion during its recent WHO Framework Convention on Tobacco Control (WHO FCTC) held in Moscow last month.

Thai Pharmacy Network for Tobacco Control manager Katha Bunditanukul attributes the cabinet's decision to outlaw e-cigarette and e-baraku (sometimes called e-shisha) for several reasons. Apart from having been widespread among the young Thais, e-cigarettes and e-barakus available for sale in Thailand are mostly substandard. He also believes these electronic devices eventually lead to more people opting for real cigarettes.

"In the past, there have never been regulations to control e-cigarettes and e-barakus, which have been smuggled into Thailand, particularly in terms of standards," commented Katha.

"And academically speaking, there is no research to back up if they are smoking cessation tools like some people have claimed they are. So I think if these products cannot be properly controlled, then it is better to ban them altogether."

Basically, the mechanism of electronic puffs and baraku is pretty much the same: users are to put some substances (liquid in case of e-cigarette and powder in case of e-baraku) into a cartridge and then it will be burnt by the battery-powered heating system. Users then inhale, through a stick, vapour released by e-cigarette and smoke produced by e-baraku. In Thailand, e-cigarettes are more widely known and popular than e-baraku.

The e-cigarette was invented in 2003 by a Chinese medicine practitioner and smoker Hon Lik who actually designed the device to aid smoking cessation. He did so with the belief that users are allowed to control the amount of liquid to be put in the device by themselves. This also means that for people who want to quit smoking, they can choose the nicotine-free liquid or that with the amount of nicotine as little as they wish.

Pulmonologist Dr Yongyudh Ploysongsang, however, points out that while the WHO does not recommend e-cigarette as a means of smoking cessation due to no scientific research to back up its efficacy, personally he believes conventional cigarette quitting techniques work much better when it comes to treating smoking addiction.

"Medical treatments are approved and available for medical practitioners to treat heavy smokers who want to quit, be they nicotine patch or medicines," noted Dr Yongyudh. "Certain drugs have been proven to be able to help smokers quit within a month. For adult smokers who are interested in opting for using e-cigarettes as a smoke cessation device, it might work well in some cases given they are able to control the urge to smoke and take in nicotine. What I am more worried about is young people who are duped by false advertisement that an e-cigarette is totally nicotine-free."

According to the lung specialist, e-cigarettes, as well as e-barakus are often advertised and promoted as containing no nicotine, which is subsequently claimed to be good and suitable for not just people who want to quit cigarettes but also those who want to smoke but do not want to become addicted to it. But in reality, it is not true at all.

"Most manufacturers usually put approximately 18mg/ml into their e-cigarette's liquid which is quite high. And the product is not controlled by law so it is advertised freely, especially online. And when consumers — teenagers in particular — are made to believe that it contains no nicotine, they give it a go because they think it is not a health threat and at the same time smoking it makes them look so cool. In the end, this younger generation and many are fooled by the cheating claims and eventually fall prey to adverse health impacts of these products," explained Dr Yongyudh, adding that e-baraku has also been promoted as having zero nicotine but in fact 45 minutes of e-baraku smoking releases 36 times more tar, 15 times more carbon monoxide and 70 times more nicotine than smoking normal cigarettes for a the similar period.

Dr Yongyudh also added that besides nicotine, chemicals released from e-cigarettes include propylene glycol and glycerin, which in most cases are not toxic if not consumed in large amounts.

In some cases, the chemicals might trigger nausea. Data from the Action on Smoking and Health Foundation Thailand reveals about 10 to 20 flavour-based chemicals have been found in e-cigarettes. The Department of Medical Sciences once conducted an analysis on smoke in e-cigarettes and found that it contains heavy metals like cadmium and arsenic.

In Thailand, e-cigarettes and e-barakus have become more popular especially with people between the ages of 15-30. The price of e-cigarettes ranges from 650 to 2,000 baht each, while e-baraku is cheaper at about 200 baht each.

While healthcare personnel definitely agree with the ban on e-cigarettes and e-baraku, heavy smoker Anis Iamjaikla thinks that the restriction is an infringement of human rights.

"I think people should have the right to choose for themselves," remarked the 35-year-old entrepreneur who smokes 10 to 20 cigarettes per day.

Anis concedes that he once tried an e-cigarette but preferred the feeling of smoking normal puffs to the electronic version. The prohibition, therefore, does not affect him directly but he only wishes that smokers and non-smokers alike have some more alternatives when it comes to their smoking habit.

"People only need to be informed of the health impacts of these devices and then it is better to let them pick their own option," he added.

Katha, nonetheless, fully supports the ban implementation. He is certain that the new e-cigarette and e-baraku censorship law will benefit the majority of Thai consumers especially in terms of healthcare. 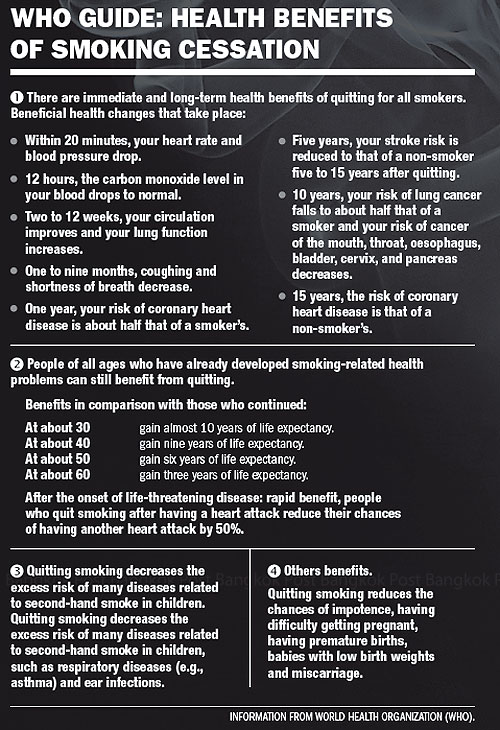