Documenting the eye of the storm
Life
Social & Lifestyle

Documenting the eye of the storm

When 46-year-old Nikolaus Freiherr von Nostitz, better known as Nick, sent emails to his contacts on Dec 20 seeking financial help, some thought it was a scam. Soliciting donations is uncharacteristic of the outspoken but humble Nostitz. For years, people could see that the German was a modest guy who roamed around Bangkok on his decade-old Kawasaki GTO motorcycle to cover the turbulent transformation of Thai politics, from both sides (or more) of the conflict. 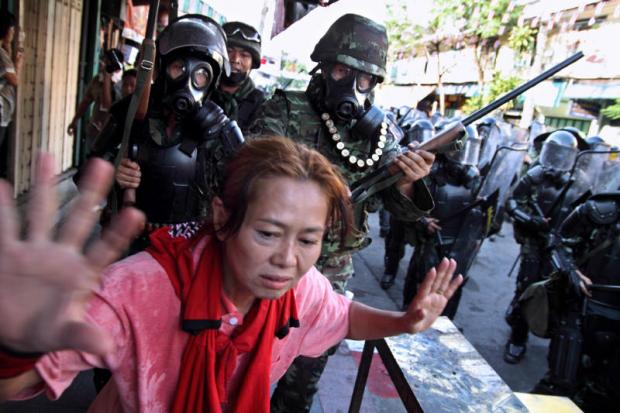 When the same message seeking help appeared on his Facebook, people realised that it was a serious plea.

Nostitz's situation had been known before as a result of his journalism. His works have earned him praises and admiration among many people in Thailand and published by leading German news outlets such as Der Spiegel and Stern — some of his photos are now shown at Foreign Correspondents' Club in a special exhibition, ending today. But at the same time, his photos and reports also stirred discomfort and animosity from others in the society. One of the underlying troubles that had led to his dire financial situation is the way his work was perceived as biased against the Bangkok middle class and their protests against the Shinawatras. Instead, Nostitz's pictures often show the human image of "the other side" — the supporters of the ousted prime minister Thaksin Shinawatra.

Nostitz was attacked on Nov 23, 2013, by guards in the anti-Yingluck mob during a street demonstrations led by Suthep Thuagsuban. He endured hate campaigns and threats and narrowly escaped an abduction attempt on May 7 by the same group. 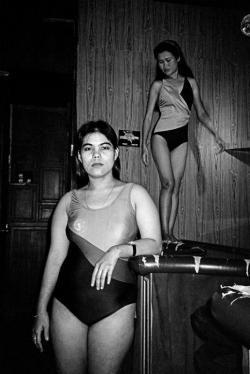 Since then, covering Thai politics became almost impossible and the situation was compounded by his  health. No longer able to work or to support his family, Nostitz, with this Thai wife, decided to push ahead with a plan to return to Germany. The couple is also in the process of adopting a child.

The plea for help has led to another, lesser-known side of the man's history and his adventure in Thailand. The shabbily-clothed Nostitz, a familiar sight at protests among other journalists, was a minor German aristocrat from Munich with ancestral roots in Silesia.

"I arrived in Bangkok somewhat by accident as a backpacker and then chose to become a professional photographer — making a profession out of my obsessions: photography, travelling, collecting experience and telling the story," Nostitz explained.

Raised in an 800-year-old family that settled in Upper Lausitz historical region, Nostitz was not stuffed with money but real estate. His father, not appreciating the Nazi regime, walked home at 15, after being sent to fight in World War II without knowing it had already ended. His mother was from an aristocratic family in Baltic Germany.

Nostitz, as a hot-headed young boy, was kicked out of a boarding school after quarrels with teachers (that school was reportedly mired in a number of scandalous child mistreatment cases). Then his father lost everything in a business failure in the 1990s, and the wanderlust spirit entered the young man.

Nostitz backpacked for over 10 years from Pakistan and India, overland Europe, to Sri Lanka and Africa. He jumped from ship to ship, spent time in slums and trekked the Himalayas before landing in Bangkok in 1993. Here he got married to his wife Nid (her real name withheld). They live in a house in the Tao Poon area, and Nick is adopting a 10-year-old boy, who is the son of his wife's estranged sister.

The plan is to move to Germany this year, though the adoption process is still ongoing.

The psychological toll from his profession is as much worrying. Nostitz has developed post-traumatic stress disorder (PTSD) after a decade-long exposure to events from covering Yellow-Shirt protests (including the Government House occupation and airport sieges led by the People's Alliance for Democracy) in 2008, followed by the Red-Shirt crackdown in Din Daeng in April 2009 and the April-May 2010 mayhem that led to 92 fatalities.

He went through that and more. The seven-month-long Bangkok Shutdown and anti-Yingluck protests led by the Peoples Democratic Reform Committee (PDRC), which led to the 22 May coup, worsened his PTSD condition as he found himself the target of hate speech on TV and rally stages. The attacks  became evermore personal and he was finally assaulted by PDRC guards. His detractors believe that he was hired by the former prime minister, an accusation with no proof.

Suffering from PTSD has also cost him job opportunities as he didn't dare appear in public — let alone to visit political sites. It took him almost a year — after the attack in November 2103 — before he could appear in public, such as in department stores or the Loy Krathong water festival.

Nostitz's style of journalism made him dig deep in an issue in a long period. He has followed Thai political street protests for much longer than when his name started to pop up in the news.

With nods to black and white street photography he absorbed from the early-20th century photojournalists like Brassai (real name Gyula Halász) in Paris and WeeGee (real name Arthur Fellig) in New York, Nostitz was attracted to the urgency and unblinking reality of events.

As a member of Hamburg's Focus Photo and Press Agency, Nostitz spent his earlier years in Bangkok following the city's emergency services such as Por Teck Tueng Foundation, whose job included recovering corpses. He speaks Thai, eats Thai food and ingests the culture. He gets to know ordinary people and learn how they cope in the world. His book Patpong – Bangkok's Twilight Zone (Westzone, London, 2000) documents the red light district of the city in its heady glare, blocking out nothing.

On covering politics, Nostitz has always been on the front line — from the line of fire on Rajaprasong Road in May 2010, (he also appeared in court as a witness, where he testified that the shootings were from the military side) to the gang-style duels between the anti- and pro-government groups in February 2014 near Don Meuang.

Besides European magazines that published his photos, Nostitz's reports on Thailand have appeared at  length on New Mandala, the website of the Australian National University College of Asia. Meanwhile, his other photo books, Red vs Yellow Volume 1: Thailand's Crisis Of Identity, and Red vs Yellow Volume 2: Thailand's Political Awakening (White Lotus Press, Bangkok, 2009 and 2011) are examples of eyewitness photojournalism at its most obsessive and compelling.

After word went around that Nostitz needed help, donations and support have poured in.

"I had a realistic expectation and a faint dream or hope that I may be able to regroup the financial losses that I have suffered from the witch hunt against me. Well, my realistic expectations were far too low, and the donations have been close to the amount I calculated that I have lost. I am quite speechless," he said. His photographs, displayed at the Foreign Correspondents Cub of Thailand, are for sale and consist of expressive black and white images, relentless and sometimes horrifying, and political documentation in colour.

On the inaugural night of the exhibition at the FCCT, a former ambassador and Yellow-Shirt figure Kasit Piromya had kind words for Nick.

"A very courageous and much appreciated gesture. I wished that some other people who hate and discredit me would have the courage to voice their criticism to my face. Honest and fair criticism only makes me a better journalist," Nick said.

Dominic And Mod, taken at Klong Toey slums in 2003. Nick Nostitz, on Aksa Road, in front of soldiers blocking the entry to the Red Shirt protest camp, which the military dispersed after the announcement of the coup on May 22 last year.