In the first of a series on the new generation of conservationists, Life talks to Faikham Harnnarong on the dying breed of climate change warriors

The demography of environmental activists in Thailand has shifted. The pioneering generation, those inspired by the life and death of the late Sueb Nakhasathien, the forest official who committed suicide in what is believed to be a protest against bureaucratic hopelessness, have started retiring, or feel too tired and have moved into other fields. 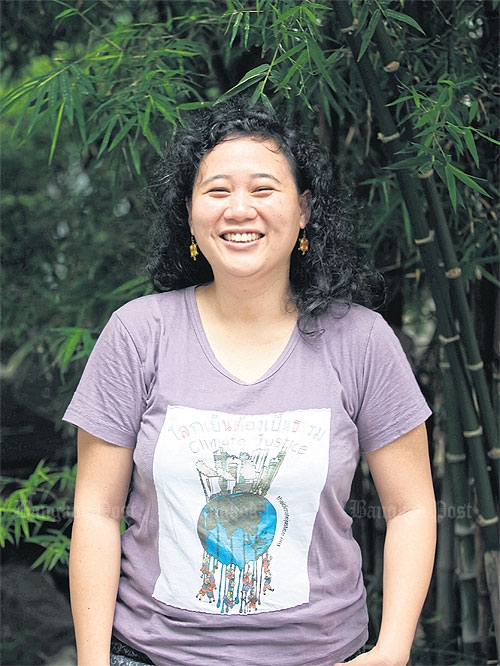 Meanwhile, the budding generation of activists in universities is drawn more towards the chronic political disputes, and their campaigns are about the power structure rather than conservation.

TCJ is non-governmental organisation with a mission to raise awareness about the lack of sustainability in energy production. The group has also worked with the communities affected by pollution from fossil-fuel energy producers, such as those living around Mae Moh Coal-Fired Power Plant. It closely monitors the country's Power Development Plan (PDP), an energy demand forecast which is to be used as a basis in new investment in power plants and electricity purchasing. The group has been actively taking part in drafting a climate change policy. In 2009, TCJ along with a network of communities worked with the Office of Natural Resources and Environmental Policy and Planning (Onep) to draft The National Masterplan on Climate Change Adaptation 2010-2021.

"PDP has been monopolised by technocrats and officials," says Faikham, who's been working on the issue for 12 years. "These technocrats will tell us that the plan is good and the country will suffer from blackouts if we protest against the state's plan to build coal-fired power plants.

"But villagers [in the affected areas] said that they would have to bear the impact of the energy-producing plan and while there is evidence that there is a surplus of electricity reserve and over-investment, who are we going to believe?"

The challenge in Faikham's work isn't about opposing the state -- it's how to make this data relevant to city dwellers.

"When society hears about power plants and environmental problems, people often think that it is the issue of the state versus the villagers. But electricity consumers in big cities are part of the problem because we generate electricity demand. But we can help solve the problem too, by trying to pressure the state to use clean and environment-friendly energy sources," she says.

To engage city people, TCJ has started using a new communication medium. Faikham co-produced a 45-minute documentary that looks at those affected by the impact of the Mae Moh Coal Fired Power Plant. In July, she also ran a photo exhibition "Dark Side of The City: Civilai Mai Saard" (Dirty Development) at Bangkok Art and Cultural Center (BACC). The exhibition showed heartbreaking images of villagers suffering from air pollution around Mae Moh. On Friday 30th, TCJ will host the screening of environmental documentary "Disruption" at Root Garden at Thong Lor Soi 3 at pm 6:30, following with the discussion on climate change at pm 7:30.

Most of her friends from college  have well-paid jobs at environmental management firms, some of them conducting Environmental Impact Assessments (EIA) for development projects or pollution clean-up. Faikham refuses to walk down that road because it is against her belief.

"Environmental management should help protect the ecology and well-being of the community," she says. "But most EIA surveys are carried out solely to justify projects -- to get a construction permit, while pollution clean-up is just problem-solving at the receiving end."

The life of an environmental activist has its own pros and cons -- freedom and opportunity to see the world, and contentment from contributing to society, but, ultimately, financial insecurity. Faikham is also a new breed of Thai environmentalist who dispels the stereotype long-associated with NGO workers: those passionate little souls who wear hemp or natural-dyed cotton clothes, use hilltribe rucksacks, wear sandals and live in a forest-based community with villagers they are trying to save.

Faikham looks like any other woman we meet at a social gathering. She uses an iPhone, drinks gourmet coffee, has a credit card, and shops at 7-Eleven. She also saves up as much as she can for her holidays abroad. "I think the present generation of environmental activists are at ease at showing their lifestyles. They are not shy to use smartphones or drink expensive coffee. They do not have to act as if they are poor in order to show camaraderie with their causes."

Still, regardless of their lifestyles, the new generation of environmentalists -- either young or old -- still have to bear the image of being the hot-headed "naysayers" since their work involves challenging the establishment, and criticising and protesting against modern development. As the contest between conservation and progress wages on, these activists have long been perceived as self-righteous, stubborn, romantic and hypocritical as they still enjoy convenience brought by the state's development, just like everyone.

Faikham does not let those preconceptions get under her skin. "Of course, I welcome development and I am intent on living in modern society. But our mission is not to defy any development. We just try to throw questions at society," she says, adding that the answer is that everyone will have to work together.

Her central question is how long society can live with a model of development that destroys natural resources?

For her, society is a "black hole" that sucks up all the resources for future generations -- clean air, water, energy, soil and the ecology system, and people are consumers who are disconnected from the past and blind to future.

"Can we ignore the future generation... our children, our offspring by taking all the natural resources in order to go on with our consumption-driven lifestyle? Are we really able to live with this so called model of development." 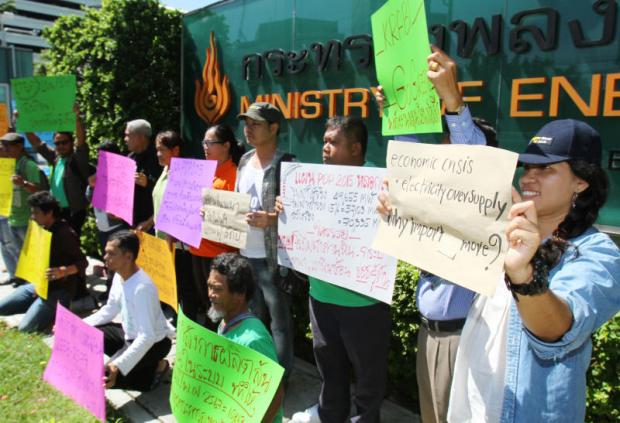 In September, TCJ year joined other NGOs and communities and formed the alliance of 'Network of People Affected by Power Development Plan 2015'. 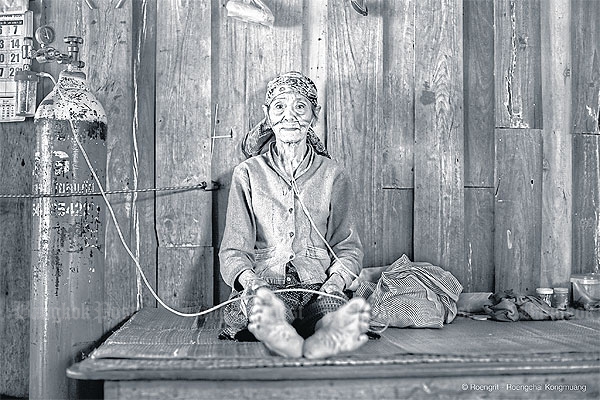 An image from ‘Dark Side Of The City’.

The case of Mae Moh coal-fired power plants are a reminder of how Thai authorities failed to uphold good environmental standards and provide remedies to those who suffered from the consequences.

The mining of Thailand's largest lignite coal deposit began when the Electricity Generating Authority of Thailand (Egat) built three power plants in 1978, and more in subsequent years. Problems started in 1992, when sulphuric content in the air exceeded the acceptable health standards by at least twofold. During the first two decades of operations, the plants were not equipped with Flue-gas Desulfurisation (FGD), the technology used to remove sulphur dioxide from exhaust flue gases of fossil-fuel power plants.

Egat finally installed FGD in half of its 13 power plants in 1998. Now, every unit of every plant has FGD installed.

In 2003, 447 villagers sued Egat. Many plaintiffs subsequently dropped the charges. In February, the Supreme Administrative Court ordered Egat pay compensation of around 25 million baht, plus interest, to 130 plaintiffs. Each of them will receive 20,000-200,000 baht based on the severity of their illnesses. 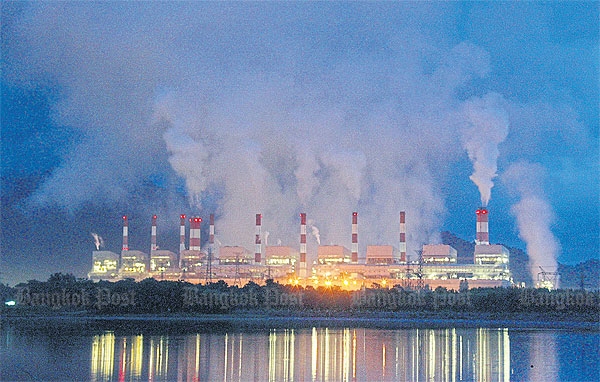 The Mae Moh Power Plant in Lampang is the largest coalfired power plant in Southeast Asia.