In a battle between the two types of cooking fat, it all comes down to which food preparation technique is used

Thais have always been told that vegetables oils, which are mainly used in their kitchen, are healthier than pork lard. According to various medical studies, however, this is not necessarily true. 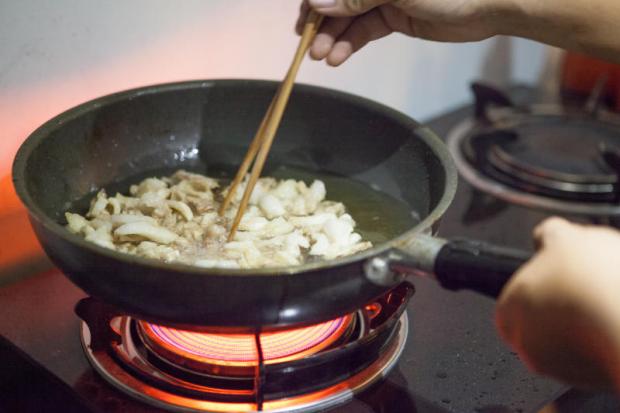 Rendering lard is done by heating up the pork fat slowly.

"Research suggests that certain animal fat is not as detrimental to health as people imagine. Some studies even pinpoint that the consumption of animal fat is safer," said anti-ageing specialist Dr Eknapa Namsirikul.

Recently, reports have been circulating that lard is healthier than vegetable oils, especially soybean oil widely used in Thai households. One cannot help but feel doubtful about such reports as the benefits of vegetable oils over lard has been instilled in our brains since childhood. According to Dr Eknapa, dietitians and medical specialists across the globe have never been of the same opinion when it comes to nutrition because studies on the subject are carried out and published frequently. But latest research shows that lard is a safer bet. 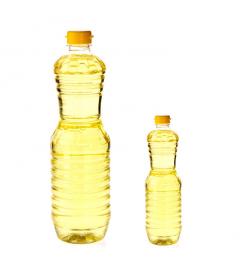 The doctor referred to "The French Paradox" -- the observation of low death rates from heart disease despite a high intake of dietary cholesterol and saturated fat.

"Take the United States, for example. In 1977, the consumption of vegetable oils was encouraged among its consumers and that year, obesity was significantly higher. Also there were no signs of any decrease in coronary artery diseases," she explained.

Chemically speaking, polyunsaturated fatty acids are fatty acids that contain more than one double bond -- a chemical bond between two elements. The more double bonds in the oil, the less stable it is. This means that such an oil turns rancid easily, especially when exposed to high heat. Oils that are unstable are also found to cause free radicals, or substances that damage cells in the body and are likely to cause cancer.

"Soybean oil is higher in polyunsaturated fatty acids than lard, meaning soybean oil also has a higher amount of double bonds when compared to lard. But given soybean oil is widely used, manufacturers choose to add certain chemicals in the production process to stabilise the oil. This added stabiliser is recognised as transfat, which is apparently bad for health," said Dr Eknapa.

On the other hand, lard contains less polyunsaturated fatty acids which means it is more stable, less likely to turn bad and to cause free radicals when exposed to heat. And therefore, there is no need to add any chemical components to make it last longer. "Lard is consequently the best option for cooking with high temperatures, like deep-frying," she noted.

Echoing the similar point of view is Asst Prof Wantanee Kriengsinyos, head of Human Nutrition Division, Mahidol University's Institute of Nutrition, who pointed out that different types of cooking oils are suitable for different types of food preparation methods. However, she says, it is unfair to say this oil is better than that without taking cooking techniques into consideration.

"Of course this is another food trend," said Wantanee, referring to the circulated information about the health benefits of lard over soybean oil.

"But in Thailand, when people are told that something is good [for health], they keep eating it, sometimes too much. Actually when it comes to diets, everything must be balanced."

Wantanee said that Thais opt for more deep-fried and stir-fried food especially when compared to a few decades ago, and therefore, choosing the right kind of oil is paramount.

The chief of Human Nutrition Division also referred to the high amount of polyunsaturated fatty acids in vegetable oils and their unstable chemical structure. When exposed to high heat such as that generated from deep-frying, the oils' structure is easily transformed, releasing cancer-causing free radicals, especially when reused.

For Muslims and people who are vegetarian, Dr Eknapa advised that instead of using lard for cooking, coconut oil is also a good choice. There are also medical studies to back up the benefits of coconut oil.

"Coconut oil also contains Medium Chain Triglyceride, or MCG which, according to medical studies, helps with the nerve system, Alzheimer's and attention deficit disorder," explained Dr Eknapa, who recommended extra virgin olive oil for cooking on low heat as it is rich in Omega-3 and vitamin E.

But for health's sake, both Dr Eknapa and Wantanee advised consumers to eat fried food sparingly.

"Fats contain higher energy than protein," Wantanee said. "There are nine calories in every gramme of fat, regardless of what type of fat it is. Although you don't particularly eat or drink fats, they come with various food you eat in a day. Many times, we get fat intake without realising it."

"Consumers should also avoid a lot of fried food especially if they are not certain of the oil quality," added Dr Eknapa. "Remember when it comes to diets, being natural is always better." 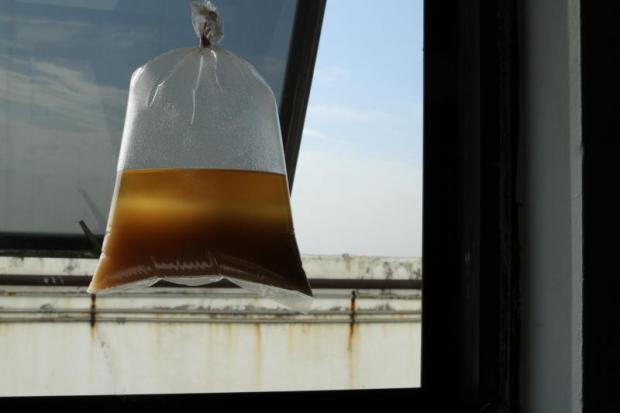