The art of concealing the artist
Life
Social & Lifestyle

The art of concealing the artist

Monsit Khamsoi surprised the country with his new gay-themed song, but his lips are sealed on how true to life it is.

Country singer Monsit Khamsoi invited speculation about his sexuality when he released his new single Am I Wrong? in November. In the ballad, the crooner asked: “Am I wrong to have a heart of a man but desire the tree from the same woods?”

If the lyrics were too coded, Monsit’s choice of outfit fuelled the fan theories that the 51-year-old had come out as gay. While singing the song, he usually dons a glittering purple jacket, a colour associated with gay men in Thailand, and is backed by a group of katoey dancers. Monsit uses his signature vocal range, which made him an unlikely star two decades ago, to convince the audience he is singing his heart out.

Offstage, however, Monsit declined to put the speculation over his sexual preference to rest.

“There is nothing wrong with being gay or whatever. People can be whatever they want,” he said, dodging the question. “I am Monsit Khamsoi, that’s who I am. I sing a katoey song, but it does not mean I want to come out.”

His relationship status yields no clues: he currently lives with his small fluffy dog in a condo in Bangkok. Monsit obviously adores his pet, as he showed photos on his mobile phone to Brunch many times during the interview.

Monsit shot to fame in 1996 with Sang Nang, which translates as “tell my girl”. The song depicts the moment a farm boy is about to leave his sweetheart to work in the city.

The surprise hit catapulted Monsit to fame and his stardom was cemented by a series of luk thung hits that followed. His songs from that era portrayed the singer as a straight, lovelorn man from a rural area.

The overnight success was a long time in the making, as Monsit was rejected by a number of music labels before his big break. The man from the northeastern province of Mukdahan said despite his singing talent, the labels repeatedly “rejected me because of my looks”.

After time on the singing contest circuit, Sure Entertainment signed him and released his first album in 1995.

The first single — called Kai Kwai Chuay Mae or “selling buffalo to help mum” — was a moderate hit and it was his second album with the song Sang Nang which made him a star. Monsit’s average looks and relatability won the hearts of many fans who felt they could identify themselves with him.

He is also an accessible star, happy to mingle with fans after shows and develop lasting connections — during the interview, one fan called his mobile asking for lottery numbers.

There have been ups and downs during Monsit’s two decades in the industry. At the height of his fame, Monsit caused headlines when he fathered a child out of wedlock. While it caused a scandal, the news did not hurt his performing career — his concerts remained popular.

Given his history, no one expected November’s single, the first song he released in six years, to be about a gay man. Penned by Boy Khammarat, the song was originally named Purple Tears. 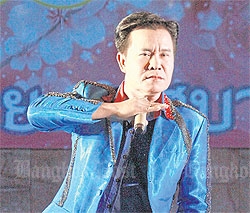 Decades ago, it was taboo for a celebrity to reveal they had a wife or a family, not to mention their sexual preference if they were not heterosexual. This was often for marketing reasons: record label executives or those behind the film and TV industries wanted to create images of desirable singers and actors, which would be undermined if spouses or children were in the picture.

In recent years, however, celebrities and fans alike have become more comfortable about treating performers’ personal matters honestly and focusing on the quality of their work.

A couple of years ago, singer Pongsak “Aof” Rattanaphong decided to come out. He was quoted as saying that, after initial reluctance, he wanted to tell the truth once and for all so he could move on and his fans could concentrate on his music.

Perhaps the most surprising announcement came from Sunny, once a member of Thai boy band U4, who were popular in the 1990s. Once a heartthrob, Sunny, or Yanwarut Sutthawas, publicly came out after undergoing transgender surgery to become a woman. She knew her true gender identity during the band’s successful phase, from 1992 to 1996, but did not reveal it because the fans might not be ready.

Many years after U4 disbanded, Sunny followed her heart and underwent the gender reassignment surgery.

However, country singers seem to have a particular barrier against coming out as gay while their careers are still active.

There are of course suspicions and speculation about a number of country singers, but none have admitted it publicly for fear of hurting their popularity with fans.

“It is not surprising for a male country singer to be gay. It takes the feminine side of the artist to beautifully croon a country song,” said a music label executive who asked not to be named.

“The industry knows who’s who but none have said that publicly,” the executive added.

Thai country singers reach out to their fans by touring to venues such as temple fairs, getting up close and personal with their supporters. Many country singers have a legion of groupies who would put banknotes on the singer’s garlands to show their appreciation whenever they perform. For example, Kott Chakraphan’s good looks and singing talent attracts a large group of female followers.

Asked if he was concerned over fan reaction to a gay song, Monsit said: “Today, music fans understand. They can handle the truth that their idols are normal people. They also have wives and children.”

In reality, though, the music label executive said it is difficult for male Thai country singers to have an open conversation about their sexual preference. “Their fans may not be ready yet,” he said.

Before November, Monsit had not released a single for the previous six years because of the unpredictable economy. But he did not fade away and continued to perform live throughout Thailand. 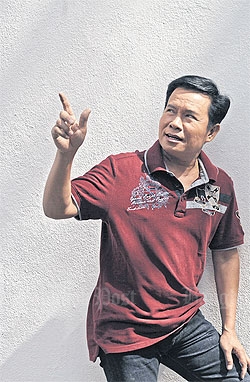 A couple of years ago, he sparked speculation over his sexual preference when he appeared on a TV talk show with a male friend he described as very close.

“We cannot stay away from each other for more than three days,” he said on the show. His friend was not in the music industry. In the following days, several news outlets reported Monsit had come out.

Last year, a producer at Sure Entertainment asked if Monsit wanted to sing a song about a gay man called Am I Wrong? Monsit said: “Of course, I want to sing this song for the third gender.”

Monsit sang the song with katoey dancers to illustrate the theme of the song, in which the singer was in the dilemma of being trapped in a male body. When the song was released in November, the reception did not meet Monsit’s expectations. The number of YouTube viewers in one month was about 50,000, below the debut song of Yae Jatiya, a new country singer for Sure Entertainment, which drew more than 200,000 in the same period.

“I thought it would be a hit like Pleng Sud Tai, but it is not,” he said.

Pleng Sud Tai, or “the last song”, is a powerful ballad released in 1987 as part of the soundtrack to a movie of the same name about a transgender showgirl. While the song was originally sung by a woman, diva Suda Chuenban, it has been massively popular, largely because it poignantly expresses the difficulties of being transgender.

Although Am I Wrong? did not become the sensation Monsit expected, he has some consolation. “Wherever I go, my fans always asked me to sing old songs such as Sang Nang or Open the Wrong Letter. But some began asking me to sing Am I Wrong? So I think it’s OK that I have new fans from this song.”

But don’t expect Monsit to dwell on this controversial topic for long. The singer said he was working on his next song. “I think it will be different. It is likely to be fun with a fast rhythm.” Perhaps, one song has said enough. 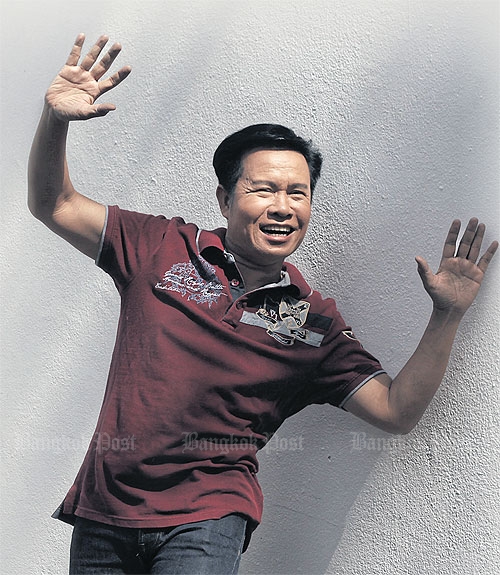