In the heart of the city but set among lush grounds, Nai Lert Park Heritage Home is a fascinating look into a century of Thai history

Nestled in lush green ground in the Chidlom area, Nai Lert Park Heritage Home is a hidden treasure in the heart of the capital. Apart from the architectural beauty of the house, the 14 rai Nai Lert Park has historic importance as Bangkok's first Western-style park that existed even before Lumpini Park was initiated by King Rama VI in 1925. In his day this private property was open for the public to enjoy its tranquil atmosphere.

Nai Lert Park was just reopened as a heritage property last December, and again the public, for an entrance fee, can stroll through its lawns and admire the handsome structure of one of Thailand's historic figures. The house, the centrepiece of the park, was built in 1915 and designed by its owner Phraya Bhakdinorasresth (Lert Sreshthaputra), better known as Nai Lert, as his residence. He lived there with his wife Khunying Sinn and his daughter Thanphuying Lursakdi, who later married Binich Sampatisiri. This family has lived in this house for three generations.

"We don't want to call it a museum, but a heritage home in line with the legacy of my grandmother, Thanphuying Lursakdi, and great-grandfather Nai Lert," said Naphaporn Bodiratnangkura, managing director of Nai Lert Park Heritage Home. "My grandmother never told us to open the house for the public, but we knew her well, that she was a giver and had a strong bond with society and Thailand. She would be proud if this place is appreciated by the public, not just kept and seen by family members."

The project wishes to allow the public to appreciate the property's historical charm. After almost three years of restoration, this house has now returned to its former glamour, its teakwood floors and pillars as well as many broad-leaved trees remaining intact after all these years.

"Nai Lert had a kind heart. He allowed scouts to camp on the ground and permitted disabled children to do activities here. This place has existed since the reign of King Rama VI. Back then there were a lot of trees here, so it was known as Park Nai Lert," added Naphaporn. 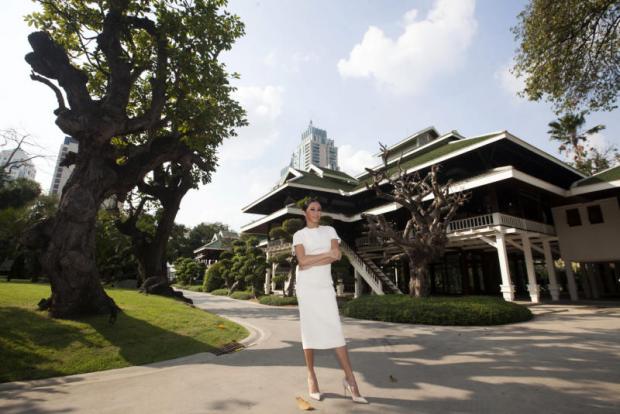 Nai Lert was born on June 22, 1872. His father named him "Lert Samuntao", meaning "unique and excellent". As a young man, he was an entrepreneur, developer, investor and philanthropist. Throughout his life, he had a passion for preserving Thai culture and traditions. King Rama VI made him Phraya Bhakdinorasresth, meaning "beloved millionaire", in 1925.

Naphaporn said she actually learned more about her great-grandfather while preparing for this project.

"I have learned that Nai Lert had a long-term vision. Even if some businesses failed, he would not give up but tried new things related to the old business," said Naphaporn.

Nai Lert's contribution to Thailand included many firsts: he established the country's first ice factory on Charoen Krung Road as well as built the tallest commercial building in 1927. He was among the first to import motor vehicles from Europe and the US. To the early-1900s generation, Nai Lert's name is synonymous with public transport, since he operated the white ferries running in Saen Saeb Canal and he initiated Bangkok's first public bus, widely known as rot mae khao, or white buses. Its first route ran from Pratunam to Si Phraya on Charoen Krung -- and the service lasted almost 70 years, until 1977. Visitors can see some of the original buses at Nai Lert Heritage Home. He also had a walk-in freezer built and imported cheese, whiskey, sausages and ham for sale. From Singapore he brought in bottled lemonade, known to Thais as nam maned, a legendary product. He also opened a bar beside his ice factory, which made the air there cool without the use of air-conditioners. 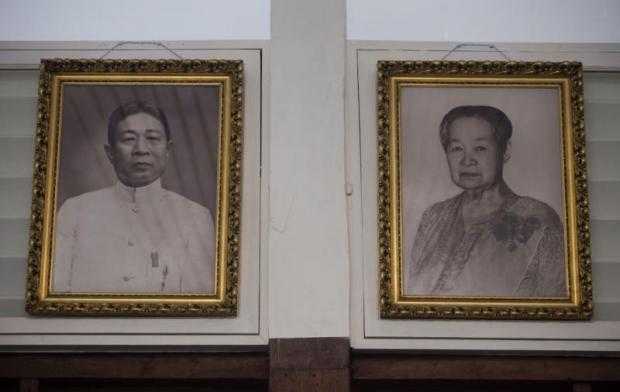 The photos of Nai Lert and Khunying Sinn.

Nai Lert even had his own shipbuilding company which had the capacity to build various sizes of boats, including teak warships for Denmark. However, this business finally had to close down because he had to invest a lot of money first and be paid later for each ship.

"My great-grandfather did many good deeds and brought much development to this country. Therefore, King Rama VI bestowed upon him the title Phraya Bhakdinorasresth," Naphaporn noted proudly.

Nai Lert passed away on Dec 15, 1945, at the end of World War II, leaving his entire business empire to his wife Khunying Sinn and their only daughter Thanphuying Lursakdi. To his family and his contemporaries, Nai Lert was an idol because he typified the "modern man", coupled with his sense of humour, honesty and straightforwardness. He led by example, had a long-term vision, loved to socialise and entertain his guests and took good care of his employees and their families. 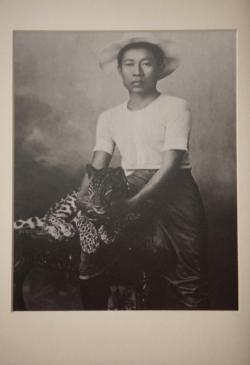 Nai Lert and his pet tiger.

According to Naphaporn, this house in Chidlom represents happiness and laughter of her great-grandparents and grandparents. They loved to host parties and receptions all the time for honourable guests, including foreign royals.

"My great-grandfather loved this home so much. He himself built it of teakwood removed from his old shipyard. This location used to be his White Buses Garage before the business was taken by the state in 1975. This was his weekend home," she said.

Before they moved here, Nai Lert and his wife Khunying Sinn had lived in their house on Charoen Krung Road. Since Khunying Sinn was in frail health, she and Nai Lert often fled pollution to this "weekend home".

"This house was originally an open space, breezy and had no walls. The air here was pure. They came here on weekends. They slept on mats inside anti-mosquito nets, sat on the floor and played takraw. They liked outdoor sports and nature," said Naphaporn.

According to her, the house has influences of traditional architecture and the energy of oldness. It consists of two traditional Thai-style connected houses with hip roofs. In the times of her grandmother, this house was renovated and divided into rooms for practical purposes.

During World War II, 22 bombs landed on this place, which is only 1km from Makkasan Railway Station, a strategic site for Allied bombers. One of the two houses was damaged and turned upside down by a bomb and later rebuilt in 1945, the year Nai Lert passed away.

"Whatever visitors will get from here depends on what they want to know. They can learn about these leading business people, including Thanphuying Lursakdi, who was Thailand's first woman cabinet member [a transport minister]. The architecture or the trees alone are worth admiring," the managing director said. 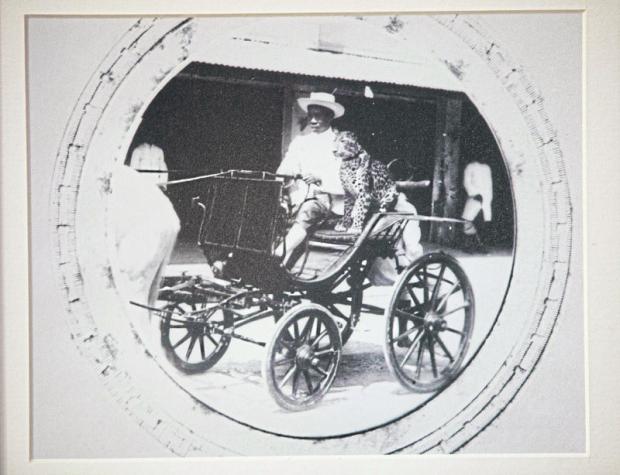 On the grounds of the property, visitors can see the White Bus, the bomb hole-turned-lotus pond, and a number of old trees whose branches are still expanding. Some of the trees are a century old, such as Garcinia bancana (chamuang pa) which had long grown here even before the house was built. Meanwhile the exhibits in the house tell the history of the family and of the social milieu of a century ago: you can see the old title deed, the iconic lemonade bottle, Thanphuying Lursakdi's personal belongings as well as her husband Binich's collection of guns and animal horns, which were amassed when hunting was allowed in Thailand. Nai Lert's collection of books (from novels to dictionaries) are also on display along with his collection of walking sticks.

"My grandmother always taught that a nice place to live does not always come with luxury but simplicity. Likewise, this house is glamorous, simple and easy to access. It is timeless elegance," said Naphaporn.

Nai Lert Park Heritage Home is open to the public every Thursday and Friday. Guided tours start at 11am, 2pm and 4pm. Admission fee is 500 baht per head for Thai residents, 1,000 baht for foreigners and 100 baht for children and students. For private tours and events, email info@nailertparkheritagehome.com or call 02-655-4775/6. 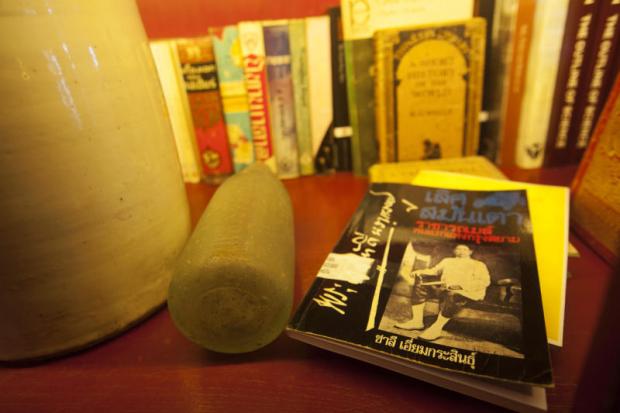 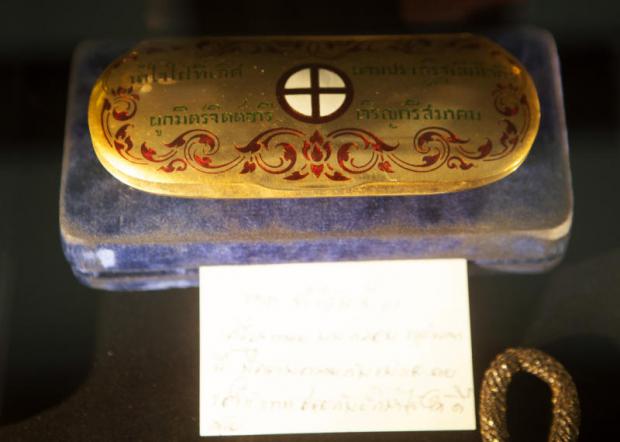 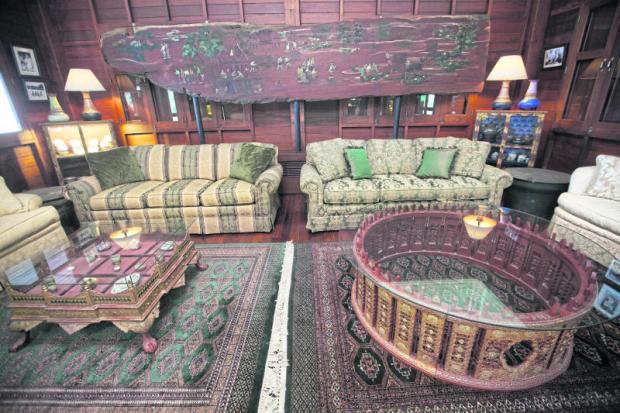 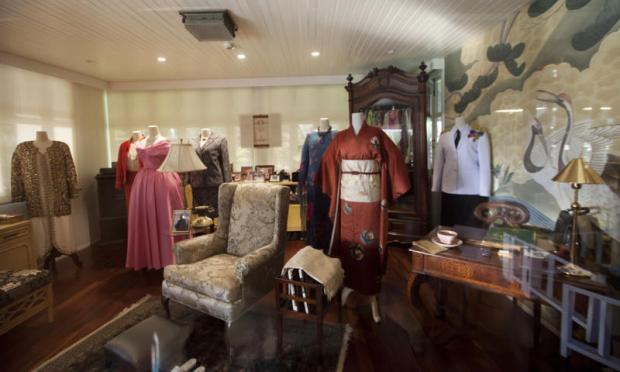 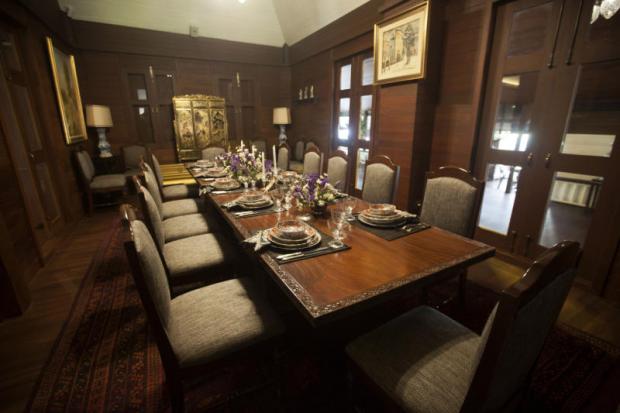 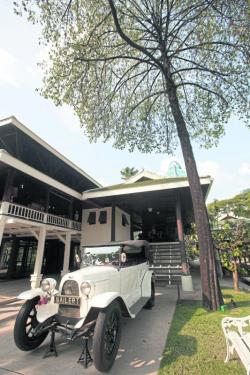 Below Nai Lert's favourite car and the oldest tree in this park. 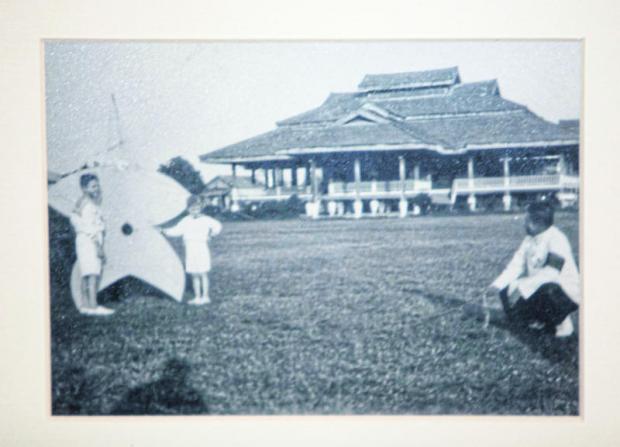 Far left Nai Lert Park in the past. 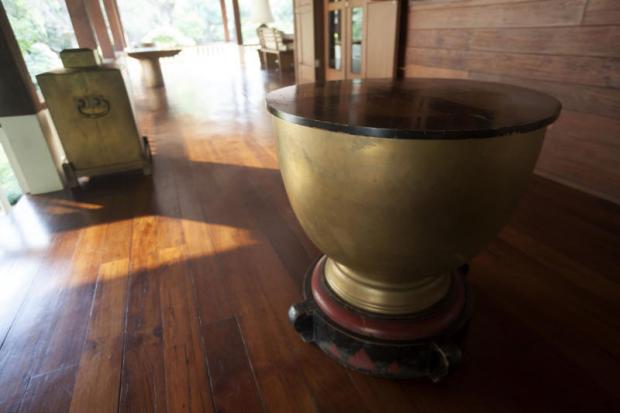 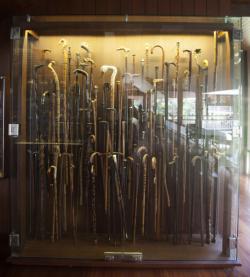 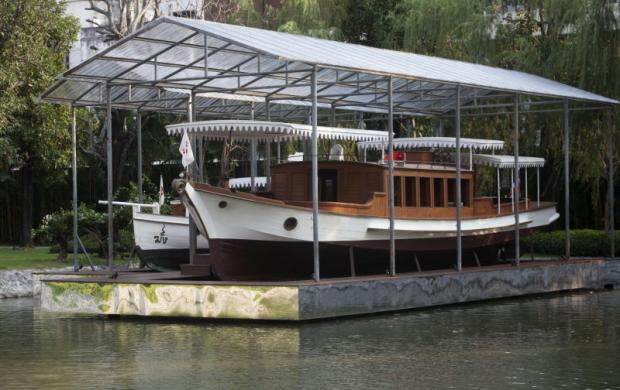 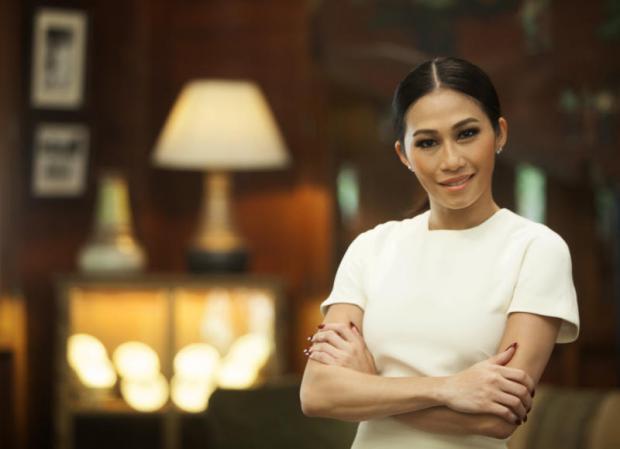