Jeffrey Frankel is Professor of Capital Formation and Growth at Harvard University. 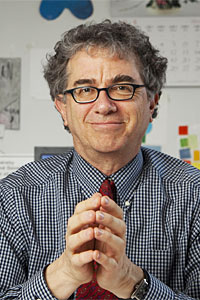 Is a global recession really coming up?

The world's leading economists spent most of 2022 convincing themselves that, if the global economy was not already in a recession, it was about to fall into one. But with the year 2022 end, the global slump has been postponed to the present 2023.

Perhaps the most important task confronting the international order is the enforcement of national limits on greenhouse-gas emissions, such as those that were negotiated in the 2015 Paris agreement. Carbon border adjustments could give these limits teeth, but fair application requires a revived World Trade Organization.

The secret of the greenback's appreciation

Despite rampant inflation and slowing growth, the US dollar keeps going from strength to strength. Since May last year, the greenback has risen by 28% against the yen and 20% against the pound. In addition, it has appreciated 19% against the euro, reaching parity for the first time since 2002.

International trade: Is it a help or a hindrance?

Leading economies have been afflicted with new problems over the past year. The United States is struggling with both supply-chain blockages and a critical shortage of baby formula. The European Union faces the threat of scarce energy supplies, owing to sanctions on Russian fossil-fuel exports. And almost all countries are experiencing high inflation.

The US dollar is up 12% against the euro over the past year and, at €0.93 (34.22 baht), is approaching parity. If prices of oil and other commodities now seem high in dollar terms, they look even higher in euros. With the greenback surging, and inflation in many countries currently at multi-decade highs, we may be entering so-called "reverse currency wars" -- in which countries compete to strengthen their currencies' foreign-exchange values.

In 1955, then-US Federal Reserve chair William McChesney Martin famously said that the Fed's job was to take away the punch bowl "just when the party was really warming up", rather than waiting until the revellers were drunk and raucous. Decades later, in the aftermath of 1970s inflation, it became an article of faith among monetary policymakers that they should not wait until elevated inflation showed its face before reining in an overheating economy. Today, with inflation surging, they are developing a renewed appreciation for the punch-bowl metaphor.

El Salvador this month became the first country to adopt a cryptocurrency -- in this case, Bitcoin -- as legal tender. I say the first, because others might follow. But they should think twice, because the idea is highly dubious -- and likely to be economically dangerous for developing countries in particular.

Finance ministers, central bank governors, and political leaders are hard at work preparing for the 2021 G20 Heads of State and Government Summit in Rome on Oct 30-31. With the Covid-19 pandemic stretching well into its second year, the meeting will come at a time of heightened uncertainty about public health and the global economy. And though the mechanisms of international cooperation have been weakened by the pandemic and remain bruised by former US President Donald Trump's legacy, they are more important than ever.

Good statistics are crucial amid the pandemic

'There are three kinds of lies," Mark Twain famously wrote. "Lies, damned lies, and statistics." Too often, the Covid-19 crisis has lent support to the suspicions Twain's bon mot expresses.

US President Donald Trump and the Covid-19 pandemic dominated the news headlines in 2020. Three terms, in particular, came to symbolise the year: "witch hunt", "black swan" and "exponential".