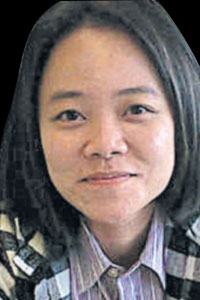 Only two months in and it seems the world in 2020 is nearer to doomsday than ever before.

This time, it's serious

In 1950, the world had a population of 2.5 billion. They produced roughly 1.5 million tonnes of plastic each year, according to Surfers Against Sewage, one of the United Kingdom’s most active environmental charities.

When the carrot works more than the stick

If Marium, the famous eight-month-old orphaned dugong, was able to speak, she might ask what she had done to deserve being fed all that plastic.

After a verse about fresh nuts sold at a floating market in Thailand -- yet sung by the world's darling chipmunk brothers Chip and Dale -- took social media by storm, people started to share comments about how they could not get the music out of their head.

Show them the way

It's something of a surprise that, until now, the United Nations has never released a recommendation on physical activity for children under the age of five. Now, at least, the international agency realises that it is important to have proper guidelines for little ones who, after all, represent the future of our planet.

In the Netflix original series Kingdom, the virtuous crown prince Lee Chang gallops off to a faraway land in search of an ancient doctor to help him unravel the mysterious circumstances of his father's death. Meanwhile, a wicked nobleman tries to resurrect the king for his own nefarious purposes. But in so doing, he turns the dead king into a bloodthirsty zombie. And we all know what a zombie bite does to its victim. A zombie plague ensues, spreading throughout the land.

The price of prejudice

Luxury fashion house Dolce & Gabbana made an irreversible mistake with its racist mishaps just recently when they posted a series of short video advertisements on social media that made fun of Chinese culture. The videos enraged the entirety of China simply because the fashion powerhouse stereotyped people from different racial backgrounds.

The high price of delusion

For almost three weeks, we have been hearing a string of updates about 40-year-old Surasit Palasak, who was charged with the rape of a 17-year-old girl. This is not a straightforward rape case, by the way, because Surasit, a native of Si Sa Ket province, has claimed to be spirit medium of Fiery-Eye Hermit. A surprise twist here is that Surasit has suffered from polio since birth, at least according to his mother.

The government has put waste management on the national agenda and 20 state agencies have pledged their support.