Gwynne Dyer is an independent journalist whose articles are published in 45 countries. His new book is 'Growing Pains: The Future of Democracy (and Work)'. 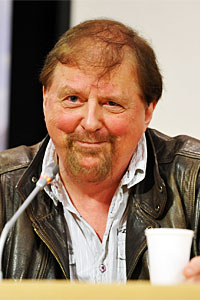 Italy: The hard right nears the reins of power

There's an election in Italy this Sunday, almost exactly 100 years after Benito Mussolini's "blackshirts" marched on Rome and brought the first fascist dictator to power.

Apocalypse may be just around the corner

Which would be worse: a global nuclear war with all buttons pressed, or real, self-conscious artificial intelligence that goes rogue? You know, the central theme of the Terminator movies.

Two months ago, John Bolton wrote an article in The Hill, the leading politics website in Washington, warning against a Russian "October Surprise". He suggested that Russian President Vladimir Putin might suddenly cease military operations and declare a ceasefire -- which would utterly snooker the Ukrainians.

This is not another pipe-sucking reassessment of Mikhail Gorbachev's failed attempt to democratise the Soviet Union thirty years ago. He wasn't actually trying to do that anyway; he was attempting to save the Soviet Union and Communism by civilising and softening the harsh Bolshevik dictatorship that had prevailed since 1917.

Could Boris Johnson make a comeback?

As a child, outgoing British Prime Minister Boris Johnson reportedly said he wanted to be "King of the World". He ended up in a somewhat humbler role, was rejected by his own party's members of parliament for his mendacity, corruption and incompetence, and will hand over to his successor, Liz Truss, on Monday. But the Fat Lady still hasn't sung.

On Aug 25, the president of Belarus, Alexander Lukashenko, announced that the country's combat aircraft have been "upgraded" by the Russians to carry nuclear weapons, and Belarusian pilots are being trained to deliver them. It got a single paragraph, or no notice at all, on most news sites. Nobody panicked.

What shall we do with climate refugees?

You wait ages for the bus, and then three come along at once. Books are a bit like that, too, although in this case it's only a pair of them, both tackling the question of what to do about all the "climate refugees". (The United Nations' International Organization for Migration estimates that 1.5 billion people may be forced to move in the next thirty years alone.)

'Iam a political observer of the International Eurasianist Movement and an expert in international relations. In this capacity, I appear on Russian, Pakistani, Turkish, Chinese and Indian television channels. The situation in Ukraine is really an example of a clash of civilisations; it can be seen as a clash between globalist and Eurasian civilisation."

Last Tuesday, on the 75th anniversary of Indian independence, Prime Minister Narendra Modi promised to turn India into a developed country within the next 25 years. If all goes well, that could actually come to pass, but it would have to go very well indeed.

Ukraine War a risky game of Mother May I?

'This obviously does not happen because of a thrown butt," said British Defence Minister Ben Wallace. But the Russian Ministry of Defence insisted that the explosions that destroyed at least eight warplanes at Saki Air Base in Russian-occupied Crimea on Aug 9 were due to "a violation of fire safety requirements".