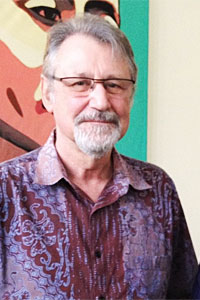 Myanmar is engulfed in a civil war that is growing daily leaving diminishing options available to try to resolve it in what is a growing political impasse. For the past year, since the Myanmar military, or Tatmadaw, seized power, the country has been overwhelmed by violence and mayhem that is continuing to escalate, bringing civilian administration to a standstill throughout the country, disrupting the economy and leaving the majority of its people increasingly in danger of malnutrition and starvation. Hundreds of thousands of civilians have been displaced by the Tatmadaw's military campaigns and face a torrid and uncertain future.

Myanmar's ethnic armies have effectively declared war on the country's military government, increasing the prospect of civil war. In the face of the army's continued violence against civilian protesters -- the death toll is now more than 600 in the last nine weeks -- many of the country's ethnic leaders felt impelled to take drastic action.

Myanmar's elected parliamentarians are openly challenging the country's coup leaders by declaring a parallel civilian government in the next few days. The timing corresponds with the official end of the current elected government of Aung San Suu Kyi. They are also planning to establish a parallel administration throughout the country, challenging the military's coercive structures. One of the key intentions is to challenge the military's legitimacy and credibility internationally and make the country ungovernable.

Myanmar's security forces have unleashed a concerted crackdown on the country's peaceful protesters leaving 23 dead and thousands injured throughout the country in the last two days. In planned pre-emptive strikes, the police moved ruthlessly to disperse and arrest protestors preparing to join yesterday general strike. "They used teargas, stun grenades and fired live ammunition indiscriminately into the crowds," said Soe Soe, a young university student at a protest site told the Bangkok Post.

Millions and millions of protesters swarmed onto the streets throughout Myanmar earlier this week in an overwhelming rejection of the military's seizure of power. Despite dire threats and warnings from the country's coup leader, the army chief Senior General Min Aung Hlaing, marchers thronged the thoroughfares even in small towns to demonstrate their deep support for democracy and their rejection of the coup.

Military wages war on own people

Myanmar's military has declared war on the country's citizens. In the last few days the army has stepped up its campaign of intimidation and harassment. But despite the army's escalation of threats, coercion and arrests, the protesters and their civil disobedience movement -- formed to fight the military coup -- remain defiant and uncowed by the authorities' aggressive bullying. Neither side is showing signs of backing down, increasing fears that the continuing confrontation between the protestors and the security forces will only end badly.

Myanmar's political crisis is deepening rapidly, raising fears of an imminent violent confrontation between the military and pro-democracy protesters. Every day hundreds and thousands continue to demonstrate their refusal to accept the military coup. In the past few days, the military have begun a concerted crackdown: using water cannons, riot police charges and shooting above the crowd's heads to scare them.

Opposition in Myanmar to the coup is escalating daily, as the new military-led regime tries to pacify the business community and quickly return the country to normal. The civil disobedience campaign initiated by the country's health workers is also growing in numbers, affecting hospitals, schools and other government offices. So far, the authorities have been powerless to stem the movement. But as the momentum grows there are increasing fears of a major confrontation between the peaceful protesters and the security forces.

Myanmar's military has seized control of the country after detaining de facto leader Aung San Suu Kyi, President Win Myint and other politicians in a pre-dawn raid yesterday morning. There have been massive detentions in this military round up: all key politicians, the regional chief ministers, the top leadership of the governing National League for Democracy (NLD), most national and local members of parliament, and hundreds of pro-democracy and human rights activists. Little is known about their whereabouts at present, though it appears that the Lady -- as she is known -- is under house arrest. But there are widespread fears about her continued safety and the other detainees.

Behind the scenes efforts are continuing to break Myanmar's political deadlock that threatens the country's democratic transition. Talks between the military and the government started a few days ago -- as tensions on the ground rose and rumours of a military coup grew -- but failed to make any real progress, according to both government and military sources.