Feature writer for the Life section

Suwitcha Chaiyong is a feature writer for the Life section of the Bangkok Post. 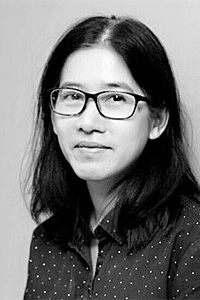 Drunkenness does not equal consent

A couple weeks ago, there was a viral photo which showed four guys taking an unconscious drunk girl into an apartment.

Some weeks ago, a Facebook page shared posts from a closed group of people who believed in urine therapy or urotherapy.

Marine life drowning in a sea of debris

Three Bryde's whales were recently founded dead in the Gulf of Thailand in Samut Prakan, Chumphon and Surat Thani. After autopsies, the director of the Marine and Coastal Resources Research and Development Centre, the Central Gulf of Thailand found that fishing gear and marine debris were among the major causes of death. These endangered species must have come to the surface of the sea to breathe, getting themselves injured by fishing gear such as nets. Marine debris also troubled the whales' digestive systems, causing them to become sick, grow weak and die.

South Korea is one of the most popular destinations for Thais -- both tourists and illegal workers. According to the Ministry of Labour, there are 165,854 Thais living in South Korea, 143,169 of them illegally. Such a large number of illegal workers has caused Korean immigration officers to strictly screen Thai visitors. On April 20, a Facebook user shared a post saying that only five Thai passengers from a low-cost flight could get through Seoul, while the rest were detained for deportation. On the post, many comments blamed illegal workers for causing trouble for those attempting to travel legitimately. An unlawful worker defended himself by saying others didn't have sympathy for his poverty.

Stay ignorant or learn some history

A couple of weeks ago, Pichayapa "Namsai" Natha, a member of BNK48, became a hot topic on social media when she wore a T-shirt bearing the Nazi swastika during a concert rehearsal. Following the ensuing uproar, the singer publicly apologised in tears, admitting she'd made a mistake, and had been ignorant of what the image symbolised.

Voices in the dark

A few weeks ago, a lawyer posted on Facebook, saying she had worked on a case in which an obstetrician was accused of sexually assaulting one of his patients. The lawyer suspected there might be other patients who had been abused by the doctor and urged them to come forward.