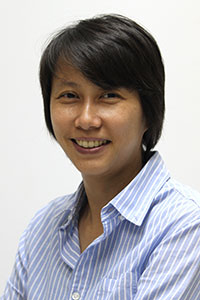 'Don't worry, I already received my first vaccination shot [against Covid-19]. I won't be infected," the taxi driver told me confidently, almost in a carefree manner, when I asked him to put his face-mask on.

Thainess and surf-skating, a safe match?

The "Rattana Go Surf" surf-skating group, with the presence of a woman politician and luminaries who showcased their surf-skating skills on the city streets last Sunday caused a stir. It's no surprise. In contrast to the latest trend of surf-skating in Thailand, Sunday's crowd turned up in traditional Thai attire, while some women also showed up in Thai-style strapless tops and other participants put on royal-patterned shirts. I can only imagine how suffocating it would have been wearing costumes which are obviously not appropriate for sports. Not to mention, several joined the risky sport without protective gear, such as helmets, all while trying to balance themselves on a skateboard, side by side with moving cars and other motorised vehicles.

Pictures of numerous chopped down tree trunks scattered near the walls of Wat Po in the Rattanakosin old town area were shared on social media and immediately triggered public outrage.

Shutting down Hua Lamphong not a bright idea

When was your last train trip to somewhere in Thailand? Maybe in the last decade or two? Or maybe you cannot remember?

The Bangkok Metropolitan Administration's (BMA) plan to raise the Green Line's fare ceiling to the absolute maximum, at over 100 baht, from the original 65 baht, has triggered an avalanche of criticism.

Almost three weeks after the first Covid infection in a Samut Sakhon seafood market was detected, the government still plays the blame game, with migrant workers as a convenient target. Am I surprised?

Singapore has done it again! The island state's hawker culture has finally won Unesco recognition as an Intangible Cultural Heritage of Humanity.

With some phu yai rattled by the campaign for students to wear casual attire launched on Tuesday by the "Bad Students" group, I am glad that we've come to the point where school uniforms may be disposed of. This could be the first time we've had a real discussion about them.

Gimme shelter as we wait for fewer buses

When I saw City Hall calling for new Bangkok bus stop designs, I was excited. The voices of regular people like millions of bus commuters would finally be heard. But when I went through the competition's requirements, I wasn't sure if there was anything worth celebrating.

The decision by the government's competition watchdog to approve the merger of Charoen Pokphand Group and local retail business Tesco Lotus left me speechless.