Researcher at the Democracy Promotion Centre

Sek Sophal is a researcher at the Democracy Promotion Centre, the Ritsumeikan Centre for Asia Pacific Studies in Beppu, Japan. He is also a contributor to The Bangkok Post 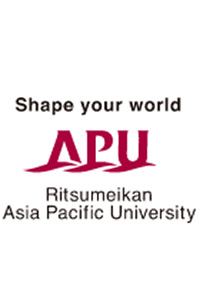 US self-interest behind GSP axe

The suspension of trade preferences for Thailand under the Generalised System of Preferences (GSP) worth US$1.3 billion (42 billion baht) by the US Trade Representative (USTR) was to take place on Saturday.

Outbreak unveils worst side of some Cambodians

It was 1.25am on Saturday, April 16, 2016 when a series of earthquakes hit the city of Kumamoto in the southern part of Japan's Kyushu region. With a main shock of magnitude 7.3, the earthquake was strong enough to shake the city of Beppu in nearby Oita Prefecture. Fearing that my old apartment would collapse, I dashed out to the street barefoot.

The Indian navy just transferred one of its Russian-made Kilo-class diesel-electric attack submarines to the Myanmar navy in late 2019, making it the first submarine ever to be deployed by Myanmar. If there are no technical problems, as Vice Admiral Prachachart Sirisawat, spokesman and deputy chief-of-staff of the Royal Thai Navy (RTN) speculated in early December, Myanmar could have put its newly acquired submarine into action in the Andaman Sea from Dec 24 last year.

Hun Sen is still consolidating his grip over the People's Party, and Europe's attempt to challenge his position will be ineffective.

While Cambodia still claims to adhere to the policy of 'permanent neutrality and non-alignment', its actions speak louder than words.

Japan - one of the most prominent democratic countries in Asia and a key aid donor - spoke up late on the recent election and should showing support for it.

During an official visit to Vietnam this month, US Secretary of State Mike Pompeo cited economic development of the country after the US-Vietnam normalisation as a model that may incentivise North Korea to implement a denuclearisation plan. The claims was only met with doubts.

The name change from US Pacific Command to US Indo-Pacific Command is hotly debated, but is just a continuation of ex-president Obama's 'Asia rebalance'.

Why did a Malaysian buy 'The Phnom Penh Post'?

After the closure of the Cambodia Daily in September last year, The Phnom Penh Post practically became...

Prime Minister Hun Sen has distanced himself from the West to show his 'vassal loyalty' to China in exchange for unconditional economic and political support.