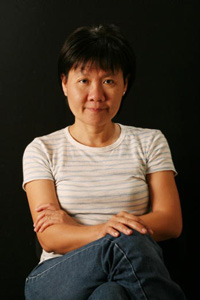 Why get so sour about Madam Choops' sweets?

Call me blasphemous, but my first reaction to the desserts in the shape of Buddha amulets -- now a matter of public frenzy -- was: So what?

When pressured by newshounds last week about another round of PM2.5 dust that has blanketed the capital city and some other provinces for several days in a row, Deputy Prime Minister Prawit Wongsuwon answered, "The government has tackled it all along." Really?

We are seemingly paying a high price for Covid-19 complacency.

Reckless actions endanger us all

As health authorities report a new infection case in Chiang Mai, the public has every reason to be terrified.

Of melody, monkeys and musician

Playing music for monkeys? Some people might not believe that there could be such an activity.

Rise up against shallow patriotism

When a self-proclaimed patriot noticed a student did not stand up for the national anthem during a recent 6pm "flag down" ritual, she became so angry she hit the girl.

Starting today, the parliament will play a crucial role in examining -- amid dimmed hopes -- possible solutions which would allow the country to peacefully exit the political stalemate.

Both sides must give peace a chance

On Wednesday the country narrowly missed a confrontation -- quite possibly violent -- between groups of people with different stances when it comes to the monarchy. But there are no sighs of relief -- just yet.

If you start to feel a sense of relief that justice seems to be back on track in the shameful hit-and-run case involving Vorayuth Yoovidhya, after both prosecutors and police suddenly put the brakes on their attempts to free him, you may well have to think again.

'Boss' case the rule not the exception

Sooner rather than later, we will witness two major state agencies pointing the finger at each other over the infamous hit-and-run case involving Vorayuth "Boss" Yoovidhya, the Red Bull scion. The two agencies are none other than the Royal Thai Police and the Office of Attorney-General (OAG) which is in hot water for dropping a major charge against the man behind the steering wheel of the Ferrari that, in the wee hours of that fateful day on Sept 3, 2012, killed a police officer.