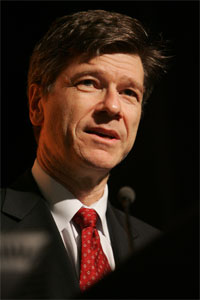 US President Donald Trump has based his foreign policy on a series of harsh economic blockades, each designed to frighten, coerce, and even starve the target country into submitting to American demands. While the practice is less violent than a military attack, and the blockade is through financial means rather than the navy, the consequences are often dire for civilian populations. As such, economic blockades by the United States should be scrutinised by the United Nations Security Council under international law and the UN Charter.

The core purpose of the Nuclear Non-Proliferation Treaty is to reverse the nuclear arms race, not to perpetuate the nuclear monopoly of a few countries.

The White House is in turmoil, Congress paralysed and the world looks on in astonishment with the US unable to manage domestic economics or foreign policy.

US trade and budget imbalances could soon become a ruinous fiscal policy if Mr Trump and congressional Republicans get their way in cutting federal taxes.

The West, especially the United States, bears significant responsibility for creating the conditions in which the Islamic State has flourished.

Gearing up for a low-carbon future

In May 1961, President John F Kennedy stirred America and the world with these words: "I believe that this nation should commit itself to achieving the goal, before this decade is out, of landing a man on the moon and returning him safely to the Earth." Just eight years later, Nasa did just that -- with astounding benefits for science, technology and the world economy.

The United Nations will mark its 70th anniversary when world leaders assemble next month at its headquarters in New York.

Chance to save Greece goes begging

The Greek catastrophe commands the world’s attention for two reasons. First, we are deeply distressed to watch an economy collapse before our eyes, with bread lines and bank queues not seen since the Great Depression. Second, we are appalled by the failure of countless leaders and institutions - national politicians, the European Commission, the International Monetary Fund (IMF), and the European Central Bank (ECB) - to avert a slow-motion train wreck that has played out over many years.

French Prime Minister Manuel Valls was not speaking metaphorically when he said that France is at war with radical Islam. There is, indeed, a fully-fledged war underway, and the heinous terrorist attacks in Paris were part of it. Yet, like most wars, this one is about more than religion, fanaticism, and ideology. It is also about geopolitics, and its ultimate solution lies in geopolitics as well.