Brahma Chellaney, Professor of Strategic Studies at the New Delhi-based Center for Policy Research and Fellow at the Robert Bosch Academy in Berlin, is the author of nine books, including ‘Asian Juggernaut’, ‘Water: Asia’s New Battleground’ and ‘Water, Peace and War: Confronting the Global Water Crisis’. 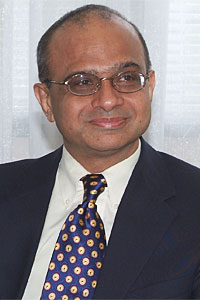 Crippling blow to the global war on terror

The American-led global war on terror, launched 20 years ago after the Sept 11, 2001, attacks against the United States, was already faltering before President Joe Biden took office. Now it may not recover from the blow delivered by Mr Biden's historic blunder in facilitating the Taliban's return to power in Afghanistan. The flag of the world's deadliest terrorists -- responsible for killing over 2,000 US soldiers since 2001 -- flies above Kabul on the 20th anniversary of the 9/11 attacks.

China has turned its contrived historical claims to the South China Sea into reality, despite a 2016 international tribunal's invalidating those claims.

Even if it is too late to force China to respect international rules and human rights, it is never too soon to end China's damaging free ride.

Mr Xi has chosen to pursue an unabashedly aggressive strategy that has many asking whether China is emerging as a new kind of imperialist power.

In the shadows of Everest, China is turning rivers into lakes and canals, creating a global environmental threat by major stripping of Himalayan resources.

Mr Trump's 'America First' and Mr Xi's 'Chinese Dream' are built on the common foundation that they have total latitude to do what's in their own interest.

In the latest Chinese clampdown on a lender, Beijing has forced Sri Lanka to hand over full control of a major port because it couldn't pay back the loan.

By seizing control over water - vital to millions of lives and livelihoods - China can hold another country hostage without firing a single shot.

Trade as a weapon

China may deny mixing business with politics, but it uses trade extensively to punish countries that refuse to toe Beijing's line.

President Xi Jinping's 'Chinese dream' is becoming a world power by 2049, but he may be biting off more than he can chew.