Former governor of the Bank of Thailand

Prasarn Trairatvorakul is former governor of the Bank of Thailand. 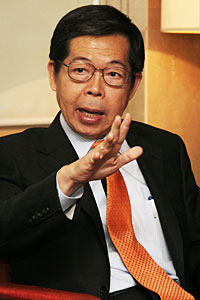 Just like in the US movie <i>The Big Short</i> we are living beyond our means, and must set priorities, meaning a new ethic of responsibility as well.

Over the past two decades, the level of financial integration across countries has increased rapidly.

Economy at a crossroads

The Bank of Thailand is determined to continue exercising prudence, impartiality, and balanced judgements in deliberating monetary policy.

Thailand’s economy derives strength from within

Growth last year of 2.9% disappointed many, as most analysts had been expecting 4% to 5% growth at the beginning of 2013.

The ability to change is crucial for any nation's growth

What happens in emerging markets matter. Together, they account for more than half of the world's GDP. The group of countries known as Bric _ Brazil, Russia, India and China _ has powered global economic growth since the early 2000s [now known as Brics with the inclusion of South Africa in 2010]. By mid-2009, these economies were growing 7 percentage points faster than the G7 economies and contributed around two-thirds of world output growth.

This year, the key challenge for Thailand is weathering the financial and economic turmoil from the euro crisis. More than one year ago, I had the honour of giving a talk here. Some of you who were in attendance may recall that I labelled 2011 the year of rebalancing for monetary policy.

<b>FINANCE</b> For the short term, stability is the key priority in dealing with the fragile and volatile global economy. By the Bank of Thailand Governor

Trust is the cornerstone of the financial industry. But it should also be added that trust alone is not enough.

Getting ready for 'free flow' of opportunities in AEC

Global citizenship is linked to the relationship between an individual and the state. Since we now live in a virtual world connected by technology, today's global relationship should perhaps be better defined as an association with economic opportunities available to an individual, irrespective of physical presence.