Adam Kohut is the sub-editor for Guru magazine of the Bangkok Post. 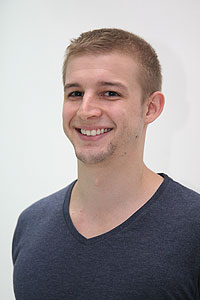 I love food, and I live in Bangkok, and I am young and hip. And my daddy is rich. So I'm going to open a hip restaurant in Bangkok for young people with my rich daddy's money. Now, you must possess passion. Luckily, passion I have in droves! If I were a plant, my friends tell me, I'd be a passion fruit tree. Imagine that! That's how much I love food! I might even venture as far as to call myself a highfalutin gourmandiser.

Do not discount the expatriate

Prime Minister Prayut Chan-o-cha this week addressed the UN General Assembly in New York. What do you think was going through his mind as he spoke? Was he nervous? What was his pulse rate?

It's not terrorism we fear

To live abroad is to surrender your right to an opinion. It is the firm price of admission.

This is no time for nationalism

Tragedy is a strange, contradictory thing. It breaks and it binds. It destroys and it builds. It opens and it closes. When an earthquake, or a storm, or a man's gun, or a bomb takes human lives, there is first anger, sadness, confusion. There is fear. There is grief. There is great pain. But this is followed by a period of mourning, and then of consolation, of comfort, of determination and of strength.

Notes from a big country

On the second night of my trip home, my family celebrated my father's birthday at a large seafood restaurant, one link in a chain of locations scattered across the southern United States. My younger brother, Gatlin, who is 11, ordered something called the "Mixed Seafood Grill". What arrived, half-an-hour later, carried in by a waiter lurching under its horrific weight, can only be described as nautical holocaust. Heaped on a platter the size of a manhole cover were enormous chunks of fish, scallops you could use as hockey pucks, shrimp that could be worn as bracelets.

Live abroad for long enough and you start to lose touch. The things you took for granted back home - your friends, your family, your Shih Tzu - start to become relics of a faded reality. You are absent for birthdays, anniversaries, Christmases. Your loved ones wrinkle and shrink as they are dragged behind time's insectile scuttle.

Cycling's just to die for

On Sunday morning, I woke up and decided to go for a bike ride.

In my high school history class, when we couldn't avoid paying attention any longer, we would half-heartedly thumb through battered textbooks with broken spines, turning pages so stained with oil from generations of hands that they had become translucent as fast-food burger wrappers.

Off colour - a Texan in Thailand

My boss, an Irishman named Chris, is fond of telling me that I come from "the land of gleaming white teeth and expressing yourself". He's not far off. My father is a dentist and my sister Amanda, a cheerleader throughout high school, is now a social emotional counsellor who works with children.