A sugar tax is not the answer to obesity
Opinion

A sugar tax is not the answer to obesity 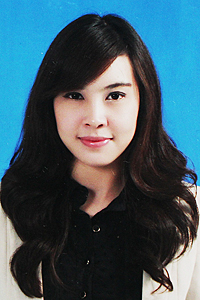 The cost of soft drinks will rise soon because of government plans to raise the tax on sweetened beverages, which it will try to sell as a health measure. (Photo by Pattarachai Preechapanich)

A government plan to impose a tax on sugary drinks, as a price mechanism to lead people to cut back on consuming sweetened beverages and reduce the health risks posed by unhealthy dietary habits, may not be helpful if implemented as a stand-alone measure.

Under the proposal, adopted by the National Reform Steering Assembly, the retail prices of drinks with high sugar content will be boosted by a new excise tax. As a result, it may force some people to opt for healthy, less sugary beverages and thus reduce health risks.

As research studies have suggested, sugary drinks and unhealthy dietary habits have become the major causes of obesity for a large number of Thais over the past years and the trend is increasing. During the past two decades, the percentage of overweight Thais has increased to 34.7% from its lowest point at 17.2%, while there has been a three-fold rise in the number of people with obesity. "Overweight" is measured by the body mass index (BMI), calculated from a combination of height and weight, of 25 or over, while "obesity" is consists of a BMI of 30 or more.

A cut in consumption of high-calorie foods that include added sugar is the best way for one to tackle obesity. During the past 30 years, Thailand has experienced a three-fold increase in the percentage of sugar consumption. Today, our average daily sugar intake per person stands at 16 teaspoons -- about three-fold higher than the amount recommended by the World Health Organisation.

In Thailand, the prevalence of obesity in women is higher than that in men. Obesity is also most prevalent in Bangkok and the central region. Given such a stark reality, there is reason for relevant government agencies to take action to address the situation.

Taxing sugary drinks has been a popular solution in many countries. Under the NRSA's proposal, there will be two types of taxation -- one for drinks with sugar content between 6 and 10 grammes per 100 millilitre and another for total sugar content above 10 grammes per 100 millilitre. The retail price of the former, as a result, will be increased by 20% and that of the latter will go up 25%.

However, it is still up for debate whether the measure will lower sugar consumption among Thais. In general, it is believed that such measures should reduce health risks such as obesity and diabetes. My research, however, suggests otherwise -- the price increases will not curb excessive drinking of sugary beverages. Changing such a formulated consumption habit takes time and requires other supportive measures.

Many other studies suggest that food consumption is a matter of habit formation. When a person has repeatedly consumed a particular type of food or drink over time, it will become his or her current dietary habit.

Factoring in dynamic demand for food can also help one better analyse what sort of impact this tax increase can have.

Let's take a look at related findings in my research which indicate that excessive sugar consumption among Thais is also a result of their habit formation. Such a habit is more prevalent among population groups with higher incomes and urban people.

Income and education are also the key factors. Households with higher incomes have a tendency to spend more on sweetened beverages. People with higher education levels, however, are among those who are less addicted to sugary drinks.

My study also indicates that price elasticity of demand, which measures the responsiveness of demand to changes in price, for sugary drinks among Thais is -0.776. This means if the retail price is increased by 1%, demand for the product will go down by approximately 0.78%, less than the percentage of the price increase. For specific groups of consumers -- high-income and urban populations -- price elasticity of demand is even lower than the average point, standing at only -0.385 and -0.73, respectively.

In layman's terms, higher prices of sweetened drinks will not dramatically change the dietary habits of those who have excessively and habitually consumed the beverages.

According to my research, the projected retail price increase of 20% in the short-term will lower the sugar consumption of the average Thai by 2.122 grammes per day or 8.842% of the recommended daily sugar intake. In the long term, it will cut the daily intake by 2.562 grammes or 10.678% of the recommended amount.

The findings suggest that the tax measure may not be the right solution to tackle obesity because it will not drastically change the dietary habits of consumers. In the end, the measure will not reduce public health expenditure required for the care and treatment of people with illnesses related to poor dietary habits like obesity and diabetes. The tax will not bring about a significant change to the increasing numbers of overweight and obese Thais.

A definite success of the tax measure is the increase in the government's revenue. The state should use such income to raise public awareness on health risks associated with excessive sugar intake in order to gradually change consumers' formed dietary habits and help them better look after their health.

Chayada Bhadrakom, PhD, is a lecturer at the Department of Agricultural and Resource Economics, Kasetsart University's Faculty of Economics.

Chayada Bhadrakom, PhD, is a lecturer at the Department of Agricultural and Resource Economics, Kasetsart University's Faculty of Economics.