Coming to grips with Venezuela
Opinion

Coming to grips with Venezuela 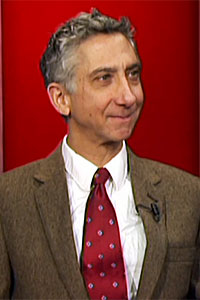 At least on paper, both Europe and the Americas seem equally committed to being democracies-only clubs, willing to defend and preserve the rule of law in member nations. In practice, however, it may be unfair to compare the perplexing web of regional Latin American organisations with the European Union. The juxtaposition of the EU's recent statement of concern over the rule of law in Poland and the long-overdue response by Latin American and Caribbean governments to the decades-long political crisis festering in Venezuela is a striking case in point.

On June 1, after more than five months of discussion with the Polish government elected in October 2015, the European Commission issued an opinion expressing its concerns over the new conservative government's packing of the country's constitutional tribunal and changes to the public broadcasting law.

Compared with Venezuela, which has suffered from a steady two-decade-long erosion of its democratic checks and balances, Poland's peccadilloes are pretty small stuff. Since his assumption of the presidency in 1999, former president Hugo Chavez and then his handpicked successor Nicolas Maduro (elected with a slim 1.5% margin in 2013 after Chavez died from cancer) have diminished democratic institutions, politicised the state, harassed and imprisoned political opponents, and closed down independent media.

There appeared a slight ray of hope in December 2015 when the unified opposition bloc -- defying a biased electoral system -- won what appeared to be a super majority of two-thirds of the National Assembly.

The hope, though, was short lived. Before the new legislature could be seated, the pro-government electoral commission refused to accept the victories of the deputies from Amazonas province (three of whom were opposition and one Chavista), alleging pre-electoral violations, thus denying the opposition its super majority.

The only constitutional means of resolving the country's deep polarisation and the unpopularity of the government is a recall referendum triggered by 20% of voters. Earlier this year, citizens collected several million signatures requesting such a referendum. The effort, though, has been mocked by the president and vice-president and the decision of whether to allow citizens to continue to collect more signatures is in the hands of the solidly pro-government electoral commission (the Comision National Electoral).

Venezuela's slide into authoritarianism has elicited hardly a collective peep from the region's many multilateral organisations, almost all of them purporting to defend democracy and human rights. In fact, Latin America and the Caribbean may have the distinction of being the most heavily networked, multilateralised, summit-oriented region in the world. There's the 70 year-old Organisation of American States (OAS) and its Inter-American system of human rights; the Southern Cone Common Market; and the more recent creations of the Union of South American Republics, and the Community of Latin American and Caribbean States -- all of which count Venezuela as a member, and are supposedly committed to defending and protecting democracy and human rights.

Not long ago the OAS established a series of unambiguous resolutions to safeguard democracy on the continent. The first, Resolution 1080, adopted in 1991, committed the organisation to convene its permanent council in the event of an interruption of the constitutional order (read: a coup) for a country's possible suspension from the organisation, and the imposition of sanctions by the other member states.

Over time it became clear that the greatest threat to democracy in the Americas was no longer the old bugaboo of military coups but the erosion of democracy from within -- of elected presidents steamrolling the checks and balances of power, intimidating free media, and shutting out opponents. In response, in 2001 the OAS approved the Democratic Charter, recommitting the regional body to the same steps as Resolution 1080, but this time defining democracy as representative democracy and detailing the set of transgressions, such as an attack on freedoms of the press, that violated representative democracy.

Problem was, the lines are fuzzy. When do media regulations, for instance, cross the line justifying collective action? Until now the charter has only been invoked in cases of the removal of presidents.

The emergence of leftist governments across the region, elected after Chavez in Brazil, Argentina, Chile, Bolivia, and elsewhere on the continent, also added a solid bloc of support for Venezuela's "Bolivarian" government within the OAS and other multinational bodies.

When there were any rumblings of concern over the situation in Venezuela or the need for credible election monitors, Chavez, Maduro, and their allies in the region immediately raised the flag of national sovereignty and accused critics of being interventionists doing the bidding of the gringos. Nothing meaningful, therefore, has ever been done by the OAS to raise concerns about the democratic deterioration in Venezuela.

That is until now. Political changes throughout the region -- the election of a conservative president in Argentina eager to redirect his country's foreign policy away from Caracas and closer to Washington, as well as the crisis within Brazil's ruling Labour Party -- have undercut regional support, and tolerance, for Venezuela's anti-democratic antics.

At the OAS, meanwhile, a more aggressive secretary-general, Uruguay's former foreign minister Luis Almagro, has also begun to speak out.

In the lead up to Venezuela's 2015 legislative elections, Mr Almagro raised his voice over allegations of voter intimidation and vote-buying. His concerns provoked the usual name-calling by Mr Maduro (who referred to him as "trash").

Ultimately, it will be Venezuela's neighbours that will have to deal with the inevitable chaotic aftermath of this period. But imagine what could have been if they, like the EU's actions regarding Poland, had started challenging Venezuela early on over its rule-of-law distress signals. © 2016 Zocalo Public Square

Christopher Sabatini is lecturer of international policy, School of International and Public Affairs at Columbia University and executive director at Global Americans.

Christopher Sabatini is lecturer of international policy, School of International and Public Affairs at Columbia University and executive director at Global Americans.