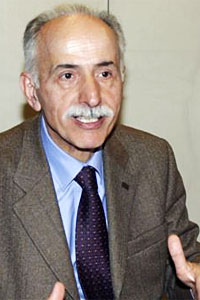 The vote is scheduled for Wednesday (Thailand time) on whether Thailand or Kazakhstan wins a two-year seat on the UN Security Council. (Photo via UN press office)

On Tuesday, the United Nations (UN) General Assembly is to vote for five new countries to serve as part of the UN Security Council's 10 non-permanent members during its 70th session in New York. Thailand is competing with Kazakhstan to replace Malaysia in the Asia-Pacific seat.

Thailand’s international reputation has been severely damaged by the 22 May 2014 military coup. Since then, the despotic actions of the ruling military junta, the National Council for Peace and Order (NCPO), and its leader, General Prayuth Chan-o-cha, have resulted in a string of international setbacks and embarrassments for the country.

Routinely chastised by the European Union, the United States, and other countries over human rights violations, Thailand has been progressively relegated to the bottom - or near the bottom - of international indexes and rankings that measure countries’ respect for civil and political rights.

In May 2014 and June 2015 respectively, two UN committees slammed Thailand’s failure to comply with its international obligations under the Convention Against Torture and the International Covenant on Economic, Social and Cultural Rights.

In October 2014, Thailand failed to secure a seat on the UN Human Rights Council. The fact that it lost the election to Qatar, a country with a highly questionable human rights record, speaks for itself.

Truth be told, Kazakhstan’s human rights record is, by no means, better than Thailand’s. The country’s freedom of expression, assembly, association, and religion remain heavily restricted under the authoritarian President Nursultan Nazarbayev, who has ruled Kazakhstan since its independence in 1991.

Sadly, human rights considerations have never been a decisive factor in the election of Security Council members. The UN Charter’s criteria for the election of non-permanent members, in its Article 23, provides that due regard should be paid “in the first instance to the contribution of Members of the United Nations to the maintenance of international peace and security.”

In the aide-memoire for its candidature to the UN Security Council seat, Thailand has stressed the importance of a comprehensive approach towards the issues of “peace and security, development, and human rights.” If elected to the council, Thailand has pledged to work with the international community and regional bodies “to achieve sustainable peace and development and the promotion of human rights worldwide.”

Thailand’s ability to honor these commitments remains dubious. Under the NCPO, the maintenance of “peace” has come at the price of a significant erosion of key civil and political rights. In the NCPO’s eyes, peace and the promotion of human rights are mutually exclusive concepts, not parts of the same equation.

In its aide-memoire, Thailand also stressed its commitment to helping refugees and IDPs in the region, as it has “hosted more than a million over the past three decades.” Despite these laudable pledges, the reality is that in recent years the Kingdom, once a safe haven for political dissidents and individuals fleeing conflict and persecution, has turned itself into an increasingly hostile territory. Thai authorities have pushed back or deported Rohingya, Hmong, and Uyghur refugees and asylum seekers to their country of origin where they face persecution and discrimination. Chinese dissidents no longer feel safe in Thailand. Just recently, several Chinese dissidents were arrested or disappeared only to re-appear in the custody of authorities in China. In addition, Thailand is yet to ratify the Convention Relating to the Status of Refugees and its 1967 Protocol and, at its last UPR, did not accept key recommendations on the protection of migrants and asylum seekers.

Thailand’s failure to be elected to the UN Security Council will send a clear message to the NCPO that it must quickly return the country to a democratically elected civilian government and respect its international human rights obligations if it does not want to see Thailand’s international standing further compromised.

Conversely, Thailand’s successful Security Council bid may embolden the junta to continue its repressive policies, its disregard for human rights, and a further delay of the return to democracy. This could have an insidious effect on the fragile situation of democracy and human rights among Thailand’s regional neighbors. A situation that is far removed from Thailand’s stated objective of promoting human rights worldwide.

Karim Lahidji is the President of FIDH -- International Federation for Human Rights.

Karim Lahidji is the President of FIDH -- International Federation for Human Rights.