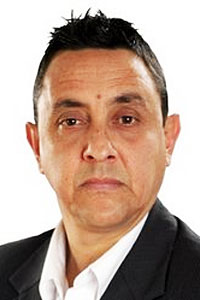 While it may always be best to be prudent when commenting on the domestic affairs of another country, there are times when issues become far too important to stand silently by and politely observe such custom -- the current debate on laws governing methamphetamine use in Thailand is one of those occasions.

Drug policy is a dynamic and complex arena and for too long countries have overly focused on investments in law enforcement agencies to address drug use. Whilst no one denies the importance and legitimacy of law enforcement agencies, its lead role in the drug area is an approach that does little to help everyday people and families. Instead, it increases the likelihood of families becoming collateral damage in an ever harmful war on drugs. Nearly all countries agree that arresting and imprisoning people who use drugs has terrible consequences yet when discussion turns to evidence based reform there is little progress and movement towards a health based response and leadership on the issue.

The courage of Prime Minister Prayut Chan-o-cha's government to publicly discuss what many know is the failure of the current policy approach needs support, not silence, from those that analyse, evaluate and understand the evidence. Those in senior positions in Thailand have rightly commented on the value provided by treatment and health centred approaches when compared to the current approach of punishment and prison.

Thailand, like most countries, including Australia, suffer from what can be best termed a "Frankenstein Factor" (with apologies to Mary Shelley). This is a factor that occurs as a result of the campaigns that make the public ever fearful of drug use and the people using drugs. Unfortunately it also has to be said that far too many politicians around the world have supported these fear campaigns because it suits their immediate political interests. However, it is an approach based on the false premise that any drug use is bad, problematic and somehow evil, when the reality is that problems only occur for a relative few, and for many of these people treatment can be a viable and effective option. 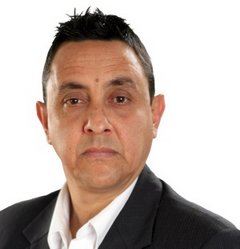 Today this Frankenstein like monster we created wreaks its vengeance on society by unleashing a series of health, social and economic disasters. Our prisons overflow, corruption is rife and harm is widespread. Yet to admit that the monster is our own creation is a decision that becomes too difficult for many politicians and so the ever escalating problems continue. Like any war, the frontline is littered with bodies, broken dreams and distraught families and as always happens, truth also becomes a casualty. Just as occurs in the tale of Frankenstein, the longer we wait to confront the monster then the harder it becomes for the public to accept the real truth.

The first step to solving a problem is admitting there is one. So together we must realise that the real problem is not the use of drugs, it is the fear and the subsequent belief we created that the criminal justice system is the answer.

To counter this Frankenstein Factor, all national governments must embark on a public education campaign to help the public understand that the current approach to punish every drug user is not only extremely costly but is also ineffective and destroys many lives and families.

Part of the reason that so many people in Australia and around the world look at Thailand with such admiration is the incredible level of compassion and tolerance its people show. A remarkable trait that has undoubtedly led to the calls from some for a response to drug use that is more humane, compassionate and stops treating drug users as criminals. The burgeoning prison population, especially amongst women, has also surely made many Thais uncomfortable with the continuation of this punitive approach towards people who use drugs. Thailand with its strong commitment to develop a comprehensive community based and voluntary treatment system with a skilled workforce presents a far better option.

A drug-free world may be a nice ideal but it should never be sought on the back of demonising people with complex social problems or ruining lives because some choose to use drugs at some points in their life's journey.

Portugal, which opted for a shift to a health-led response to drug use, provides important lessons. The new approach did not destroy the lives of everyday Portuguese people, in fact the freeing up of resources from bloated law enforcement budgets and overwhelmed court and prison systems provided more for education, treatment and economic programmes.

Confronting Frankenstein will not solve all of our drug problems. There will still be problems, but to treat everyone who uses drugs as a threat to society is simply inhumane. Imagine the outcry if governments decreed everyone who drinks alcohol had to be punished as if they were a drunk driver, a domestic violence perpetrator or a criminal because others who drink engaged in those behaviours.

Countries are looking on at this debate and many are hoping that Thailand becomes the leader we know it can be on this issue.