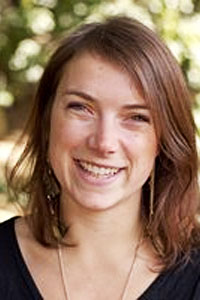 The Don Sahong Dam on the lower Mekong next to Cambodia is designed to block a channel of the river popular with Cambodian fishermen. (Photo courtesy: Kate Ross)

'If we cannot fish, what will we do?' asked one elderly woman, as she stood looking out over the Mekong River, in Siphandone, southern Laos. This is a question that is increasingly echoed by many whose lives have, for generations, centred around the river's abundance of fish, their migration routes and cycles; a way of life which may be on the brink of drastic change as a result of construction of the Don Sahong Dam.

Construction of the 260MW Don Sahong Dam across the Hou Sahong channel of the Mekong River officially began in January following the groundbreaking held by the government of Laos. Temporary cofferdams now block the channel at the upper and lower ends, meaning that water is no longer passing through. Trucks and bulldozers can be clearly seen passing over the dam from the Cambodian beach opposite.

Siphandone is described as a microcosm of the Mekong, in reference to the rich aquatic biodiversity and wide variety of fish that migrate through nearby channels. The Hou Sahong channel has long been recognised as a critical channel for year-round fish migration throughout the region. But Siphandone is also emblematic of the larger Mekong River in other ways: in the inter-connectivity between communities and the river. Life in Siphandone is entwined with the river. What happens in one location, or along one channel, therefore affects the entire area. Just as what happens in one part of the Mekong River will impact the entire river and ecosystem. 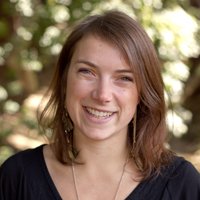 This period of the year is critical for fisherfolk in the Mekong. In Siphandone, families depend on the increasing fish catch that coincides with the start of the rainy season for a large portion of their annual income. Many plan to use the money to pay off loans made earlier in the year, to fix boats and fish traps or to send their children to school. For these communities there has been no talk of compensation due to construction of the Don Sahong Dam, and no presentation of alternatives if fishing is no longer a sufficient option to sustain their livelihoods. The same is true for communities upstream and downstream of the dam.

The construction of the Don Sahong Dam has brought a widespread feeling of uncertainty as to what the future holds, particularly for fishing communities. A feeling that is exacerbated by the lack of transparency and limited public information surrounding the project.

There has been little information shared publicly since the end of the first six months of the Mekong River Commission's (MRC) Prior Consultation Process in January 2015. The governments of Cambodia, Thailand and Vietnam each submitted formal concerns about the Don Sahong Dam, which included requests for further studies of transboundary impacts and evidence to support the proposed mitigation measures, particularly for fish migration. However there has been no indication of how concerns raised by Mekong governments have been addressed, or whether the requested studies have been conducted.

The MRC Secretariat prepared a Technical Review as part of the Prior Consultation process, in which the reviewers also concluded that the project's Environmental Impact Assessment did little to reduce the uncertainties surrounding the impacts of the dam, in particular on fish migration, and socio-economic consequences.

Despite no resolution to the Prior Consultation process, and concerns raised by Mekong governments, key project agreements, including the Concession Agreement and Power Purchase Agreement were signed. Now construction appears to be well under way. The more construction progresses the more difficult it becomes to understand how the many unanswered concerns will be resolved.

For example, what if the proposed mitigation measures, including the alternate channels intended to allow the same level of fish migration as the Hou Sahong channel, are not successful, as many experts have warned? Who will take responsibility? And how will the project be adapted without impacting the terms of agreement for operation of the dam?

The impacts of the Don Sahong Dam have implications for the entire river basin. It is also one more project -- following the Xayaburi Dam -- in the cascade of planned dams on the lower Mekong River, which studies have shown will irreversibly alter the landscape, and the traditional lives of communities.

There is an urgent need for Mekong governments and project developers to re-think the trajectory of dam building in the region, along with the process for decision-making and development of these projects. Addressing the ongoing concerns and lack of transparency surrounding the Don Sahong Dam would be an important step towards doing this.