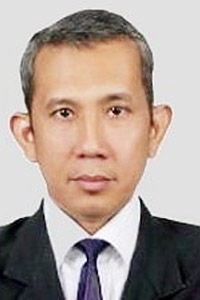 China conducts frequent military patrols and exercises in the South China Sea. According to the official press, this one lasted two weeks and included two guided missile destroyers, two missile frigates, a supply ship and shipboard helicopters. (Photo via English.sina.com)

For the last few years, China has been undertaking reclamation of its occupied maritime features in some segments of the South China Sea.

In February, China reportedly deployed a missile defence system in the South China Sea and Shenyang J-11 and Xian JH-7 jet fighters on Woody Island in the Paracel archipelago.

The same facilities are being developed at Fiery Cross Reef, Subi Reef and Mischief Reef in the Spratly groupings, which might be completed by the end of this year.

In early March, the USS John S Stennis, a Nimitz-class aircraft carrier, patrolled the eastern part of the South China Sea to ensure safe passage for vessels through international waters. 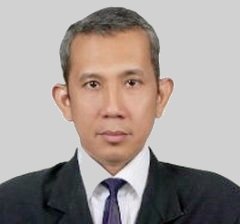 Moreover, the operation was in line with the Pentagon's statement in January 2016, that the "US will fly, sail and operate anywhere international law allows.

"That is true in the South China Sea, as in other places around the globe," it added.

China has responded harshly, accusing the US of being the one doing the militarisation with the deployment of advance ships.

There were more worrisome incidents in March, May, and June this year between Indonesia and China.

Under the UN Convention on the Law of the Sea (Unclos) provision, Indonesia has the sovereign right to explore the natural resources within its EEZ.

The incident came into the spotlight because Indonesia, which for some years has taken a neutral position in the South China Sea dispute, was forced to challenge China's incursion in Indonesia's legitimate waters under Unclos.

The Indonesian authority found a map aboard the Guibeiyu 27088 that was seized in May. The map identifies China's "traditional fishing ground" in Indonesian waters surrounding the Natuna Islands.

Aside from the map, the term "traditional fishing ground" is not known under Unclos, which Indonesia and China are part of.

The term used by Unclos is, "traditional fishing rights", a concept different to China's.

This article, however, does not dwell on this issue.

As history has shown, China does not hesitate to use military force to support its claims. China used military force to the seize reefs Co Lin (Colins), Len Dao (Landsowne), Gac Ma (Johnson South) in the Spratly archipelago from Vietnam in 1988.

China's spending on defence is huge and alarming to its neighbours Vietnam, the Philippines, and others who have disputes with China in the South China Sea.

Many analysts believe that China's actual defence spending is much higher than the published figure.

China's aggressiveness was discussed at the US-Asean Summit in Sunnylands, California, in March this year.

On the South China Sea issue, the nations present at the summit said there was a need to maintain peace, security and stability in the region and ensure maritime security and safety, including the rights of freedom of navigation and overflight and other lawful uses of the seas.

Given the worrisome developments in the region, it is time for Indonesia to assume its de-facto leadership in Asean.

As the founder of Asean and a non-claimant in the South China Sea issue but having its sovereign rights in the EEZ violated by China, Indonesia must carry out its constitutional mandate to play a role in upholding peace and security in Southeast Asia while defending its sovereignty.

Indonesian President Joko Widodo's visit to Natuna waters has sent a strong message to China that Indonesia will not compromise its sovereignty and territorial integrity.

The public nevertheless expects more than just a presidential visit to Natuna; it wants broader leadership in Asean.

Indonesia needs, again, to encourage Asean unity and centrality. One should know that Asean, again, is facing a challenge even more complex than those in 2012.

It is thus important for Indonesia to convince all of the Asean members and other users of South China Sea sea lines of communications to uphold regional peace and security.